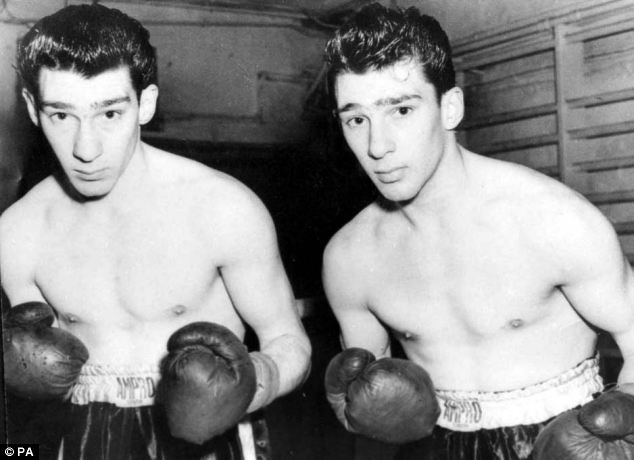 The Kray twins, Ronald and Reginald, are facing life sentences after being found guilty of murder at the Central Criminal Court.

The jury deliberated for six hours and 55 minutes before returning the unanimous guilty verdict for the murder of Jack McVitie.

Christopher and Anthony Lambrianou and Ronald Bender were also found guilty of murder.

Anthony Barry was found not guilty of murder and discharged. Albert Donaghue who pleaded guilty to being an accessory to murder earlier in the trial will be sentenced tomorrow.

The Kray’s elder brother, Charles, Frederick Foreman and Cornelius Whitehead were all found guilty of being accessories to the murder of Mr McVitie.

The accused were brought up into the dock one, by one, to hear the jury’s verdict.

The Old Bailey trial has lasted 39 days so far, the longest and most expensive-ever held at the London court.

In the dock were 10 men, the judge tried to make them wear numbers to make life easier for the jury, but the twins just ripped them off.

The court was told how Ronald Kray shot dead George Cornell in front of customers at the Blind Beggar pub in the East End in 1966 for calling him a “fat poof”.

It also heard how Jack “The Hat” McVitie was repeatedly stabbed by Reginald Kray in a north London flat while his brother held him down. Their elder brother, Charles, was convicted to helping to dispose of the body.

After the verdicts, the judge turned to the jury and thanked them for the “devoted and selfless attention” they had given to the evidence.

He added: “You set a standard with which I shall judge all juries in the future.

The Kray twins were both sentenced to life imprisonment with a recommendation they should be detained for a minimum of 30 years – the longest sentences ever passed at the Old Bailey for murder.

Charles Kray was jailed for 10 years.

John Barrie, Christopher and Anthony Lambrianou and Ronald Bender were all given life. Frederick Foreman was jailed for 10 years. Cornelius Whitehead was sentenced to seven years. Albert Donaghue was jailed for two years.

In April, the Krays were back in court again, pleading not guilty to the murder of Frank “Mad Axeman” Mitchell. They were cleared of murder – but Reginald Kray was convicted of plotting Mitchell’s escape from Dartmoor eleven days before he died.