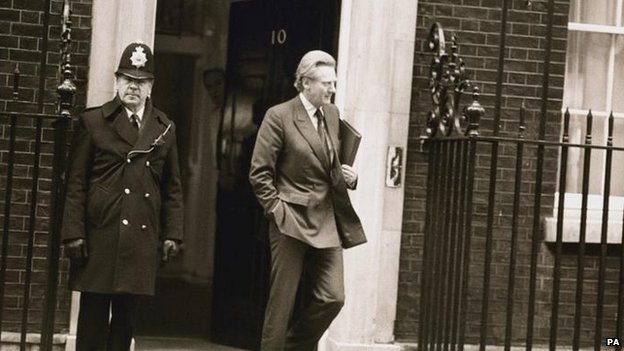 The Defence Secretary, Michael Heseltine, has resigned from his Cabinet job in a row with Prime Minister Margaret Thatcher over the Westland affair.

Mr Heseltine stormed out of a meeting at Number 10 today saying his views on the future of the Westland helicopter company were being ignored.

He said the final straw came when Mrs Thatcher insisted all his public comments on Westland would have to be vetted by officials before being released.

In a statement to reporters later this afternoon, Mr Heseltine said: “If the basis of trust between the Prime Minister and her Defence Secretary no longer exists, there is no place for me with honour in such a Cabinet.”

The row over the company’s future has split the Cabinet.

Mr Heseltine was alone among ministers backing a European consortium’s rescue package – while Mrs Thatcher favoured the deal being proposed by the American Sikorski Fiat group.

Mr Heseltine – with the backing of the Defence committee – claimed the European deal, which was initially worth more financially, could form the basis of a strong arms industry to rival the Americans.

Critics claimed the orders were based on aircraft still in the design stage.

Westland’s directors are urging shareholders to back the Sikorski package.

The American group has now offered to match the European offer.

Its orders are also seen as more secure, because they are linked to aircraft already in production.

Mrs Thatcher has appointed George Younger to replace Mr Heseltine as Defence Secretary. Malcolm Rifkind will take over the vacant role of Secretary of State for Scotland.

Mr Heseltine’s sensational departure from his Cabinet role is bound to fuel rumours that he is aiming for the top job, as Conservative party leader.

Leon Brittan was forced to quit as Trade and Industry Secretary after admitting he had authorised the leaking of a government law officer’s letter criticising Mr Heseltine.

In 1990 Mr Heseltine unsuccessfully challenged Mrs Thatcher for the Tory party leadership – which led to her downflall.

He left the House of Commons in June 2001, but remains a respected Tory elder statesman whose views are still frequently canvassed. 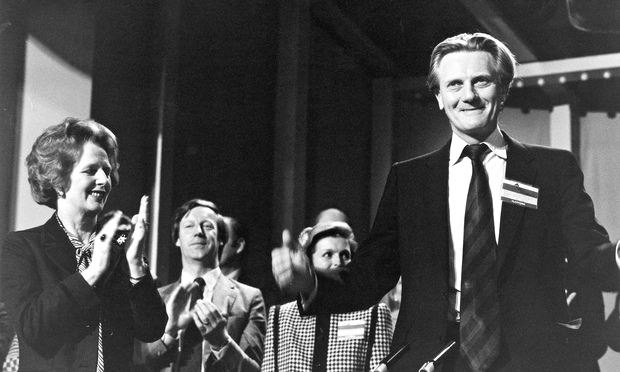