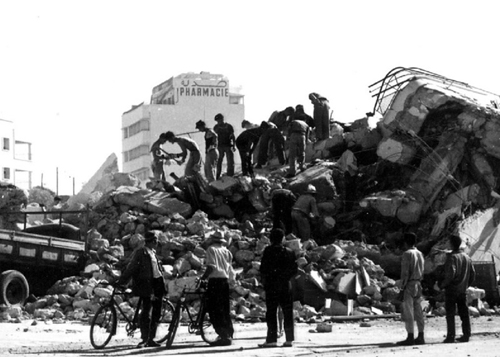 A huge earthquake has devastated the southern Moroccan city of Agadir killing thousands.

A major operation is now underway to rescue scores of people, including many tourists, still trapped under the rubble.

Most of the “new town” area of Agadir has been completely destroyed and the heavily populated Talborit quarter is believed to have been the hardest hit.

The number of dead currently stands at more than 1,000 although some have suggested the toll could rise to as many as 20,000.

The earthquake, which measured 6.7 on the Richter scale, hit the city at 2339 hrs (local time) tonight. 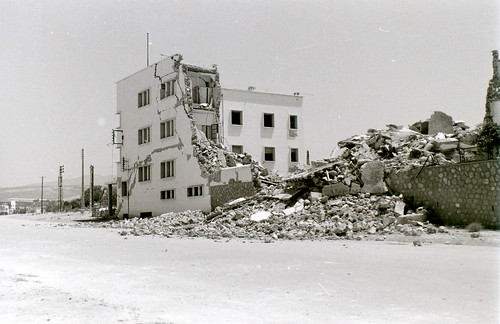 It lasted for more than 10 seconds and was accompanied by a massive tidal wave which added to the destruction. Fire broke out across the city soon afterwards.

Eye-witnesses report hearing screams and cries for help from those trapped.

A British tourist, staying in one of the city’s luxury hotels, told the Times newspaper: “It was very frightening, and within a few moments masonry was dropping all around us.

“The lights went out and there was complete darkness. For a moment we just sat, not knowing what was happening.”

Another said: “I was reading in bed in my room at my hotel when the earthquake came.

“The room seemed to swirl around and then the ceiling collapsed and the walls caved in.”

Rescue teams have been drafted in from Morocco’s main regions and from cities around the world.

Agadir’s airport, which was undamaged, has been set up as a temporary hospital for the injured. Many wounded were flown to Casablanca during the night.

Among the buildings reduced to a pile of rubble were the city’s hospital, the newly-constructed luxury Saada hotel and The National Militia headquarters. 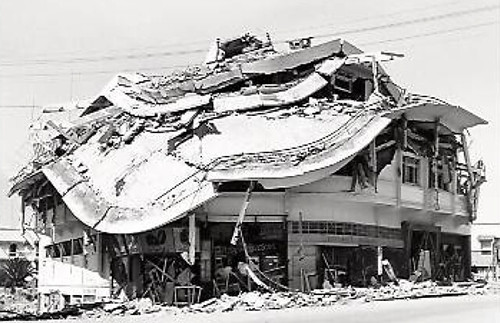 Two days after the earthquake the Moroccan authorities ordered the total evacuation of Agadir in a bid to avoid the spread of disease.

Offers of financial, medical and military assistance flooded in from around the world in the days following the disaster.

A week after the earthquake King Mohammed of Morocco visited the site with members of his family. He pledged that the town would be rebuilt by 1961.

People, including several children, continued to be pulled alive from under the rubble for up to 12 days following the disaster.

The final death toll was 12,000. The earthquake was the worst to ever hit Morocco.

Modern-day Agadir was rebuilt a mile (2kms) south of the earthquake epicentre and is now a seaport and seaside resort with a large sandy beach.

This One-Legged Guy Creates An Amazing Halloween Costume Every Year – See This...

“Perfect Imperfection”: Photographer Captures the Beauty of Animals with Disabilities