Since 1997, artist Gerry Judah has built the main, car-themed structure for the annual Goodwood Festival of Speed in Sussex, England. Held on the grounds of the Goodwood Estate, Judah’s colossal, flying car designs are a sight to behold.

Born and raised in West Bengal, India, Judah and his family moved to London, England when he was 10-years-old. The artist received his BFA from Goldsmiths College, completing his post-graduate studies in sculpture at the Slade School of Fine Arts.

Each year a different corporate sponsor has commissioned Judah for the main festival sculpture. Below you will find the last six years of Judah’s ambitious creations.

It was 80 years ago when the legend of the German racing “Silver Arrows” was born. Stripped of their lead-based white paint, the 1934 Mercedes-Benz W25 – like the example installed here – won at its first outing at the notorious Nürburgring Nordschleife, with Manfred von Brauchitsch at the wheel – and since then, the company’s works cars have always been silver. The other Silver Arrow soaring overhead is the MERCEDES AMG PETRONAS Formula One Team’s F1 W04. This car, chassis number 04, was raced in 15 Grands Prix in 2013 by Lewis Hamilton, most notably to five Pole positions; to victory in the Hungarian Grand Prix; and to third place podiums in Malaysia, China and Belgium.

This sculpture was commissioned by Porsche GB to celebrate 50 years of the Porsche 911. It has three futuristic white, steel ‘arrows’ shooting upwards, supporting and racing each other, each with an example of the 911 at its apex. The models incorporated are the 1963 Original 911, the 1973 911 Carrera RS 2.7 and the 2013 911.

At 35 metres high and weighing over 22 tonnes, each leg is a monocoque made of steel plate welded together with no internal structure. It balances on points at the base that are extremely narrow. The sculpture is finished in a clean white coating, giving it an elegant simplicity. Like the cars it displays, the sculpture is engineered to be lightweight and reflective of the Porsche 911 itself: simple, pure and built for the job.

This sculpture, sponsored by Lotus Cars, displays six historic Lotus Formula One cars driving on a winding road that has been tied into the shape of a half-hitch – or trefoil – knot. The road length is 150 metres, and the whole installation weighs 60 tonnes. There are six classic cars: the Lotus 32B (Jim Clark 1965), Lotus 49B (Graham Hill 1968), Lotus 72E (Emerson Fittipaldi 1973), Lotus 79 (Mario Andretti 1978), Lotus 99T (Ayrton Senna 1987) and the latest Lotus F1 Team challenger.

The sculpture is a triangular section, each of the three sides is a continuously variable curve developable surface made up of flat sheet metal curves rolled up and joined into three-dimensional shapes. The result is a lightweight, extremely strong and rigid thin-shell structure, with no internal framework or core. In automobile terms this is a monocoque body, a tribute to the legendary designer and Lotus founder Colin Chapman’s introduction of monocoque chassis construction to automobile racing.

Very few cars in history have matched the allure of the Jaguar E-Type. The sensational Malcolm Sayer design, 150 mph performance and race-winning heritage gave it a unique combination of beauty, speed and credibility. The E-Type was an overnight sensation when it was unveiled at the Geneva Motor Show in 1961. Despite changing fashions and the passage of time, our fascination with the E-Type is as strong today as it was 50 years ago, and those swooping curves are still as breathtaking as they were when Enzo Ferrari described it as “the most beautiful car ever made.”

Constructed using half a kilometre of 1200mm diameter steel tube, this sculpture to celebrate the 50th anniversary of the E-Type stands 28 metres tall and weighs over 175 tonnes – the equivalent to 135 E-types! A striking tribute to a true motoring icon. 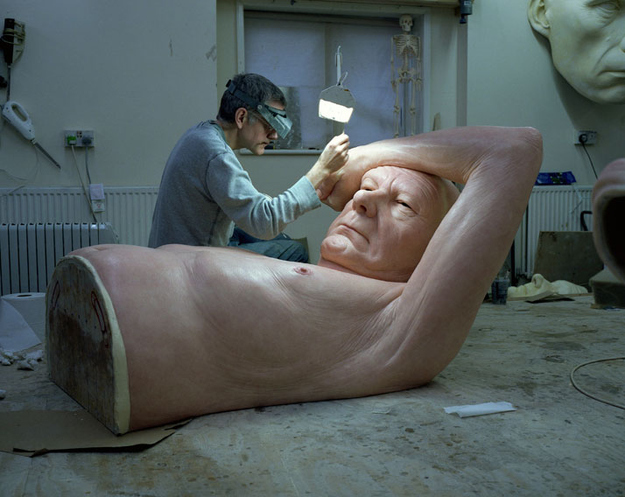 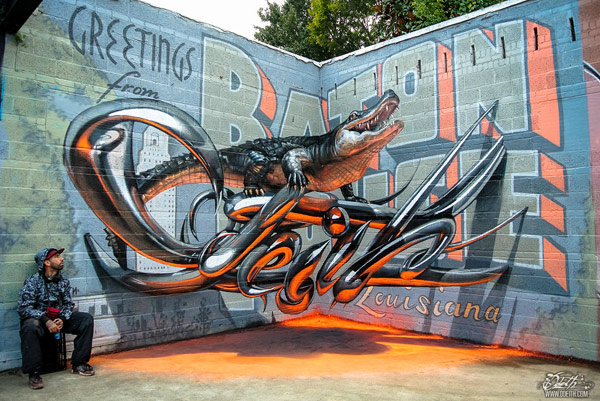 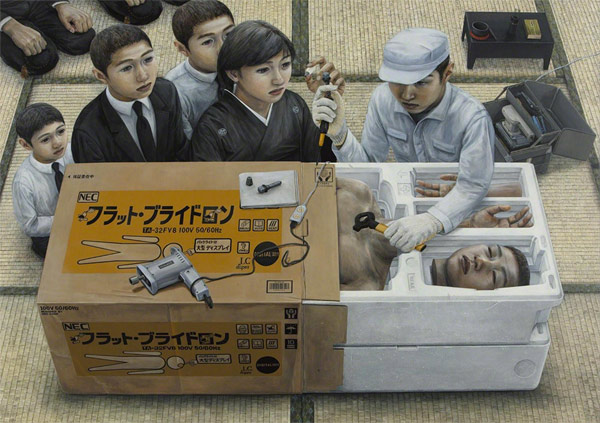 3-Year-Old Boy Dresses His Mum For A Whole Week

20 Of Most Beautiful And Unique Birds From Around The World