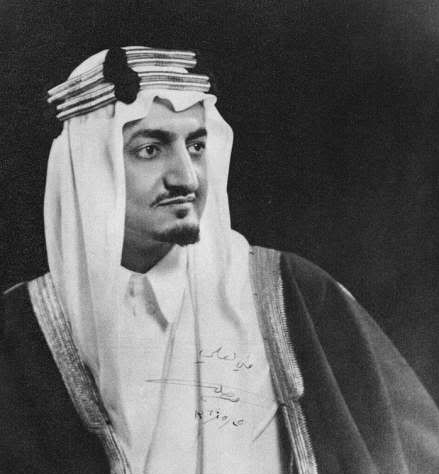 King Faisal of Saudi Arabia has died after a gun attack in Riyadh despite the efforts of doctors to save him.

The king was rushed to hospital still alive and doctors massaged his heart and gave him a blood transfusion but they were unable to save him.

King Faisal was fatally wounded when his nephew Prince Faisal Ibu Musaed allegedly fired three bullets at him with a pistol at point blank range during a royal audience.

According to eyewitnesses, Prince Musaed was waiting in the ante-room and talking to a Kuwaiti delegation who were waiting to meet the king.

King Faisal had bent forward to kiss his nephew but Prince Musaed was reported to have pulled out a pistol and shot him under the chin and then through the ear.

One of the king’s bodyguards hit the prince with his sword, although it was still sheathed.

Oil minister Sheikh Yamani is reported to have shouted to the guard not to kill the prince.

Prince Faisal Ibu Musaed was seized immediately after he attacked his uncle and is being questioned by Saudi police about the assassination.

Doctors and psychiatrists have confirmed that they believe he is “mentally unbalanced”.

Both before and after the assassination Prince Musaed was reported to be calm.

Since the killing, Riyadh has closed down completely for three days of mourning.

King Khalid, the brother of the assassinated king, has taken his place by agreement of the Saudi royal family.

Prince Faisal bin Musaed was later found guilty of regicide and in June 1975 he was executed for the murder of his uncle King Faisal.

The prince was beheaded in the public square in Riyadh. This is the traditional method of execution in Saudi Arabia under Islamic law.

The prince’s motives are still not clear. There has been speculation that he sought to avenge the death of his elder brother Khalid, who died in a clash with security forces in 1966.

At the time of the assassination there were some conspiracy theories although an investigation later found that Prince Faisal bin Musaed acted alone.

Prince Musaed was declared officially insane, according to a “settlement issued by the royal cabinet” following the assassination of King Faisal.