The time between the wars – the Great War and WW2 was one of great loss and uncertainty, but also one ofinvention, creativity and new ideas. However, somewhere between these great world-changing inventions like Penicillin, TV and Helicopter there were some cool and sometimes even hilarious inventions the world has forgotten.

We proudly bring you these 20 cool inventions from the past to refresh your memory. Enjoy! 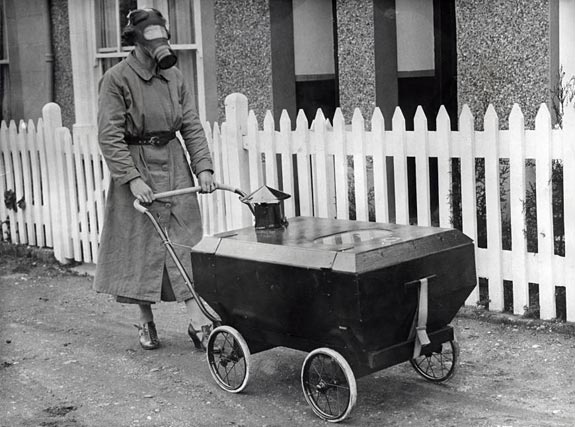 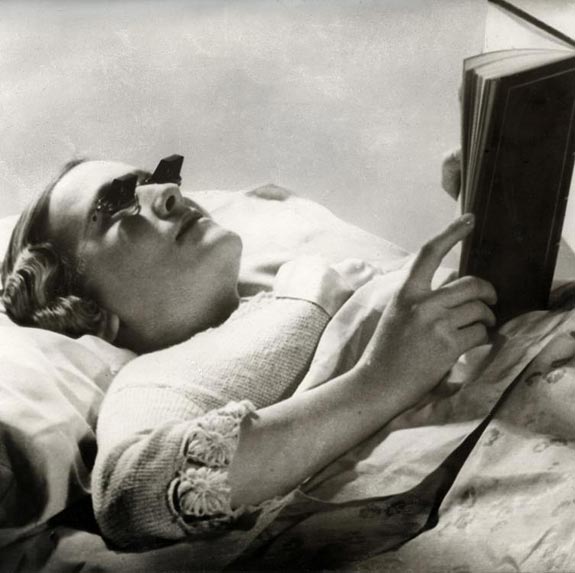 Hamblin glasses. A pair of spectacles especially designed for reading in bed. 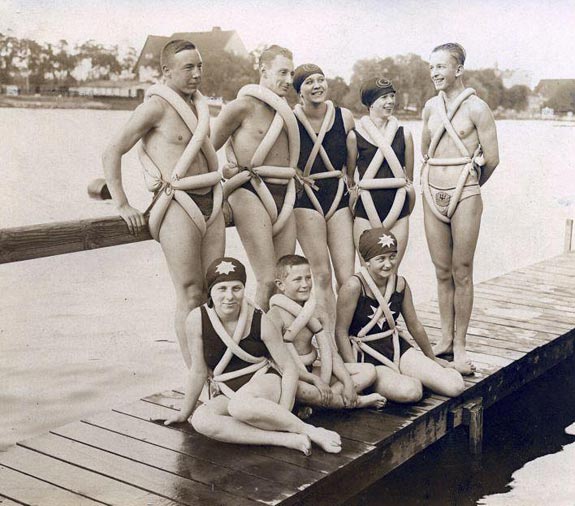 A group of youngsters tied a bike tyre around the body as a swimming aid. 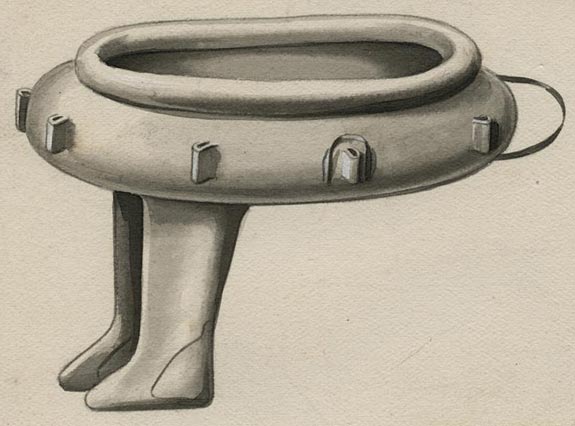 Drawing of a “pneumatic sports- fish and hunt boat”, an inflatable boat for one person with boots attached. 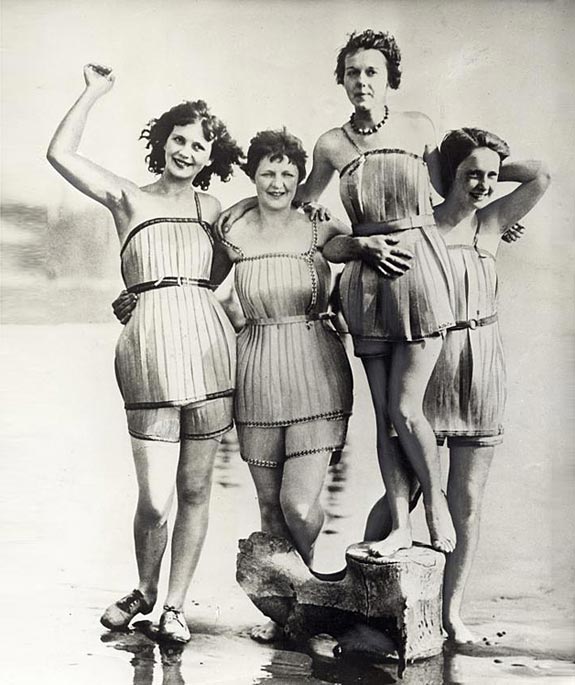 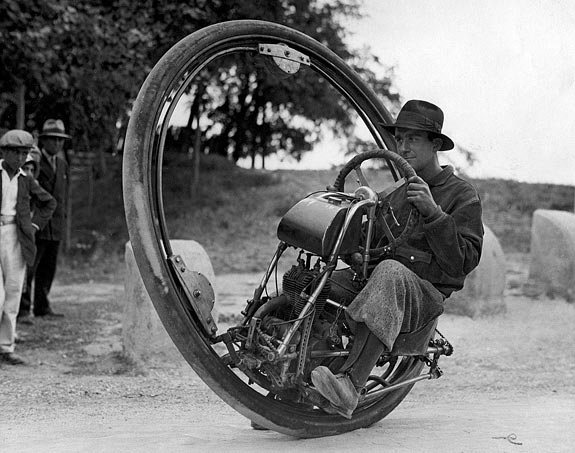 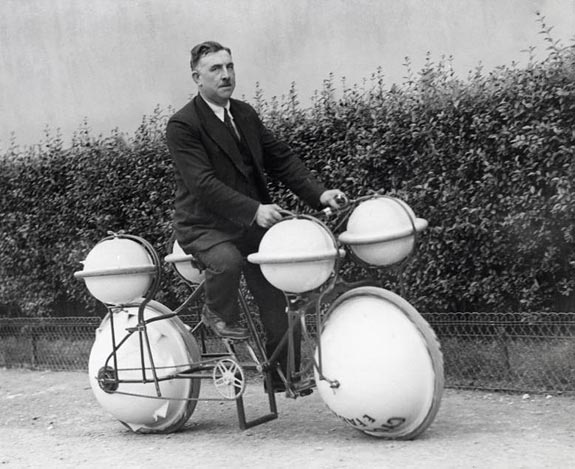 The Cyclomer, a bicycle on land and water can ride with a load of 120 pounds. 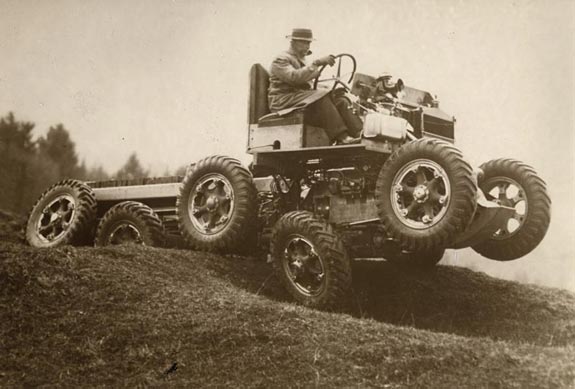 All terrain car able to descend slopes up to 65 degrees. 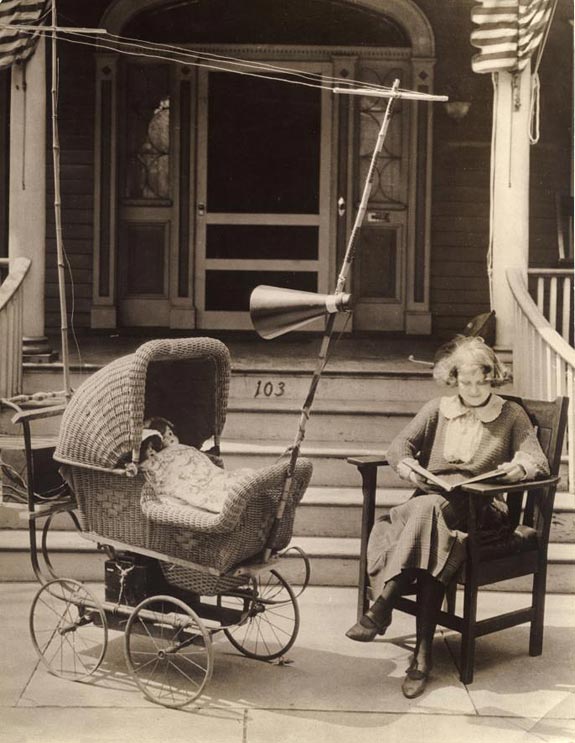 Pram provided with a radio, including antenna and loudspeaker, to keep the baby quiet. 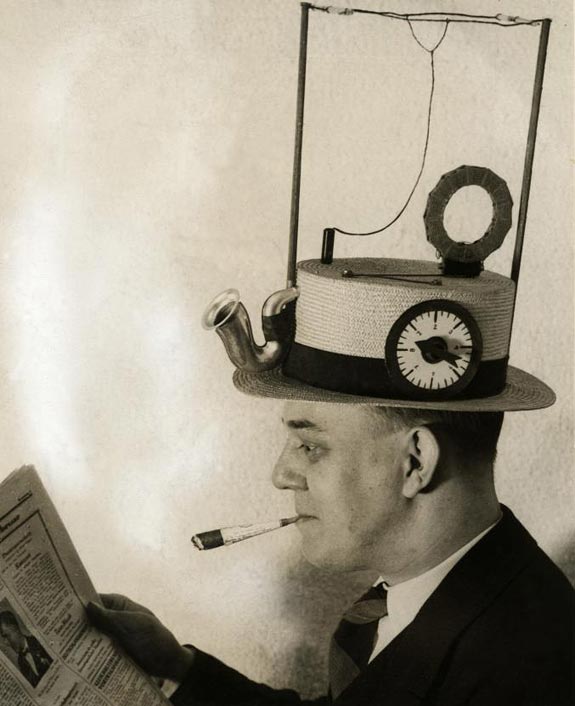 Portable radio in a straw hat, made by an American inventor. 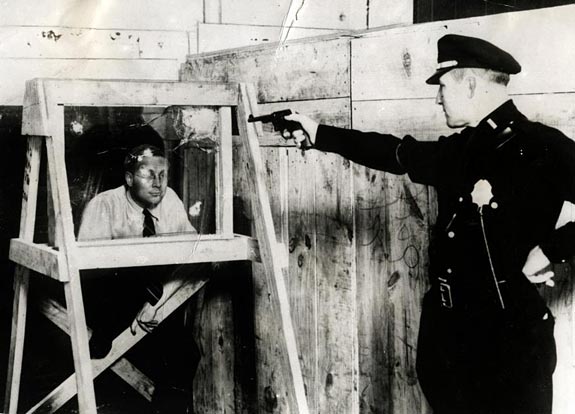 This one is well known, however the testing of the bulletproof glass was too interesting not to include here – demonstration by the best rifle man of the New York police, 1931. 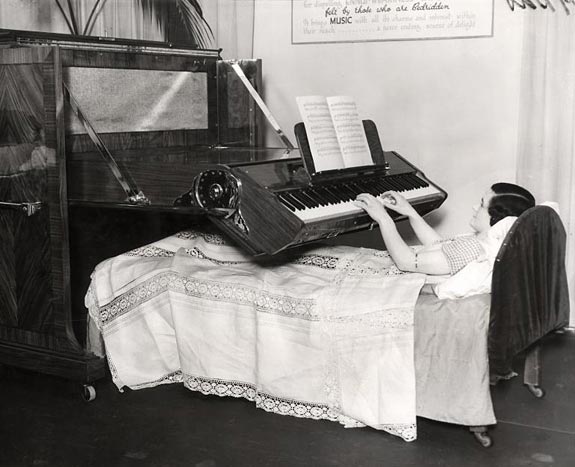 Piano especially designed for people who are confined to bed. 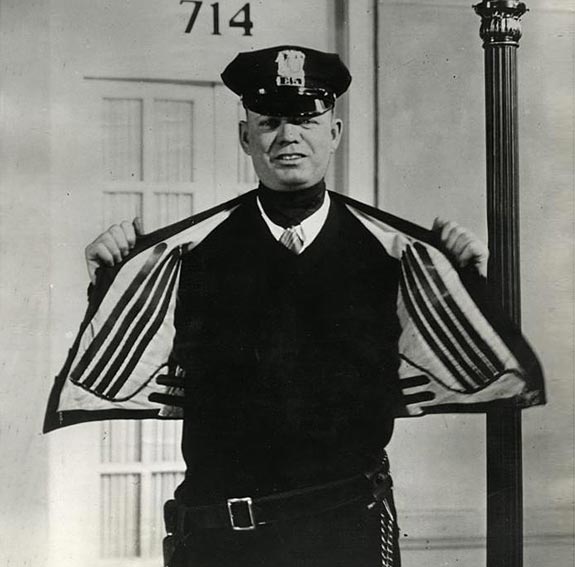 Electrically heated vest, developed for the traffic police in the United States. The power is supplied by electric contacts in the street.

Car With Shovel For Pedestrians (Paris, 1924) 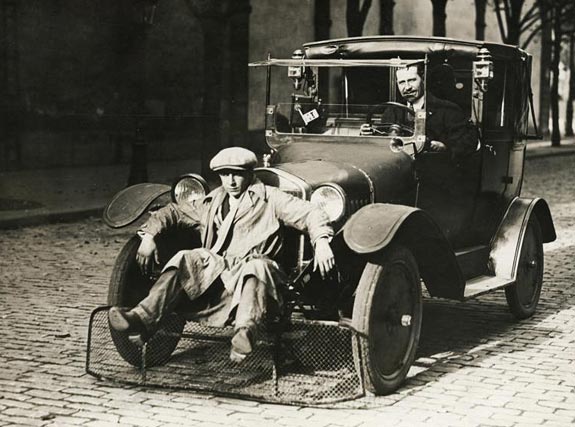 Kind of shovel on a car. Purpose: reducing the number of casualties among pedestrians. 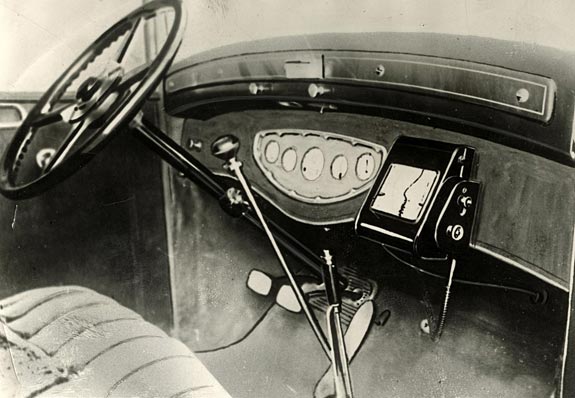 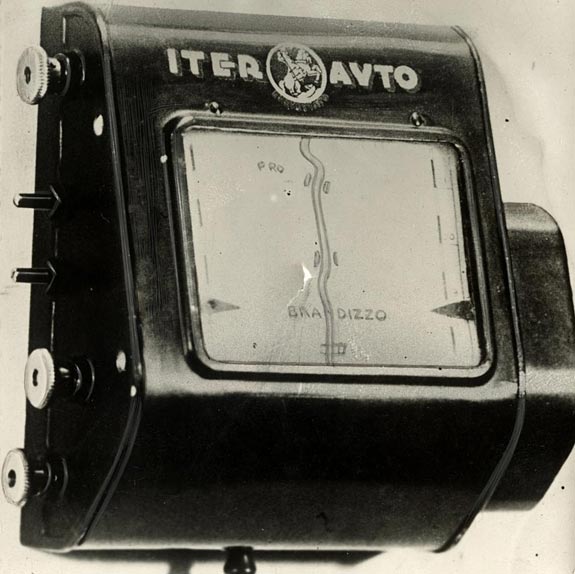 Sort of TomTom, early tripmaster. Works using rolling key map. The map passes the screen in a tempo that depends on the speed of the car. 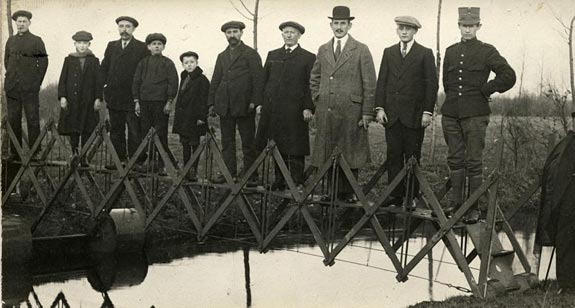 Folding bridge for emergencies, invented by L. Deth can easily be transported on a handcart. 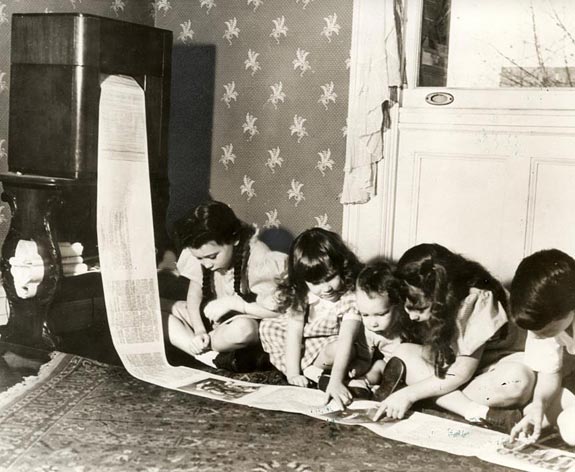 In 1938 the first wireless newspaper was sent from WOR radiostation in New York. Photo shows children reading the children’s page of a Missouri paper. 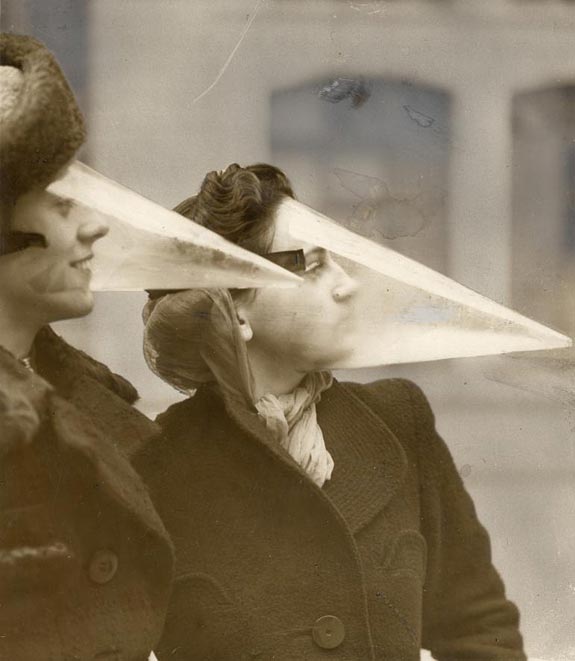 Used to protect ones face from snowstorms. Canada, Montreal, 1939. 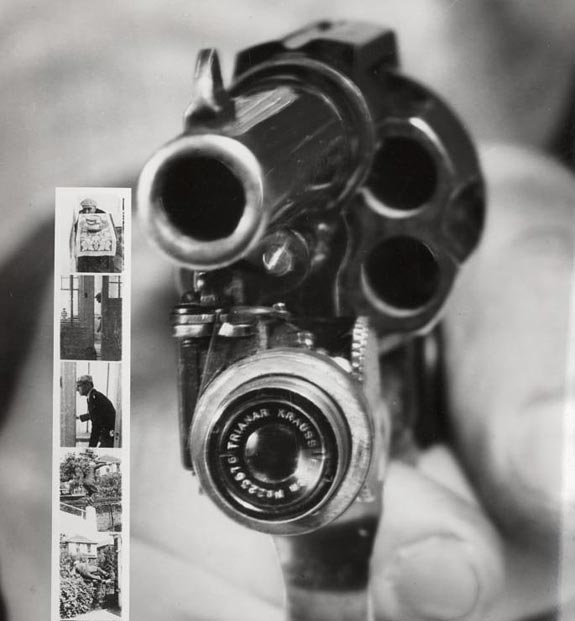 Colt 38 carrying a small camera that automatically takes a picture when you pull the trigger. At the left: six pictures taken by the camera. 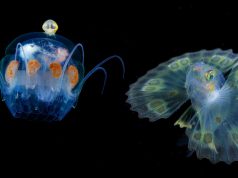 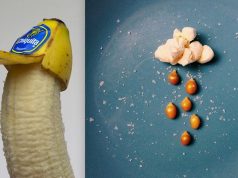 Food Is Transformed Into Art In A Series Of Imaginative Pictures