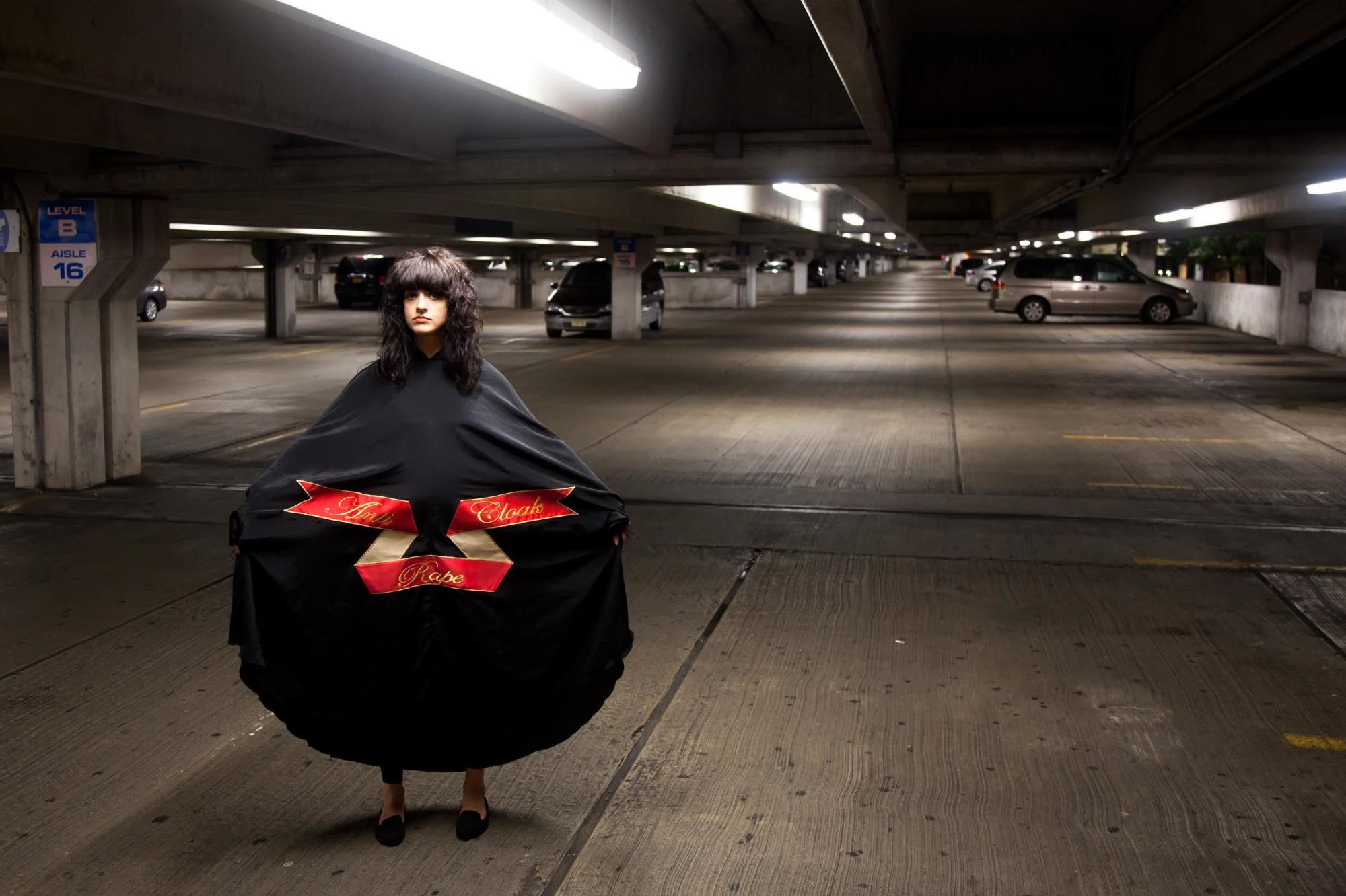 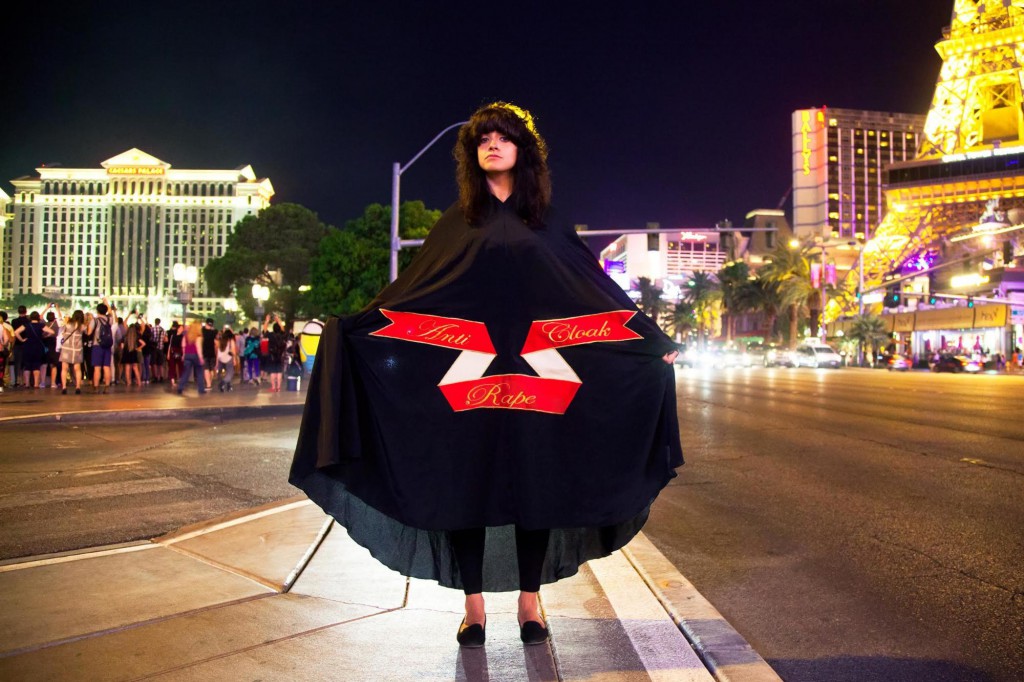 Feminist artist Sarah Maple is known for creating controversial pieces that explore social norms, gender inequality and religious stereotypes, in a way so bald that has often got her in trouble. For example, for her 2008 oil painting Haram, a self-portrait in which she poses in a hijab cuddling a piglet, the artist received a lot of death threats in her inbox while somebody threw a brick through her window at her home. Fortunately, that didn’t stop her.

Maple’s latest project is pushing the envelope: the artist created an ‘Anti-Rape Cloak’ to explore one of the most problematic aspects of rape culture, that of victim-blaming. The practice of blaming rape victims for their attacks because of their clothes or their “provocative behavior” at the time is, unfortunately, a long standing practice in our society that in many cases argues that “they were asking for it” and that “it is their fault”. This sickening myth is crashed by Maple’s ironic garment: the cloak is long and black, covering her from neck to ankle and has the words “Anti-Rape Cloak” emblazoned upon the front. Now, all covered up, she is no longer “asking for it” and she is safe from rape.

Just to be clear, Maple does not actually wants anyone to wear her large, black cloak, she wants to change the way some people think of sexual abuse: women shouldn’t be covered up to avoid being assaulted, people should be educated about consent. As described by The Independent On Sunday, “the heir to Tracey Emin’s throne” is hitting victim-blamers in the face with this powerful work. Truly inspiring.

Photographs of the “Anti-Rape Cloak” along with older works: 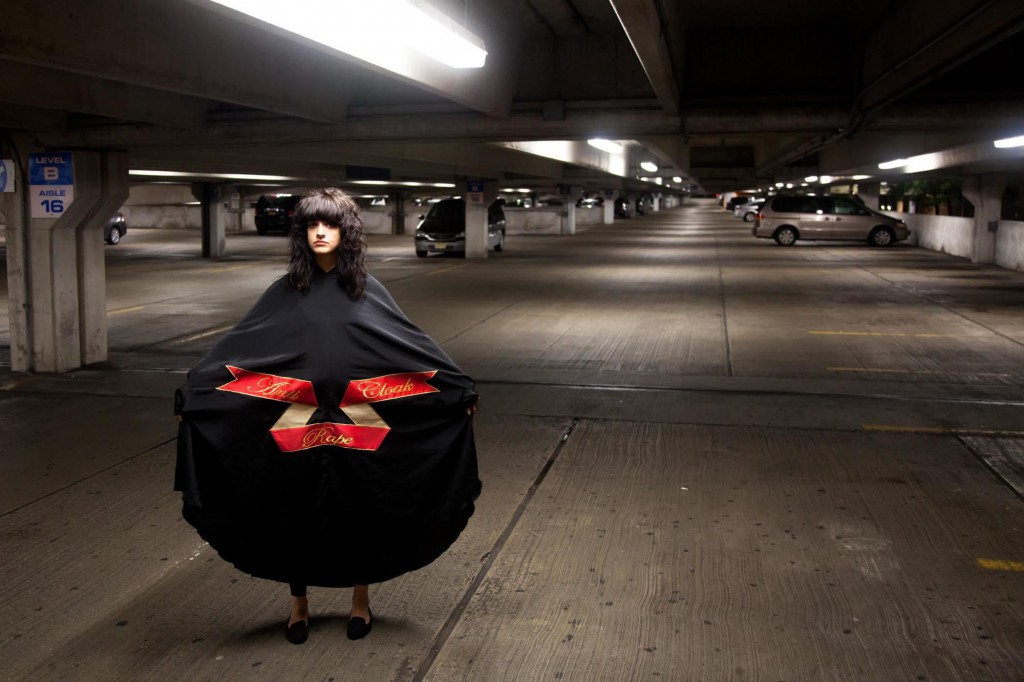 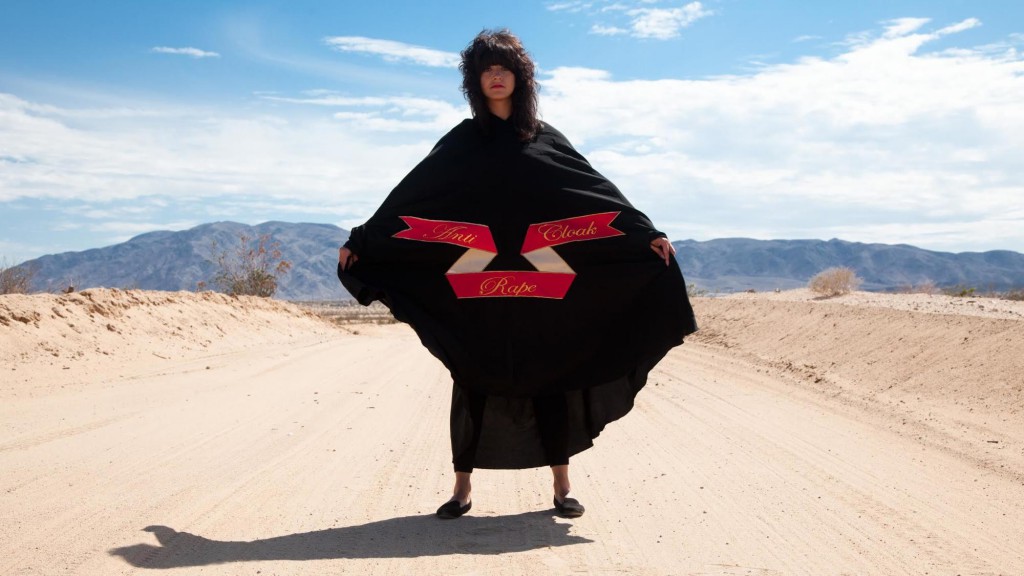 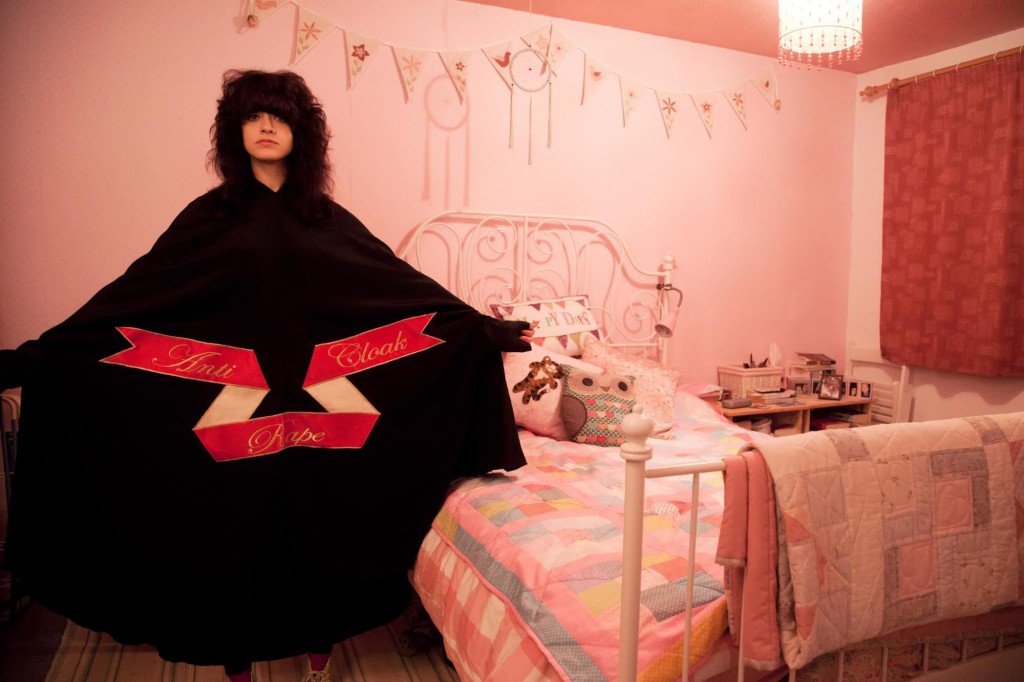 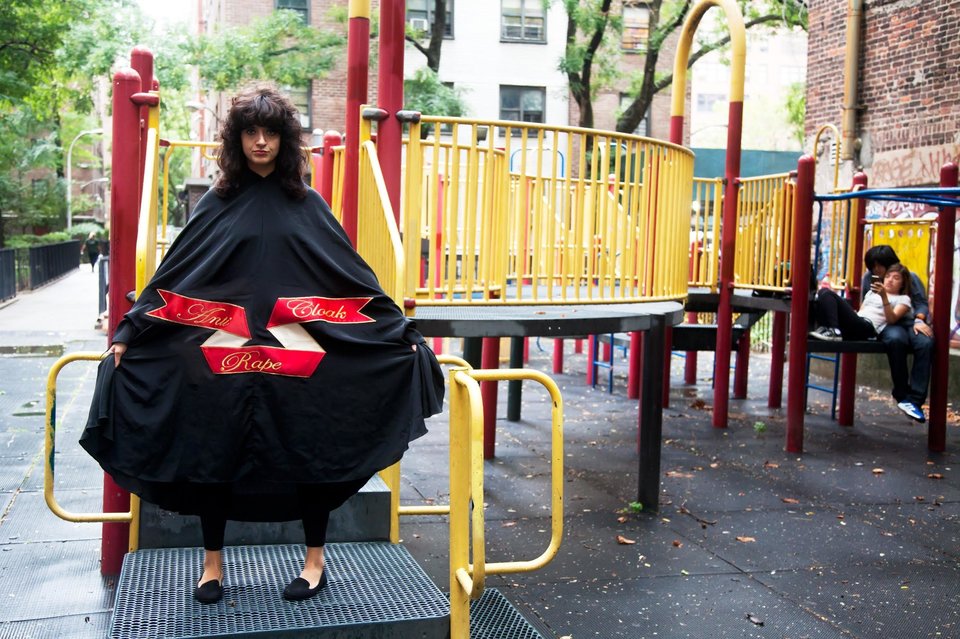 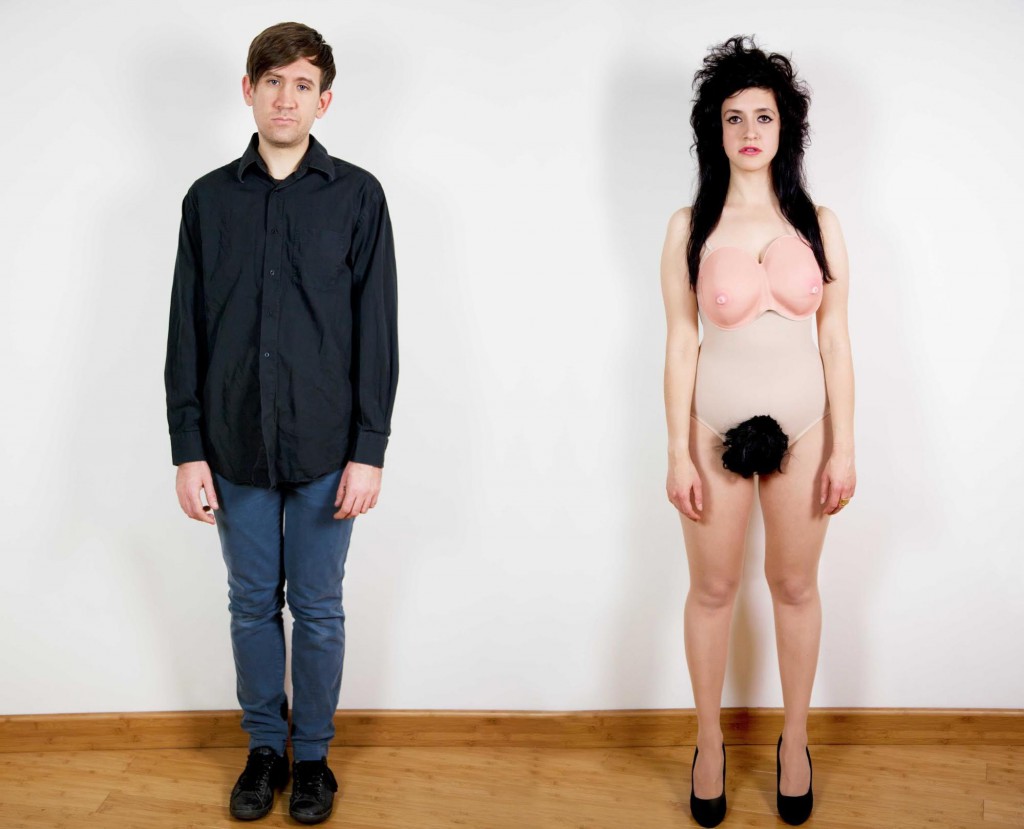 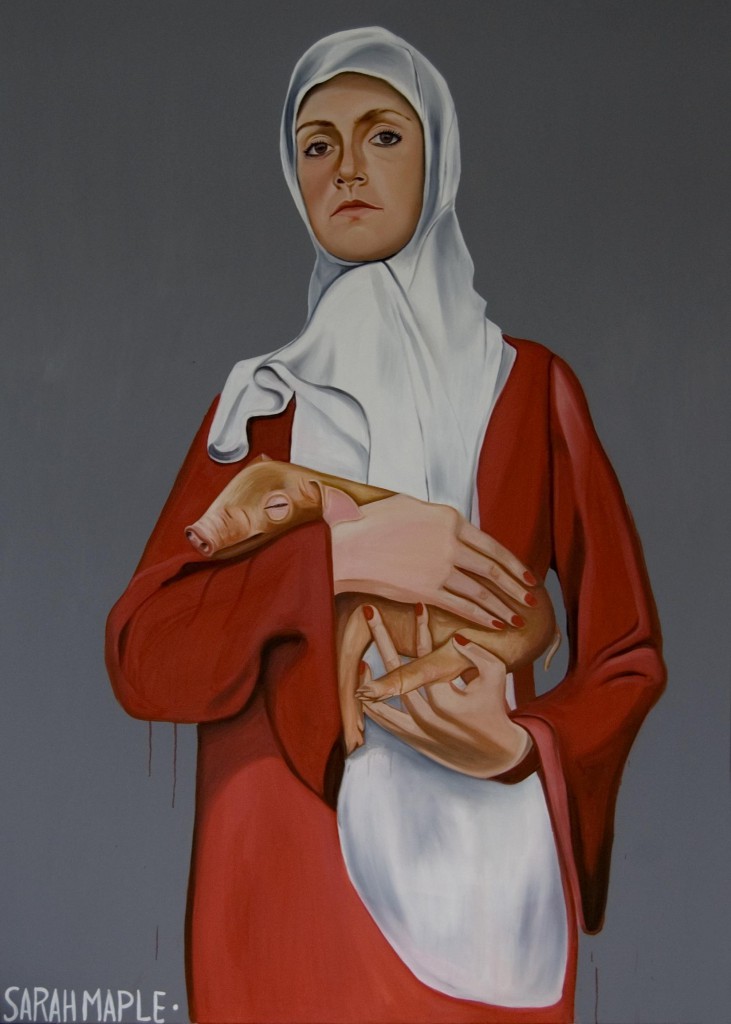 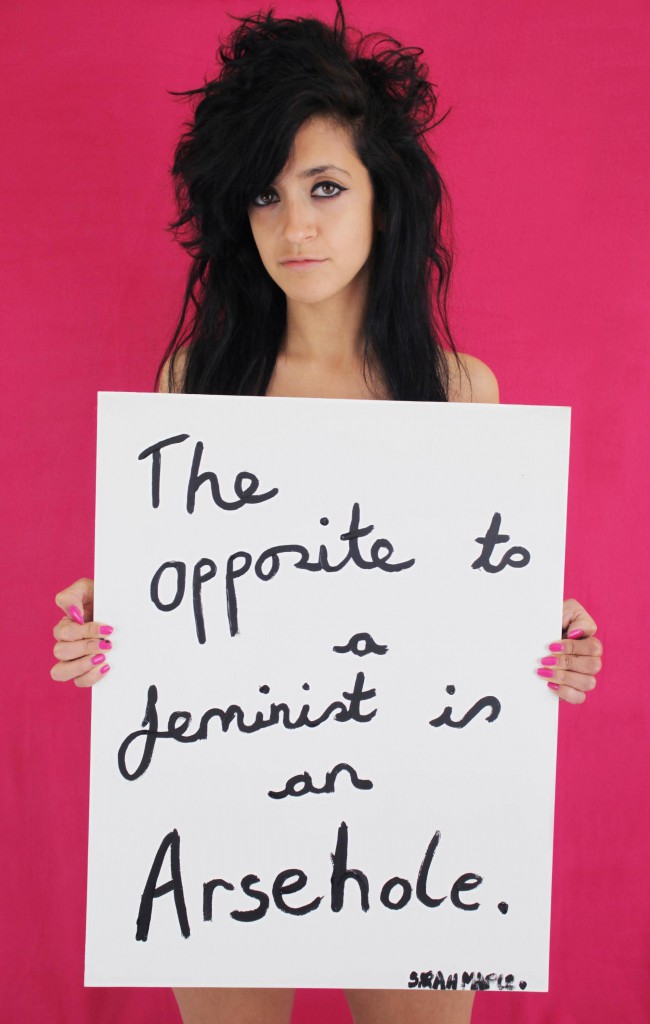