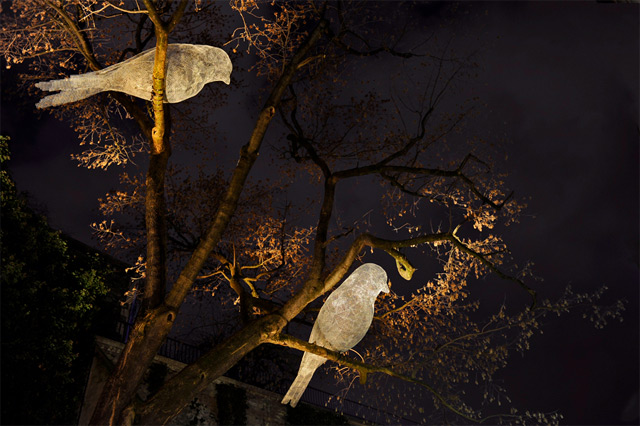 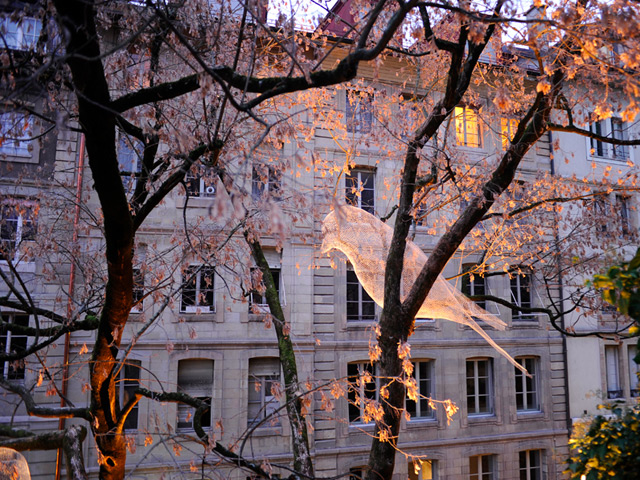 Cédric Le Borgne, Toulouse-based artist, is known for his beautiful, seemingly weightless, faintly and mysteriously luminous creations, taking the forms of floating solitary figures or peaceful, ethereally illuminated animals. For Geneva’s 2012 Festival Arbres en Lumière, an annual tree light festival in the Swiss city, Le Borgne has made a contribution of his own, with a pair of beautiful wire birds. The French artist’s creations, titled Le Désir et la Menace were it lit from below, as his former artworks and were distinguished by the same dreamy transparency, that is identified with his personal style. 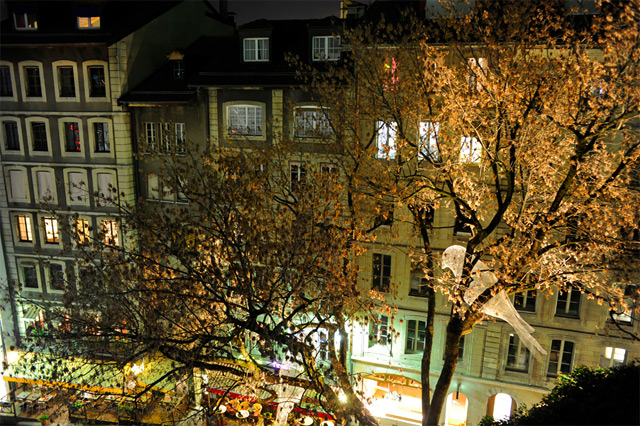 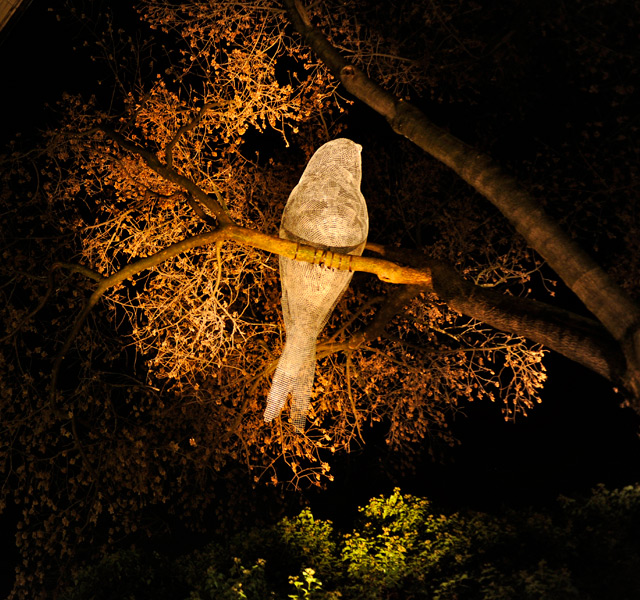 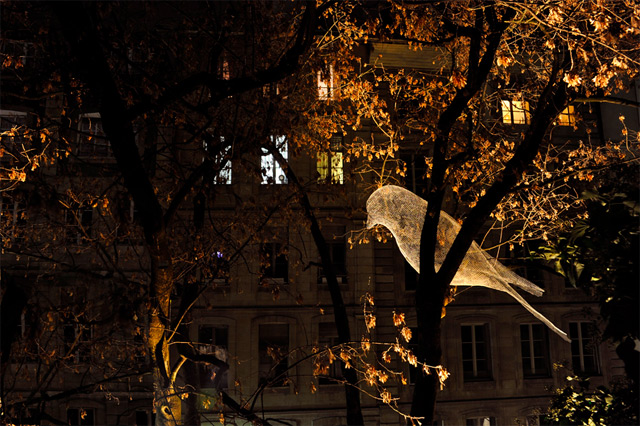