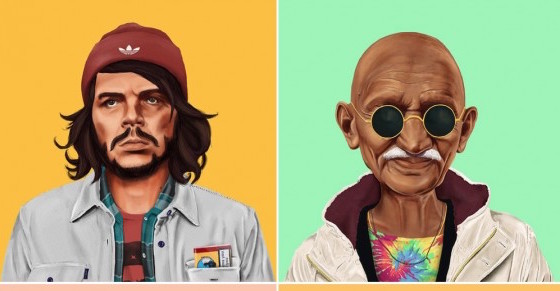 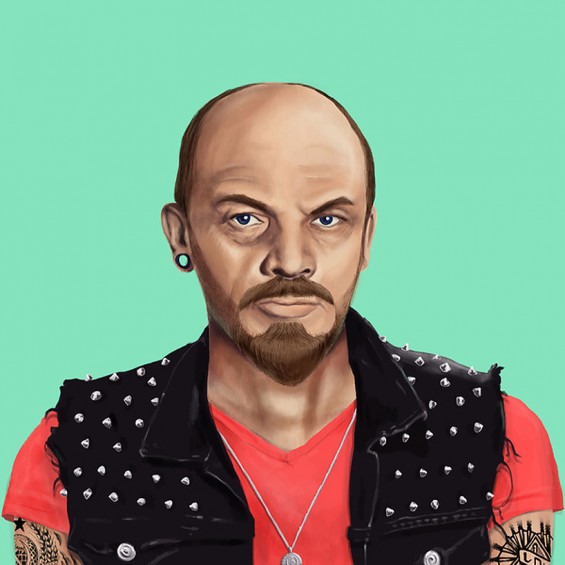 If you’ve ever wondered what your favorite world leaders would look like as hipster, ponder no more. Illustrator Amit Shimoni reimagines presidents, prime ministers and radicals into modern day trendsetters in Hipstory. With an overall, uncanny resemblance to Mad Magazine’s Alfred E Neuman, Shimoni’s portraits of dignitaries such as John F. Kennedy, Margaret Thatcher, and Ghandi give new meaning to nose-rings and Ray Bans. His lighthearted link to the past, just another reminder of our voracious appetite for turning the old, cool again. Even in jest, his subject’s hairstyles remain constant. Who knew JFK’s windswept wave would be in style 50 years later, or that Ghandi’s baldness would be a current fashion statement for both male and female? A few inside jokes include Kennedy rockin’ a Marilyn tee and a tropical patterned baseball jacket on Nelson Mandela.

It’s lighthearted and fun to imagine these historical figures in youth of today clothing and accessories, but deeper meanings prevail. It’s no secret that fashion has the power of showing what side of the fence you’re on. A visual signifier that immediately lets the world know who you’re with. In Ghandi’s portrait, the passive resistance peacemaker is painted in Grateful Dead rainbow t-shirt. If he were alive today, he would most definitely be pro-vegan protesting police brutality. Margaret Thatcher, on the other hand, looking rebellious in riot grrrl gear, could be fronting a punk rock band singing political injustice. The only sour apple of the bunch is Honest Abe. Appearing uncomfortable and moody in rockabilly jacket and gold chain, his apparent awkwardness might mean this trend can only be recycled back so far. The portraits are available for sale on the artist’s site in various incarnations including prints, t-shirts, cell phone skins and more. 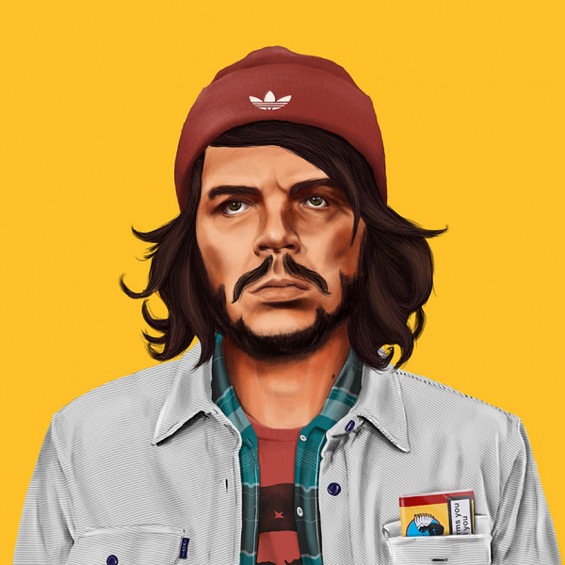 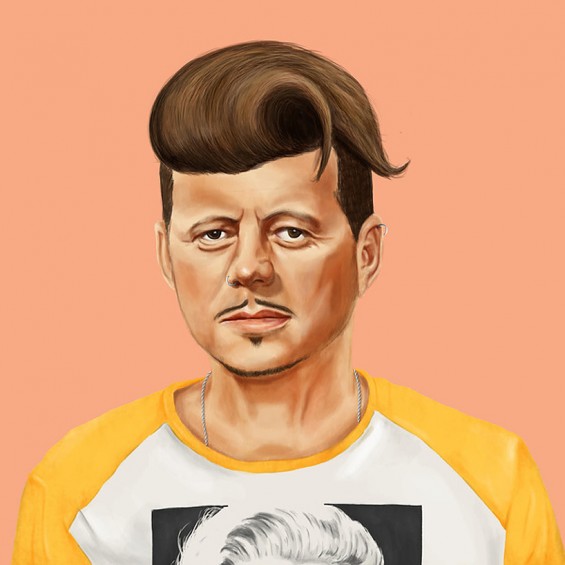 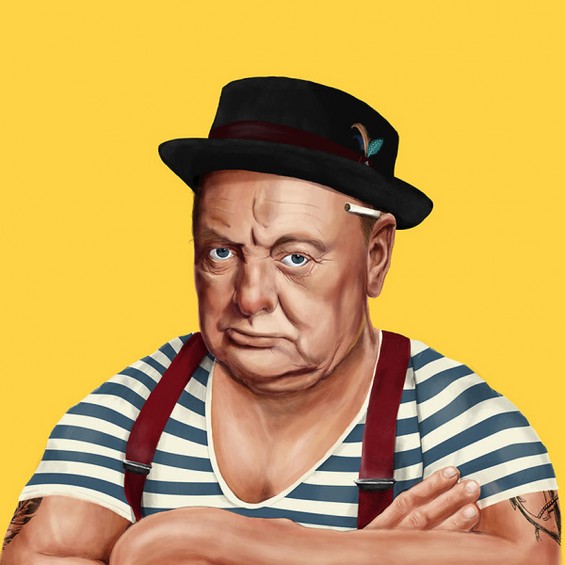 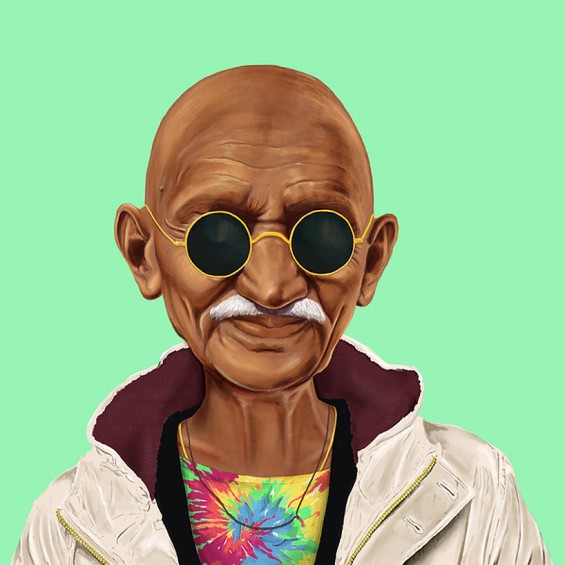 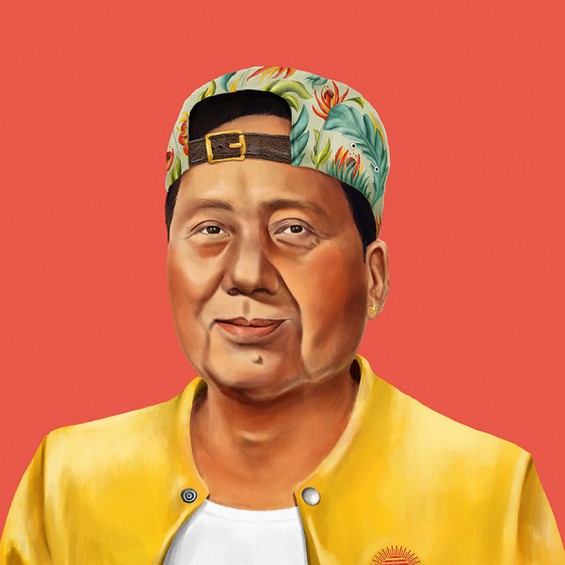 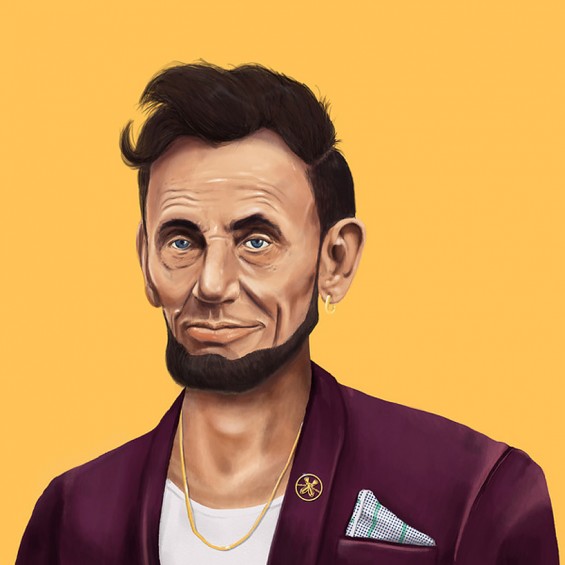 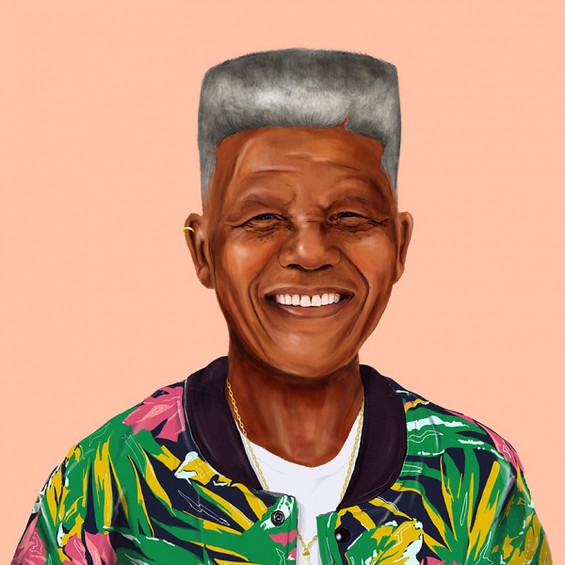 A Dream Within A Dream – by Edgar Allan Poe ( +Documentary about Poe...

School Under A Bridge In New Delhi For Underpriviledged Children