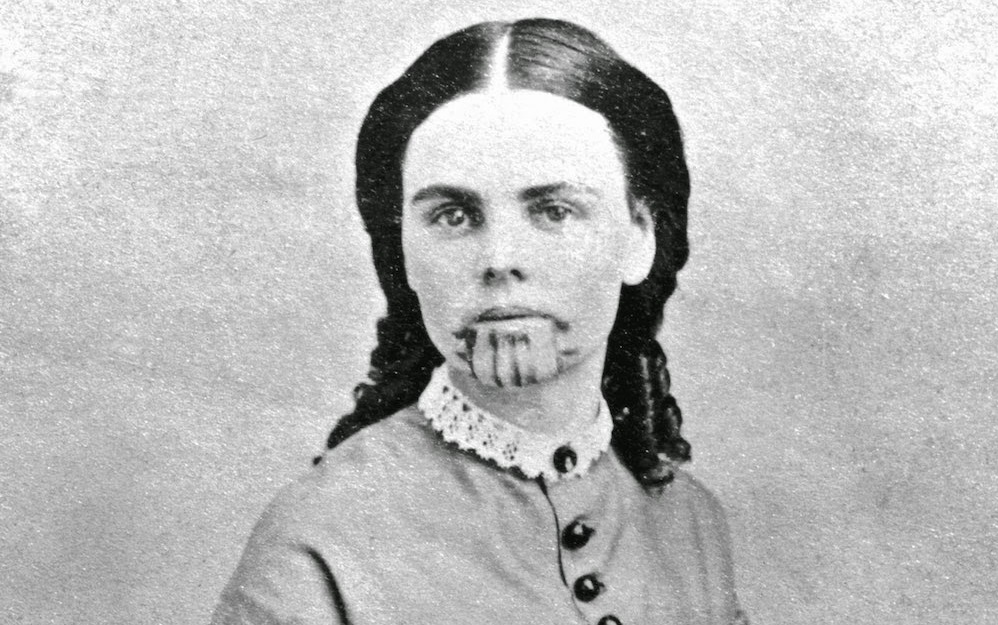 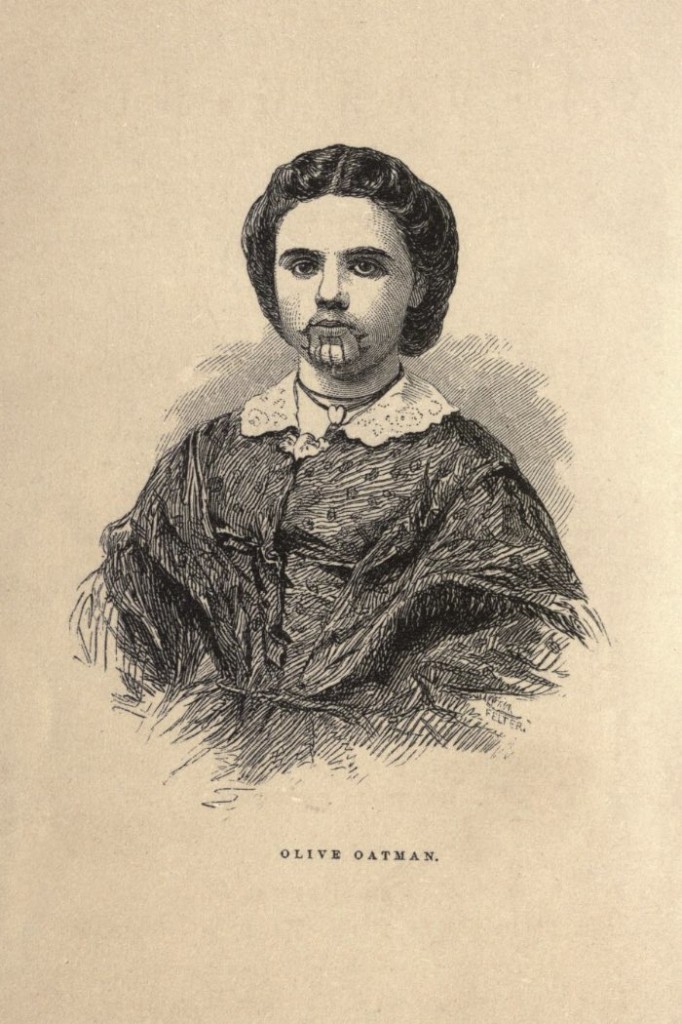 In 1851 Olive Oatman was a 14 year old, traveling with her family from Utah to California. During their train travel a group of Native Americans attacked their train and kidnapped her and her 7-years-old sister Mary Ann.

Olive and Mary Ann lived amongst the Indians for a few years before they were traded to a group of Mohave, and were adopted by the Mohave leader and his wife. The Mohave embraced the girls and tattooed Olive’s chin, something fairly standard in the Mohave tribe, a tradition that led to a good afterlife.

In 1855 Mary Ann died of starvation, due to a severe drought. After a year her sister was ransomed back to her family, becoming a celebrity with her story of how she survived a train attack, abduction and of course a drought. What made her more famous though, was for sure her face tattoo. In 1857, Royal B. Stratton wrote a book about hers and her sister’s life with the Indians, with Olive touring to promote the book and tell her story. 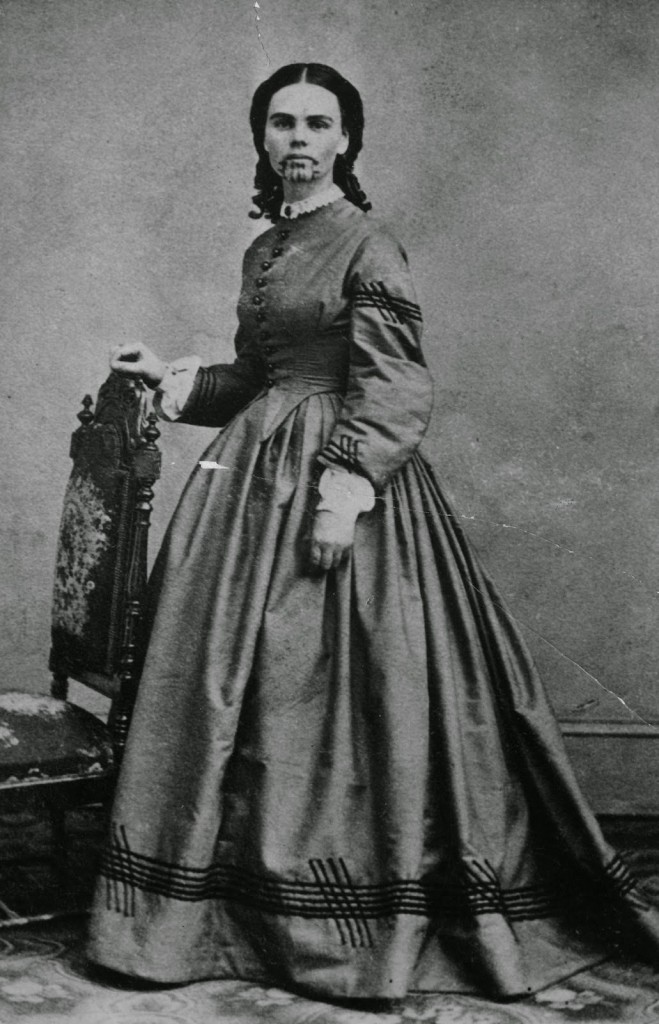 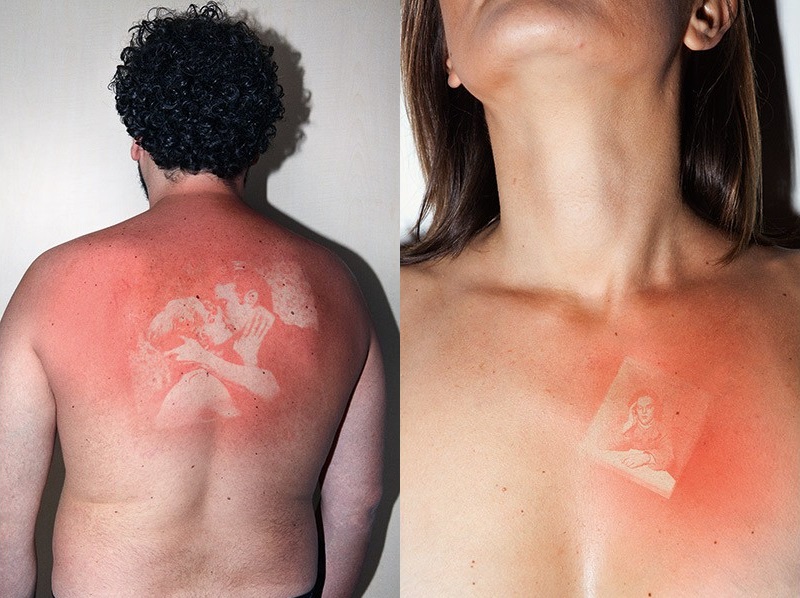 21 of Walt Whitman’s Most Beautiful Quotes

18 Bookstores Every Book Lover Would Wish To Visit

First 3D Printed Pill Has Been Approved By The American FDA