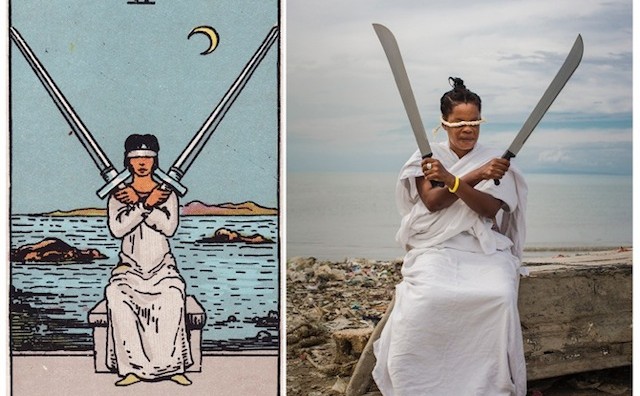 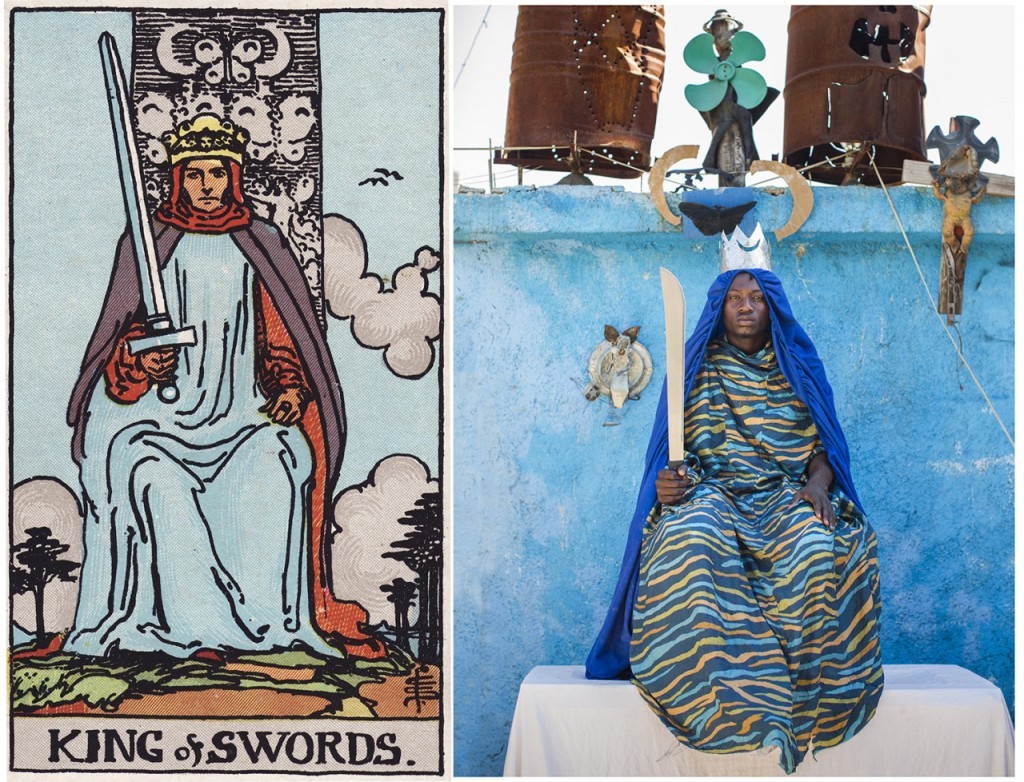 Alice Smeets is a Belgium and Haiti-based photographer who spends her time traveling to and living in Haiti, documenting its people and their lives.

For her series The Ghetto Tarot, Smeets was inspired by the Rider Waite Tarot deck, which she recreated in a series of exceptional photographs, with the help of a group of Haitian artists called Atis Rezistans. The photographer reenacted the scenes depicted in this early 20th century version of the mysterious cards, photographing the Haitian artists in poses similar to the originals. Smeets then combines the original card to the her photographic result, creating a set of provocative, stunning images.

The photographer picked the Haitian slums as her scenery, while the background of her photographs was installed with found objects, or include artworks made by the artists, many of which refer to the Voodoo religion, as a symbol to the meaning of the original cards. 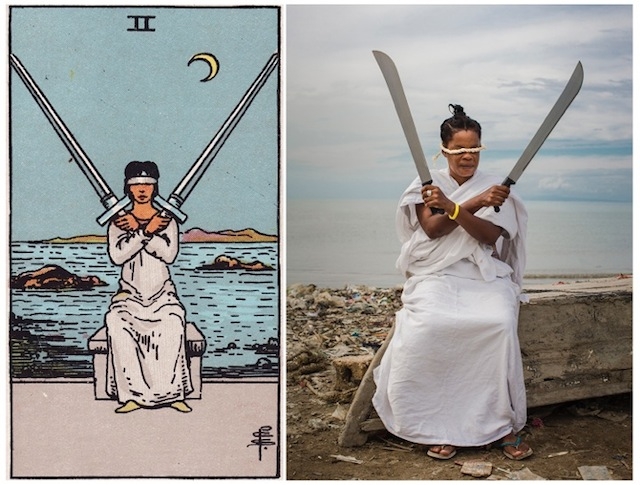 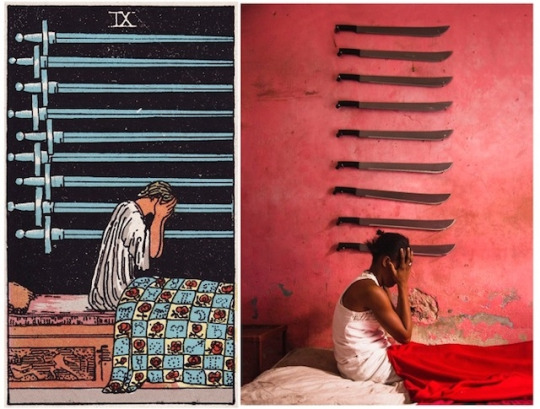 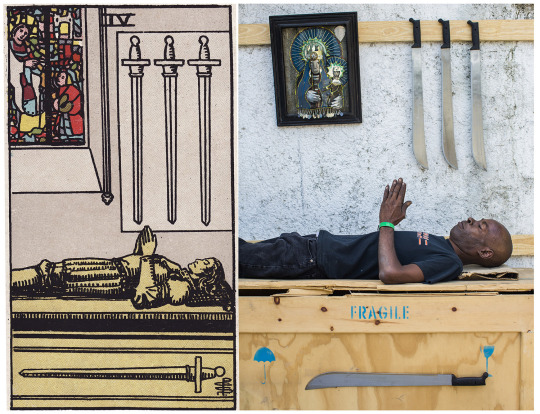 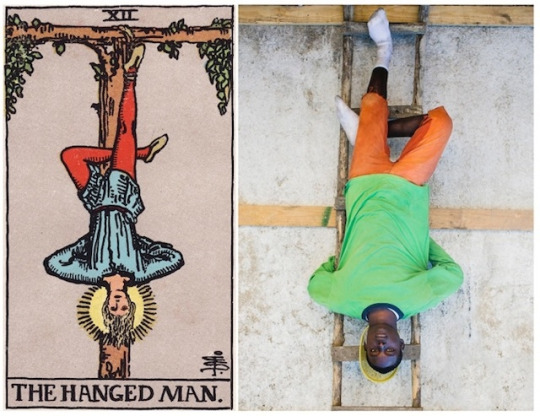 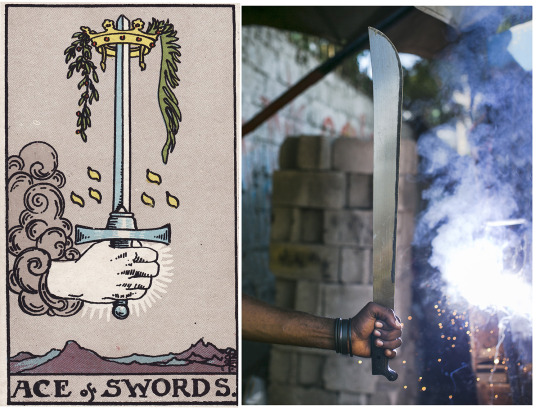 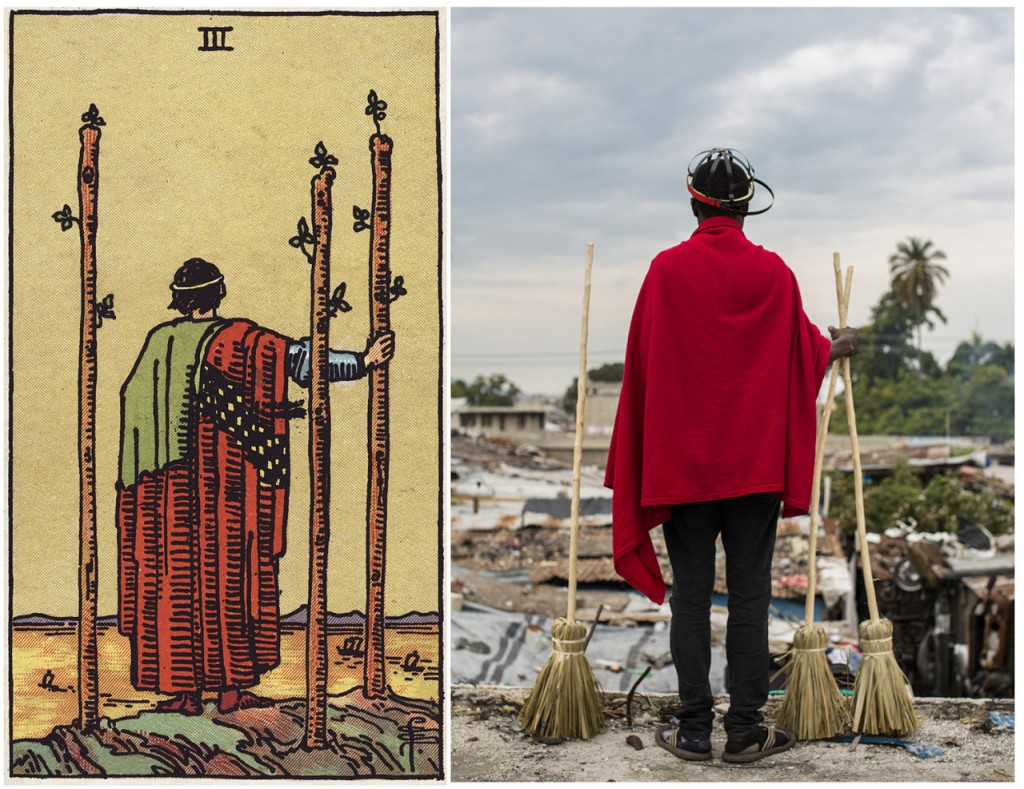 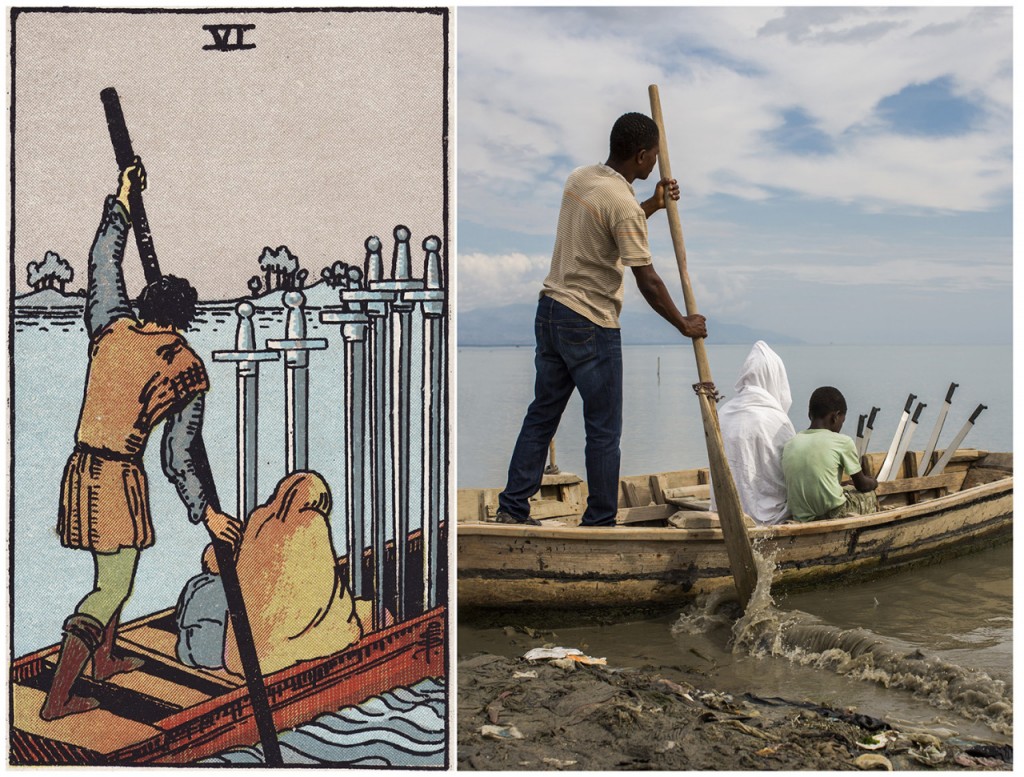 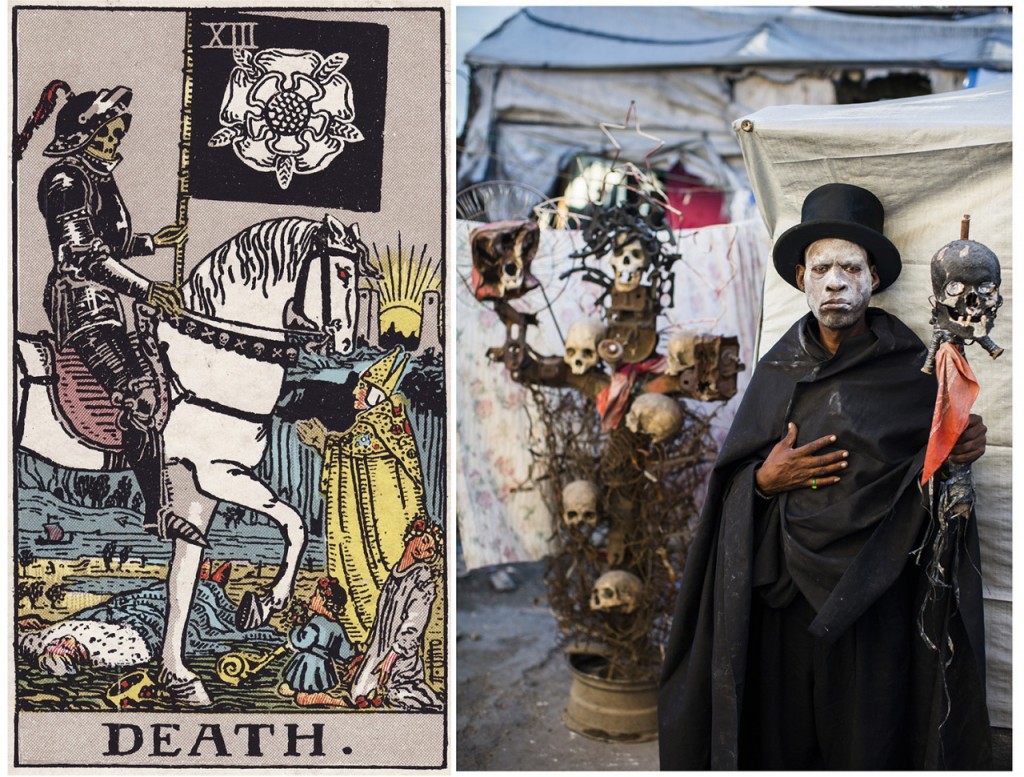 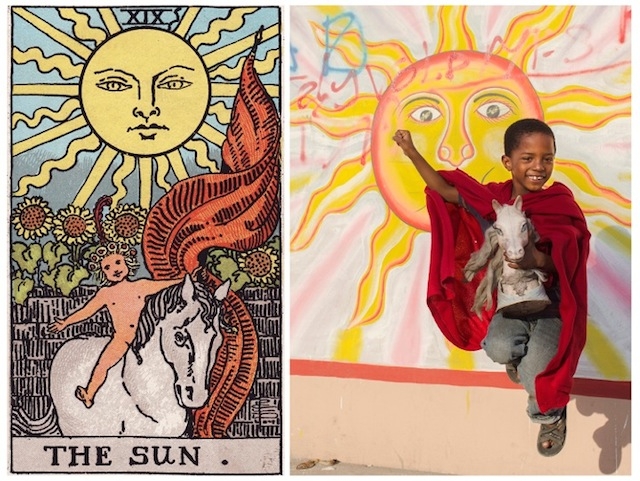 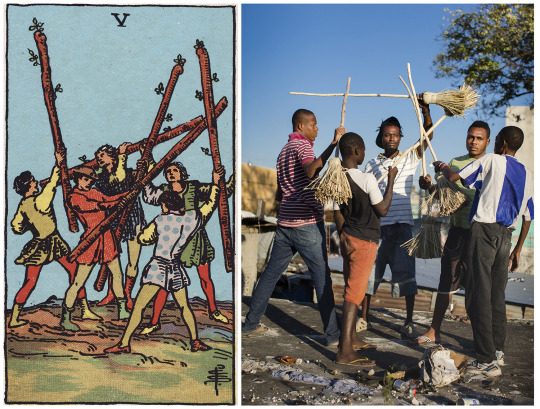 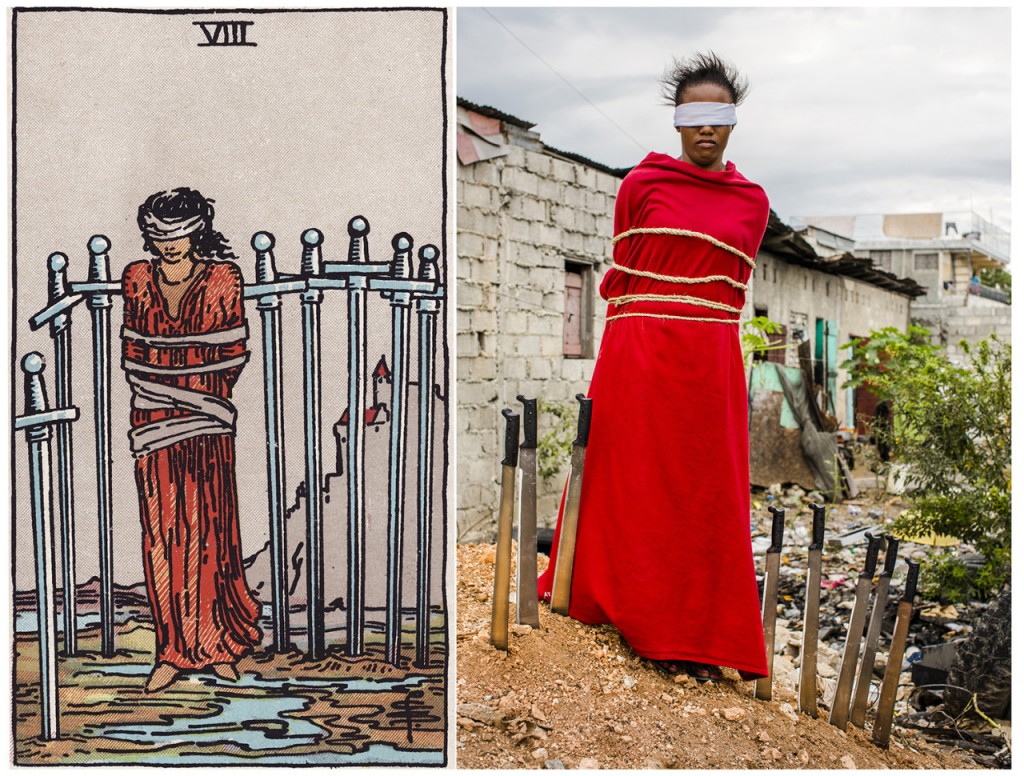