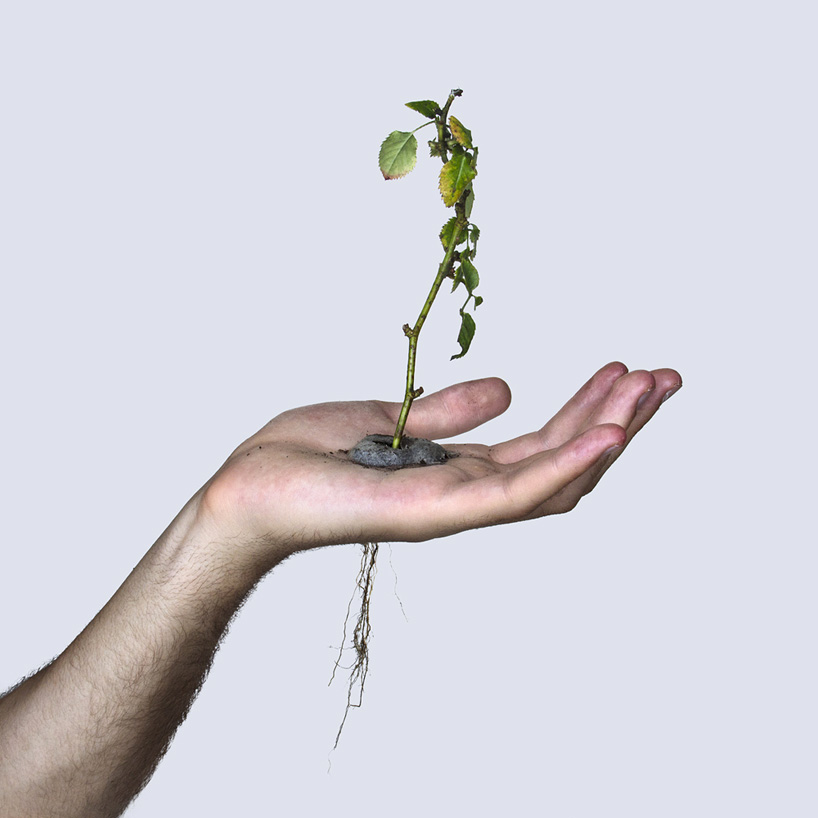 David Catá is a Spanish artist who works with his own body, using it as a canvas. His attraction to the capacity of the human skin as a medium of creative interpretation has led the artist to physically handle his own body. 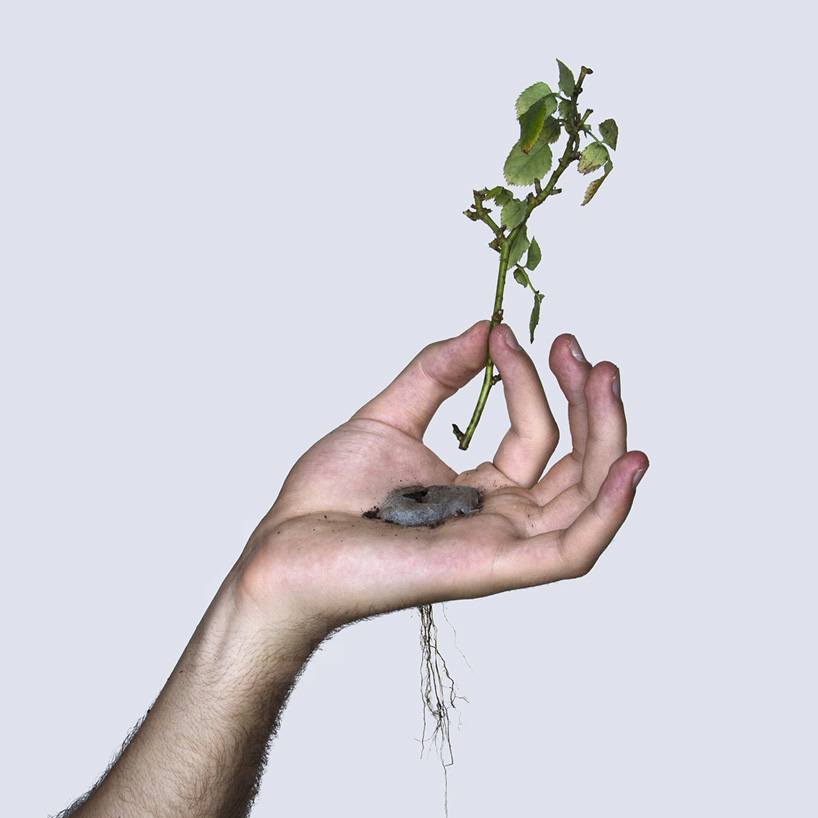 Catá’s venture initially resulted in a series of portraits sewn directly into his hand. His latest projects freshly re-examines this way of expression and Catá again uses his own body and its manipulation for a series of photographs, titled “Raices Aladas”, which translates into “winged roots”. This collection of images is a documentation of the progression and conclusiveness of a plant that grows inside the artist’s palm. A slight pouch is carefully peeled away from the skin and acts as a source of life for the natural growth. It is filled in with soil within which vegetation is planted. David Catá’s project is inspired by Juan Andrés Zúñiga’s poem “Raices Y Alas” which makes an implied comparison of the shedding of the skin with the organic process of a seed becoming a plant. 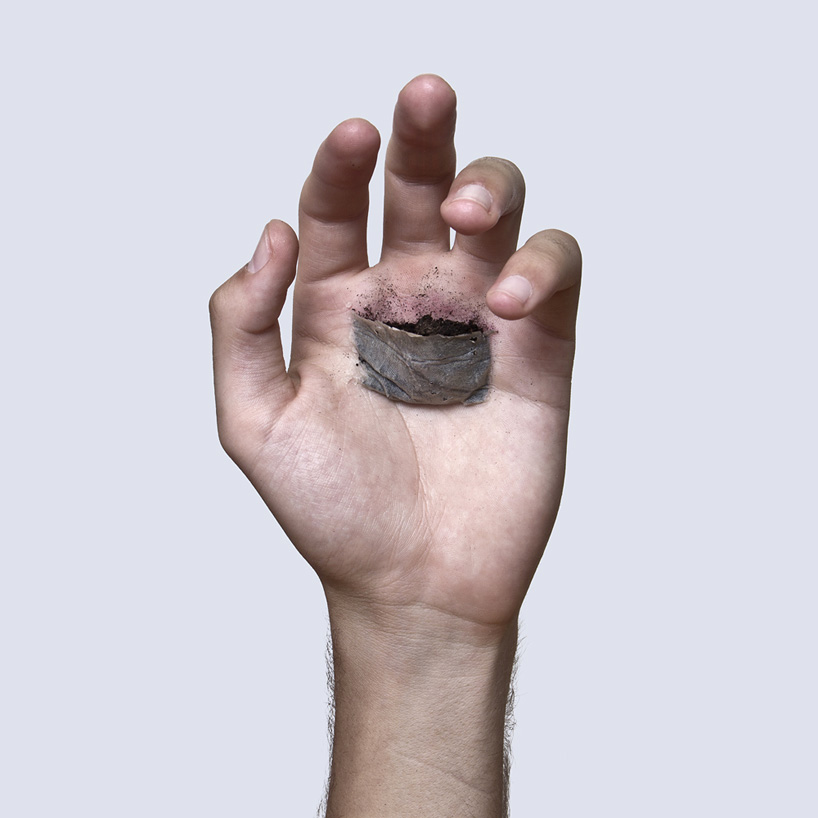 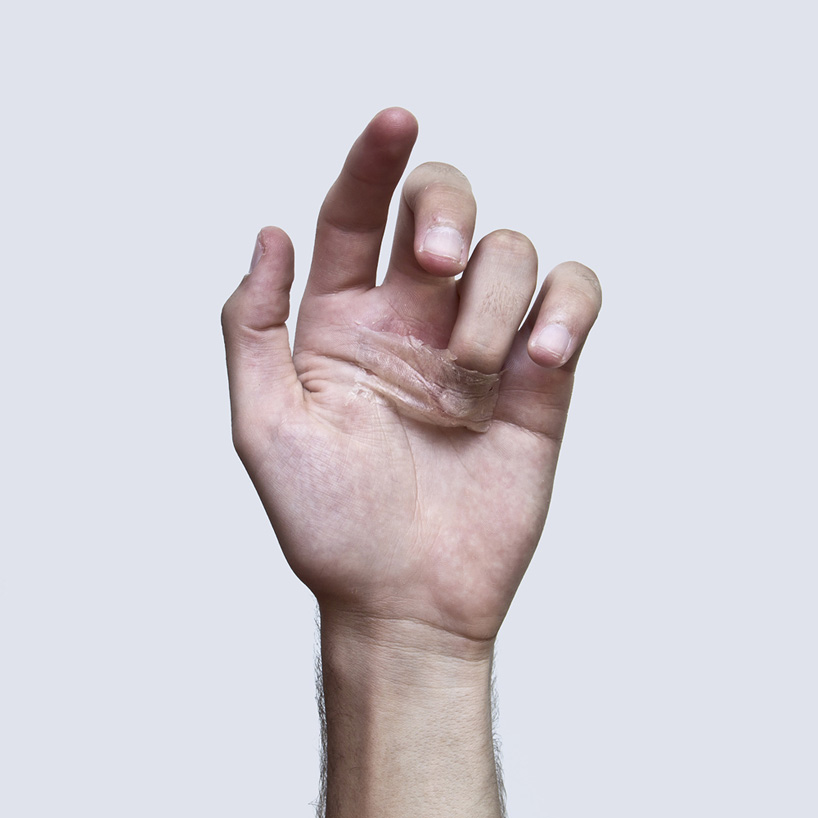 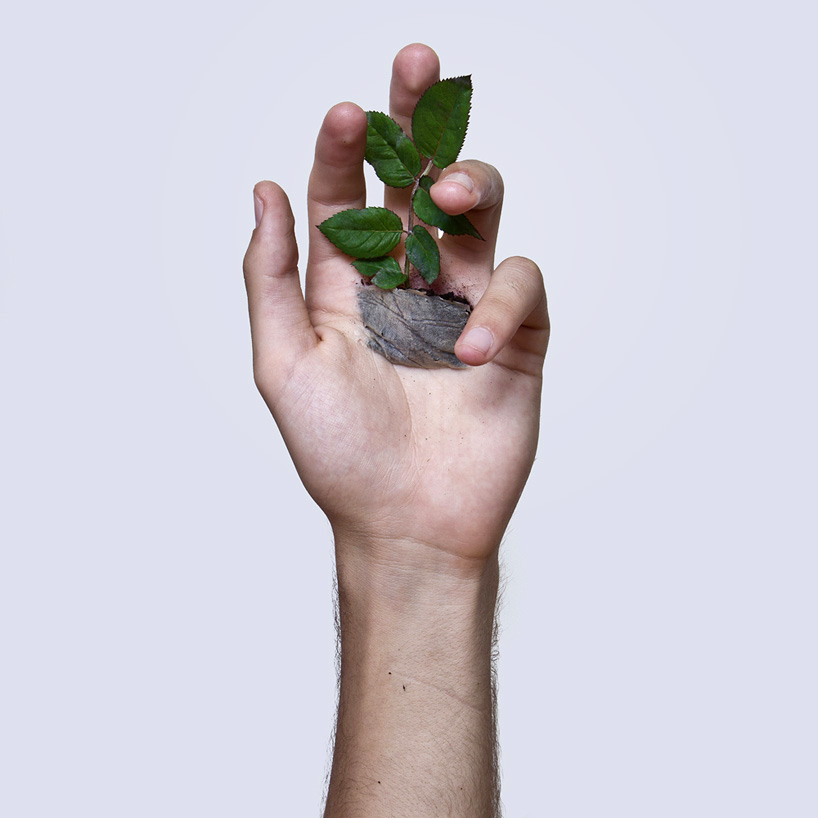