Netherlands-based designer Florian de Looij first started to have fun with a copy of Photoshop at the age of twelve and, well, he kinda never put it down again. De Looij admires M.C. Escher’s work as well as other artists involved with optical illusions, and since that day he sat in front of his computer playing with Photoshop he has been digging into illustration and digital animation. The designer, who is obviously influenced by the artists who inspired him, tries to make one new GIF a day and in late 2014, he started sharing his work on a Tumblr called FLRN GIF where you can find loads more of his GIFs. 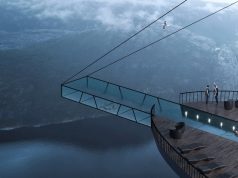