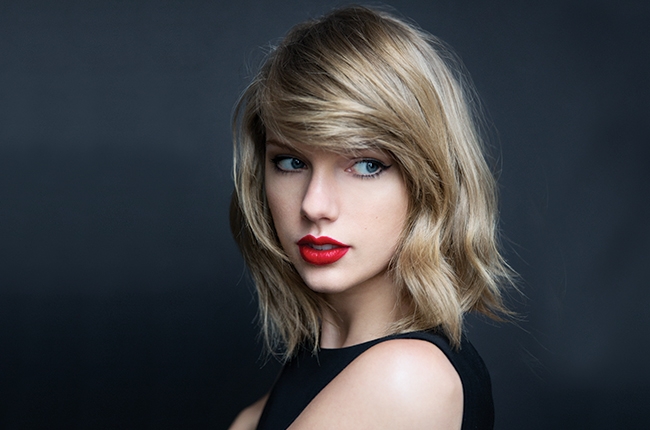 On December 11 New Orleans-based artist and boutique owner Ally Burguieres published an open letter to Swift via Facebook, accusing the Grammy award-winning singer of using her watercolor drawing of a fox to promote her 1989 album, without crediting nor compensating her.

“Dear Taylor Swift,” the letter reads. “As a professional artist, I was astonished to see you use one of my most popular designs on all your official social media platforms as part of your promotions for 1989. While I wondered why no one had sought permission or offered compensation to do so, I recognized that such endorsement is a once-in-a-lifetime boost for an artist and can skyrocket an artist’s career. Friends congratulated me and customers expressed joy. But congratulations turned to confusion. The design was a copy, and with someone else’s name signed to it.” Burguieres continued, alleging that after months of attempting to contact Swift’s team, she finally received a “four-figure” offer that mentioned no credit to her as the artist of the design and required her to donate all the money to charity.

Swift’s team has since issued a response, denying her claim that they requested she donate her pay. Among others, they said: “A fan has stated that she created the watercolor drawing of a fox, added some of Taylor’s lyrics and signed the artwork as her own, posting it. Ms. Swift, believing it to be the fan’s original work, reposted the fan’s art, with her own comment, continuing the social media conversation … Ms. Burguieres’ lawyer acknowledged Ms Swift’s action was unintentional, but rejected the offer. She promised to get back to us with an explanation of why she felt Ms Burguieres was entitled to more money, but she never did that and the next we heard was Ms Burguieres’ new posting. We have tried on multiple occasions to address Ms Burguieres’ concerns, but these actions make it clear to us that this is just an unfortunate effort to extract more money and more publicity.”

Which side are you on? 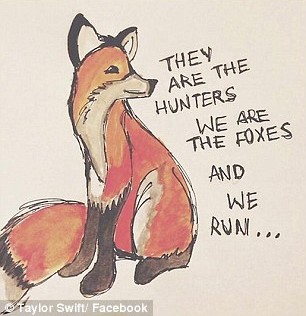 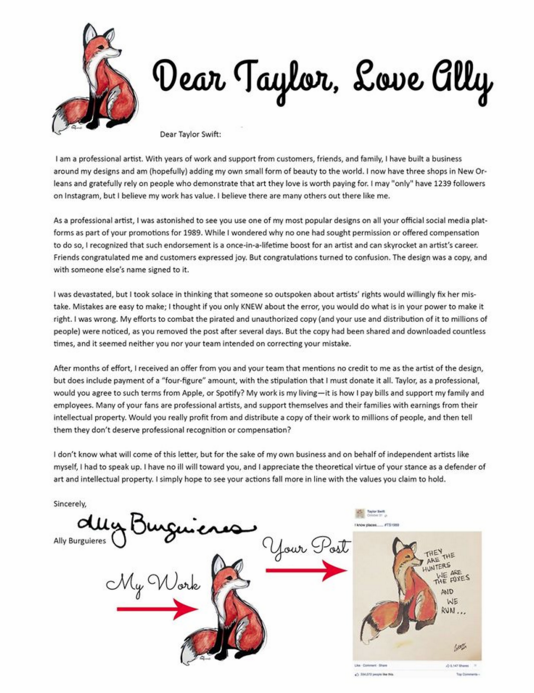 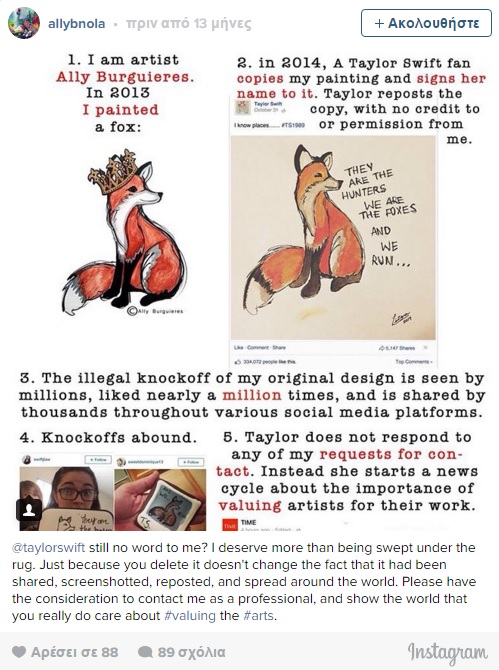