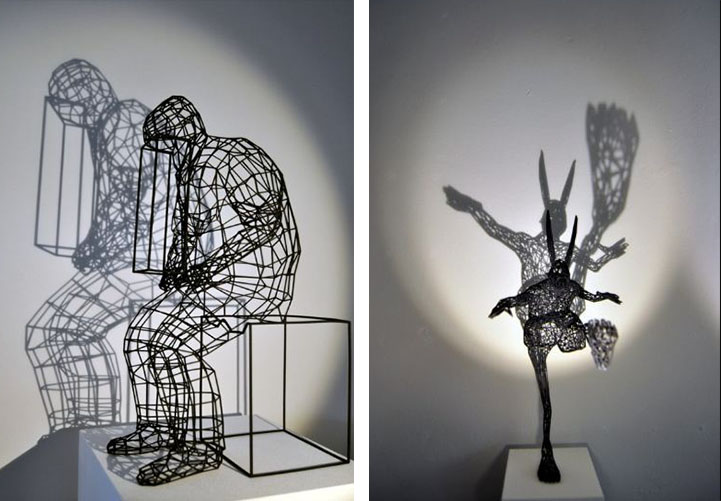 Real Virtuality features three-dimensional wire sculptures, shaped in humanlike forms, that vary from beautiful acrobatical movements to standing positions. The sculptures are designed in a way that allows the light to “pierce” through them and reflect their shadows on the white wall behind them. This way the viewer doesn’t only just see a sculptural object exhibited in a space, but instead gets a multidimensional experience. As one reviewer said, “[Waganari’s] characters seem to visualize a surreal, parallel world filled with surprise and enigma.”

In Waganari’s work “reality is seduced by virtuality”, as artworks and space function as two unique notions in the same venue. How they are percieved depends on various angles, strength of illumination, and a personal awareness of each sculpture. Real Virtuality is a project that encourages the viewer to chose how to see and perceive it, as it includes him in a demonstration of its playful illusions. 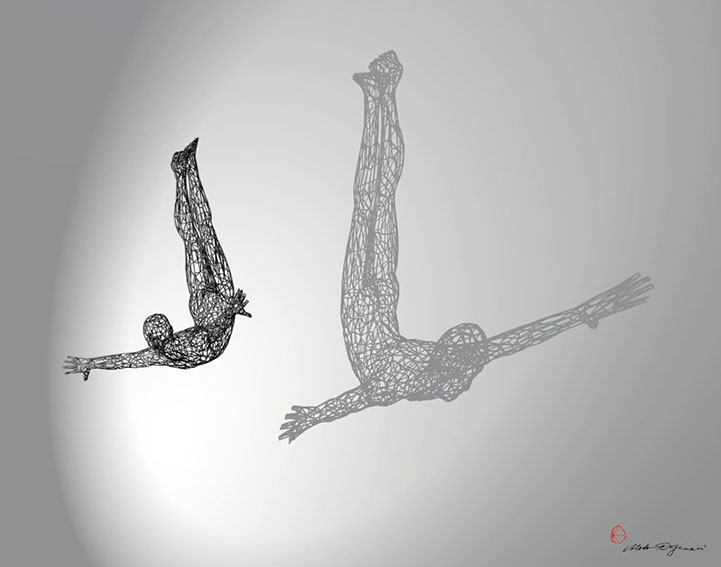 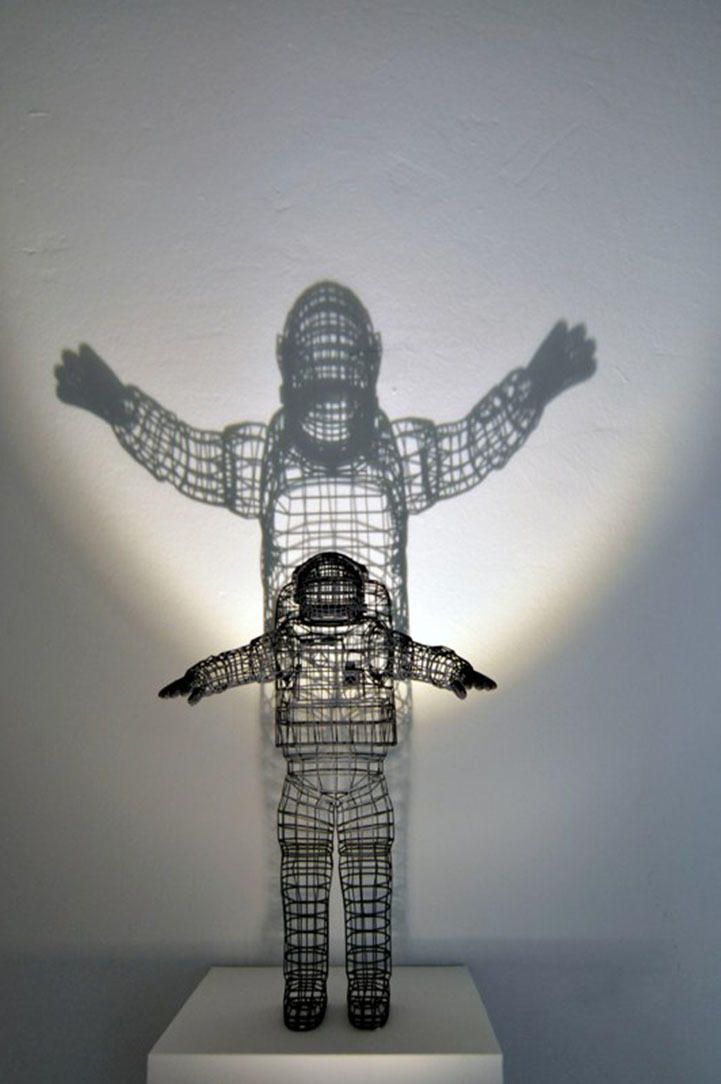 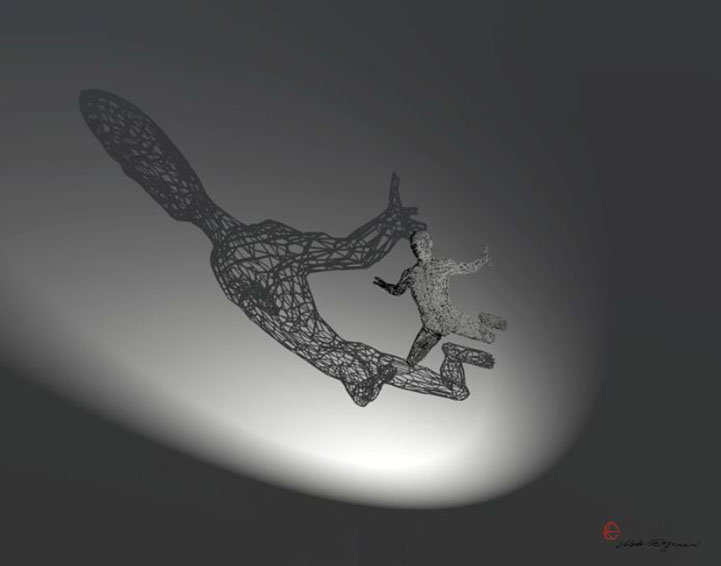 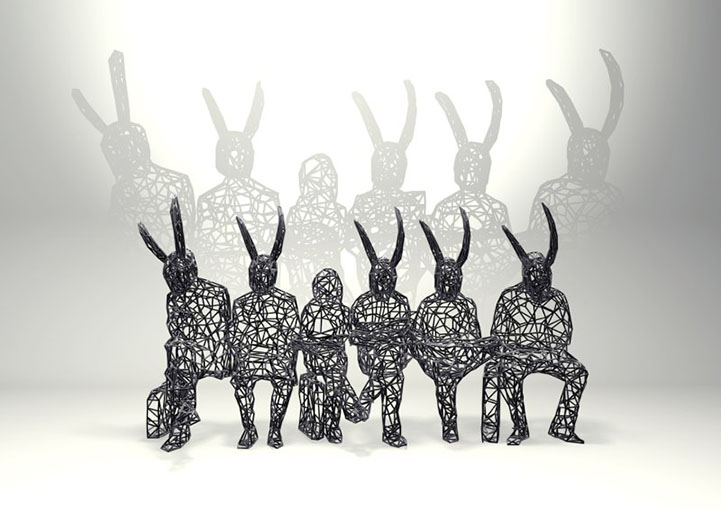 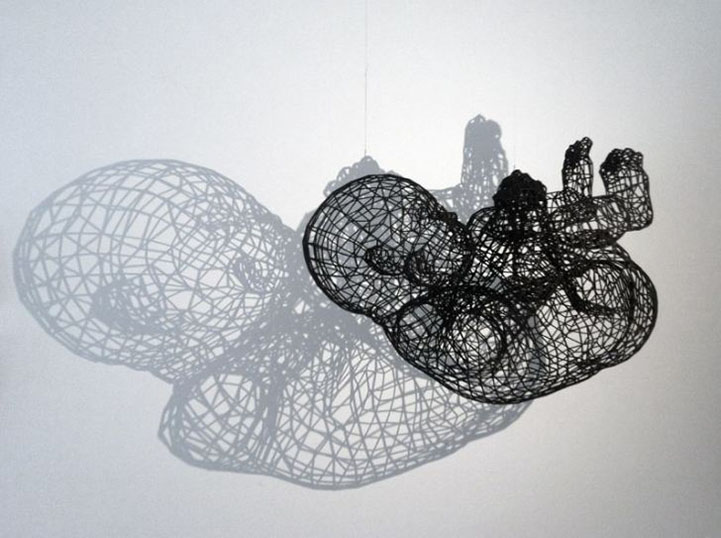 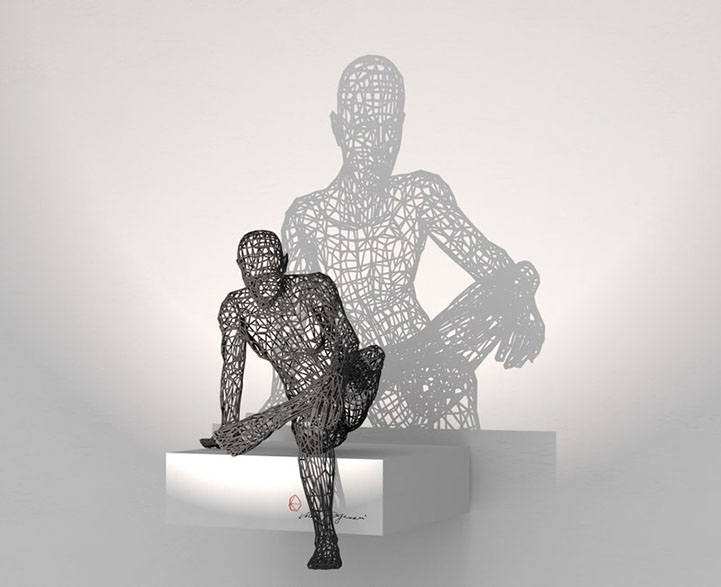 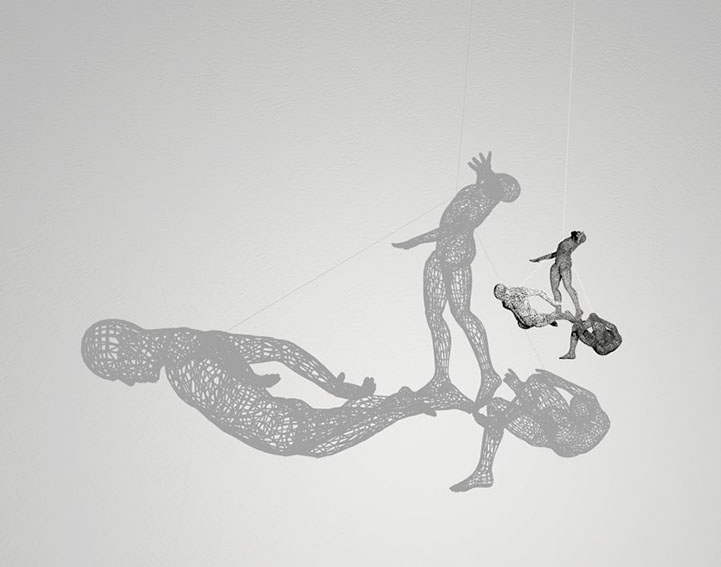 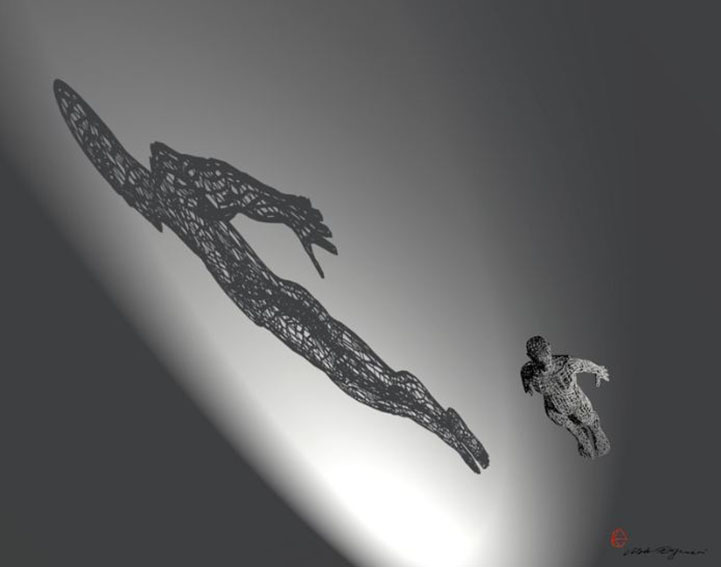 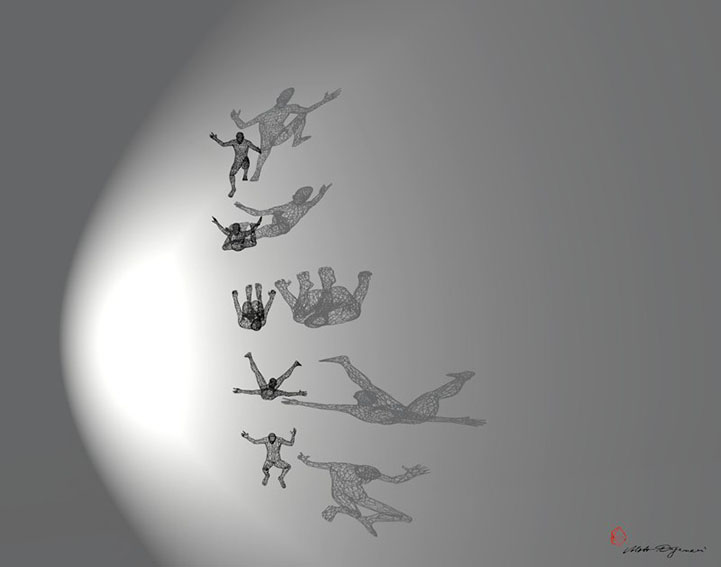 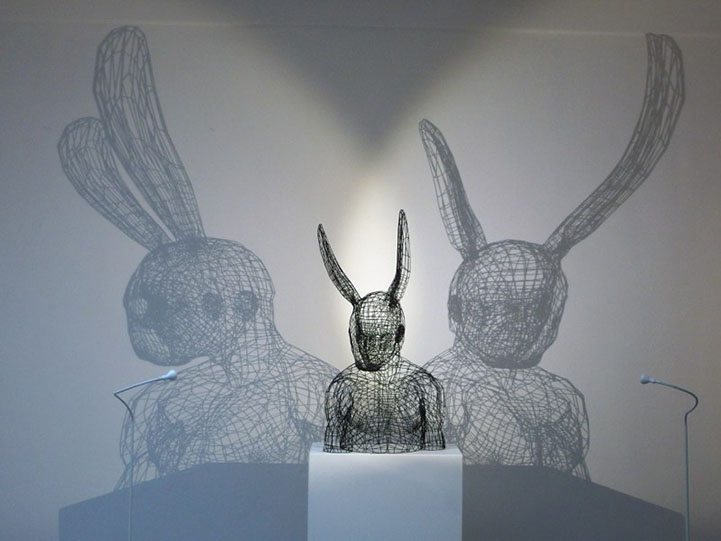 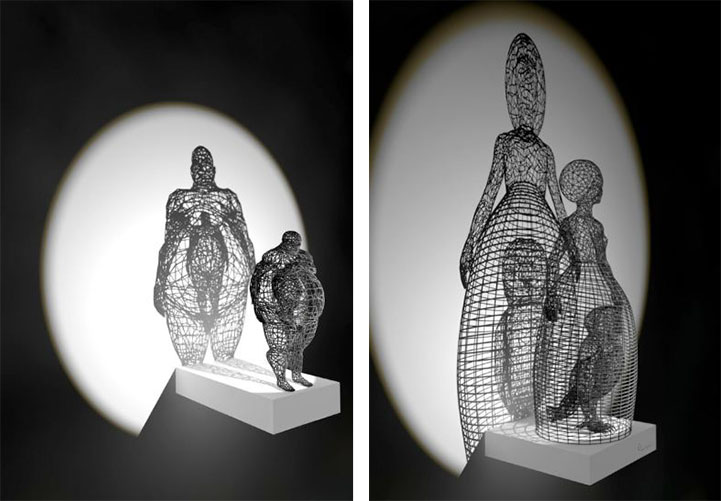