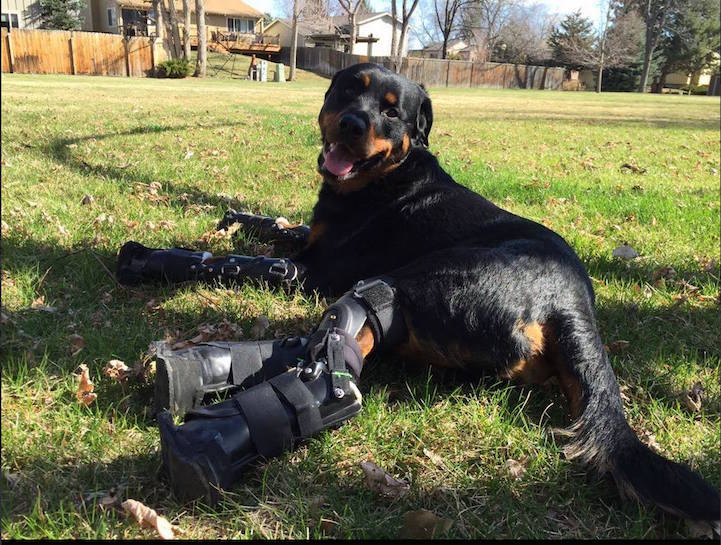 Brutus is the most perfect Rottweiler in the entire world, as he is not only an adorable dog, but he has also the strength of a million.

He might be a happy 2-year-old dog now, but as a puppy Brutus had an abusive breeder, whose actions caused him a serious disability. One day, the little puppy was left outside in the freezing cold, which resulted in a severe frostbite on all of his paws. His nightmare continued when his breeder hacked off the afflicted paws, leaving Brutus maimed and unable to properly walk.

A Loveland, Colorado rescue group saved Brutus and cared for him until they found a home for the sweet dog. His saviors and his new owners crowdfunded money to help Brutus enjoy a richer, fuller life. After the money was gathered, Brutus underwent a surgery that fixed some of the damaged that had been caused by his amputation, and got prosthetic limbs on his legs.

The pooch is now working with OrthoPets and the James L. Voss Veterinary Teaching Hospital at Colorado State University, in order to learn how to navigate and function on his new paws. According to Laura, his owner, Brutus is more cheerful now and able to enjoy a dog’s life. He is no longer in pain when he walks and will soon engage in more physical activities. Even though he will need physical therapy for the rest of his life, his strength and the love of his new family will definitely make it a healthy, adventurous and happy one. 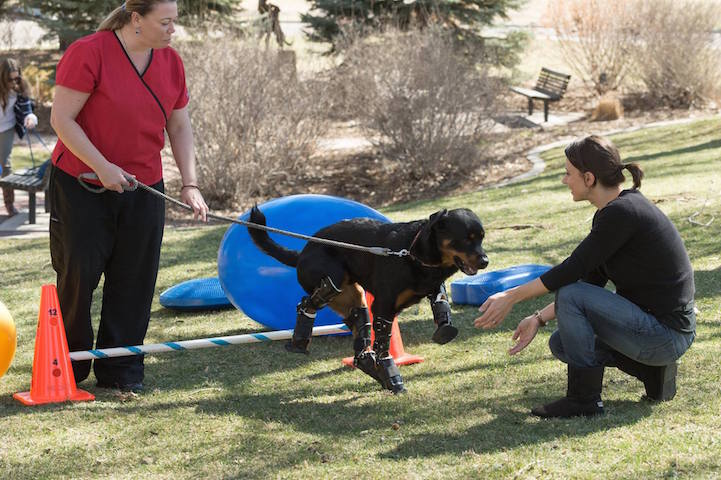 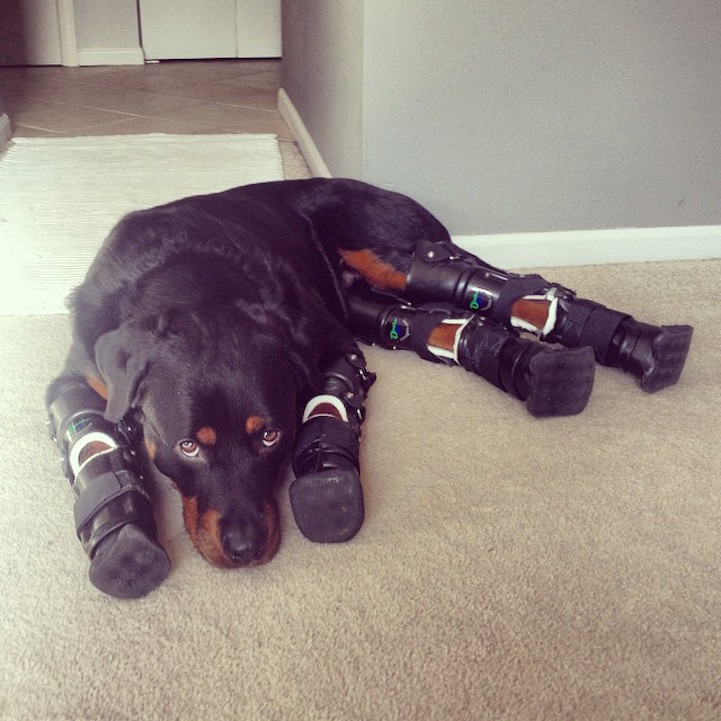 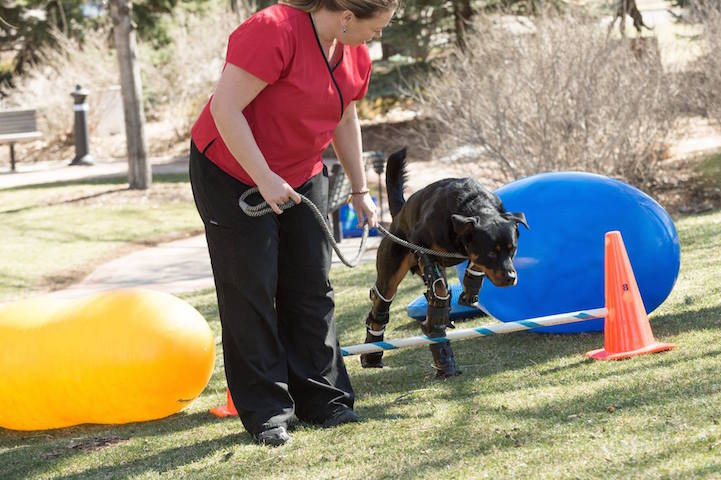 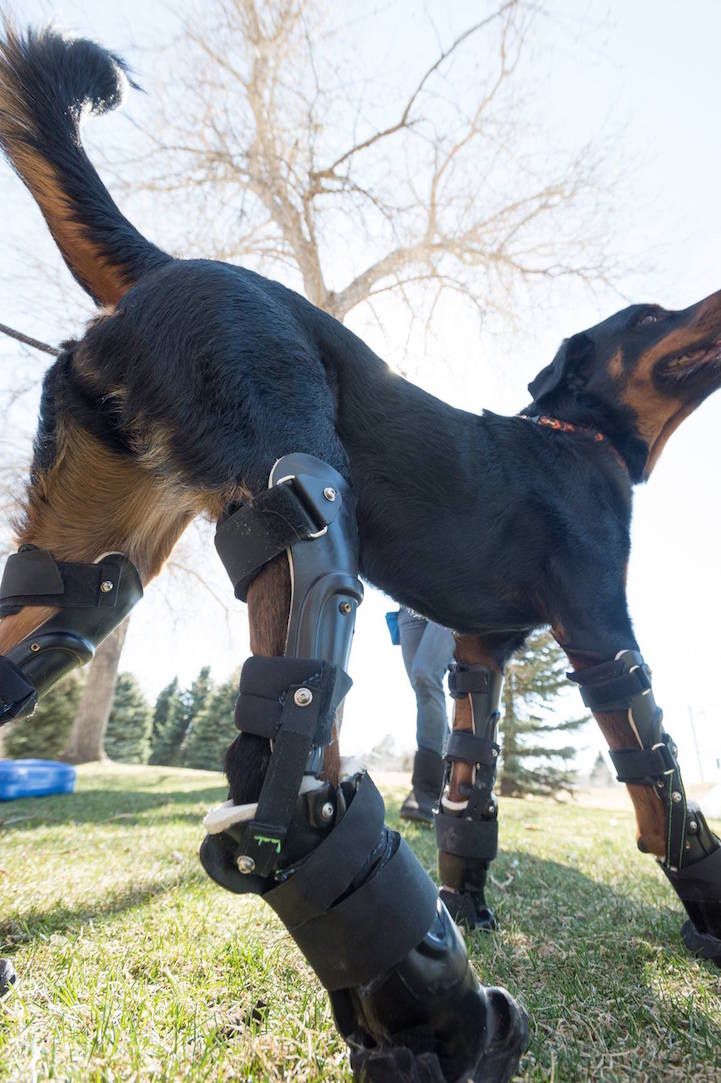 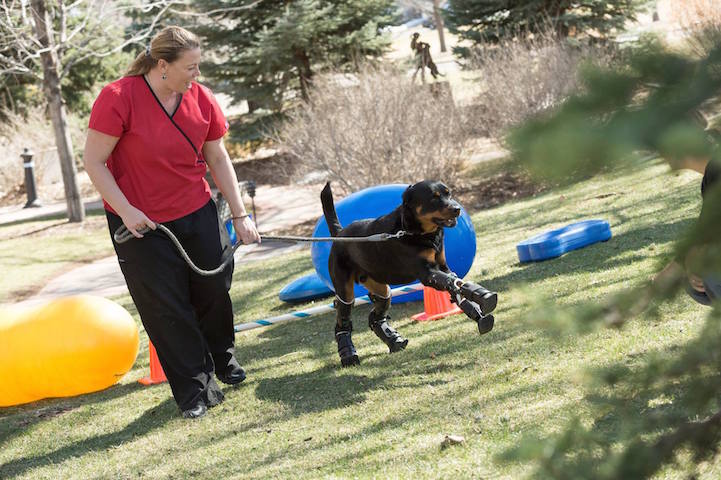 BEAUTIFUL LIFELIKE SCULPTURES OF ANIMALS MADE OF GALVANIZED WIRE

Puzzle casuals step aside. The Transparent Jigsaw Puzzle Has Arrived