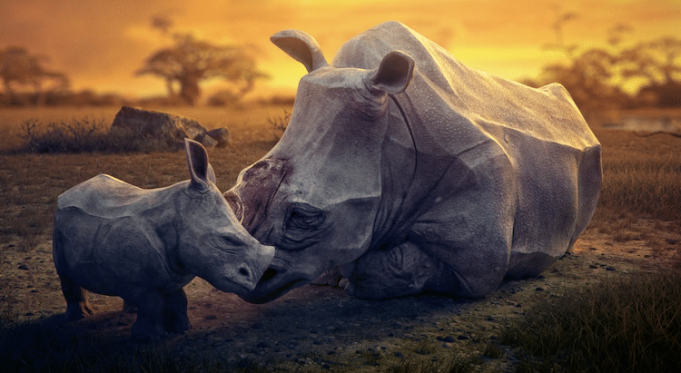 If animals could speak i’m pretty sure this is exactly what they would say to humanity.

This next animation demonstrates how happily these 4 spieces exist until the humans invade their space . Those 3 minutes are such a wake-up call moment for the humanity. You cannot watch it without feeling the need to do something. These animals doesn’t deserve to be in that position and be threatened to be extinct. It’s crazy that humanity thinks that it’s appropriate to invade into their enviroment in such a despicable way.

Human beings are the greatest threat to the survival of endangered species through poaching, habitat destruction and the effects of climate change.

Scientists announced that three bird species vanished from the Earth for good in 2018. The Earth is losing animal species at 1,000 to 10,000 times the natural rate. That means that as the years go by, we will hear more and more animals becoming endangered. It is unfair to live like we are the only ones on this planet. Something has to change.

Hopefully, little by little we’ll wake up and treat earth,animals and everything that lives on it the way we should.

Here’s the “Dream” animation that Zombie Studio have created

And here’s the “behind the scenes” of this powerful animation.