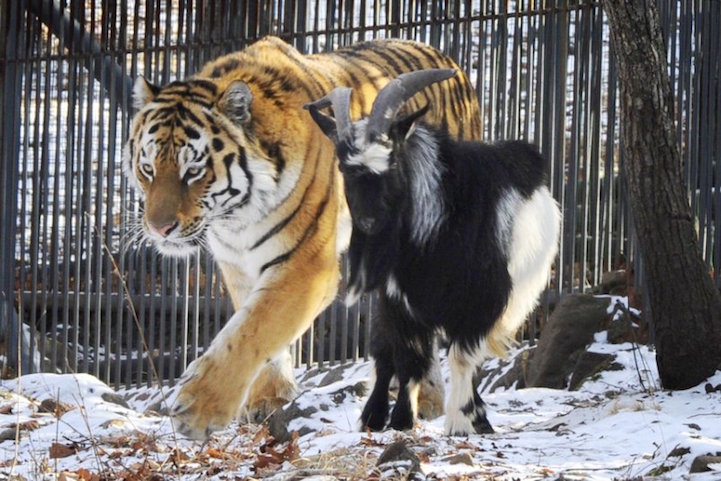 When Timur the goat was given as food to Amur the tiger in late November, no one could predict a friendship between the two would be developed! Amur not only did not eat Timur, but began spending time with him doing things like hunting or playing hide-and-seek. Even when Timur evicted Amur from his shelter during a rainstorm, the odd pair remained friends.

Russia’s Far East Safari Park director Dmitry Mezentsev told BBC that Amur is given live prey everyday, just not goats out of respect for the tiger’s new friend. As Mezentsev told the Observer, “The tiger was confused and gave up. It happened once before, another goat pushed back and the tiger decided not to eat him, but once he showed weakness—that was it—his predator killed him. The situation now is different and the animals are great friends.”

Photo and GIFs via safaripark25.TV 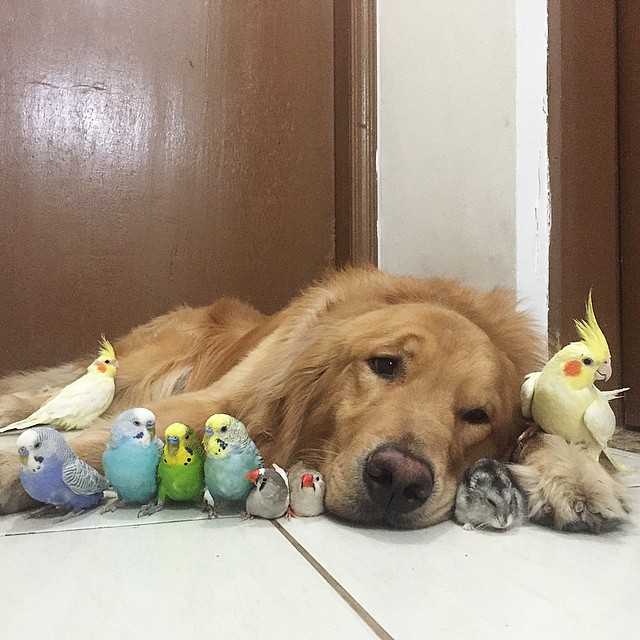 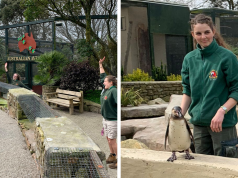 Chaos in Tbilisi: Animals Take Over The Capital of Georgia after Disastrous Flood

Oldest Hotel in the World is 1,300 Years Old, and Has Been Operated for...