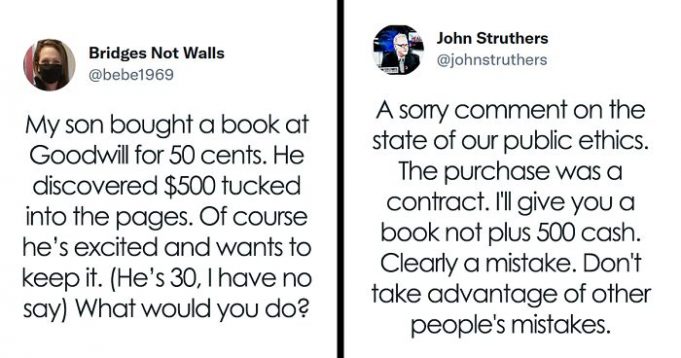 Book shopping is like going on a fantastic adventure, especially if you don’t know what author or genre you want to read—there are thousands of alternatives, and once you chose your victim, prepare to be transported to another planet.

A stroll down to your local thrift store is usually more intriguing.
Because the books are preowned, they appear more precious, as you begin to wonder about the previous owner’s narrative, whether they are still alive, and if they had a happy life.

The OP also stated that her son was overjoyed and wanted to keep the money, but @bebe1969 took it to the internet community for a lively debate.

This Twitter conversation resembles a morality battle.
Some argue that the funds should be returned to the owner or donated to a charitable organization.
Some people believe that the $500 was a lucky break or that the new owner was fated to find it.

Some even argue that keeping the money is the same as profiting from other people’s mistakes. 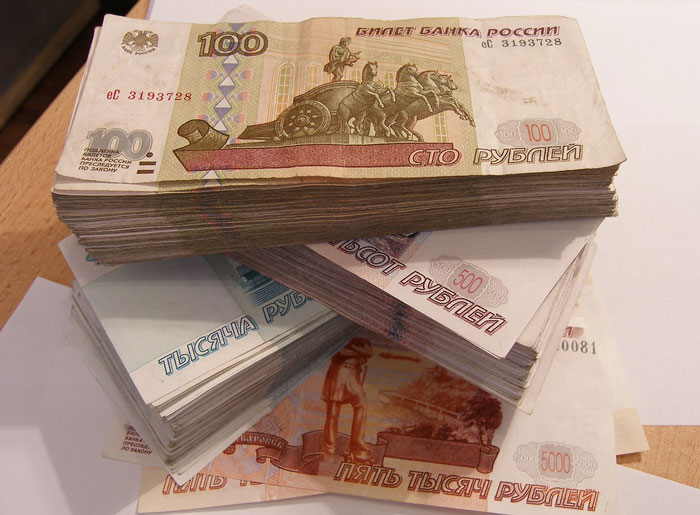 This question sparked a fiery debate regarding the money 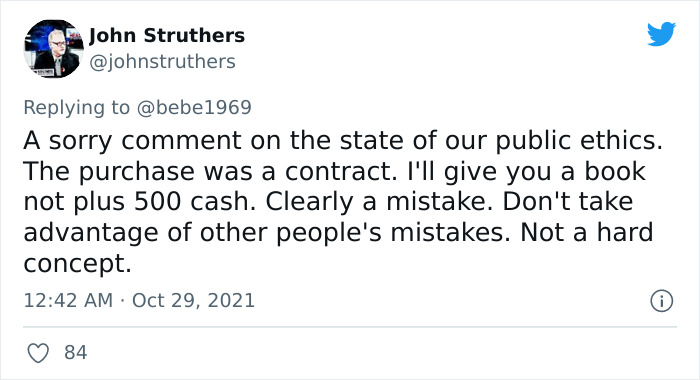 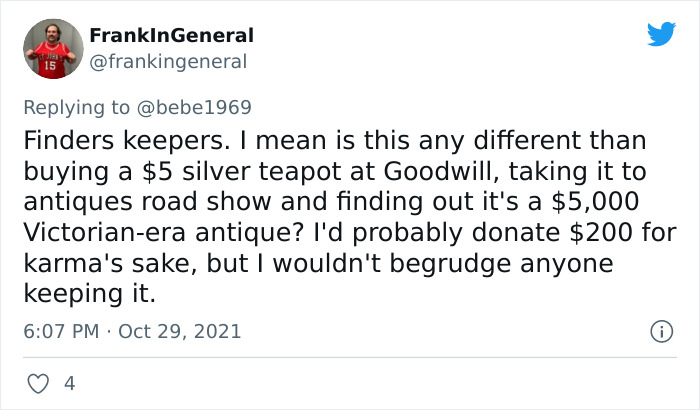 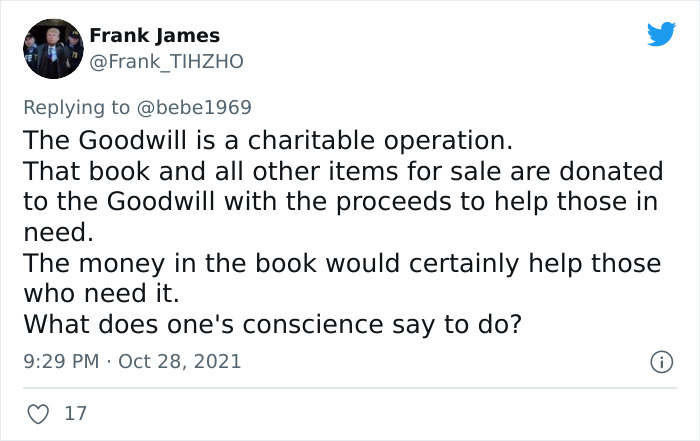 Many others suggest keeping the cash 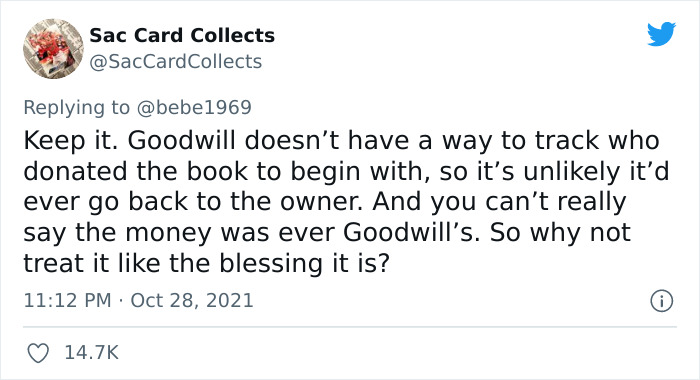 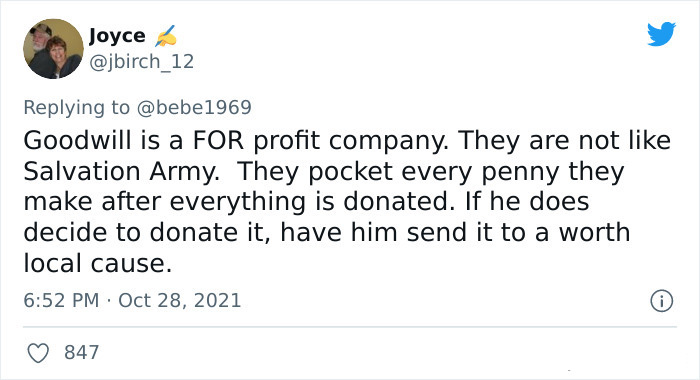 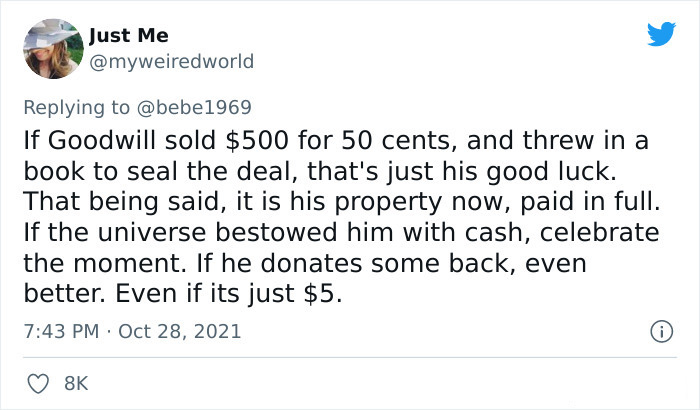 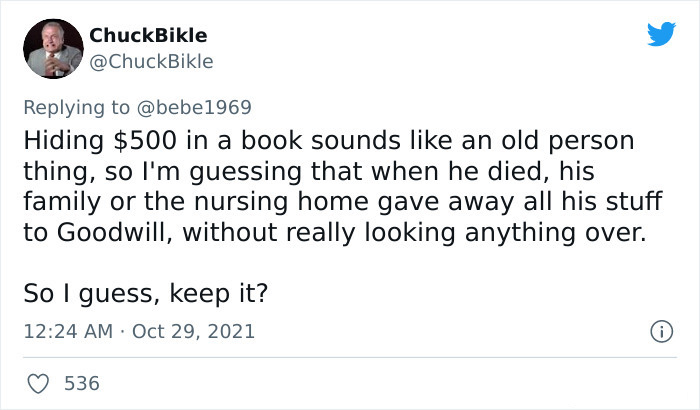 Some folks are more surprised about something else… 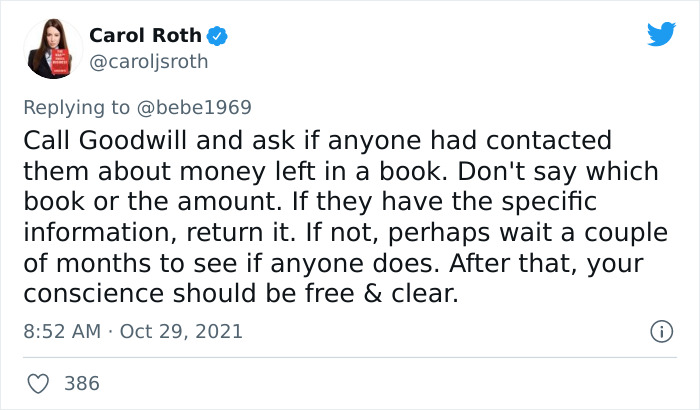 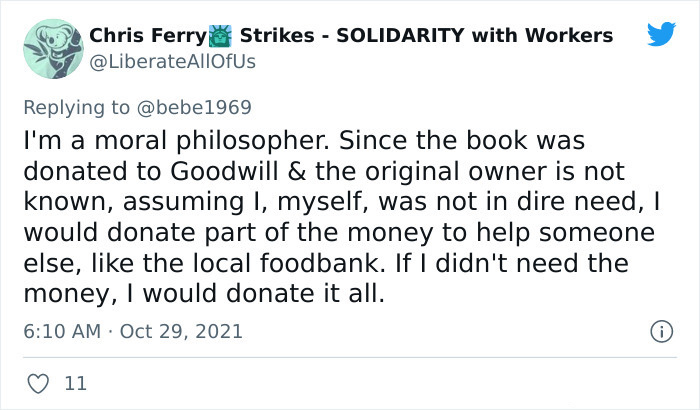 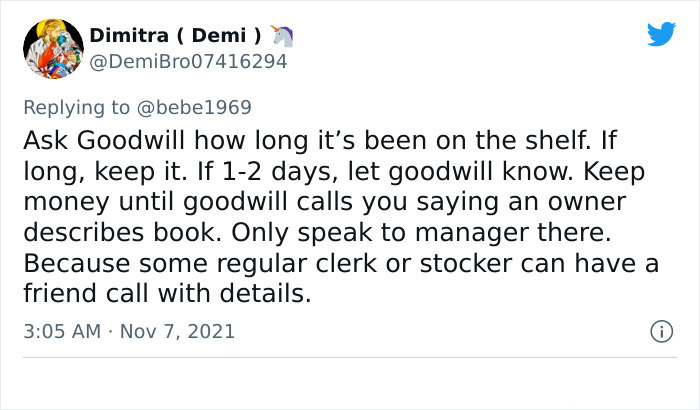 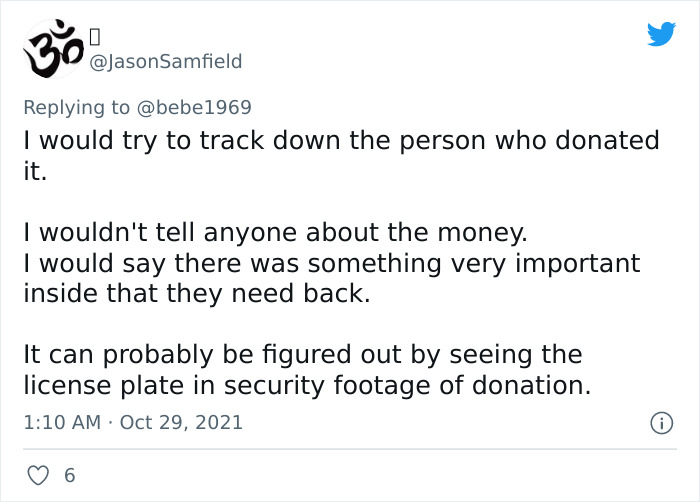 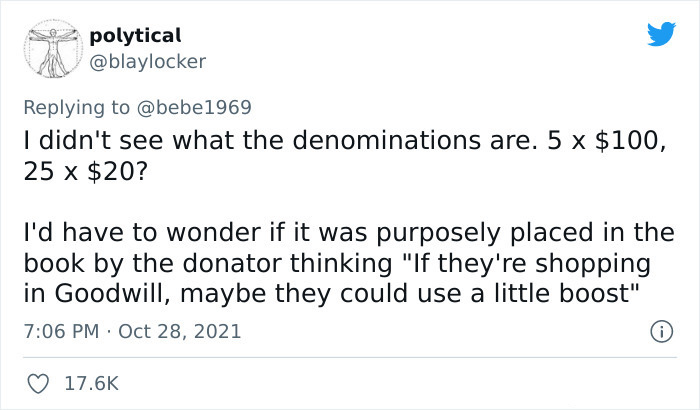 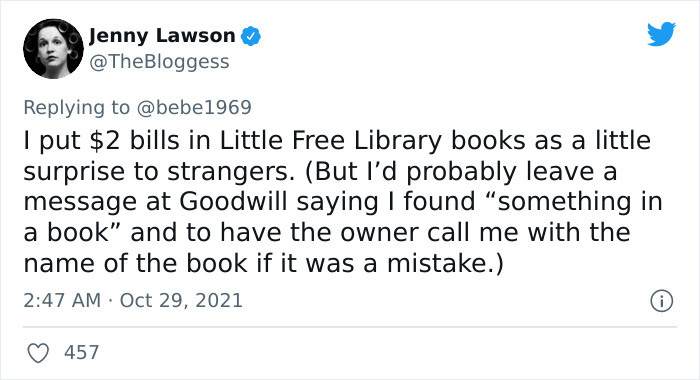 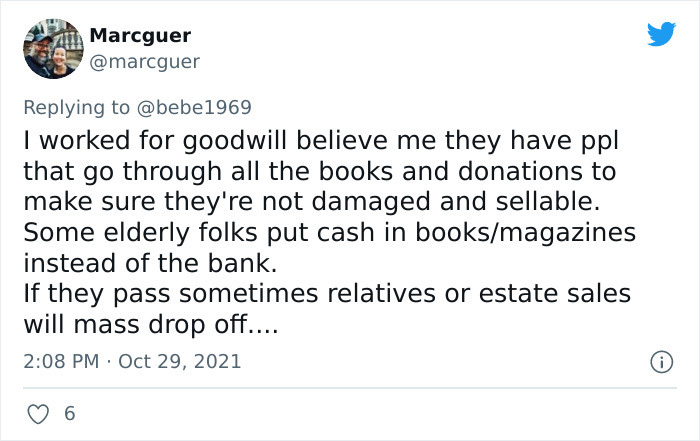