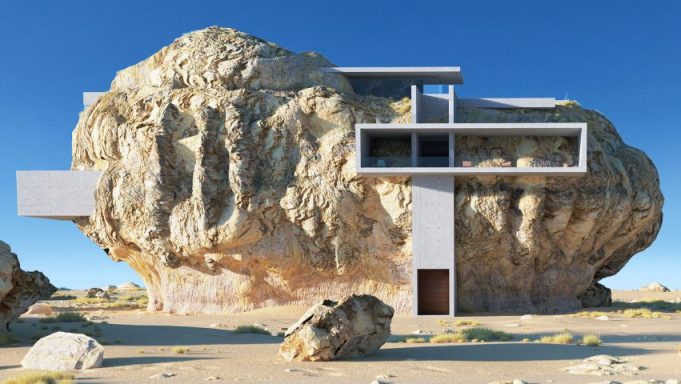 Architect designed a brilliant and complex house inside a giant rock

Mada’in Saleh or Cities of Saleh, also known as Hegra, is an archaeological site in Saudi Arabia. It is located in the Al Madinah Region. It is especially known for its 131 rock-cut monumental tombs with their elaborate and ornamented facades. It became Saudi Arabia’s first UNESCO World Heritage Site in 2008.

These monumental tombs have inspired Amey Kandalgaonkar to design his House Inside a Rock.

The architect and photographer showed true talent in creating 3D concept renders, with his House Inside a Rock project. A minimalist design that uses the contrast of natural rock, and concrete in a way that the two materials compliment each other. Amey firstly dedicated himself in designing the rough form and shape of the rock itself. Before he ever started working on the house.

“Considering the visual complexity of the rocks at Mada’in Saleh, it was imperative to use simple planes and cubes in order to achieve a visual balance,” the Shanghai-based architect explains. “I started out creating the rock in 3D software which in itself was a sculpting process. Later when inserting the house into this rock, I tried to keep its visual impact from eye level as minimum as possible and only when observed from a birds eye, the real extent of the intervention is revealed.” 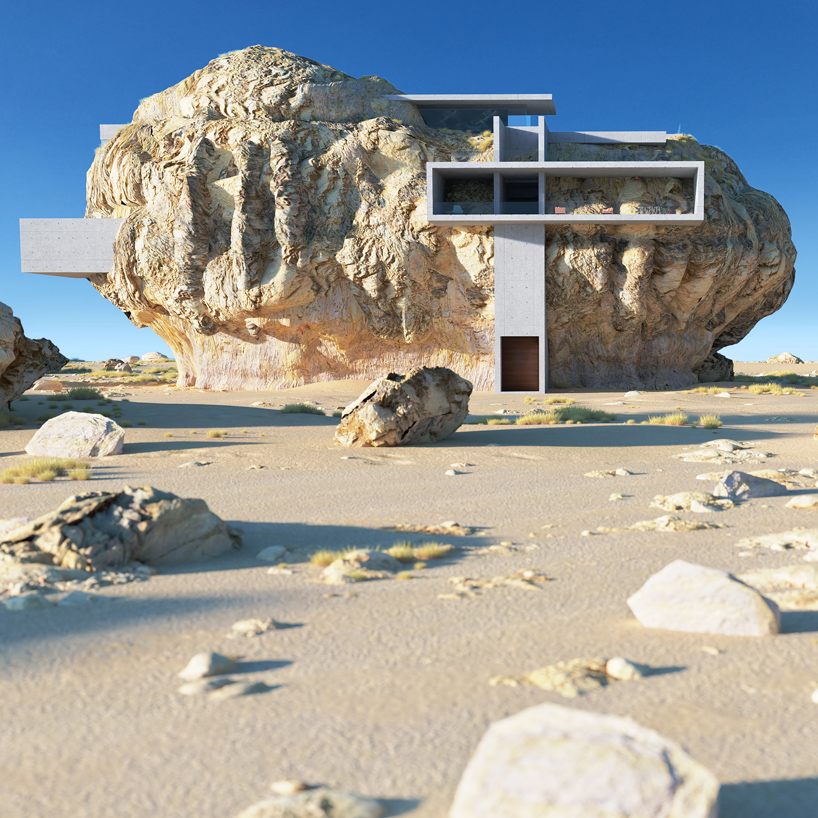 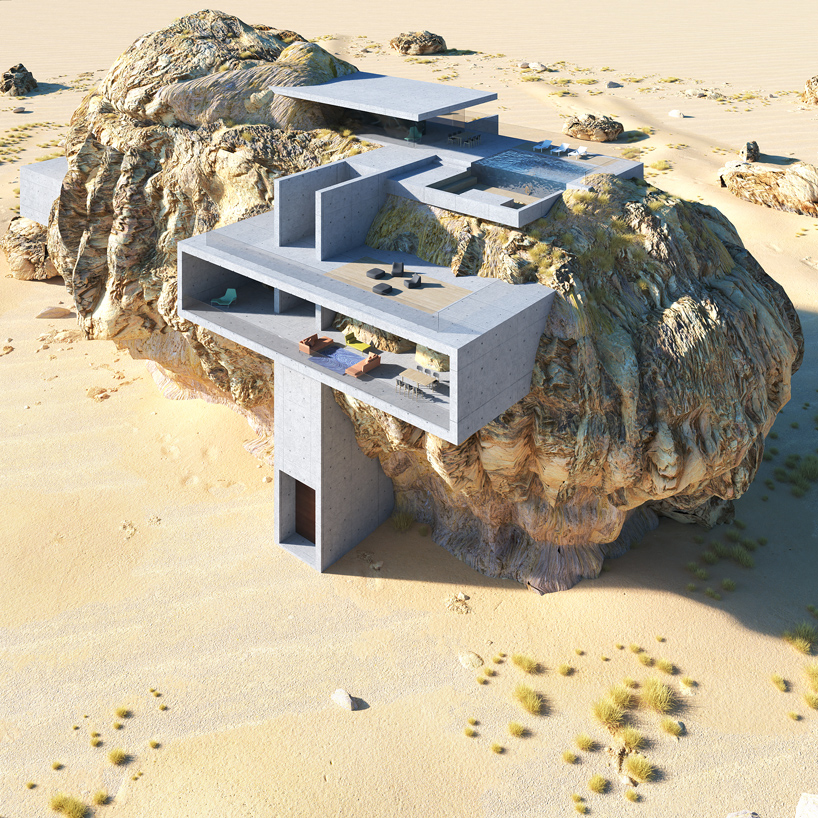 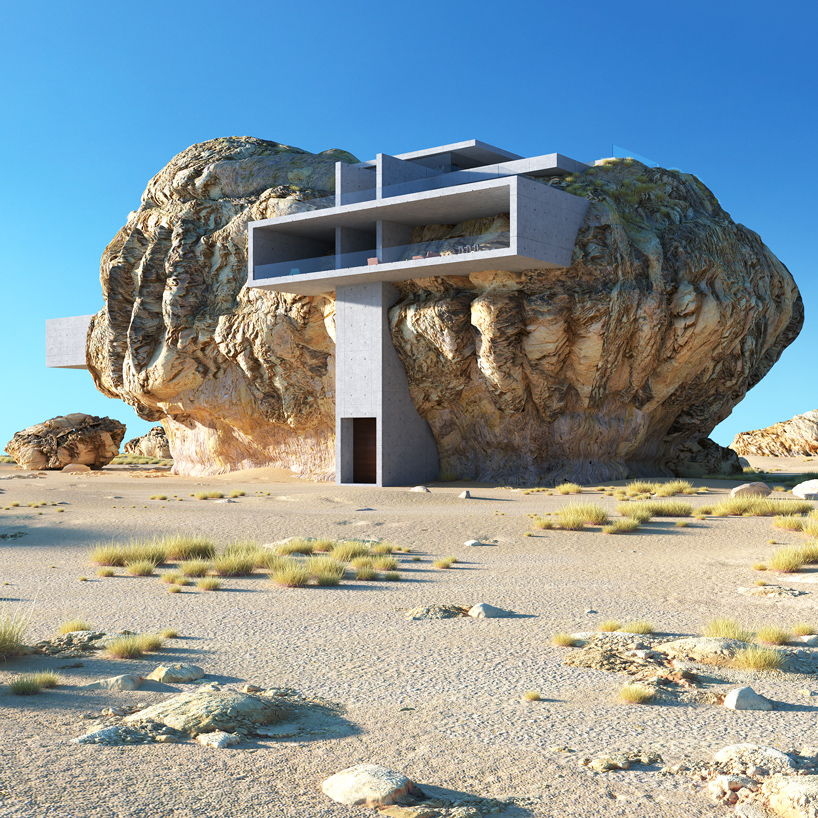 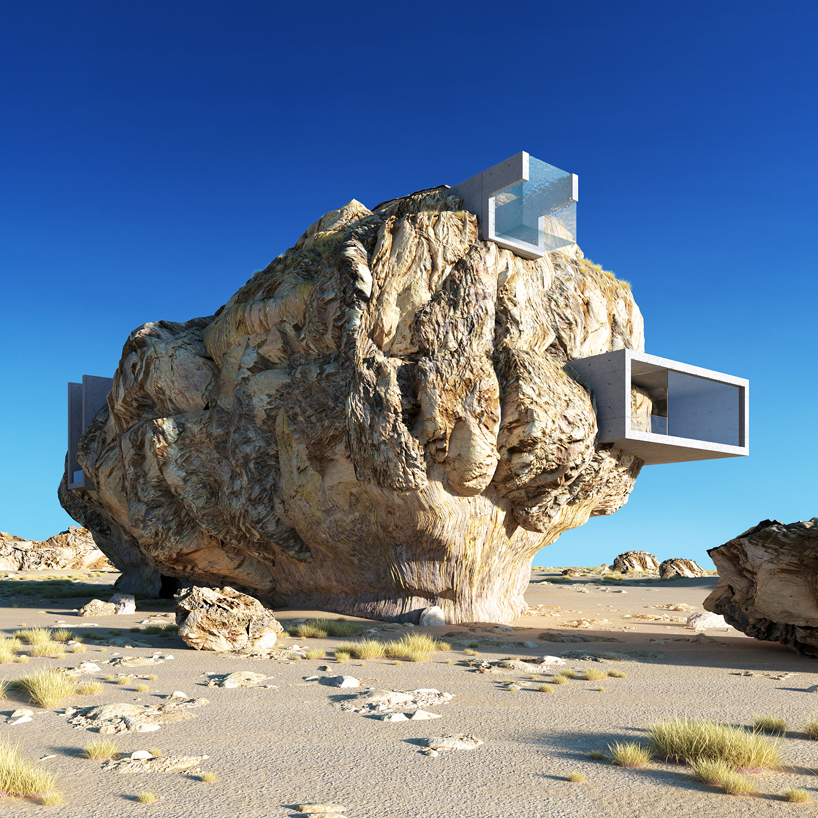 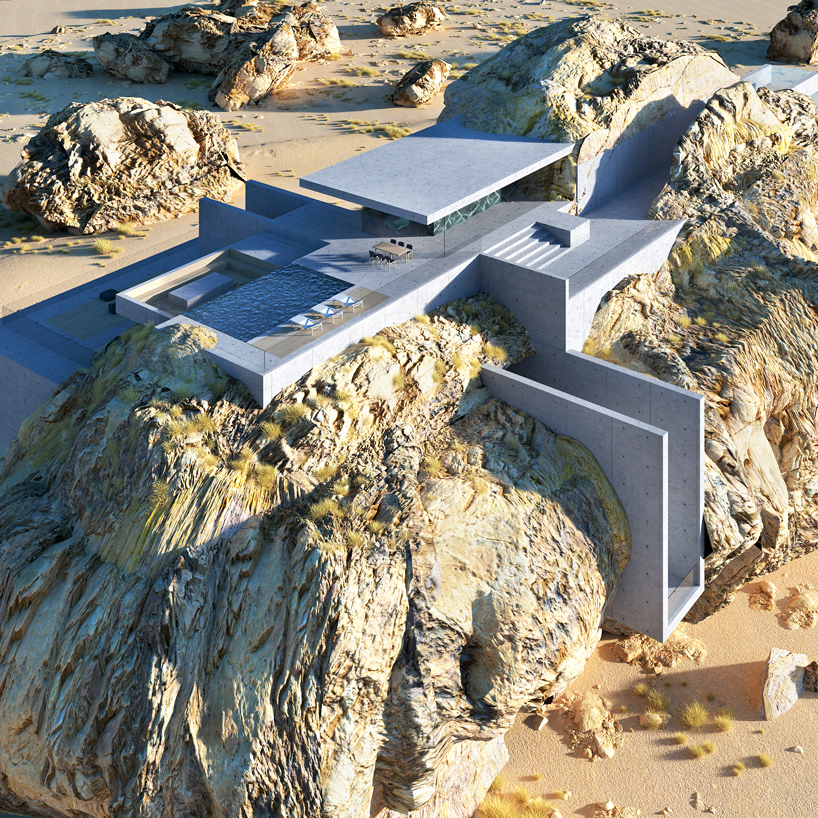