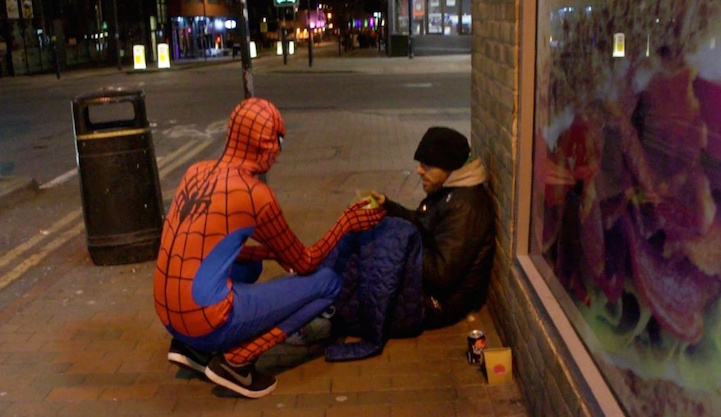 Whoever said that superheroes do not exist hasn’t obviously  heard of Birmingham’s Spiderman.

A 20-year-old bartender puts on a Spider-Man suit and roams the roads of Birmingham, after his shift. The do-gooder, who wishes to keep his identity hidden, buys sandwiches with his own money and offers it to homeless people. This kind man has been a volunteer for years, but he became Spiderman just a few months ago, “Before when I was handing out food, no one would take a second look. But when they see Spider-Man handing out the food they come over and ask what I’m doing and are really interested. Most importantly [they] become inspired to get involved themselves.”

His selfless and beautiful work has come to the attention of many people in his community, who offered to donate to his cause. Spiderman doesn’t want your money though; he wants you to get out of the house, put on your superhero costume and get involved yourself. “I’ve learned that everyone is the same, we’re all part of the human experience,” he says. “I believe that we need to look at everyone as humans and help each other the same as we would a close friend.” 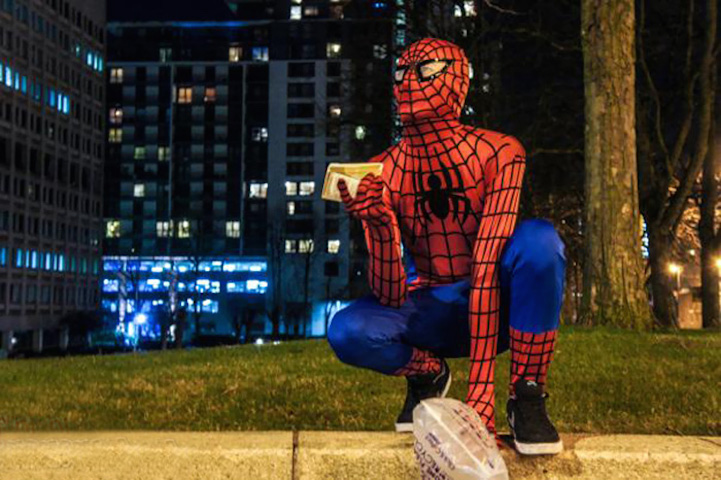 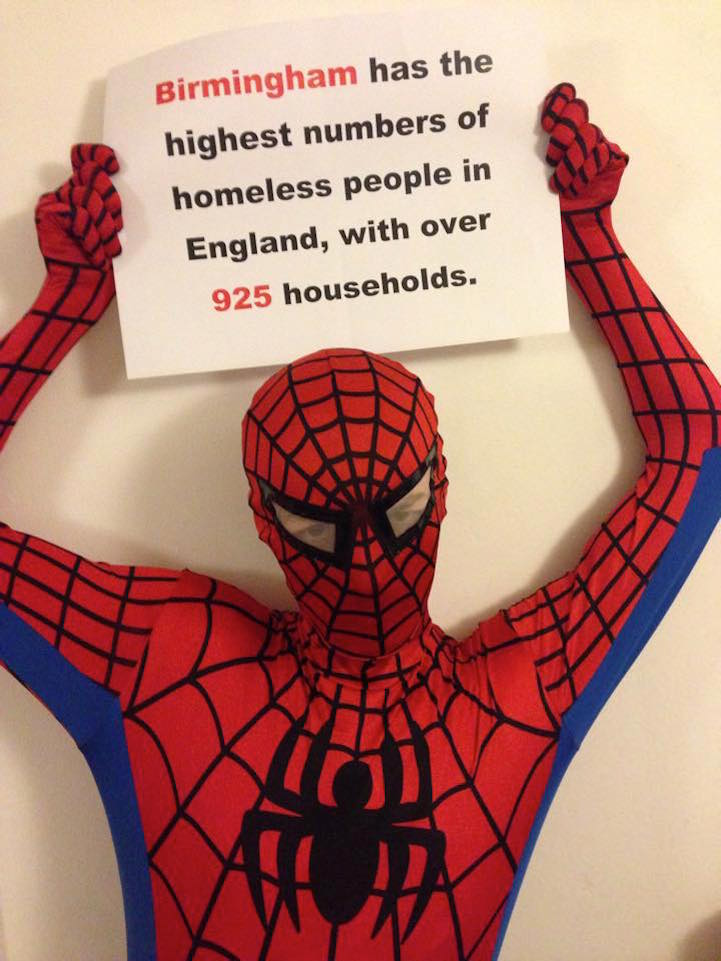 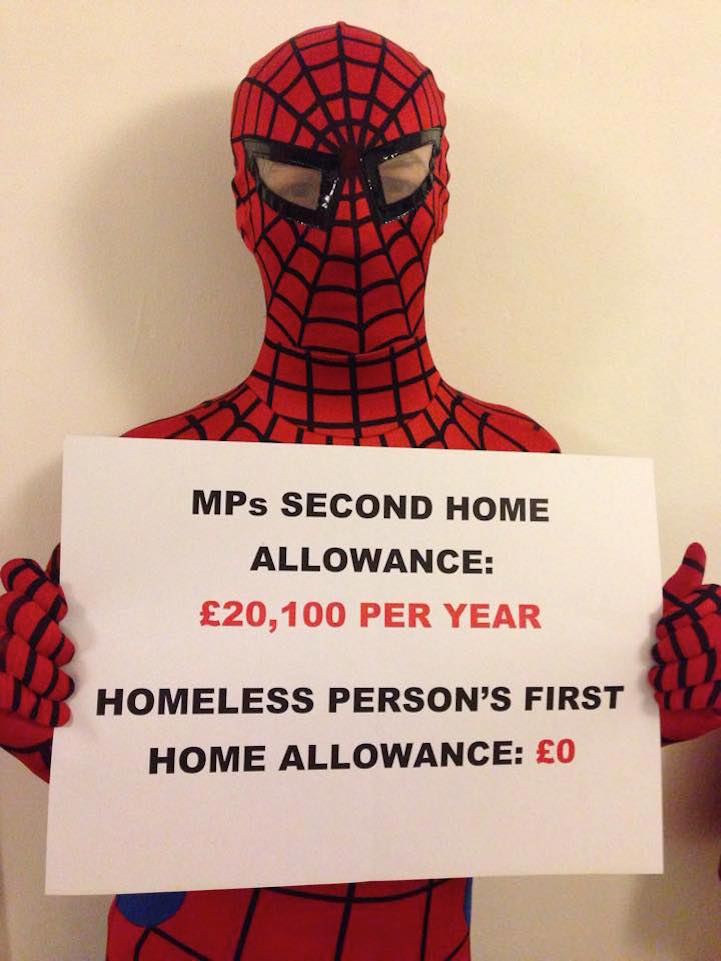 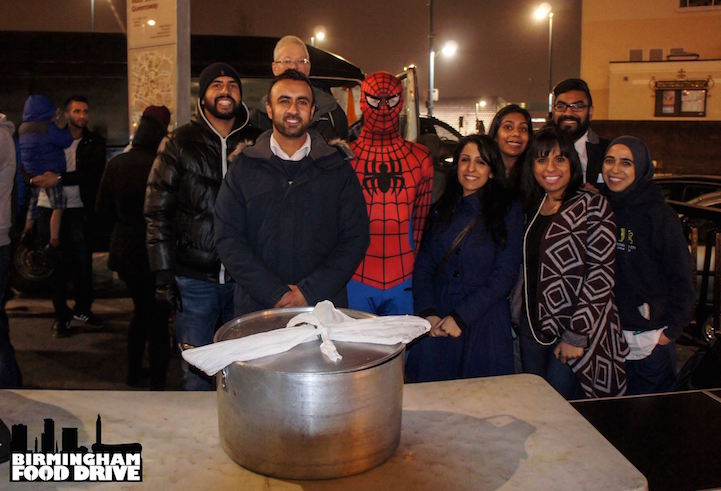 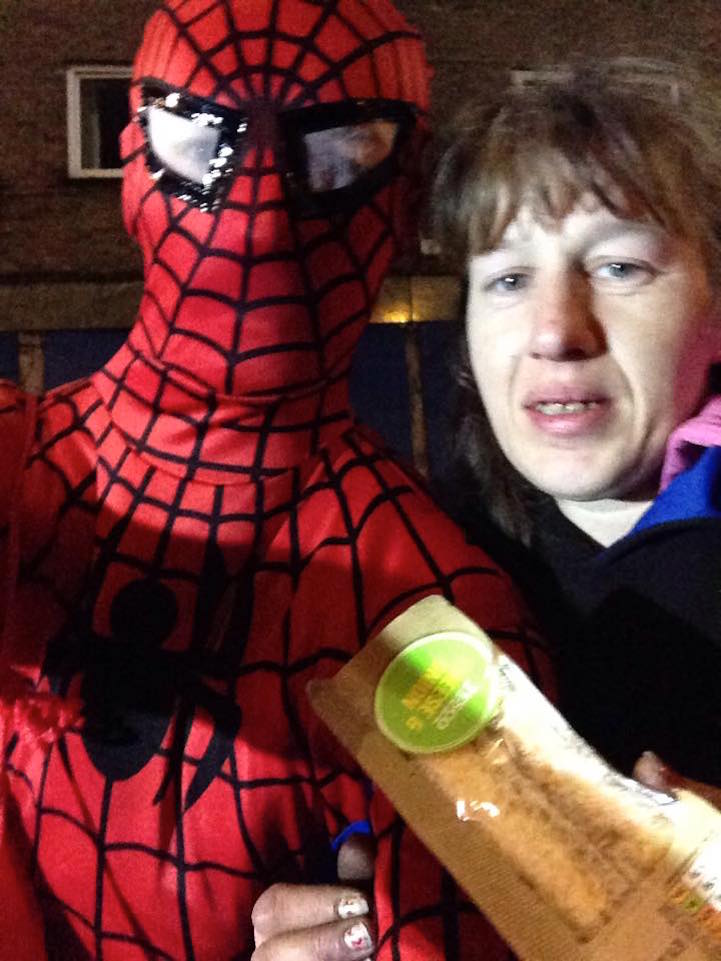 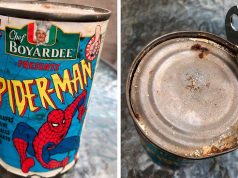 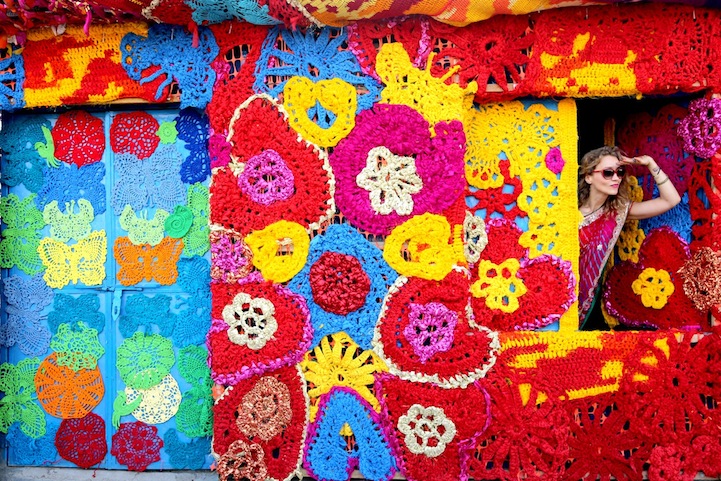