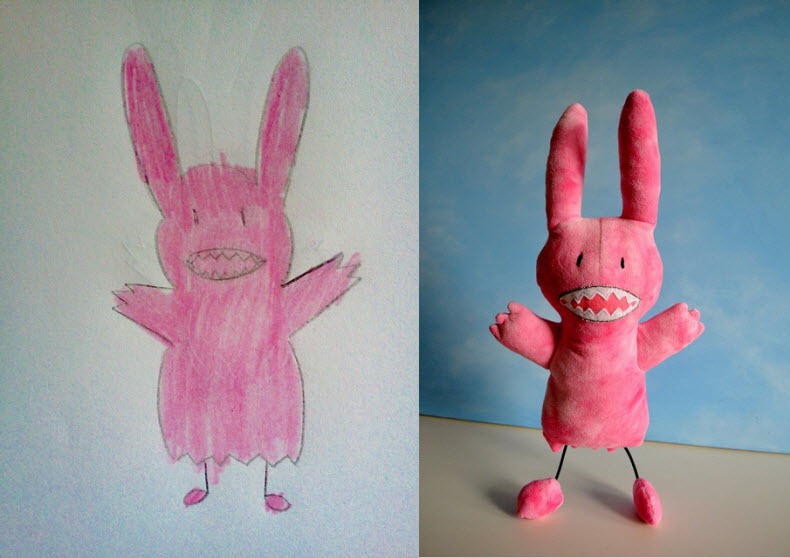 Wendy Tsao created her first toy having as a guide her 4-year-old son’s drawing. It was when the school her son was going to had the parents to bring a toy from home, to be used as an emergency in case of a tantrum or a crying fit of the child. But Tsao wasn’t keen on bringing her son’s favourite toy, in case it might be lost. Instead, she decided to make Dani a new toy for school. Tsao used a drawing her son had made, and which he often repeated, to base the making of the toy on. 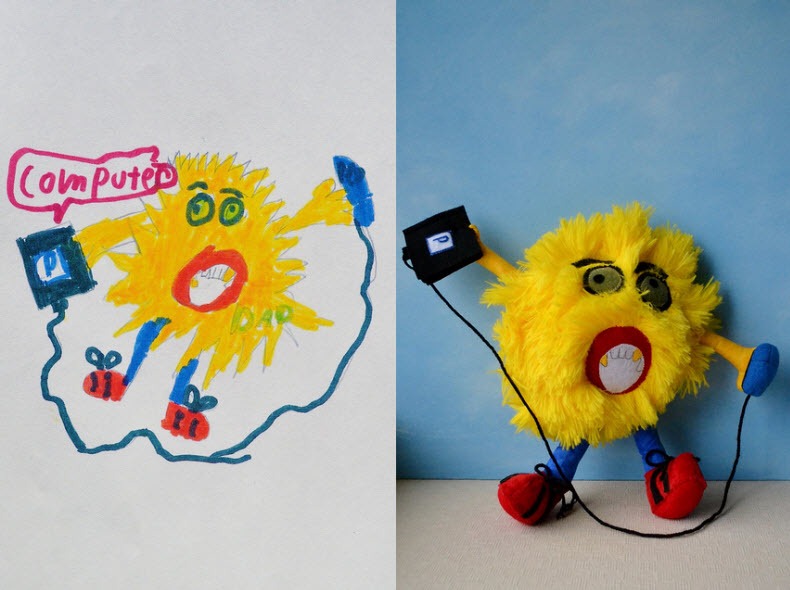 5 years later, she launched “Child’s Own Studio”  where she moulds children’s doodles into plush toys, made of cloth. Wendy Tsao has many requests from parents all over the world. She has crafted hundreds of these toys that are as unique and extraordinary as the children who made the drawings that inspired them. The toy is made to look almost exactly as the original picture so that the child recognises it immediately when it sees it.
Tsao says: “It’s a fun, rewarding process, and kids love seeing their drawings come alive”.
She has so many orders that she had to make a list of other craftsmen around the world who do similar work and published it in her bog. She suggests some 20 people from USA, Canada, Australia and Europe. So, if you would like to have your children’s drawings turn into toys, just send her a request. Do bear in mind, though, that there are over 500 people waiting. 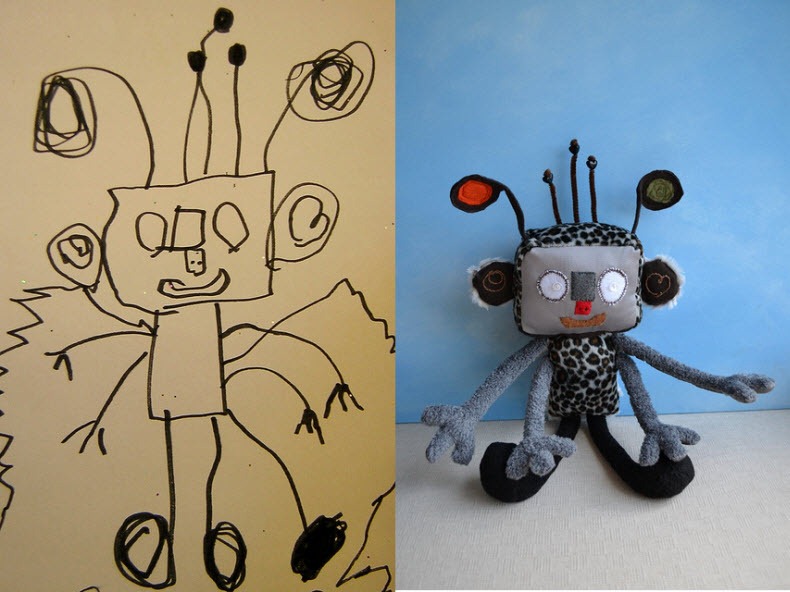 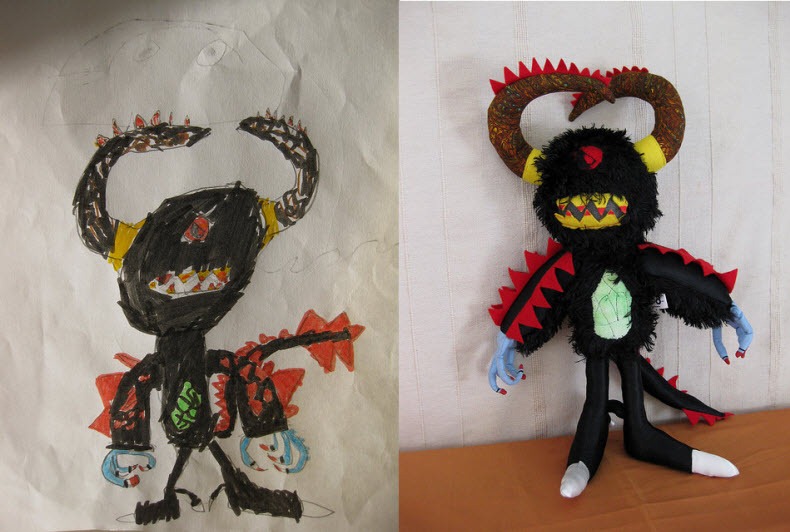 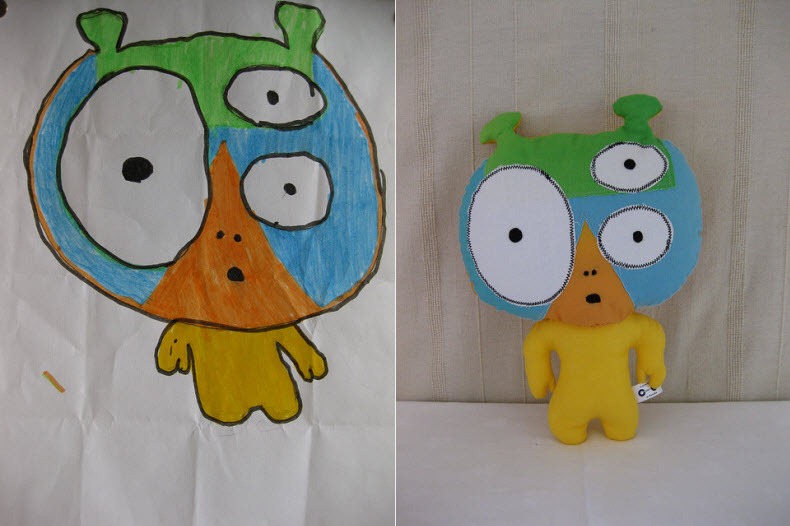 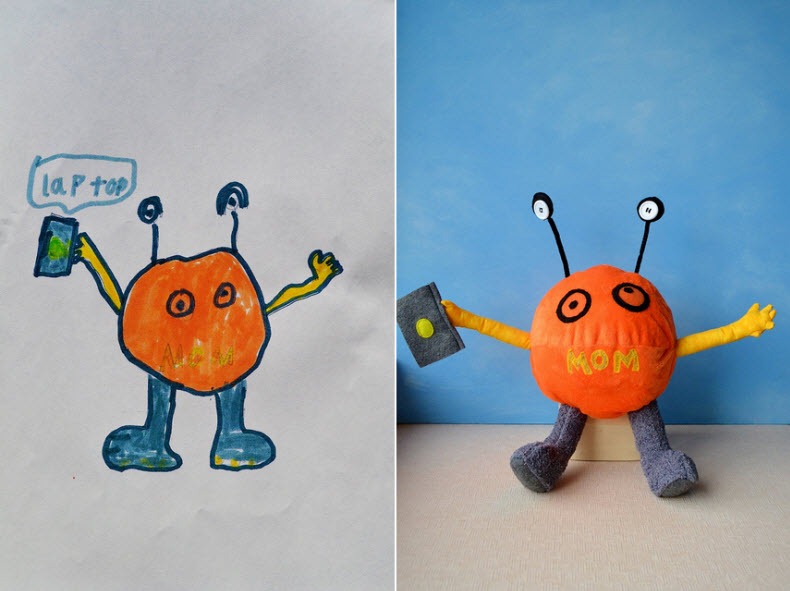 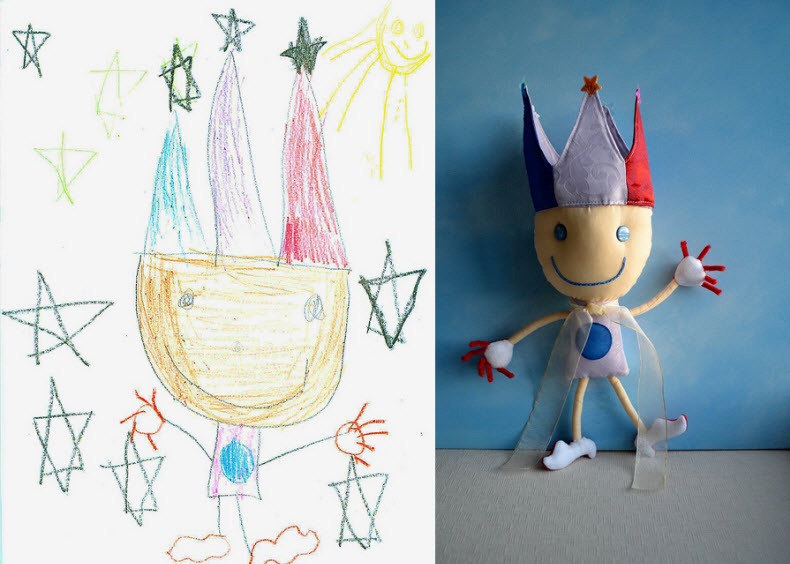 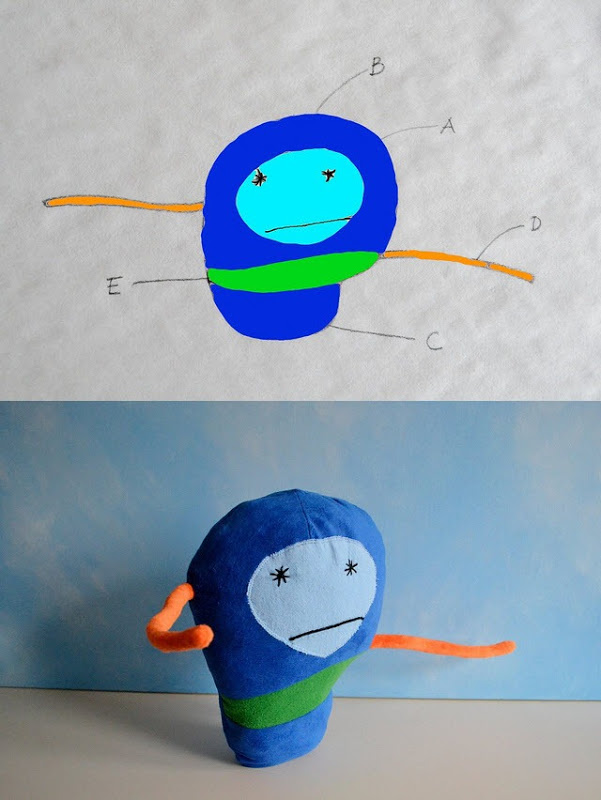 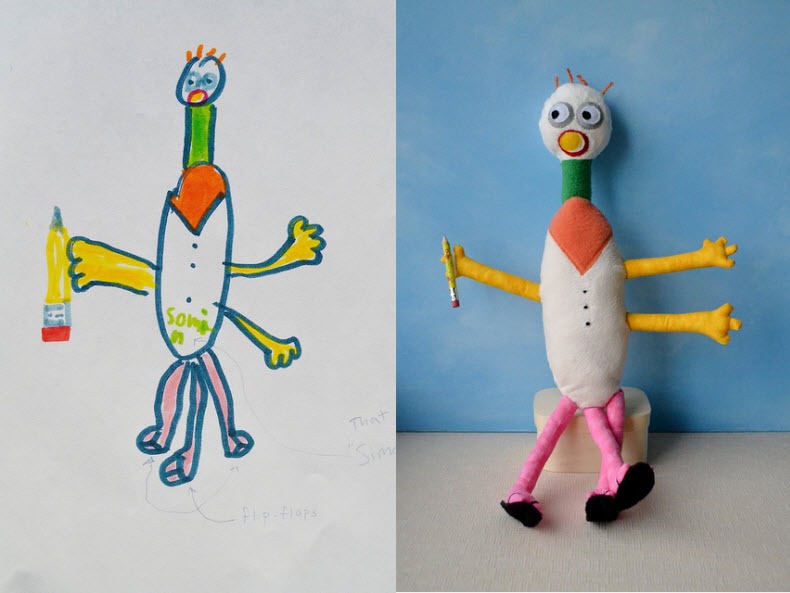 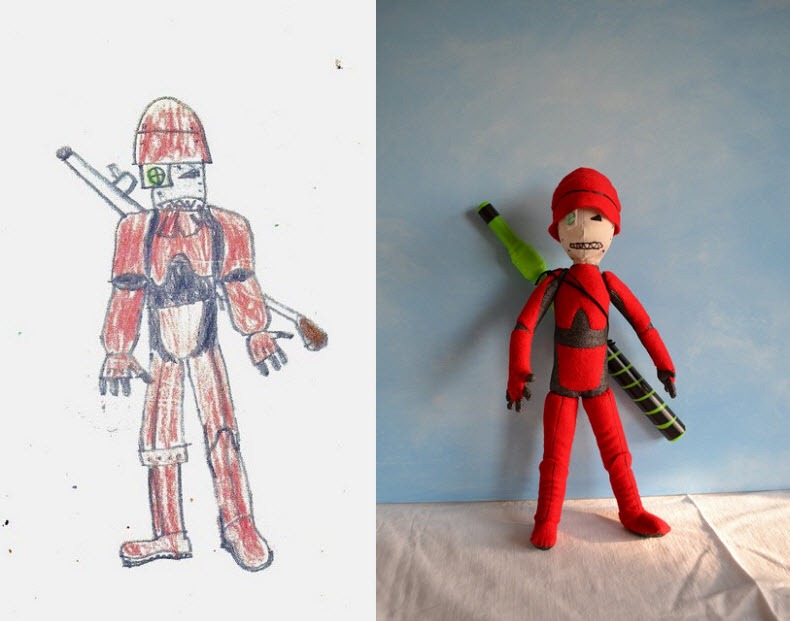 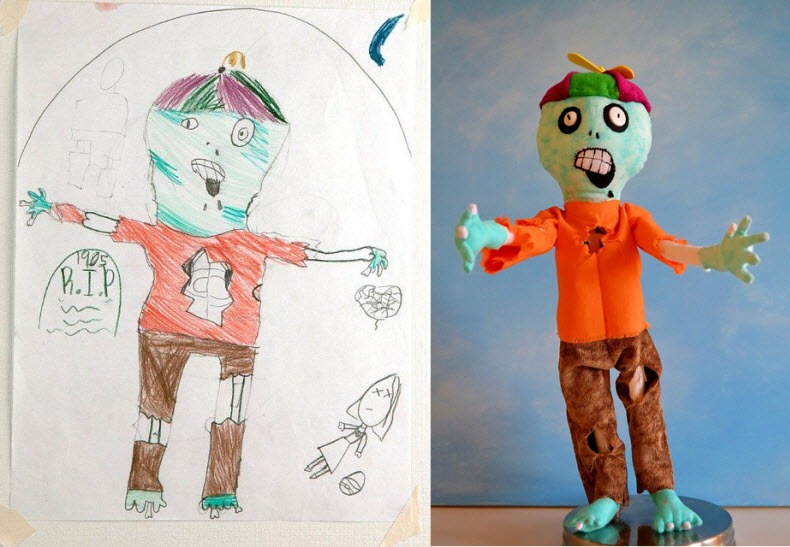 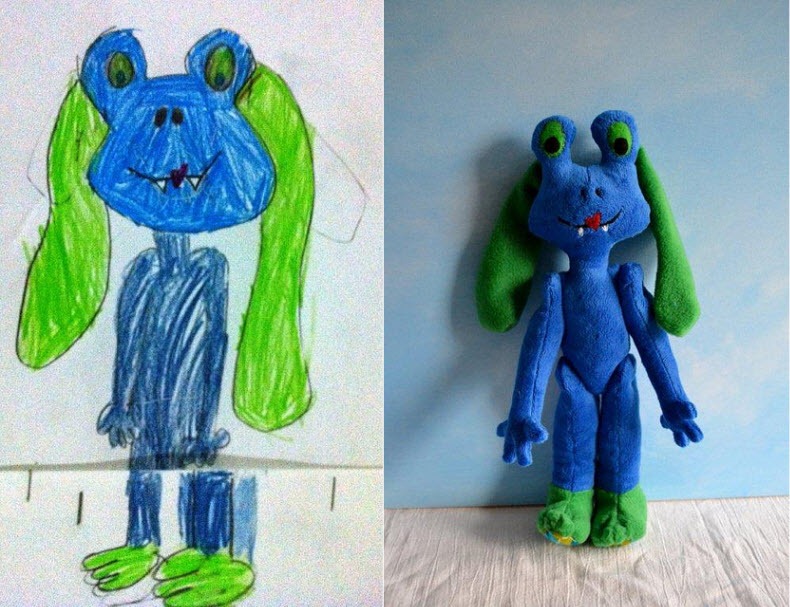 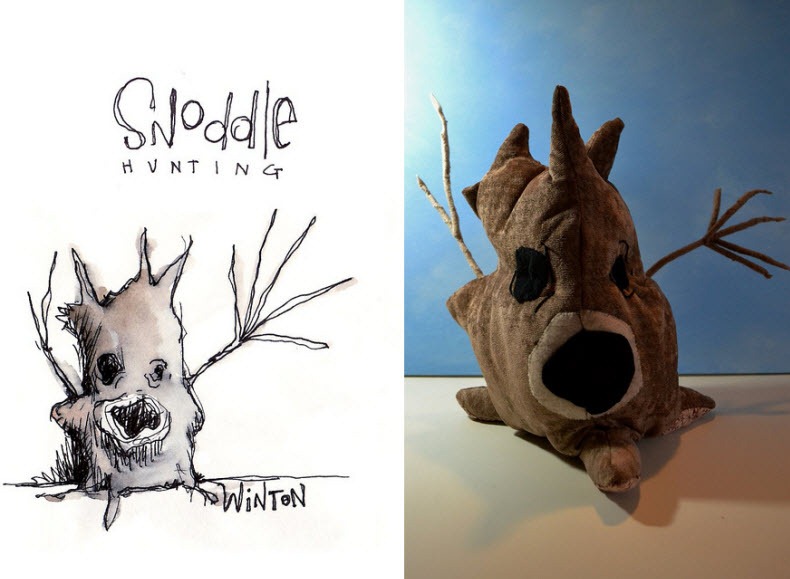 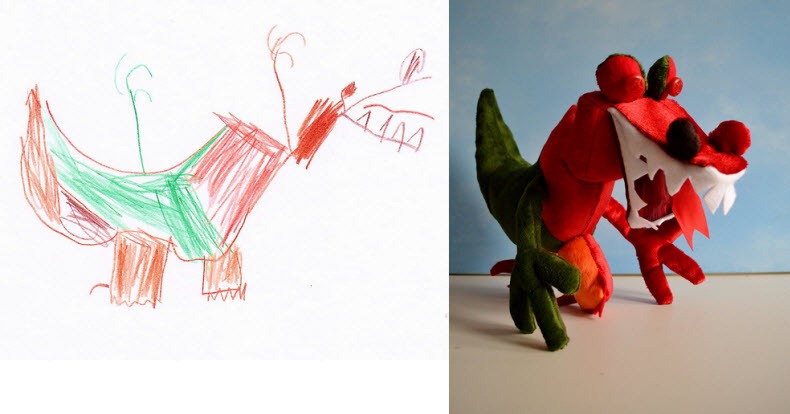 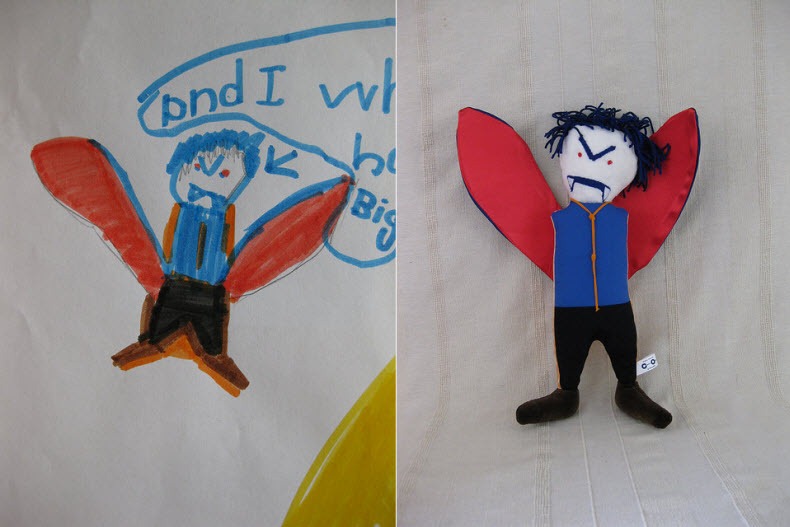 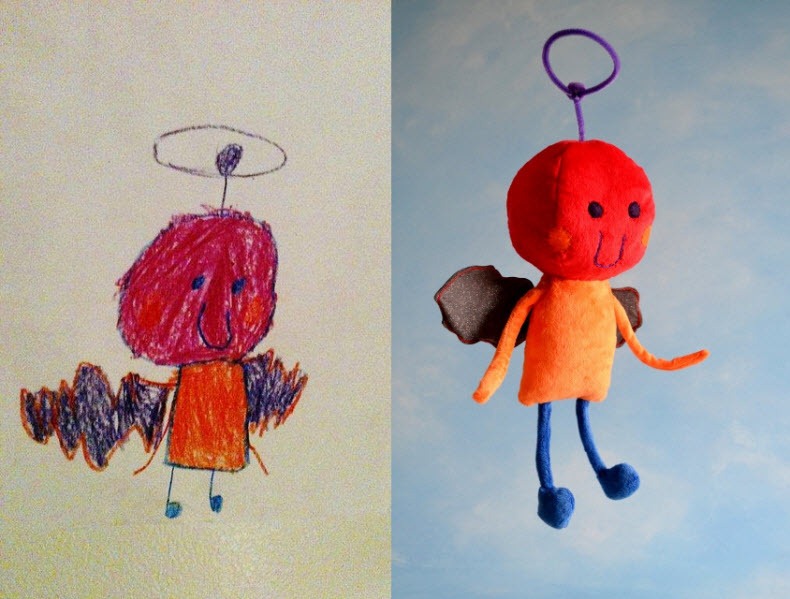 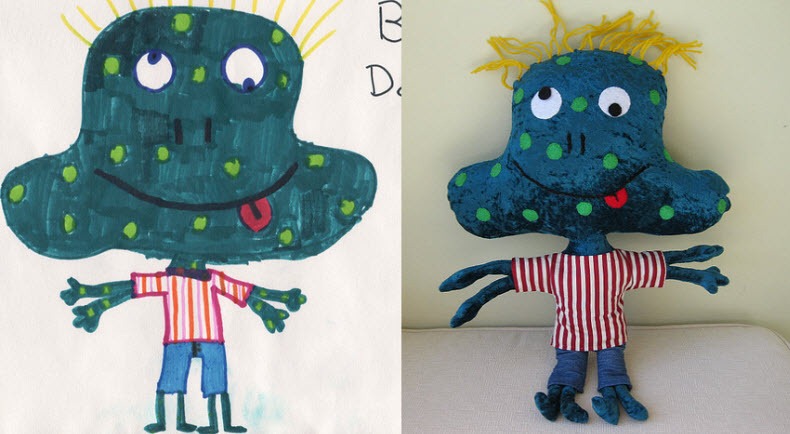 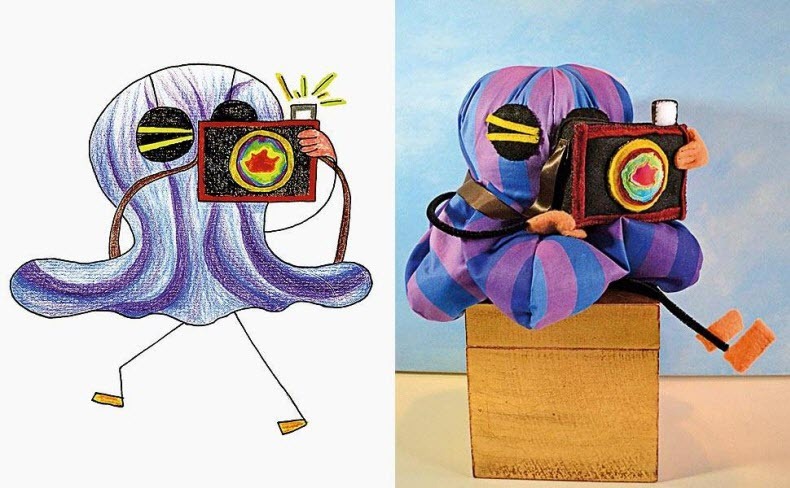 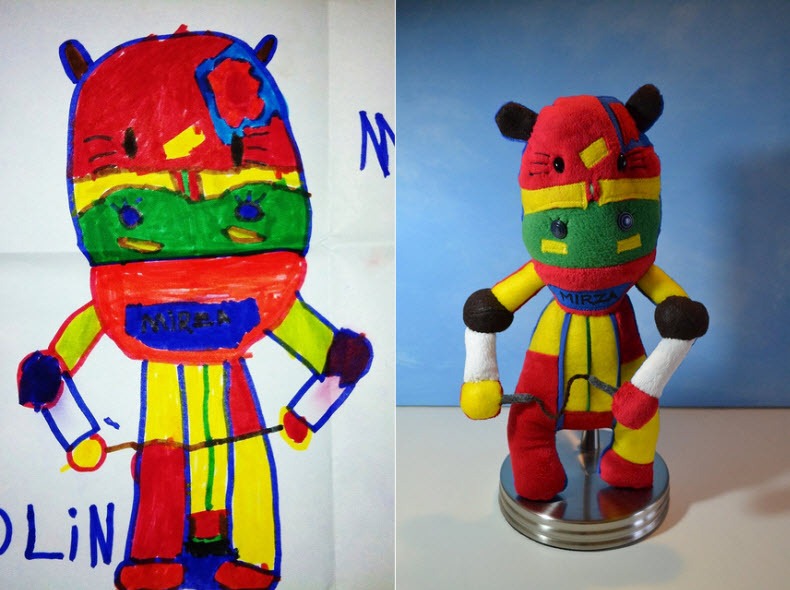 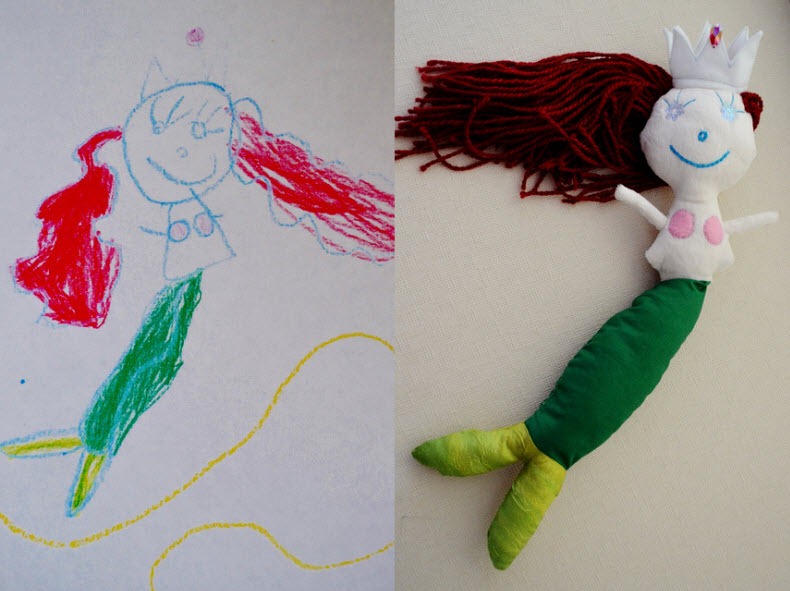 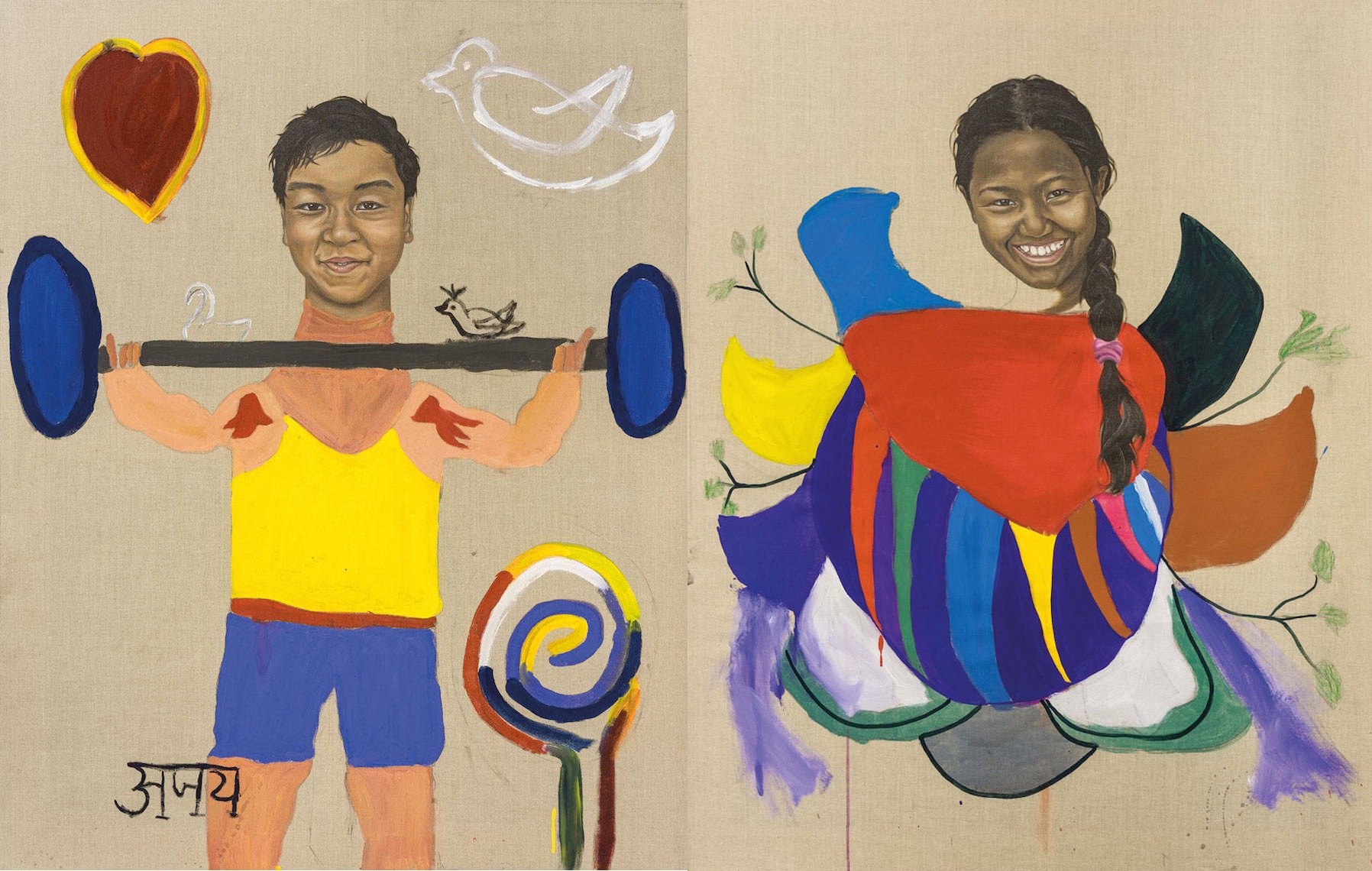 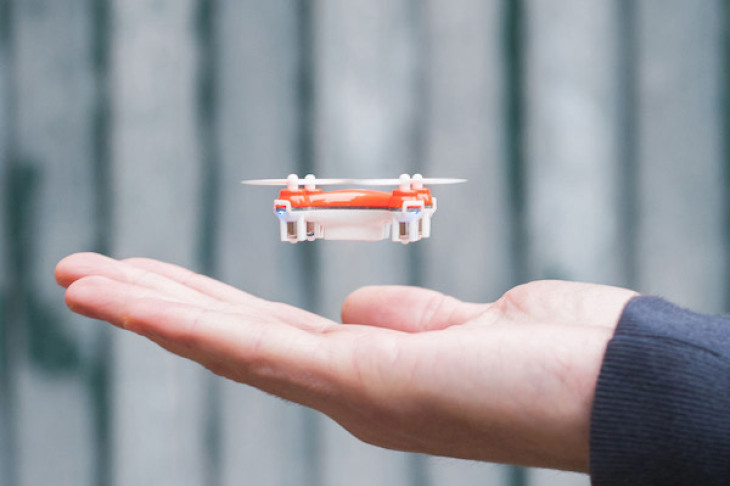 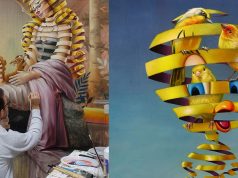 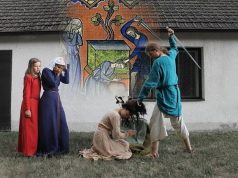