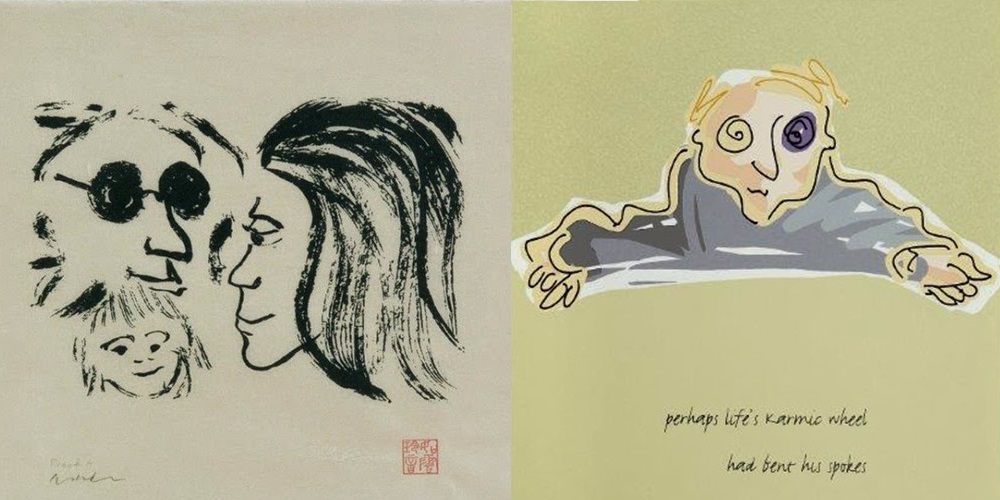 Long before he took over the world with his songs, his actions and his ideas, John Lennon attended the prestigious Liverpool Art Institute (1957-1960). And even though he later formed the Beatles and stopped practicing art, he never let go of drawing and painting.

John Lennon’s sketches and writings have been included and published in three bestselling books: In His Own Write (1964), A Spaniard in the Works (1965) and Skywriting By Word of Mouth (1987).