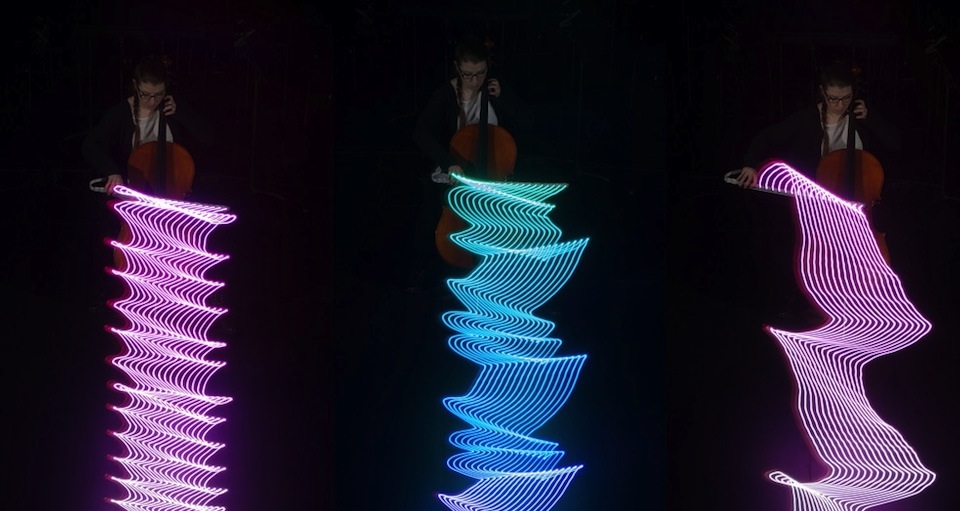 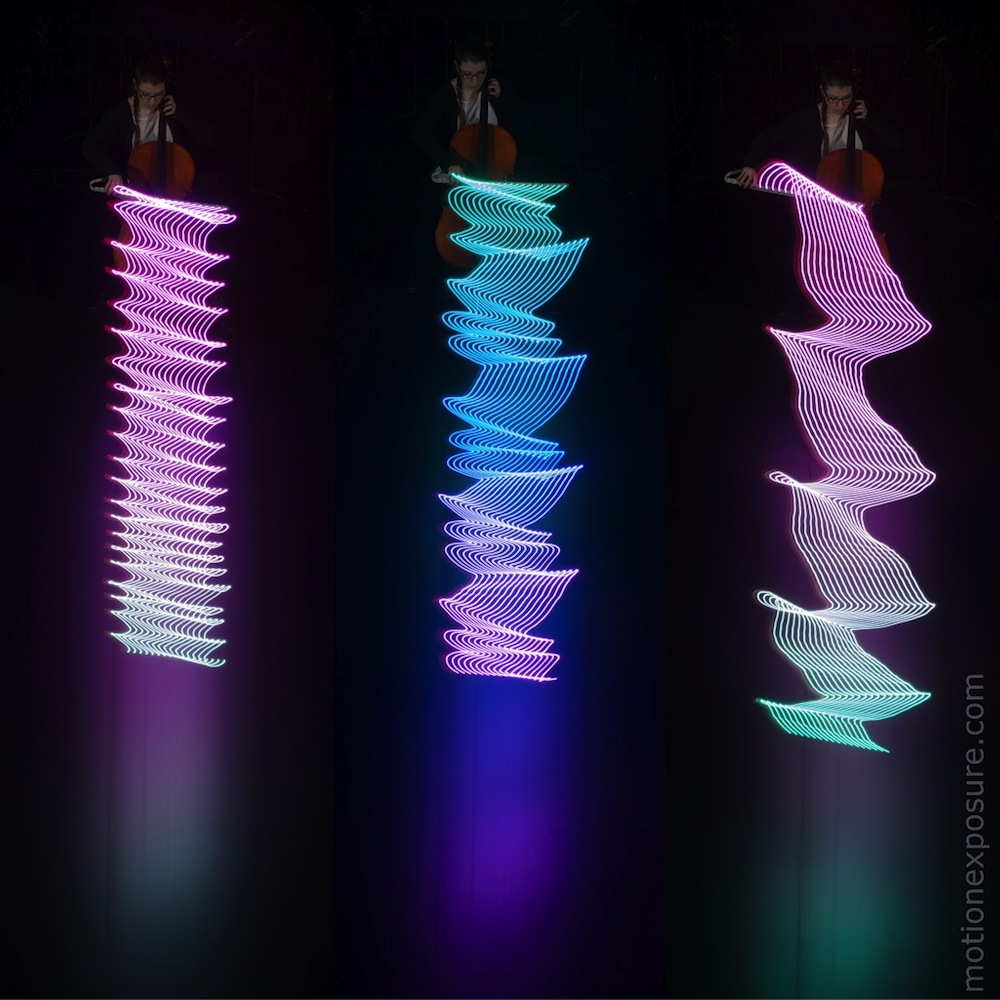 Usually when watching string musicians perform, the audience becomes befuddled with their quick, graceful and seemingly incomprehensible maneuvers (their instruments have no frets, which makes everything a lot more confusing) and entranced by the beautiful sounds they produce. Stephen Orlando, in a beautiful photography series, uses long exposure and LED lights to track the movements of the performers’ bows, resulting in a set of very impressive pictures with a highly acoustical element.

What is even more impressive is that the Ontario-based artist employs no Photoshop in the creation of his photographs, making his works all the more unique. He characteristically states, “A relative motion between the performer and camera must exist for the light trails to move through the frame. I found it easier to move the camera instead of the performer. The LEDs are programmed to change color to convey a sense of time. The progression of time is from left to right in the viola and violin photos and from top to bottom in the cello photos. Each photo is a single exposure and the light trails have not been manipulated in post processing.” 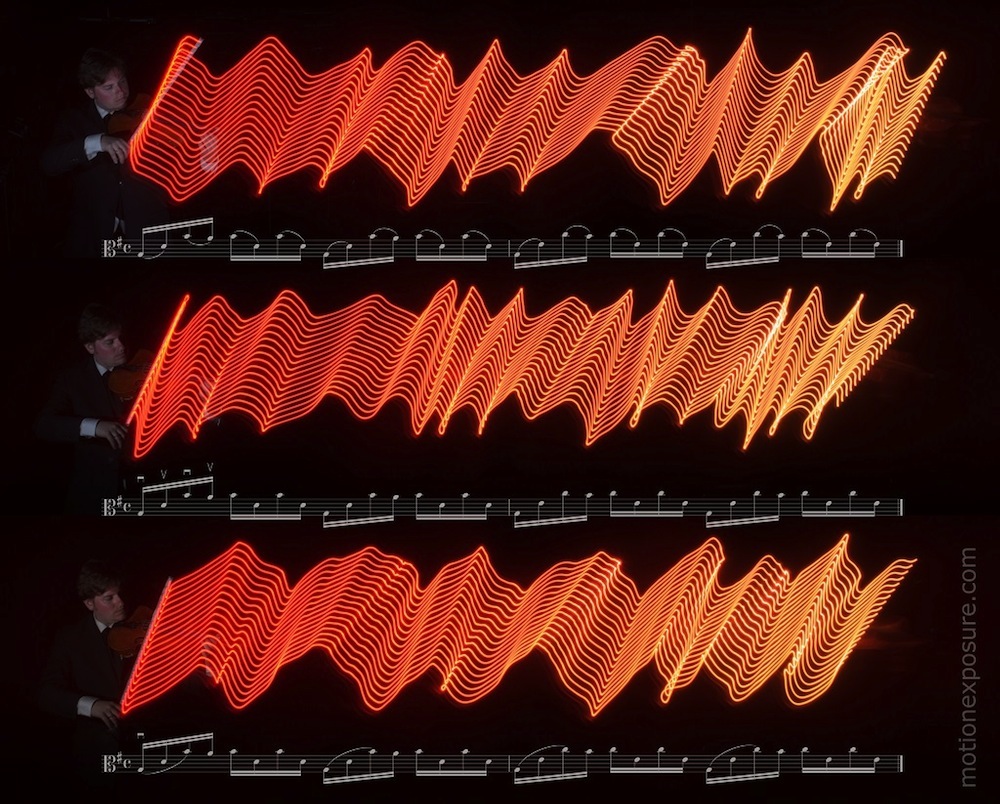 Photos of Carrie Fisher in The Famous “Slave Leia” Bikini Promoting “Return Of The...