When Rick Satava first visited the Monterey Bay Aquarium in the 80s, he probably didn’t expect that his whole career would be based on that visit.

That day Satava became mesmerized with the way pacific coast jellyfish looked like inside their big tanks. This image haunted the glassblower from Chico, California, for years, and after experimenting for a while he began creating these incredible lifelike jellyfish sculptures, out of glass.

His detailed work, beautiful colors and impressive shapes make these works look so real, you could see them actually moving. After forming the inner glass sculpture first, Satava dips it into molten glass, while he later encases it in a solid outer glass shroud. The artist has some time before the “mixture” cools, to shape it however he likes.

According to Satava, his works are, “vertically oriented, colorful, fanciful jellyfish with tendril-like tentacles and a rounded bell encased in an outer layer of rounded clear glass that is bulbous at the top and tapering toward the bottom to form roughly a bullet shape, with the jellyfish portion of the sculpture filling almost the entire volume of the outer, clear-glass shroud.” 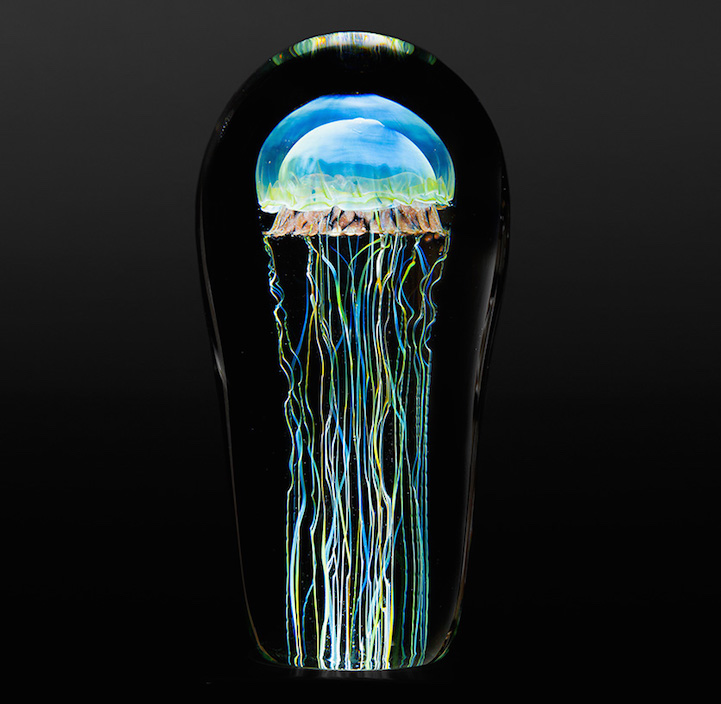 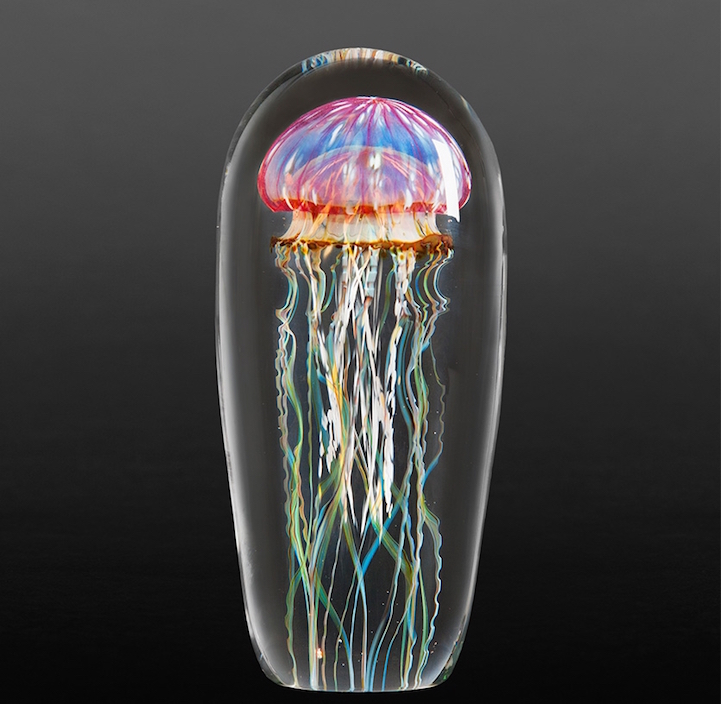 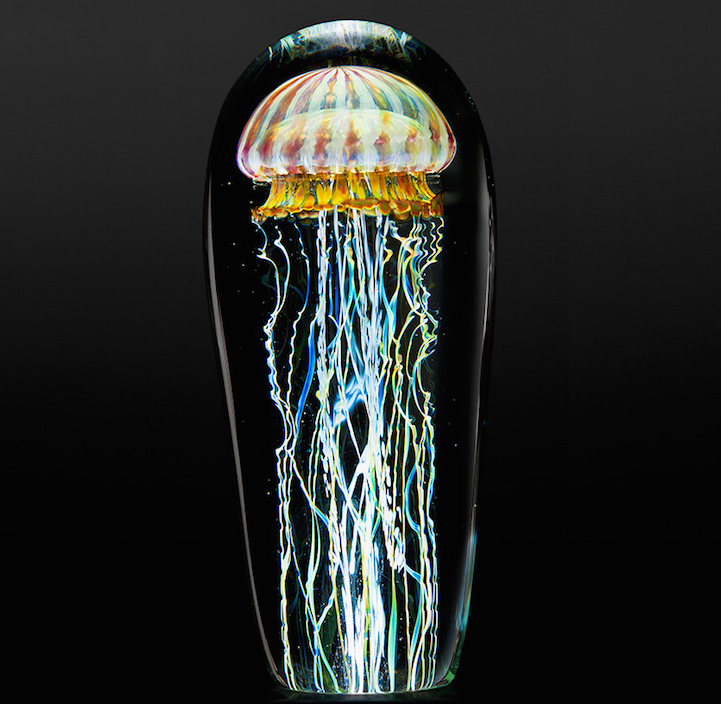 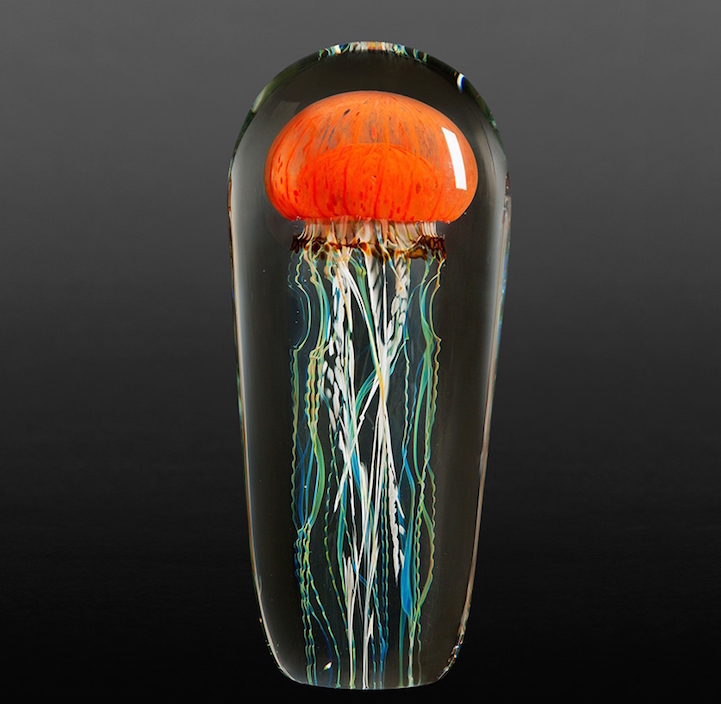 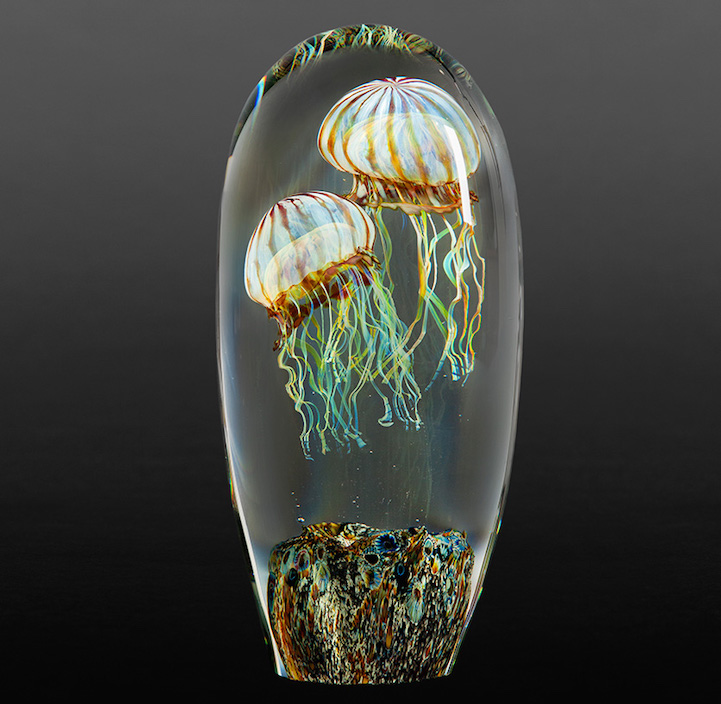 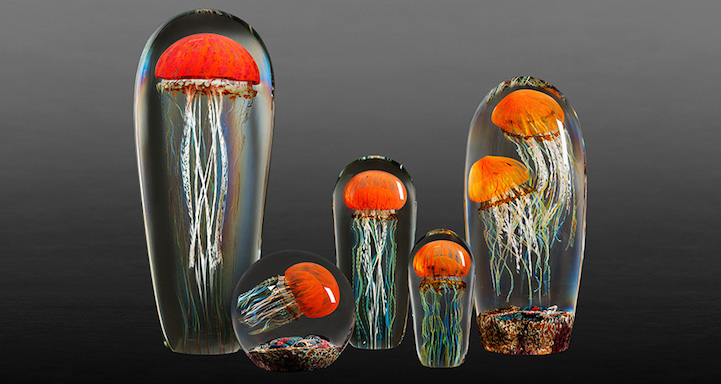 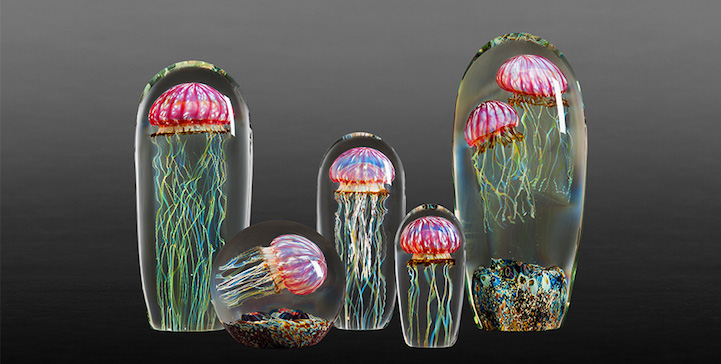 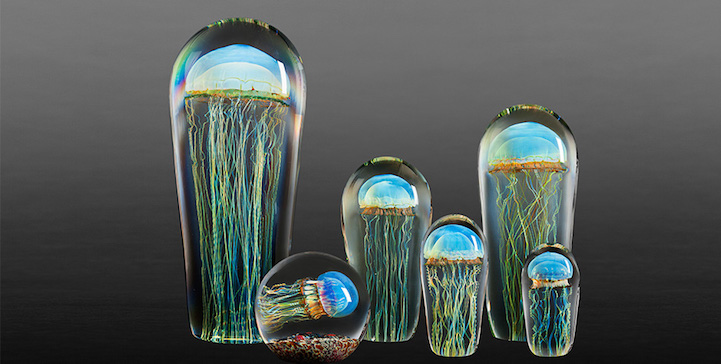