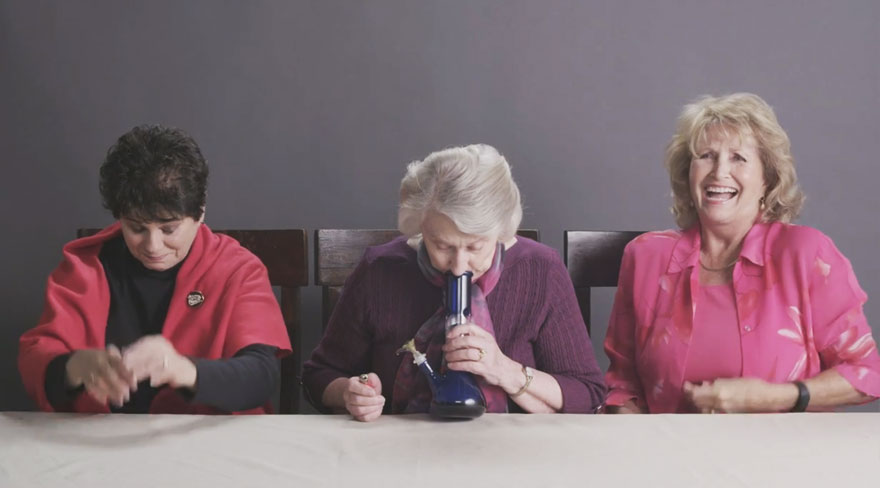 If you’ve ever wondered what 3 grandmas high on weed might look like, look no further! Paula, Dorothea and Deirdre had never tried weed before, but the Cut Video Youtube channel gathered them together in Washington state, where recreational marijuana use was recently legalized, and recorded their first encounter with the magical cannabis plant. The video does much to dispel many of the fears that opponents of recreational marijuana use legalization  have in the U.S. but, more importantly, it’s also hilarious and adorable.

“Yeah, I can feel some tingle in my brain” “Oh, this could be dangerously fun” “I could go iron now for days, I love to iron” “I totally lost track of what you were talking about” “Yeah, I would do it again, if I can get this bag of chips open” 10 Women Street Artists Who Are More Badass Than Banksy