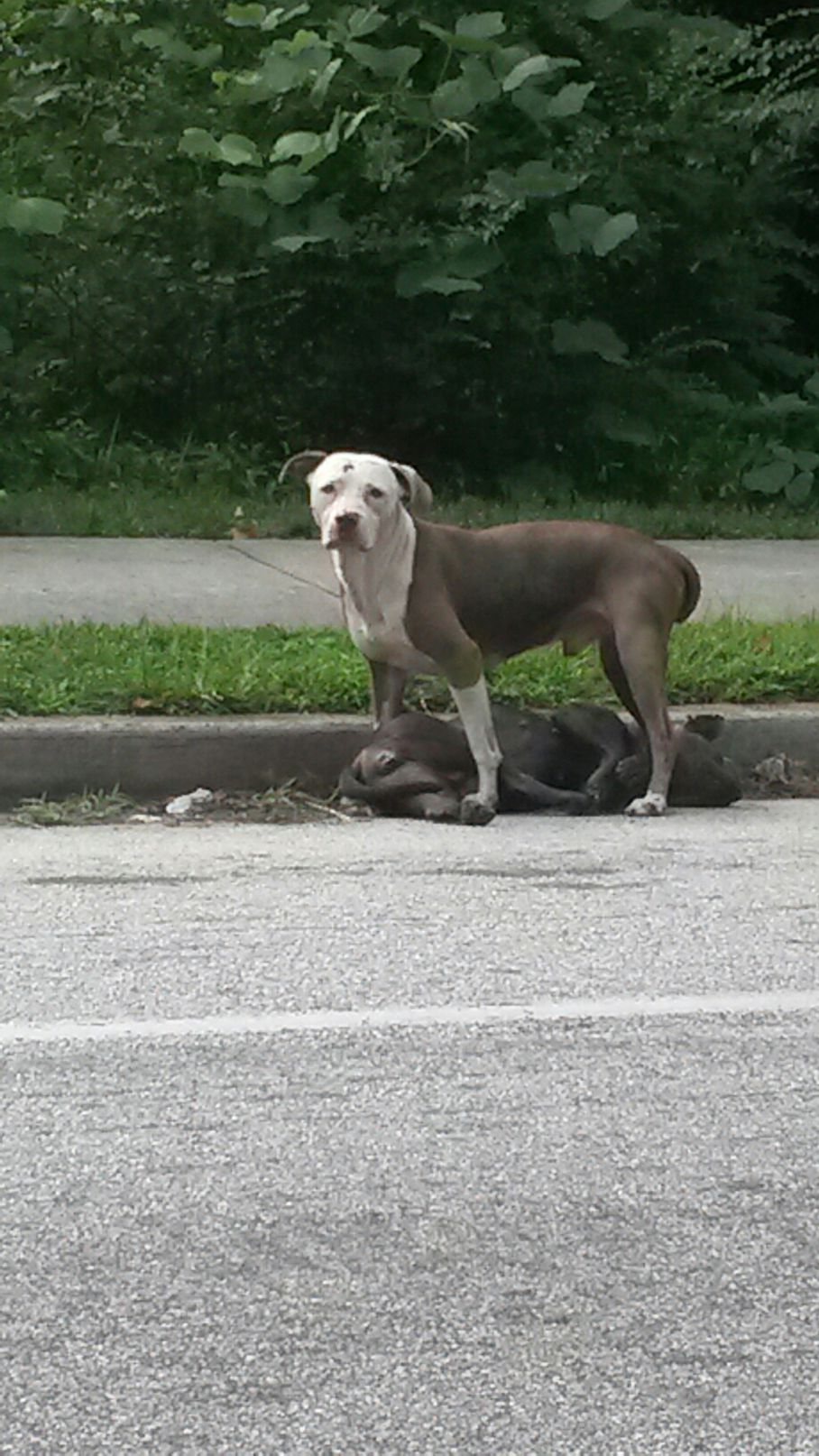 It’s a picture that has gone viral showing a dog standing over its injured companion and now the dog needs a new home.

A man named Michael Mason was leaving church when he said he noticed a dog standing on the side of the road. As he looked closer, he said he saw the dog standing over its injured companion. Mason turned back around, snapped one picture and shared it with a friend asking for help. He posted it online and it took off.

“The look on his face. ‘Can someone help me?’ He was watching over him like a guard dog,” said Mason.

The picture made even more rounds online after “The Walking Dead” actress Kylie Szymanski posted it on her Facebook fan page.

The dog is now at Fulton County Animal Services where they have named him Herman and he needs a new home. A vet was unable to save Herman’s companion.

“We are grateful someone stopped and cared enough to take a picture and share it to demonstrate the power of a dog’s love. And this sweet animal didn’t leave his friend when she was injured,” said Cicley Gay with LifeLine Animal Project.

“They do feel that companionship and when somebody is gone they miss them,” explained Kerry Moyers-Horton, a staff member with Fulton County Animal Services.

Channel 2’s Craig Lucie got to know Herman and he says he is a smart and kind Staffordshire Bull Terrier. Herman quickly figured out how to open the back fences at animal control.

He asked Mason if he would consider adopting Herman, and Mason said he would if his wife would let him.

Lucie also asked animal services if Herman was a stray and they say they don’t know. They said considering how friendly he acts around people, he must have come from someone’s home. He is up for adoption so if you are interested, contact Fulton County Animal Services.