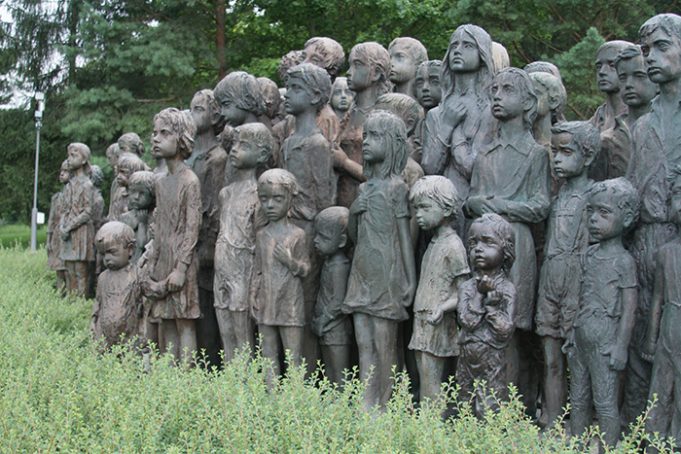 This haunting work of art took two decades to finish, and the story behind it is heartbreaking

This story starts with Reinhard Heydrich. The name doesn’t sound familiar? How about “the Hangman”, the “Butcher of Prague”, the “Blond Beast”? Or “Himmler’s Evil Genius” and the “Man with the Iron Heart”? These horrendous nicknames, all refer to Reinhard Heydrich. A high ranking Nazi who is considered the architect of the Holocaust. He was assassinated in Prague-Liben on the 4th of June 1942.

Upon hearing of the assassination, it is said that Hitler ordered immediate mass killings in Czechoslovakia, in order to avenge Reinhard’s death.

On June 10, Nazis murdered the entire adult male population of a village of Lidice. All 173 men. The 88 children they found, were sent to an unused factory in Poland. 6 were deemed fit for “germanization”, the other 82, were taken to Chelmno. An extermination camp…

The memory of the 82 gassed children though, will live on forever. And now, the 82 children, or rather their bronze statues overlook their old village of Lidice. It is a truly haunting work of art, created by Marie Uchytilova to commemorate the children who were killed that summer.

In this heartbreaking work of art, you will count 42 girls and 40 boys. The work took two decades to complete for a number of reasons. But now, the 82 murdered children, stand silent in front of their old homes, as a memory, of one of the most atrocious acts committed during that era.