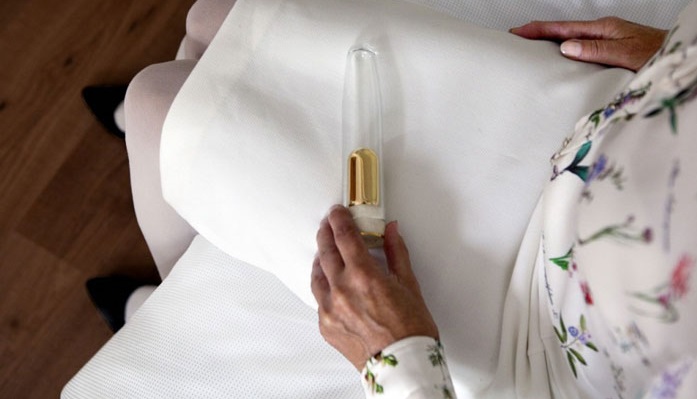 This is not a joke! If you haven’t thought of that yet, starting doing so as designer Mark Sturkenboom created an unusual container for loved ones, as apart from it’s use as a memory object it also has a functioning role, the role of giving pleasure. “This forms the base for 21 Grams. The urn offers the possibility to conserve 21 grams of ashes of the deceased and displays an immortal desire,” says Sturkenboom.

Sturkenboom designed a memory box that apart from the dildo contains a necklace and an amplifier for playing music that reminds you of the deceased. According to the designer, he sometimes helps an elderly lady with her groceries and she has an urn standing near the window with the remains of her husband. “She always speaks with so much love about him but the jar he was in didn’t reflect that at all. In that same period I read an article about widows, taboos and sex and intimacy and then I thought to myself “can I combine these themes and make an object that is about love and missing and intimacy?'”

The box is called 21 Grams, as according to an American doctor named Duncan MacDougall -who in 1901 was weighing elderly people immediately before and after they died from tuberculosis- the human soul weighs 21 grams.

“I tried to open a new window for the way we reminisce about someone and find a dialogue for these feelings people are struggling with when somebody passes,” says Sturkenboom. “We live in a time where we are able to manipulate life, adjust the way that we look, where the possibilities are endless if it comes to body enhancements, but there is one thing we still cannot answer, the unavoidable passing of life. But I can sure try.” 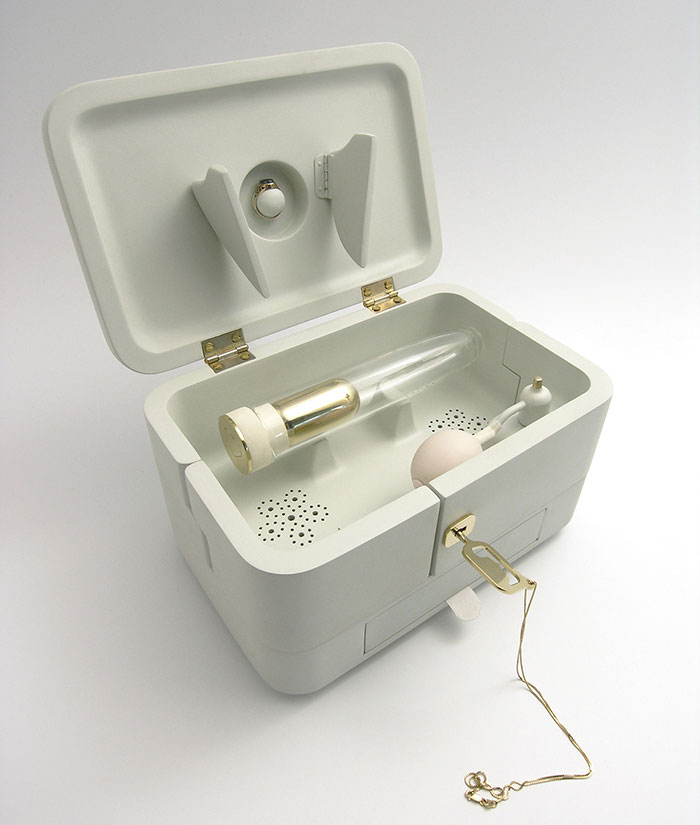 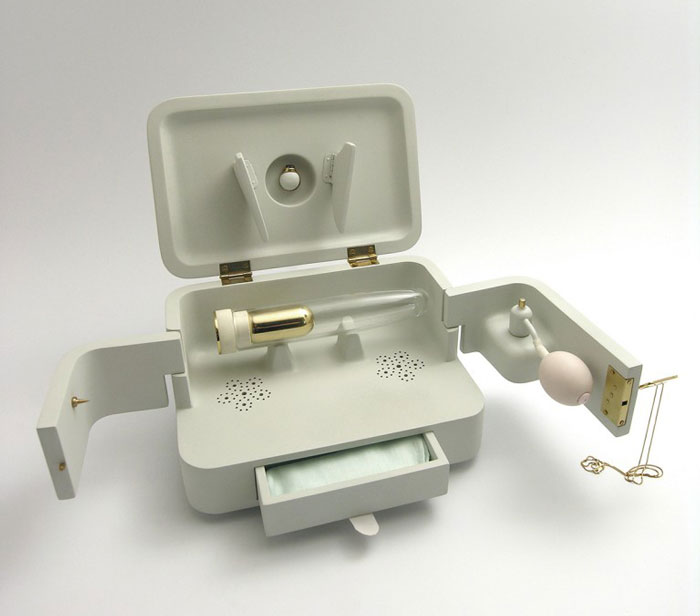 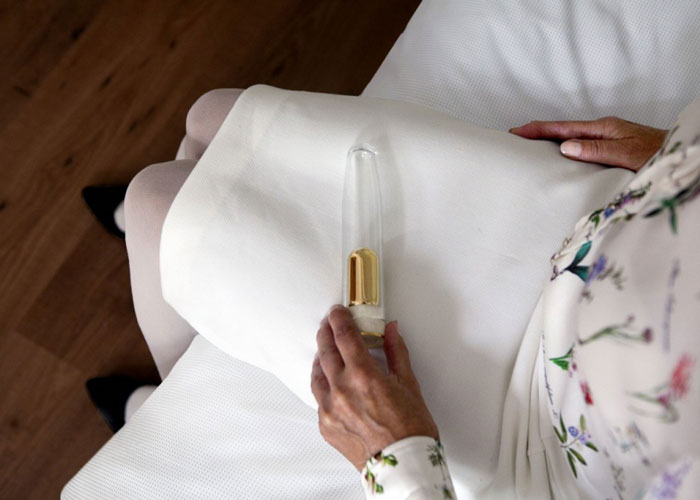 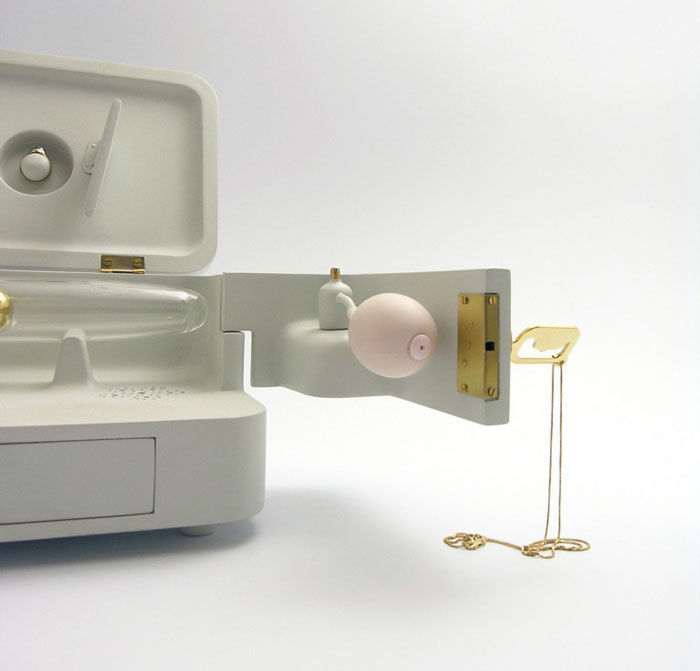 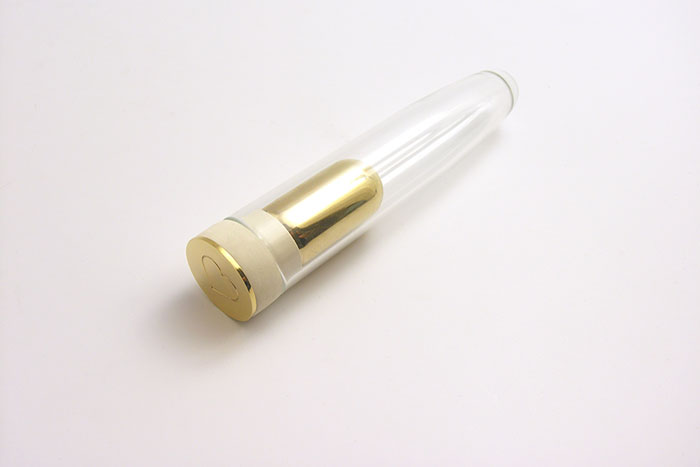 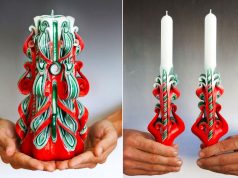 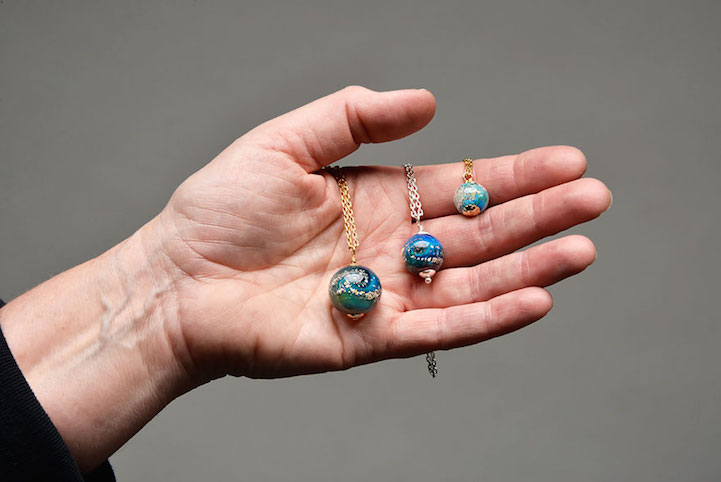