LONDON — A sensuous Paul Gauguin painting of two Tahitian girls has been sold from a Swiss private collection for close to $300 million, one of the highest prices believed to have been paid for an artwork, according to European and American art world insiders with knowledge of the matter.

The sale of the 1892 oil painting, “Nafea Faa Ipoipo (When Will You Marry?),” was confirmed by the seller, Rudolf Staechelin, 62, a retired Sotheby’s executive living in Basel, Switzerland, who through a family trust owns more than 20 works in a valuable collection of Impressionist and Post-Impressionist art, including the Gauguin, which has been on loan to the Kunstmuseum Basel for nearly a half-century.

Two dealers with knowledge of the matter, who declined to be named because of concerns over client confidentiality, said the painting had been purchased by a Qatari buyer, but Mr. Staechelin would not say whether the new owner was from Qatar, a tiny, oil-rich emirate. “I don’t deny it and I don’t confirm it,” Mr. Staechelin said, also declining to disclose the price.

Guy Morin, the mayor of Basel, acknowledged news of the sale of the Gauguin and bemoaned its loss. On Tuesday, The Baer Faxt, an art world insiders’ newsletter, said Qatar was rumored to be the buyer of the Gauguin at $300 million, which would exceed the more than $250 million that Qatar reportedly paid for Paul Cézanne’s “The Card Players” in 2011.

Todd Levin, a New York art adviser, said of the Gauguin, “I heard that this painting was in play late last year.” He added, “The price quoted to me at that time was in the high $200 millions, close to $300 million.”

In recent years the Qatar royal family and the museums authority have been reported to be expansive buyers of trophy quality Western modern and contemporary art by Mark Rothko, Damien Hirst and Cézanne. In a move that jolted Basel as news of the sale trickled out, Mr. Staechelin said that his family’s trust was ending its loan to the Kunstmuseum as a result of a dispute with the local canton. He said that he was searching for a top museum to accept the Staechelin collection — which also includes works by van Gogh, Picasso and Pissarro — on loan, without a lending fee, with a promise to integrate the pieces into permanent exhibitions.

The works were amassed by his grandfather, a Swiss merchant also named Rudolf Staechelin, who befriended artists and made most of his purchases during and after World War I. Later, the elder Mr. Staechelin advised the Kunstmuseum, which accepted the loan of his collection after his death in 1946.

The grandson said that the works had never been hung in his family’s home because they were too precious and that he saw them in a museum along with everyone else. He has decided to sell, he said, because it is the time in his life to diversify his assets. “In a way it’s sad,” he said, “but on the other hand, it’s a fact of life. Private collections are like private persons. They don’t live forever.”

On the last few days before closing last weekend for renovations through 2016, the Kunstmuseum opened its doors for free and drew a record crowd of 7,500 people, many of whom caught the last glimpse of the Gauguin in its longtime home.

Gauguin’s Tahiti-period paintings are among the most admired and coveted artworks of the Post-Impressionist period. This particular piece, focusing on the enigmatic interplay between two girls in a Polynesian landscape, was painted during the first of the artist’s two spells living in Tahiti.

The painting will still be on display at a special Gauguin exhibition opening this month in Basel at the Beyeler Foundation and then the collection will travel to the Reina Sofía museum in Madrid and the Phillips Collection in Washington. The buyer will take ownership next January, Mr. Staechelin said.

Local institutions in Basel, which learned definitively about the loss of the collection on Thursday morning, were still trying to come to grips with the news. The Kunstmuseum issued a brief statement about the loss saying, in part, “We are painfully reminded that permanent loans are still loans.”

Mr. Morin, the mayor, said in a statement that the canton tried to persuade Mr. Staechelin to bring back the collection when the museum reopened in April 2016. But for months the canton and the family trust squabbled behind the scenes over an existing loan contract.

Mr. Staechelin said that he had sought a new contract after the museum announced plans to shut down. When canton officials failed to budge on a new contract, he said, he canceled the existing one because of a provision that requires that the artworks be on public display.

“The real question is why only now?” Mr. Staechelin said of the Gauguin sale. “It’s mainly because we got a good offer. The market is very high and who knows what it will be in 10 years. I always tried to keep as much together as I could.” He added, “Over 90 percent of our assets are paintings hanging for free in the museum.”

“For me they are family history and art,” he said of the artworks. “But they are also security and investments.”

James Roundell, a director at the London dealership Simon Dickinson, said that in the roiling global art market, “a new category of super trophy is emerging.”

“These items are generally in museums and they’re being sold privately, which explains the very high prices,” he said. “If they were offered at auction, would there be competition at that level?” 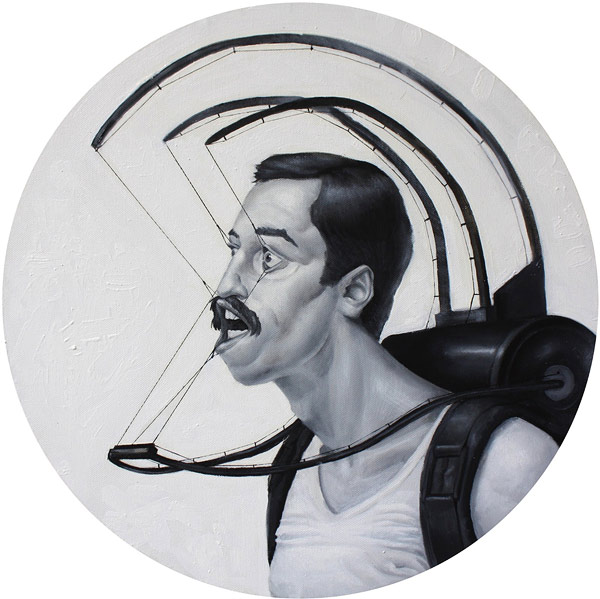 “I’d rather Be A Rising Ape Than A Falling Angel”- Sir Terry Pratchett ...