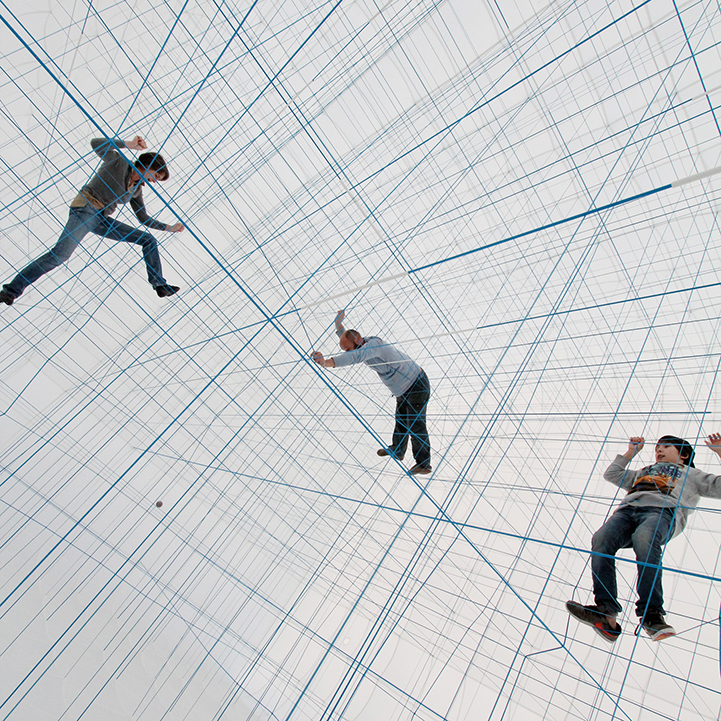 There’s a multiplex installation of blue lines in Vienna, the”String”, which promises great fun to anyone who has the opportunity to try out navigating through its blue lines. 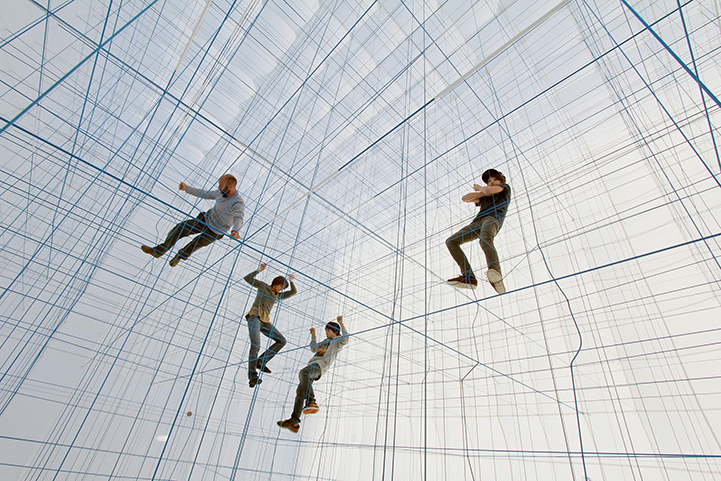 The installation, which is based on a production system of large geometric inflated objects, in this case a square, was built by Numen/For Use, a Croatian-Austrian industrial design group. The huge structure is made up of ropes secured to its sides. 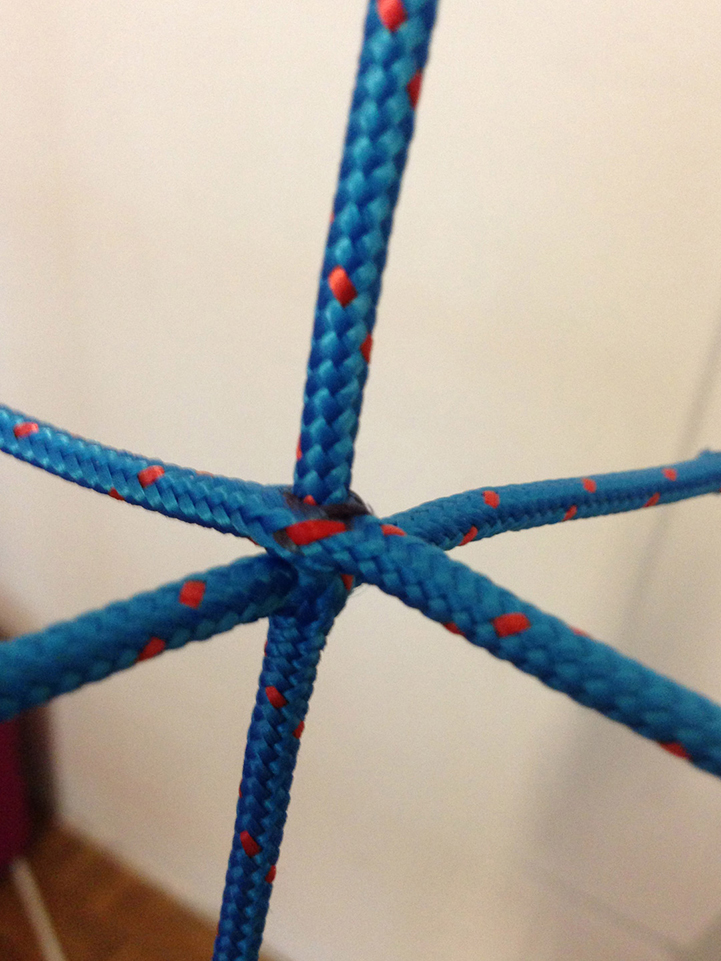 When the square inflates, the ropes are stretched to perfect lines, strained enough for a human being to stand and walk on them. The visitors can climb, swing and play in a completely white space, where perspective becomes perplexing and dazed.
In their website, Numen/For Use state that “bodies entrapped in a 3D grid and flying in unnatural positions throughout superficial white space resemble Dadaist collages. Impossibility of perception of scale and direction results in simultaneous feelings of immenseness and absence of space.” 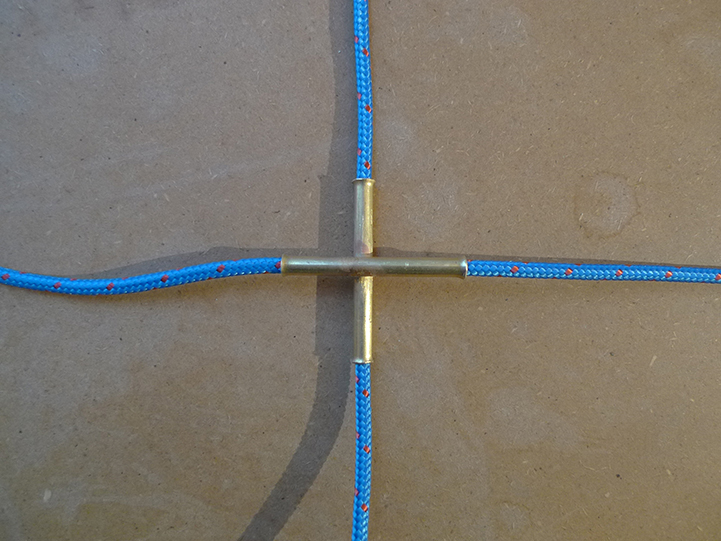 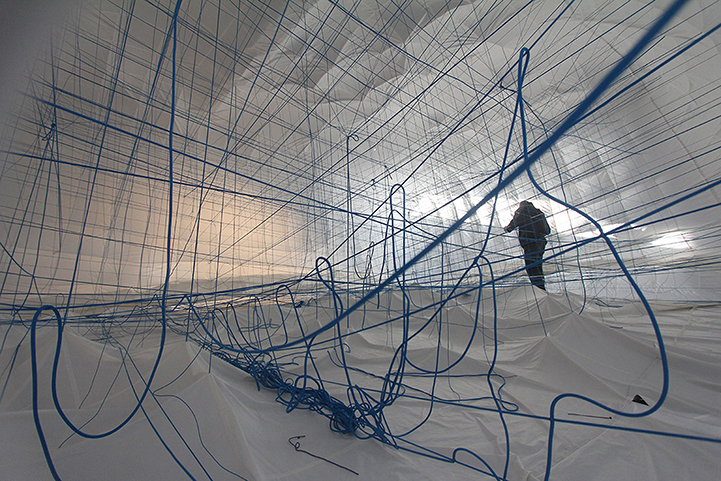 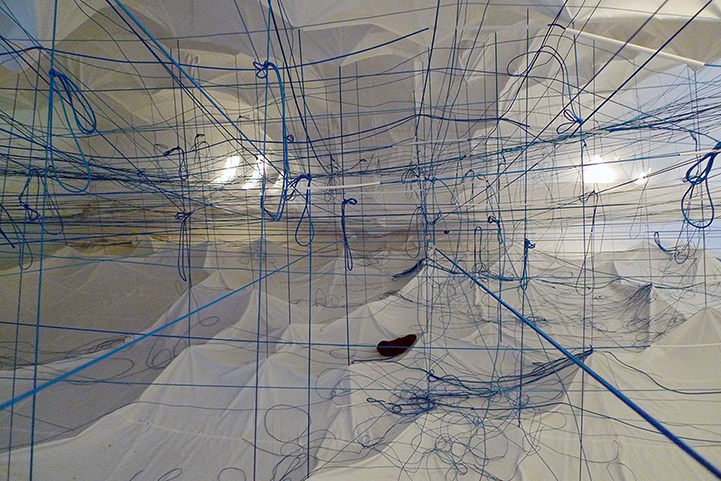 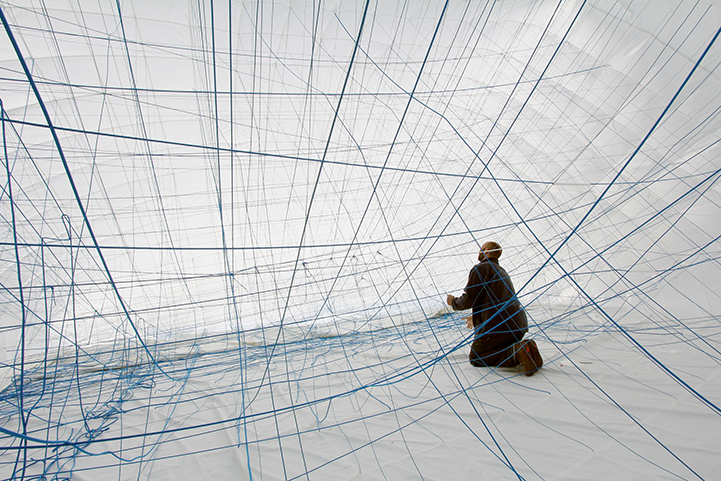 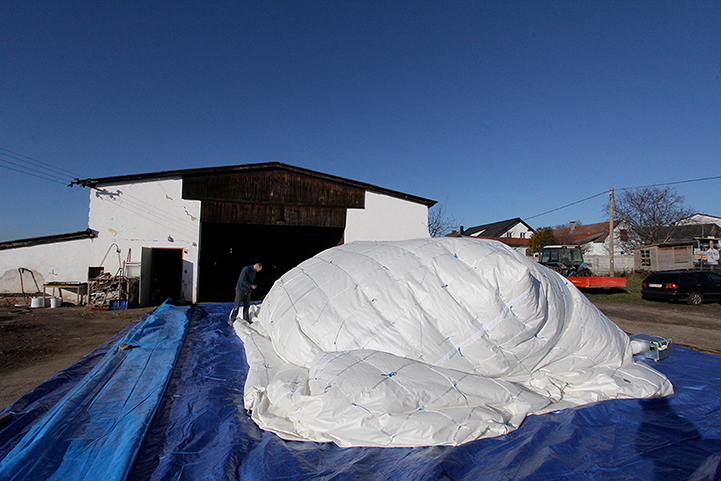 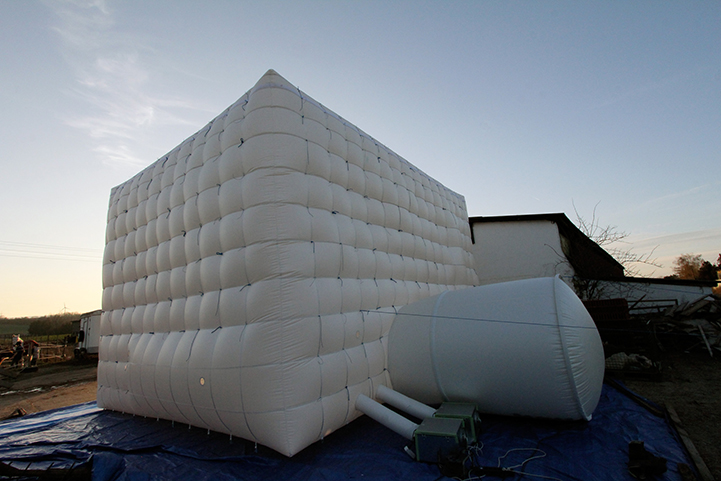 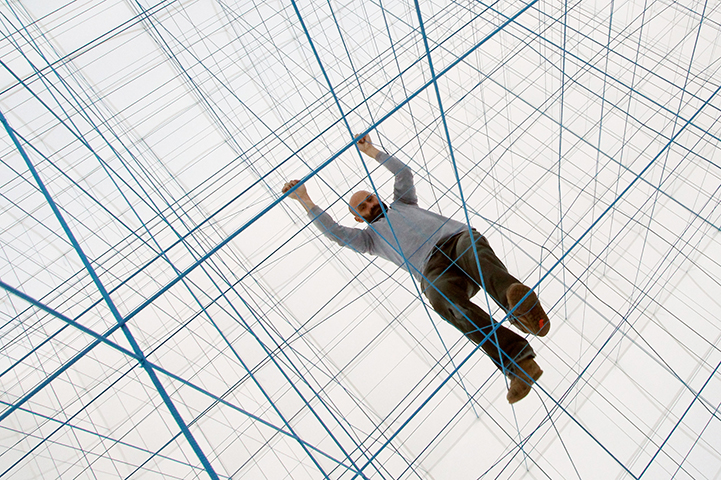 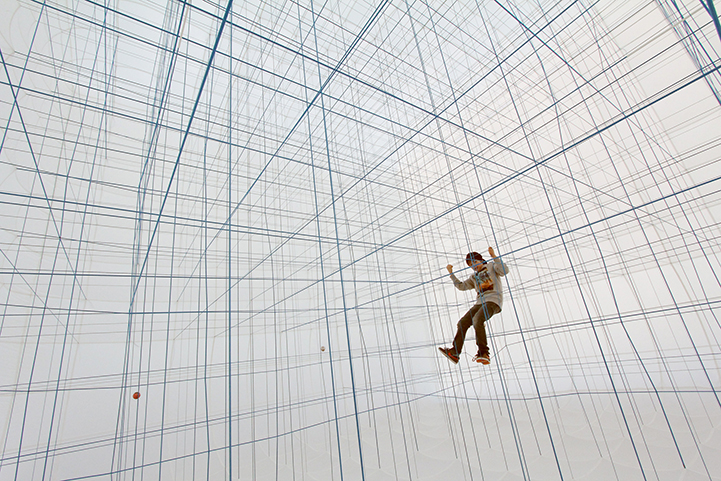 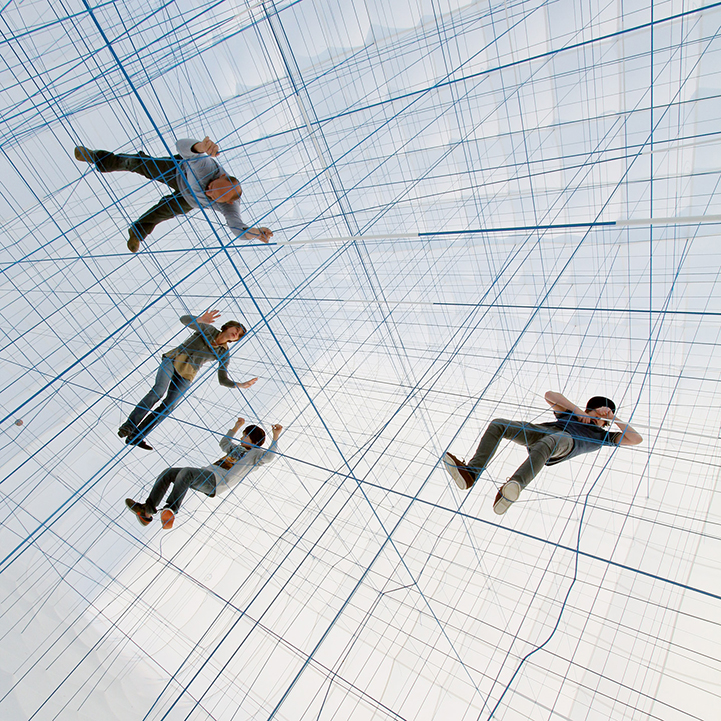 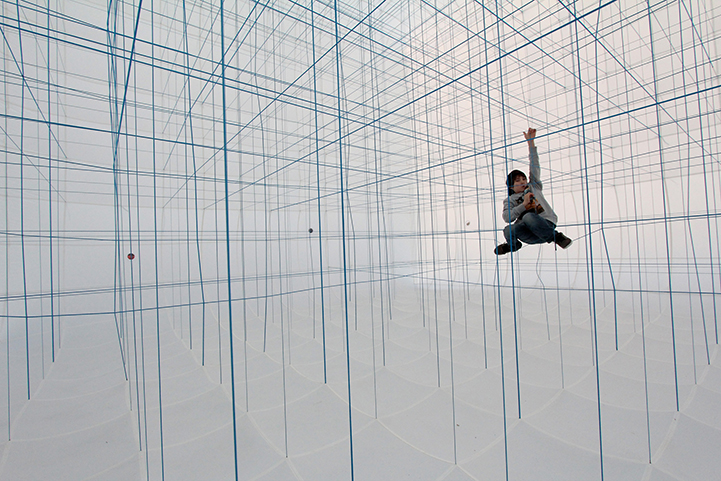 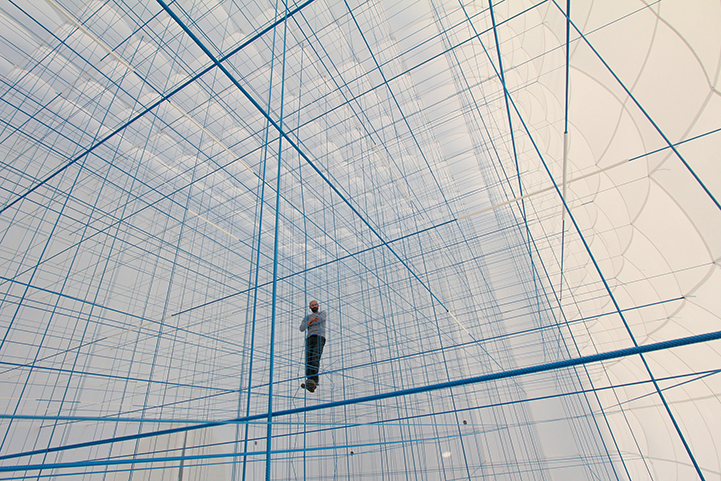 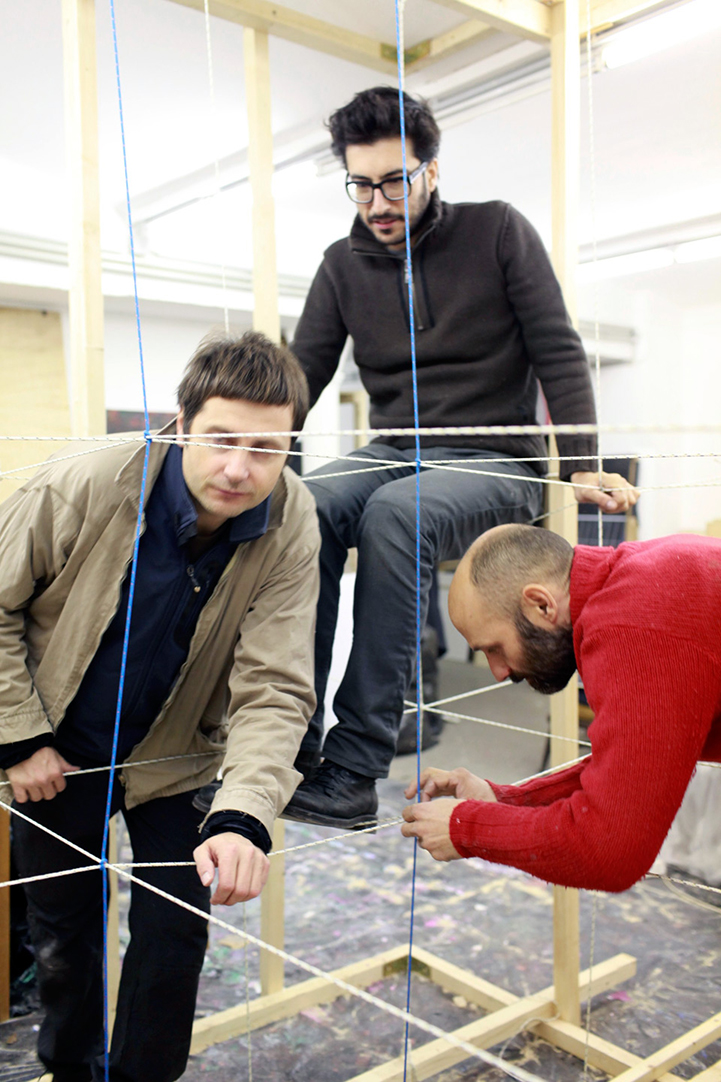 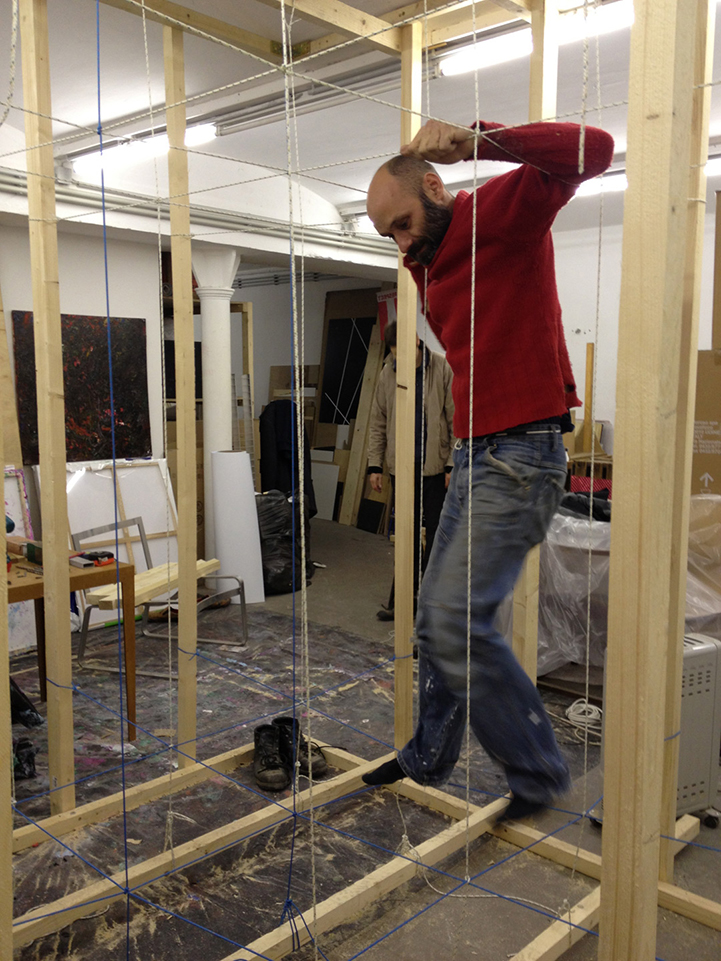 21 of Emily Dickinson’s Most Famous Quotes