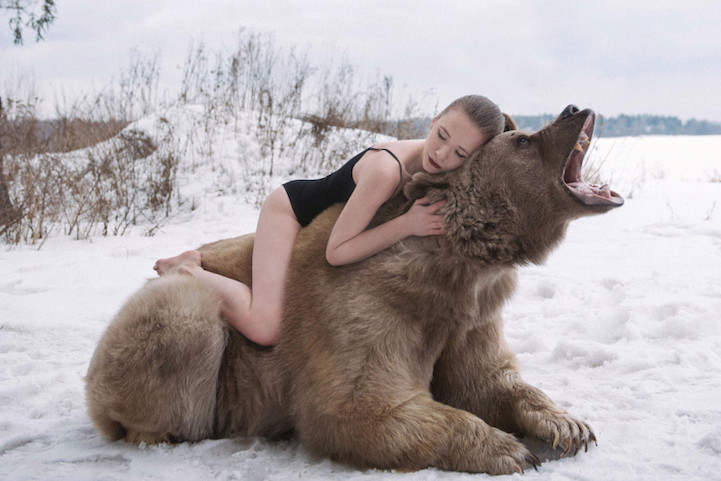 Olga Barantseva is a Russian photographer who recently worked on a project for which she had to photograph a few beautiful girls posing alongside a big brown bear.

As a part of an anti-hunting campaign, the photographer aimed to capture “the natural harmony between humans and bears.” This series of images perfectly portrays the “Beauty and the Beast” relationship between the girls and the bear, as the snowy Moscow forest and the tenderness the protagonists show to each other, create a dreamy, almost surreal atmosphere.

The adorable big bear’s name is Stepan. He weighs more than 1,400 pounds, while he stands at a height of over 7 feet. Stepan was also a victim of hunting until he was saved by his owner, professional circus trainer Yury Panteleenko when he was a cub. He was raised to be friendly around people, so friendly he has participated in over 20 Russians movies.

While he has an established career as an actor, we are not sure as to whether Stepan has worked as a model in the past, but his professionalism and willingness to follow the photographer’s directions show he is a natural -pun intended. 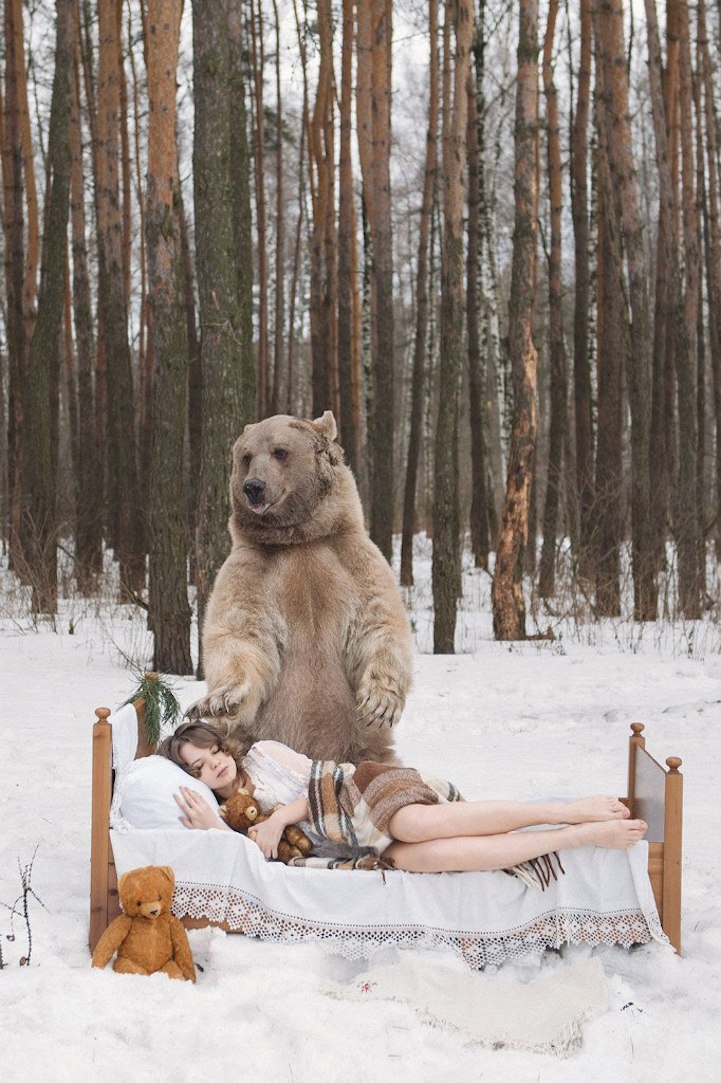 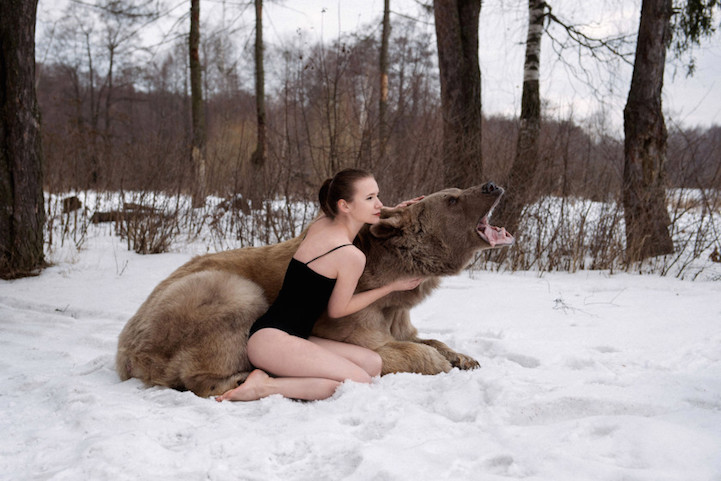 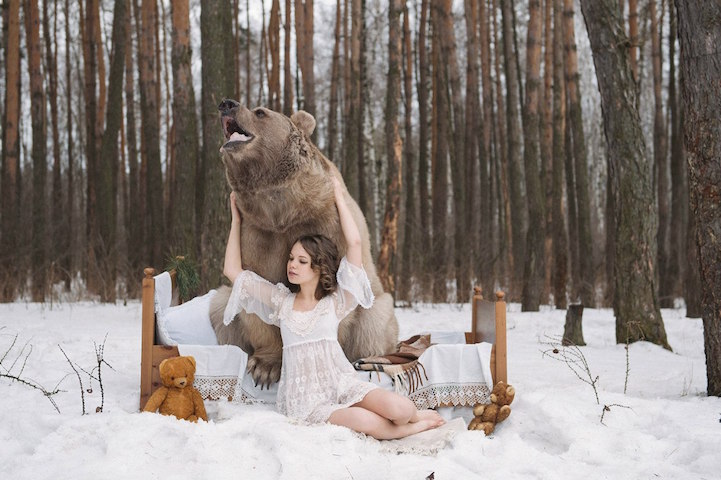 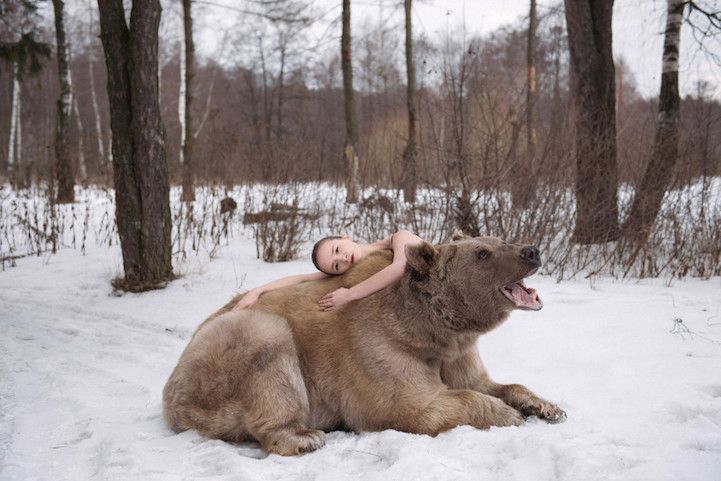 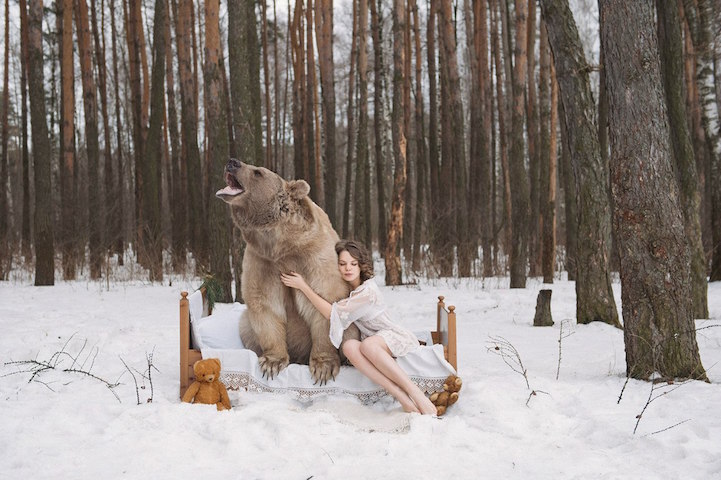 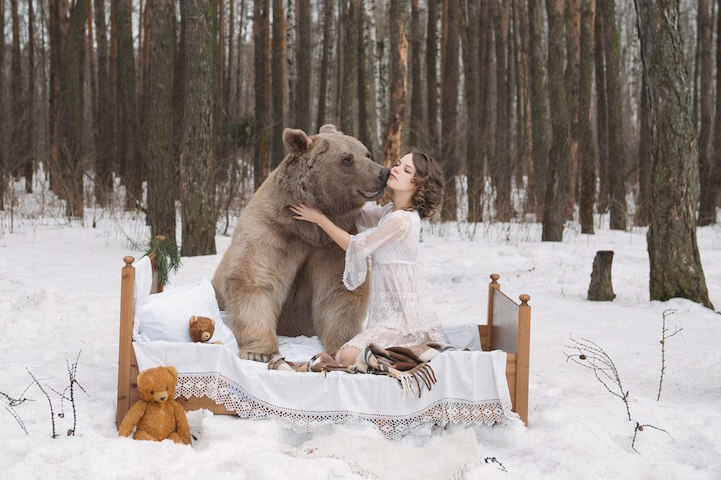 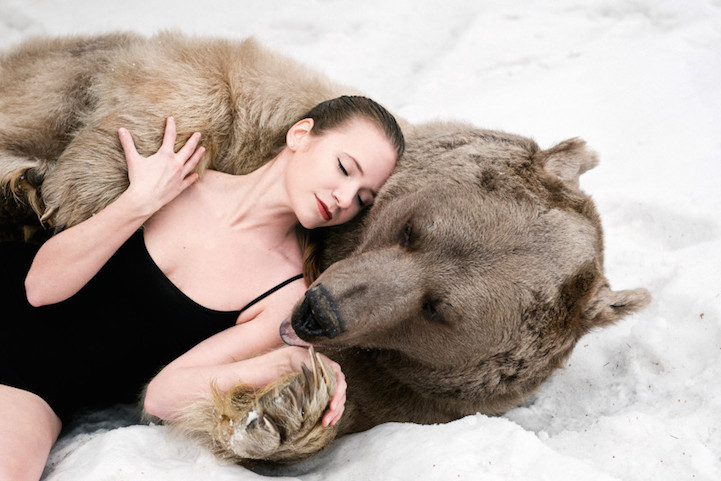 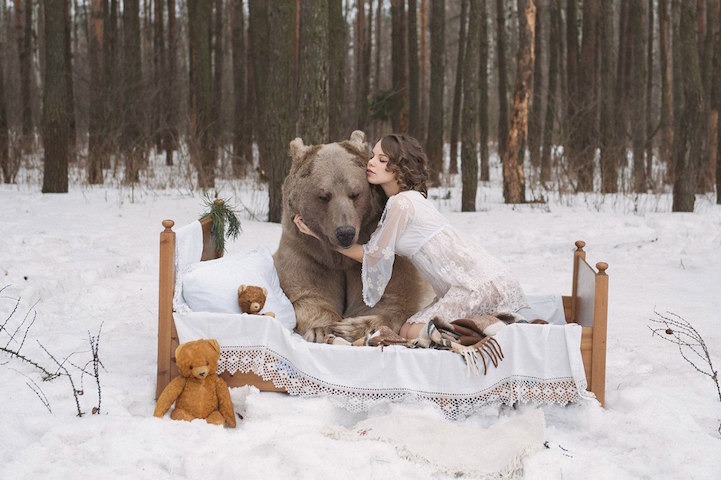 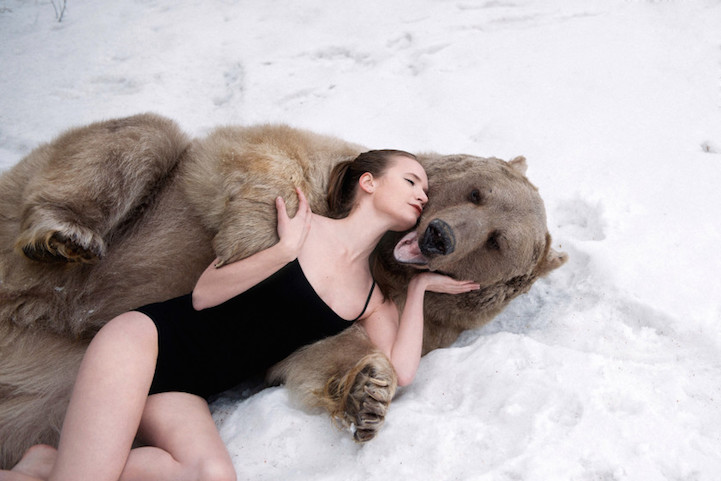 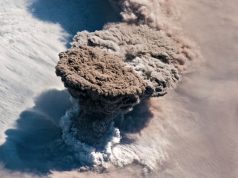 Unbelievable Images Taken From Space Show the Eruption of a Volcano In Russia. 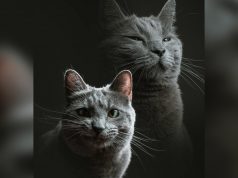 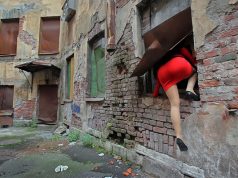 Nicholas II: A full wardrobe in a corrupting Russia

24 Street Art Pieces That Play With Their Surroundings Brilliantly