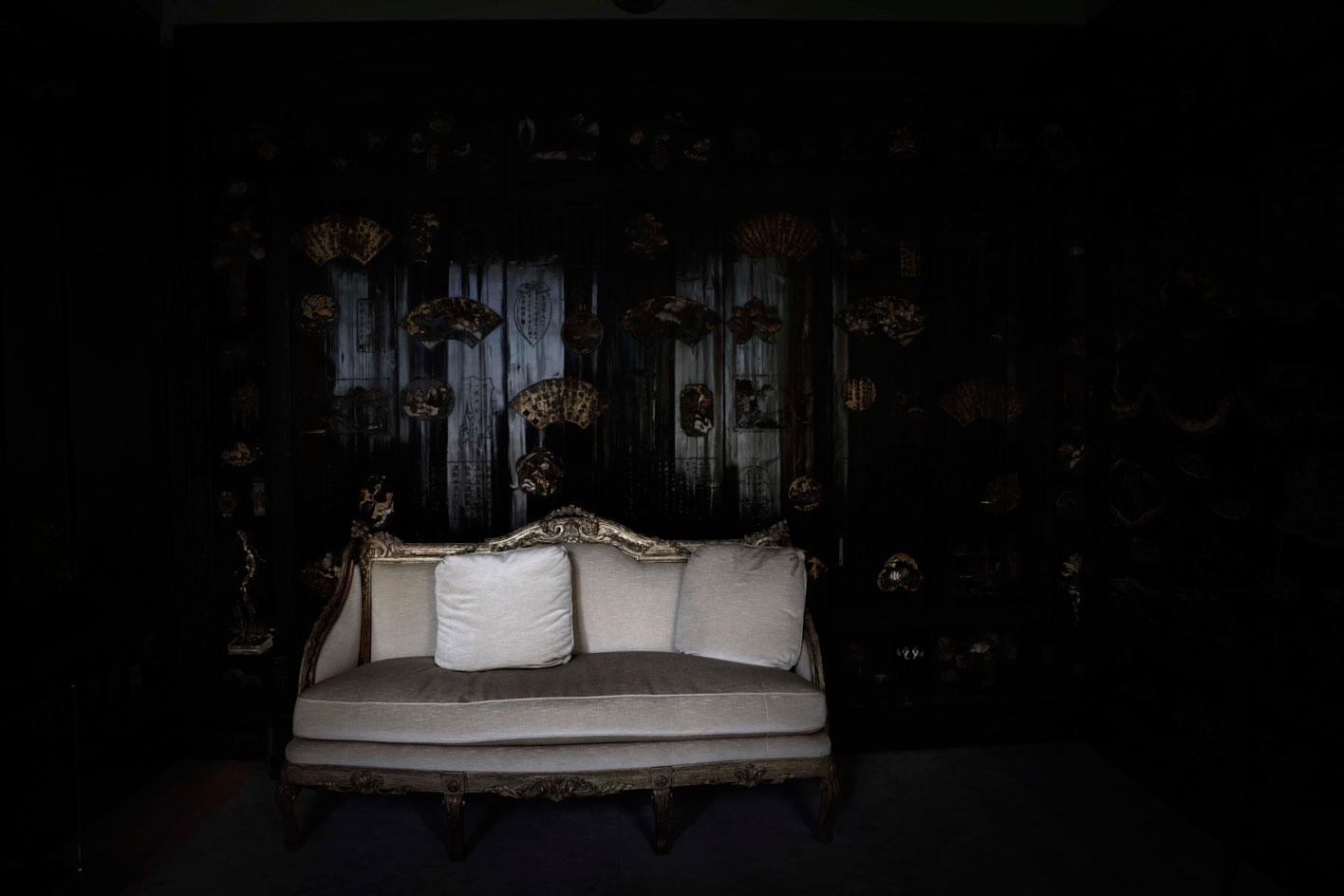 This private residence is the subject of a series of photographs by artist and filmmaker Sam Taylor-Johnson, for a new Chanel exhibition titled ‘Second Floor’. The 34 images capture the rich details of the style doyenne’s lavish, 4-room apartment at 31 Rue Cambon, and are on show at London’s Saatchi Gallery from Friday.

‘Shooting at Coco Chanel’s apartment was an unexpectedly absorbing experience,’ says Taylor-Johnson, who admits that she was quite daunted by the legacy at first. ‘The essence of Chanel is firmly rooted there in all of her possessions and I truly believe that her spirit and soul still inhabits the second floor.’

Transporting visitors deep inside Gabrielle Chanel’s world, the apartment, which has remained untouched since her death in 1971, is part time capsule, part shrine to the design legend’s ethos of modern living. ‘It felt like she had meticulously chosen every object,’ explains the Turner Prize nominee.

Located above the house’s Paris haute couture salon and buffered by the petite mains couture atelier on the building’s fourth floor, the second floor apartment is reached by that iconic spiral staircase. The faceted, mirrored masterpiece was in fact designed by Chanel to connect all levels of 31 Rue Cambon, while allowing her a vantage view of all floors from one spot – including her in-house salon presentations.

Taylor-Johnson’s pictures capture the essence of the hushed quarters, which are littered with gifts from Chanel’s close friends including a golden hand from Alberto Giacometti and a shaft of wheat painted by Salvatore Dali, along with all matter of symbology. The designer was famously superstitious, which accounts for the plethora of paired animals (see gilded Chinese horses and terracotta camels), talisman lions (her star sign was also Leo) and the crystal balls that still decorate her coffee table. Chanel’s own emblems were similarly hidden in plain sight – the rock crystal camellia chandeliers still twinkling with No. 5 and CC logos. As Chanel once said, ‘an interior is a natural projection of the soul’.

As much a minimalist as a collector of antiques, Chanel favoured Coromandel lacquered screens over wallpaper, which she used to cover doorways in the hopes that her guests may entirely forget to leave. Her beige upholstered sofa (quilted as per her signature bags) caused controversy at the time for both material and colour, particularly when juxtaposed with gilt, 17th century Place Vendôme-shaped mirrors.

Is there any wonder that current creative director Karl Lagerfeld often stops by for an inspiration injection (and perhaps to peruse Chanel’s leather-bound editions of Byron and Voltaire), or that the brand’s global flagships are largely modeled after it?

Not to say that the living arrangement was entirely practical. Like any modern women of considerable wealth would, if they could, Mademoiselle Chanel kept her kitchen and bedchamber across the road at the Paris Ritz. She instead used Rue Cambon as her office and entertainment

space, entering her hotel suite through the Ritz’s rear door each night, and re-entering the apartment through a cloud of Chanel No. 5, which she requested be sprayed about the stairway each morning to greet her.

‘The apartment is a lifelong curation of a life through objects,’ sums up Taylor-Johnson, who has poignantly captured the women through her interior.

Awesome Mirror Selfies Taken by People Much Cooler Than You in The 19th and...