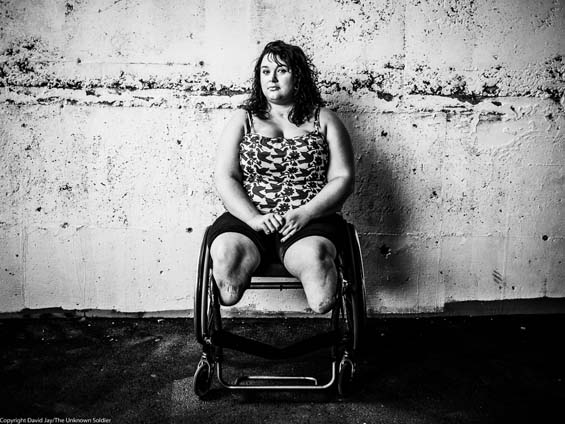 The series features men and women photographed at the Walter Reed National Military Medical Center and the Brooke Army Medical Center, all soldiers who have been shot, severly burned and amputated during war in Iraq and Afghanistan. Through Jay’s lens each individual soldier’s story unravels and the destructive impact of war on life rawly unfolds.

The photographer explains: “[U]ltimately, The Unknown Soldier is not about war. It is about many things: humanity, acceptance, responsibility. An understanding that [what] we do matters. What we say, what we think, matters . . . and [it] has repercussions that quite literally change the course of history. I hope the images transcend the narrow and simplistic confines of ‘war’ and encourage us to examine the way we engage each other — both friend and stranger — at its most basic, day to day level, as it is these subtle, seemingly innocuous interactions that will ultimately lead us either to peace . . . or the continuum and carnage of war.”

This powerful series makes us not only think of the injured soldiers but also the thousands of innocent men, women and children who were injured or executed during these wars. 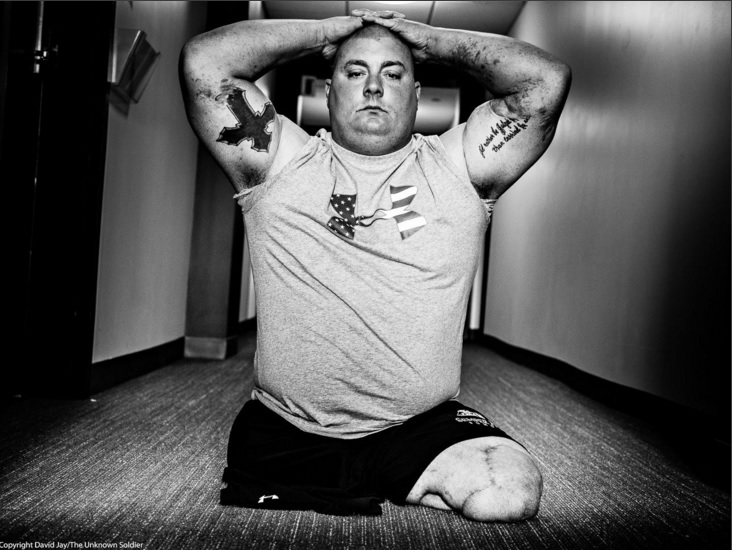 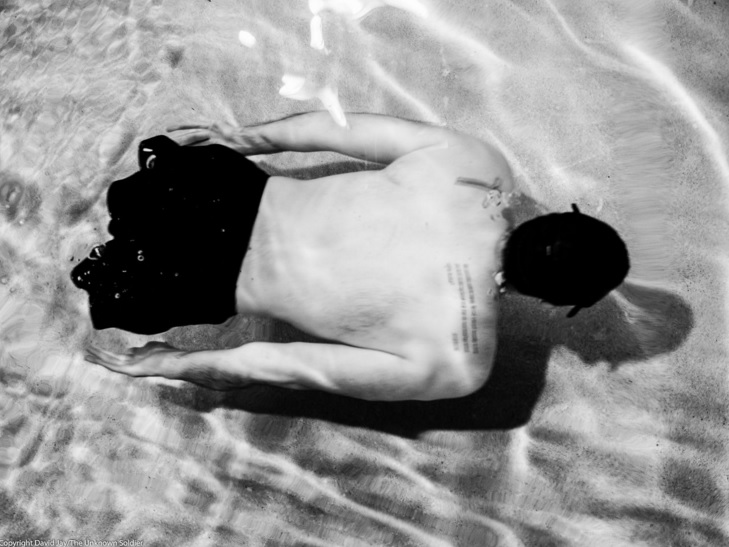 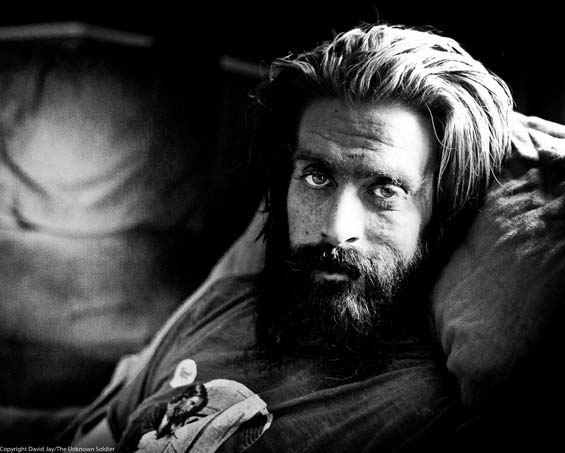 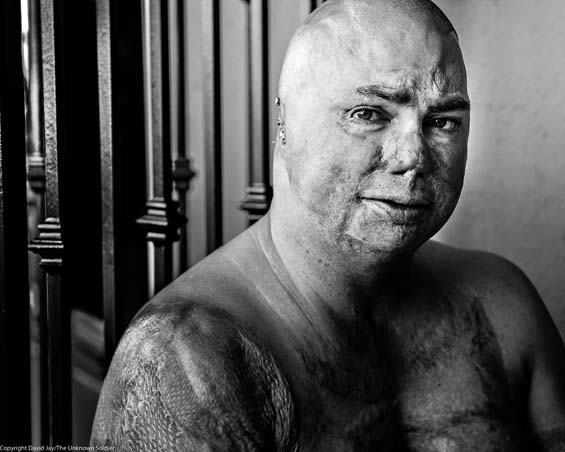 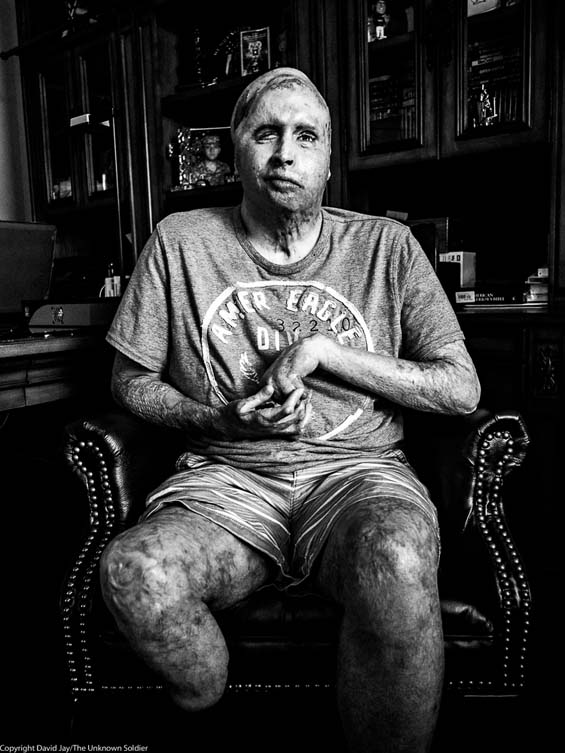 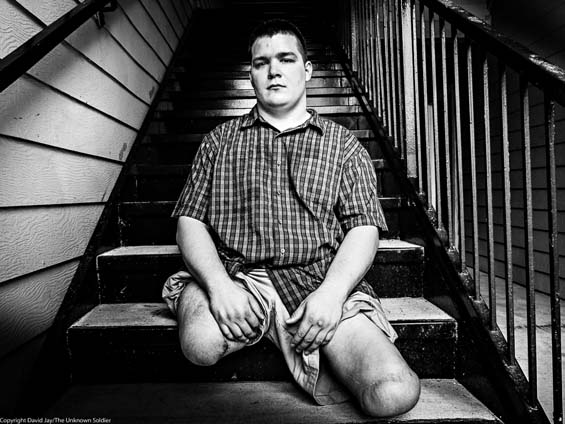 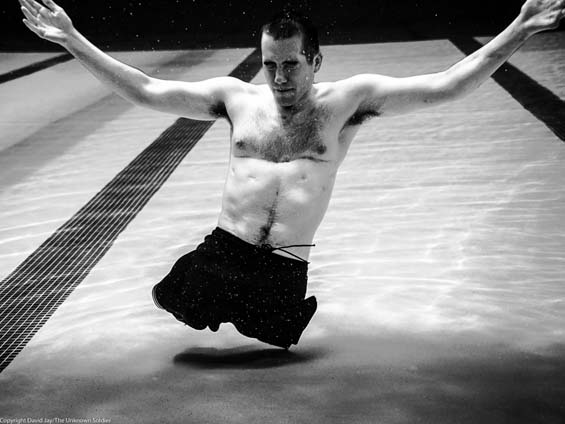 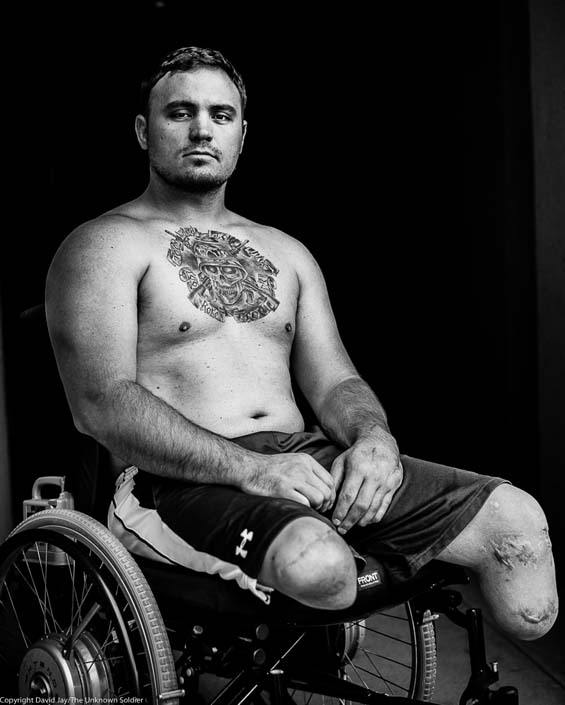 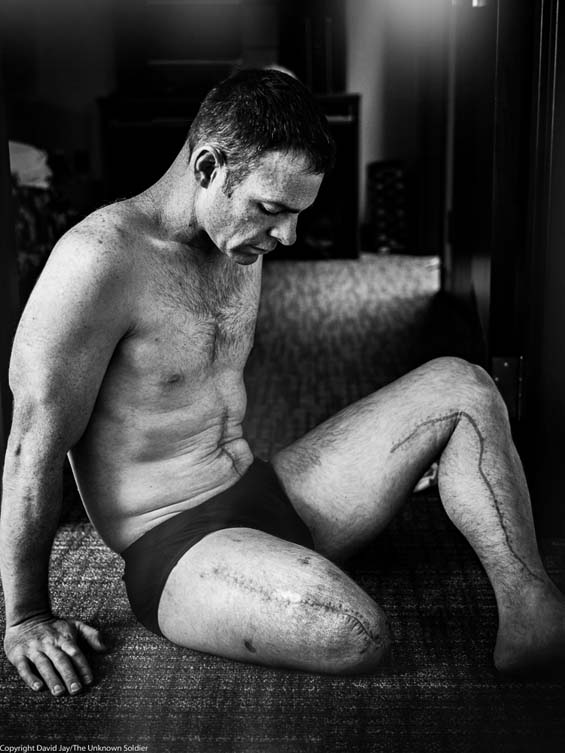 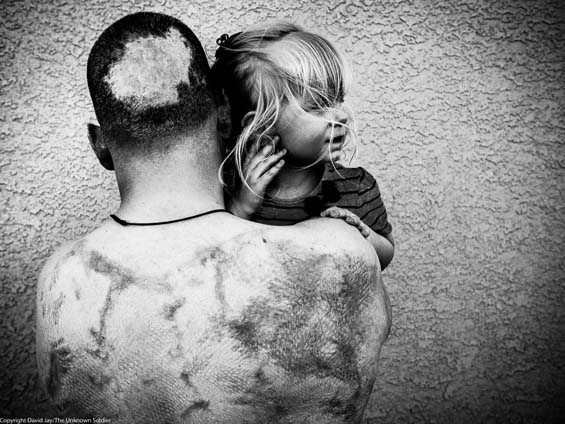 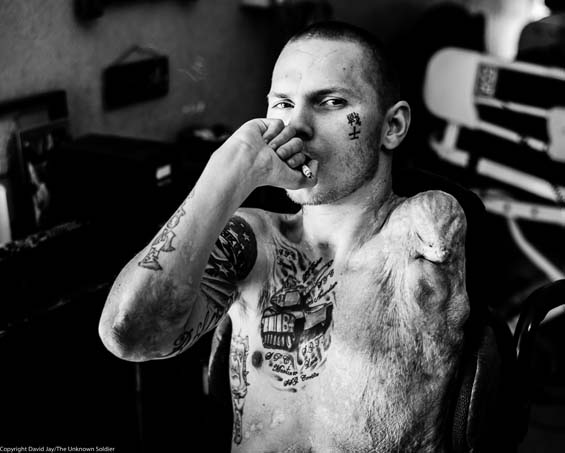 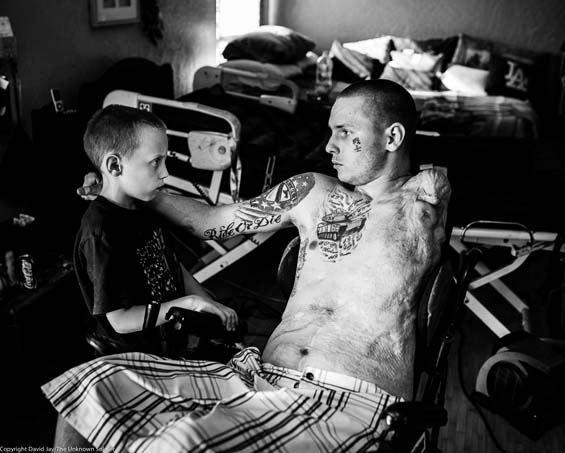