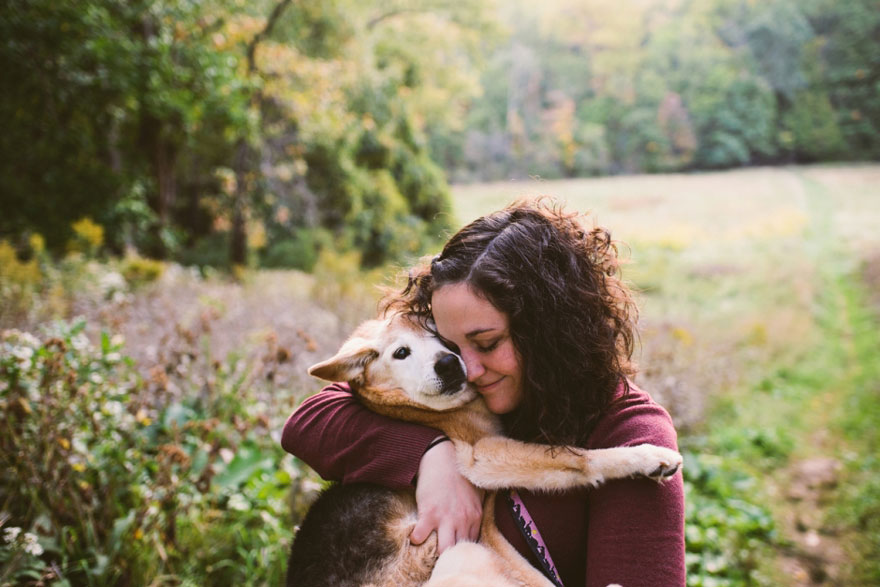 Photographer Maria Sharp has had one constant over the past sixteen years, and that constant was a German Shepherd, Collie, Hound Dog mix named Chubby.

And when Chubby’s health began declining rapidly, Sharp said goodbye the only way she knew how: by digging up old pictures, and taking a few new ones before Chubby passed away.

The bond between the 23-year-old wedding photographer and her best pal began when Sharp was 7, and ever since then they’ve been inseparable.

“Being the impatient seven year old that I was I would wake her up from her puppy naps so we could play,” she writes on her blog. “I just wanted someone to enjoy life with.”

And that’s exactly what she found with Chubby, someone to enjoy life with for the past 16 years: 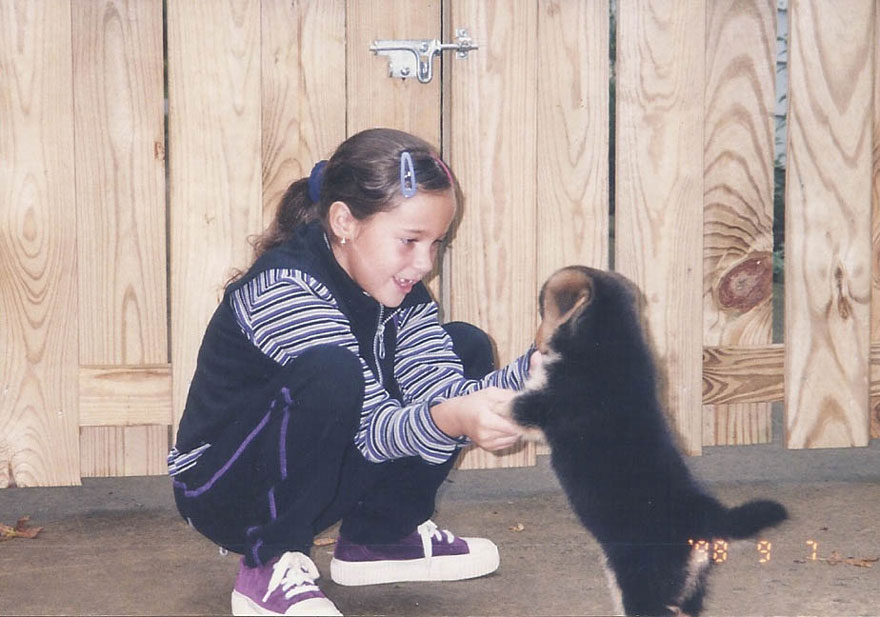 But lately, Chubby’s health began to decline… at first slowly, and then rapidly. Finally, it got so bad they knew they would have to let her go soon.
Chubby had been with Sharp when she decided to become a photographer, and so often played model (willingly and otherwise) to Sharp’s lens. It seemed fitting that saying goodbye involve immortalizing her time with Chubby in photos.
And so, after digging up tens of photos of the two of them over the years — from the first day they got her, to Chubby’s final days — she scheduled a portrait shoot with fellow photographer and dog lover Suzanne Price.
Below you’ll find both sets… a touching photographic tribute to a woman’s best friend that’s no less touching because that friend had four legs.
Photos of Maria and Chubby over the years, from her time as a puppy to her final days: 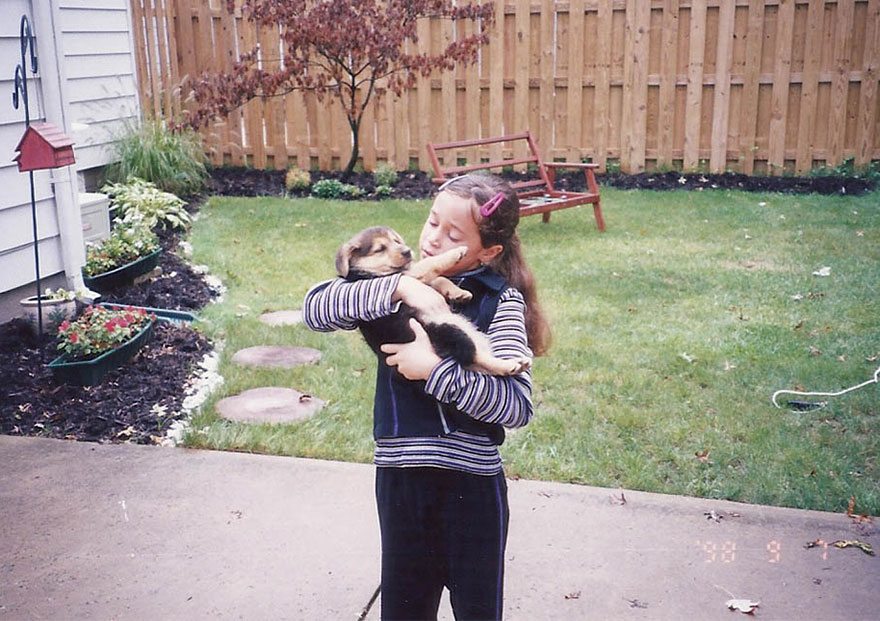 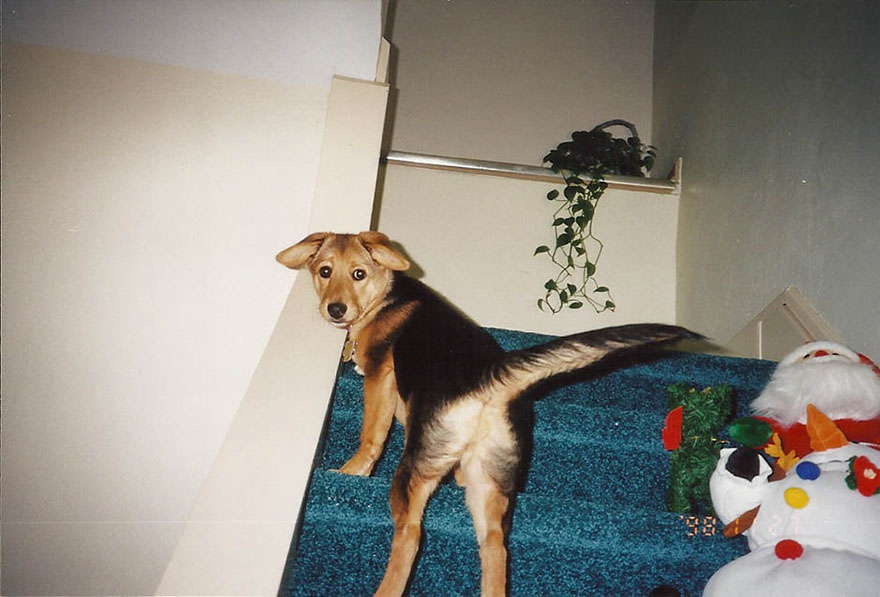 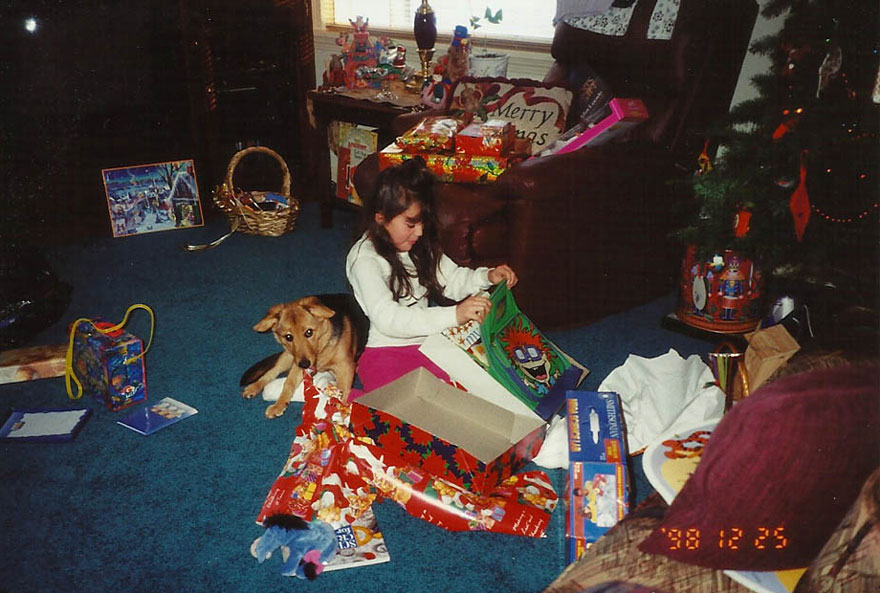 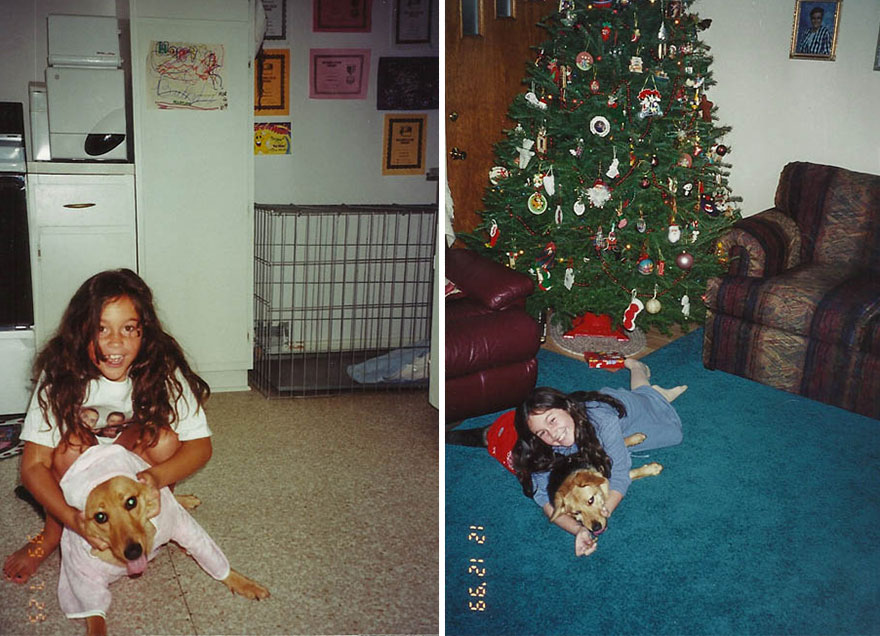 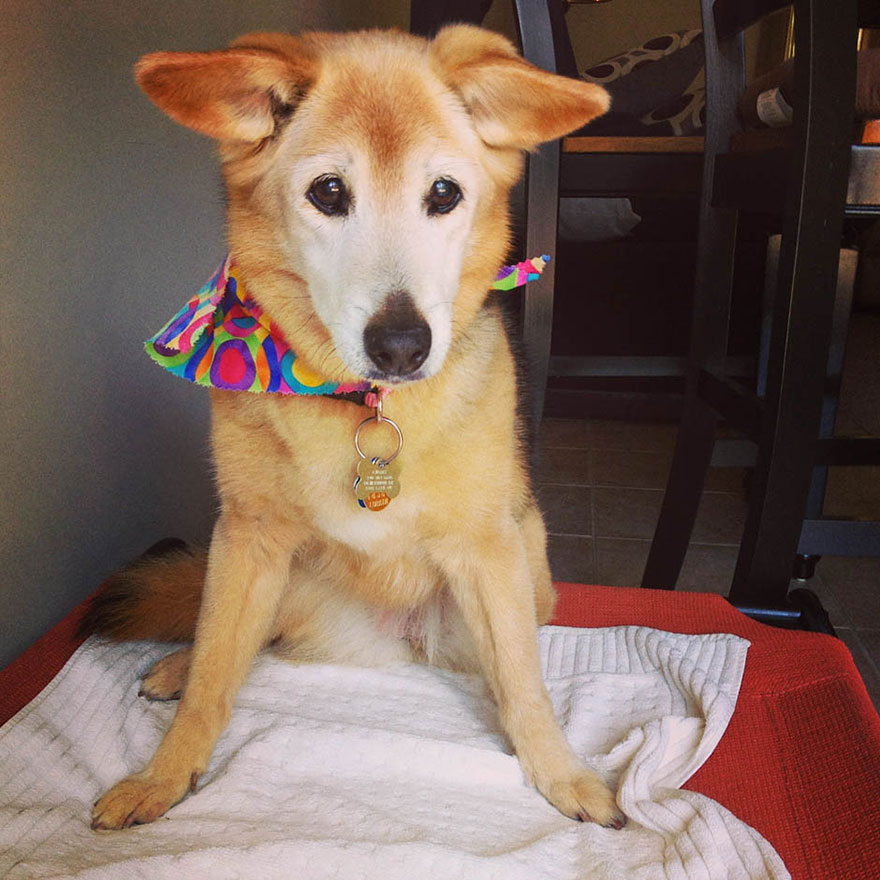 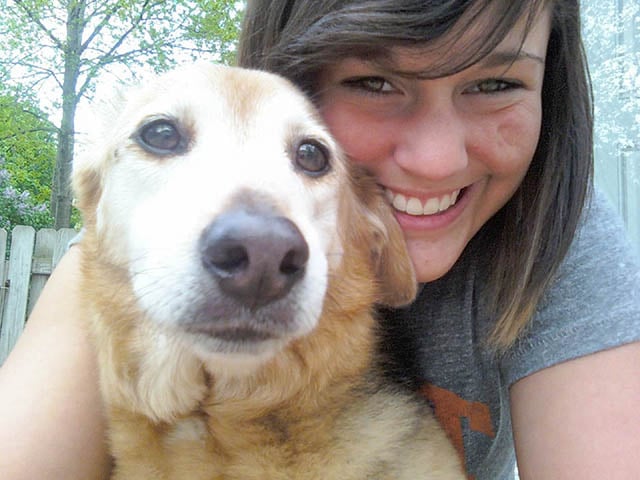 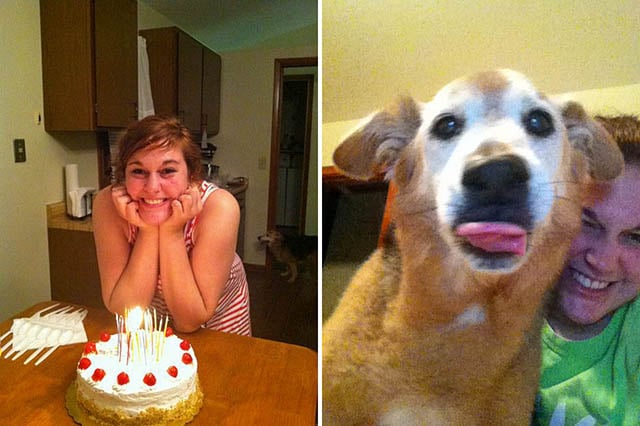 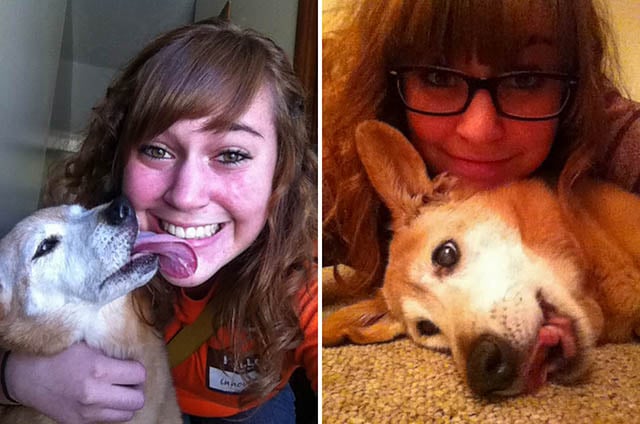 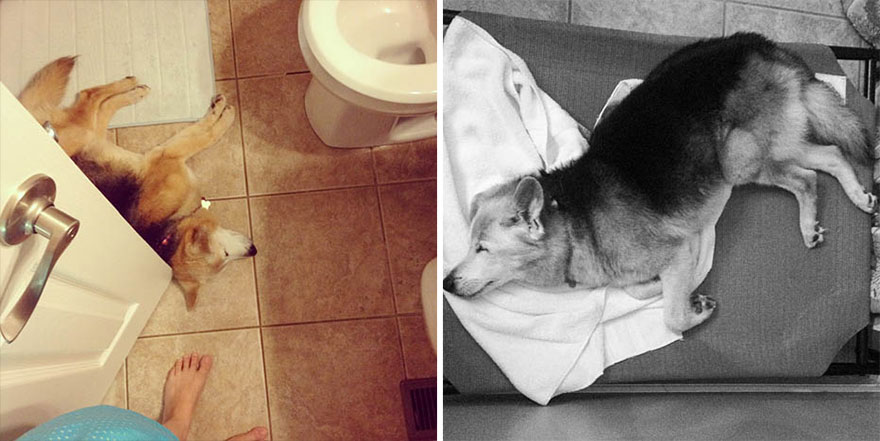 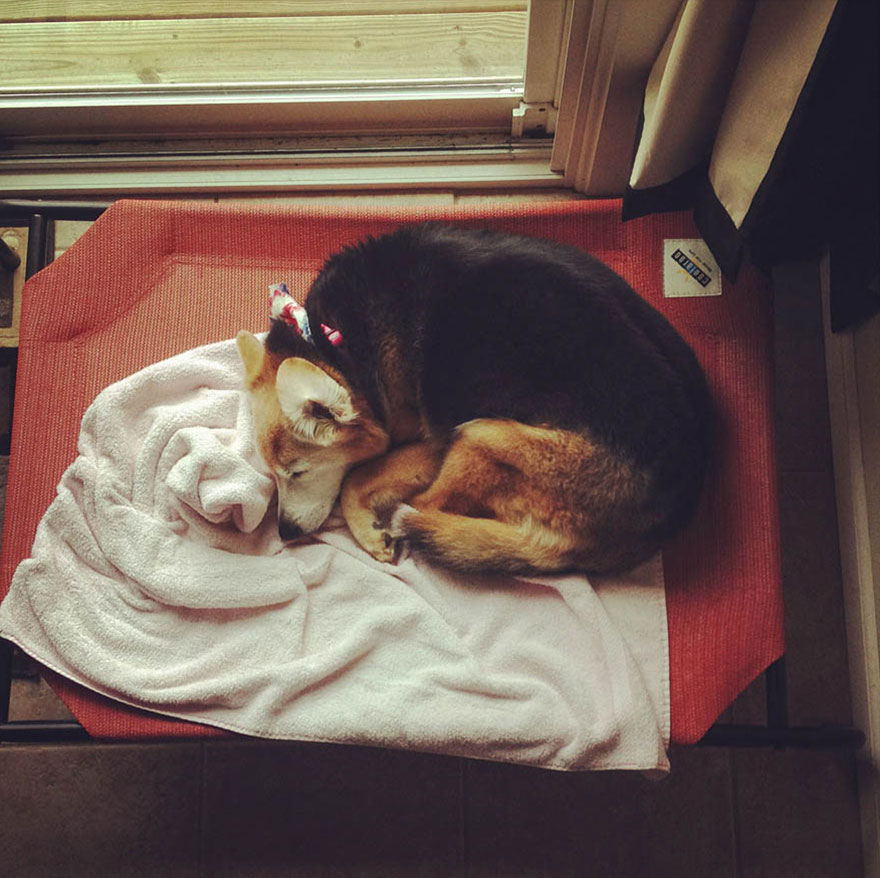 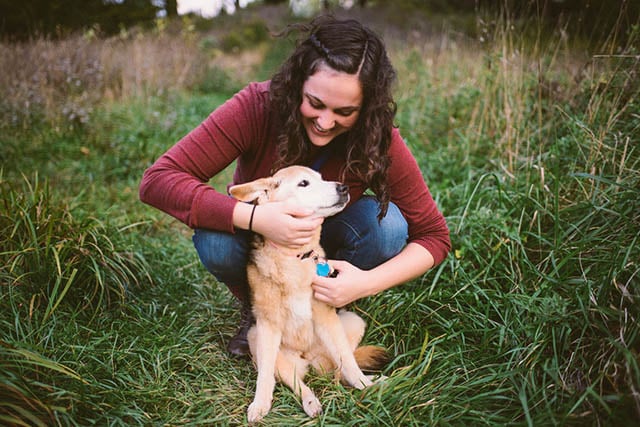 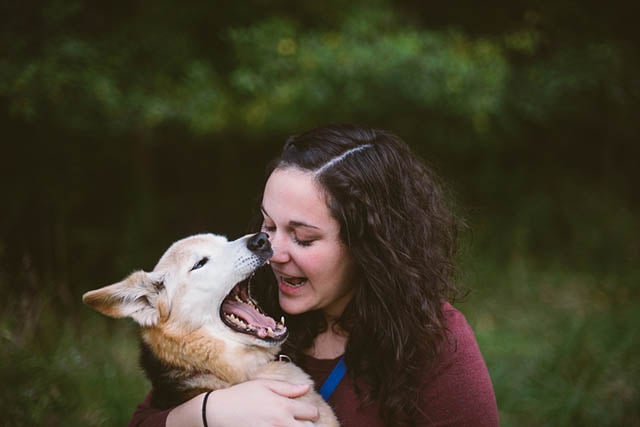 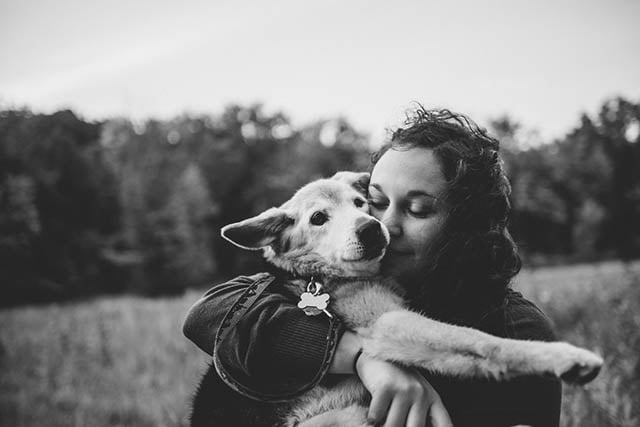 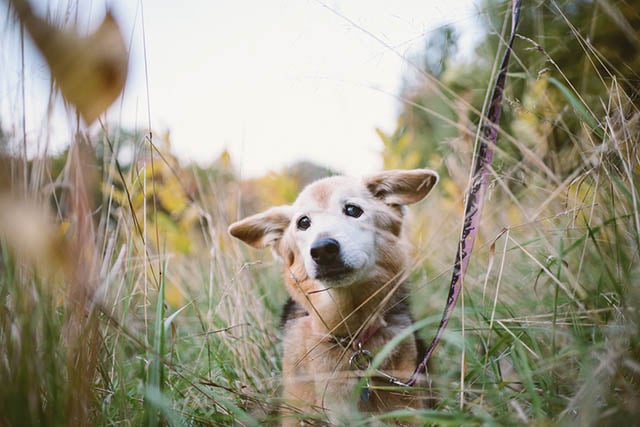 Chubby passed away shortly after these photos were taken, but as sad as that is, Sharp is immensely glad she got to take these pictures and capture her bond with her dog one final time.
“I know how important it is to preserve memories and time with loved ones,” she recently told Mashable, “and this shouldn’t just apply to humans.”

15 Unusual Animal Friendships That Will Melt Your Heart

Dr Zhivago’s Omar Sharif Dies At The Age Of 83