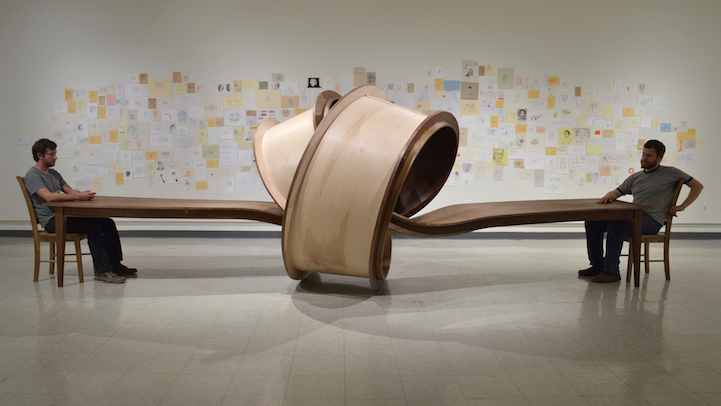 Michael Beitz created a table no kid would ever want to be excused from!

Not Now is a 28-foot-long playful table, entirely made out of wood. Its gigantic knot in the middle is also made out of wood, even though the artist shaped and curved the wood in a way that makes it look like a pliable piece of plastic.

While sitting at the two ends of the table, it’s obvious that communicating with the person sitting on the other side is as tricky as the twist in the middle, making the stunning handiwork the center of your attention.

I believe that apart from the tie in the middle that works as a metaphor, the title of the work also implies the miscommunication or disinterest in talking. Either way, the idea of Not Now is being showcased through a beautiful and perky way, that could also work as something that makes people come closer instead of drift apart. 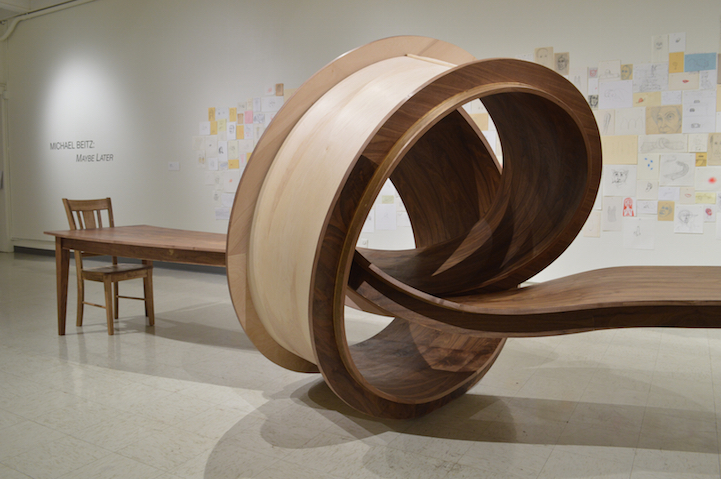 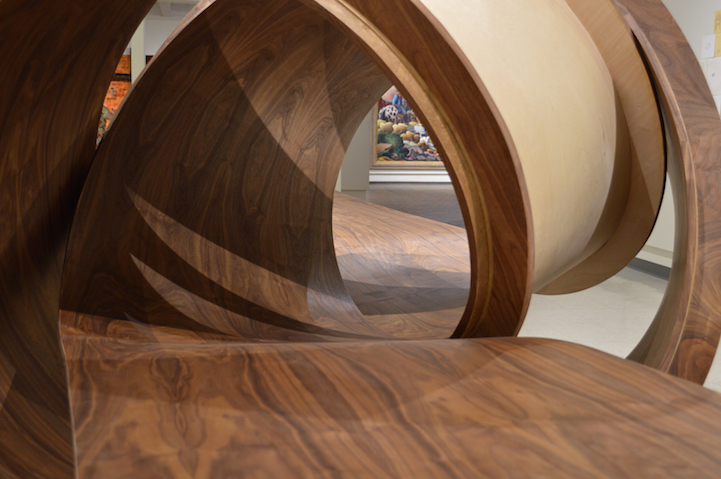 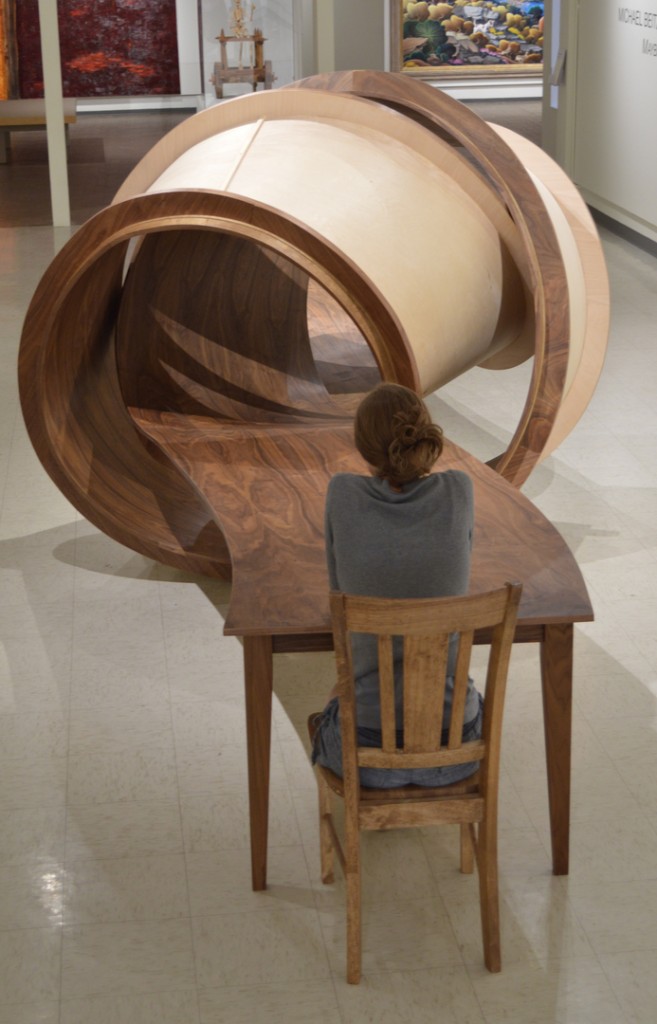 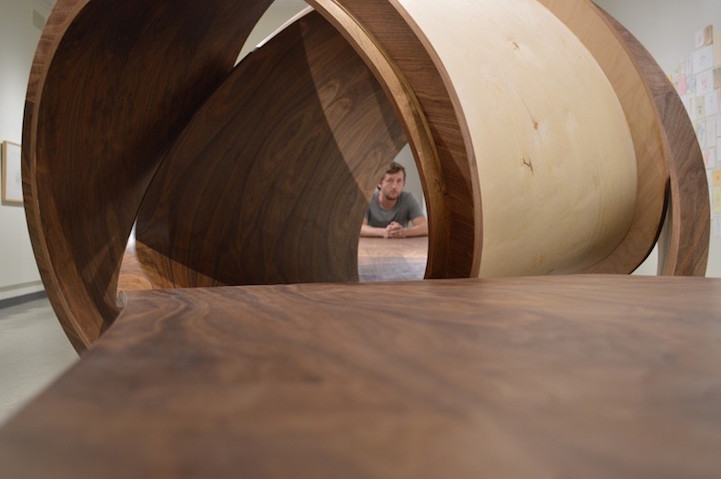 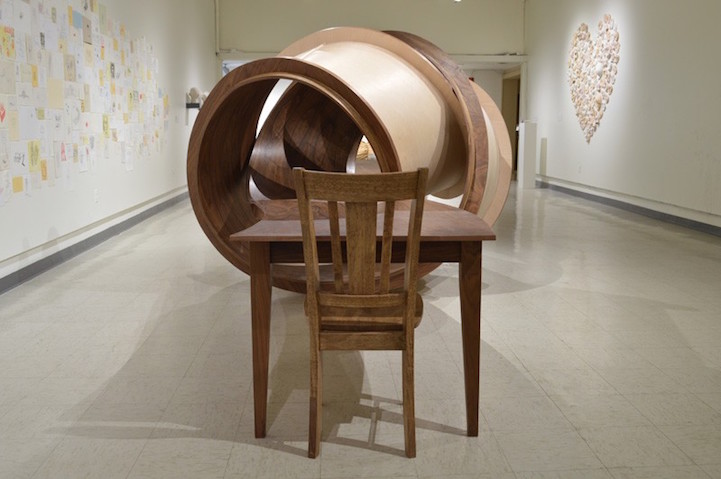 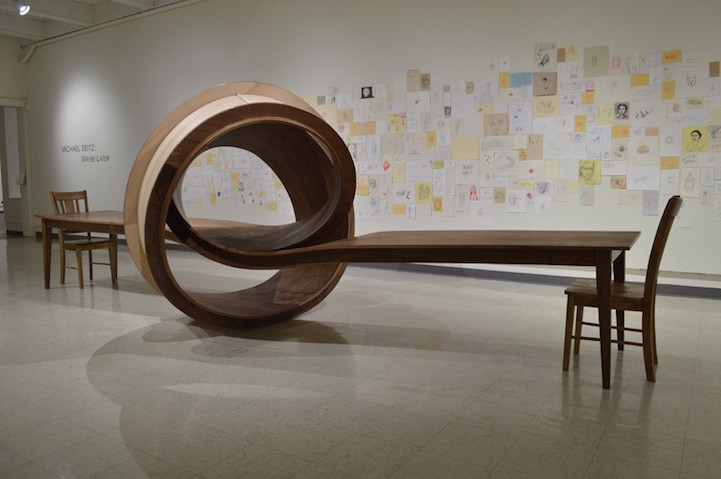