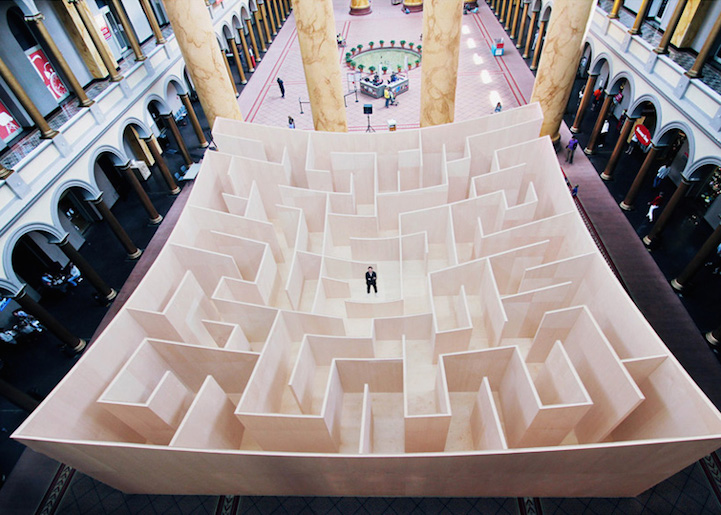 A few months ago, visitors to the National Building Museum in Washington DC literally got lost. The Danish architecture firm BIG, with Bjarke Ingels as its head architect, set up a huge curved maze made of wood right in the middle of the Museum’s Great Hall. It was suitably called BIG Maze and covered an area of 18 square meters. 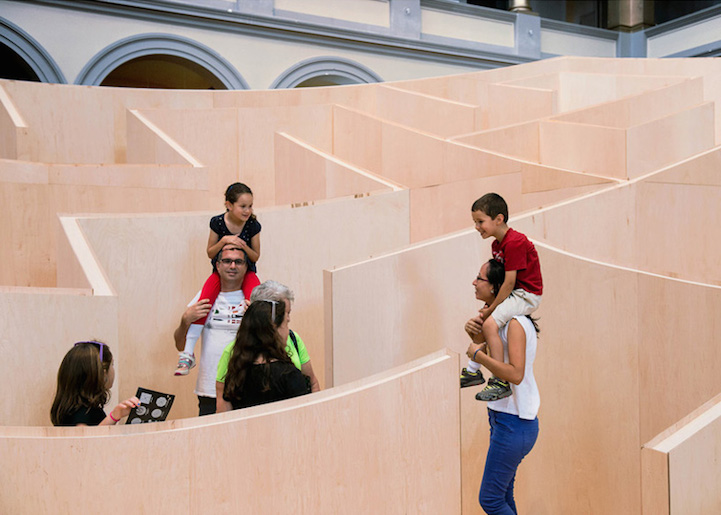 The team of BIG was inspired by several types of mazes throughout history, like ancient Greek labyrinths, European hedge mazes and even the American corn maze. Although, the BIG Maze was not a typical challenge. In contrast to most maze paths that become more complicated as one reaches their centre, BIG’s installation delivers penetrability and a visual comprehension of the labyrinth. This indoor enigma had a five-and-a-half-meter circumference that sunk evenly as you reached its heart and from there you could see the way out. 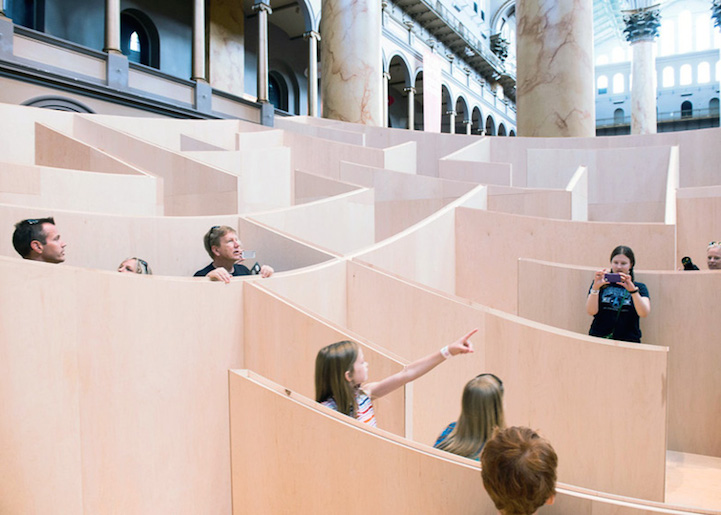 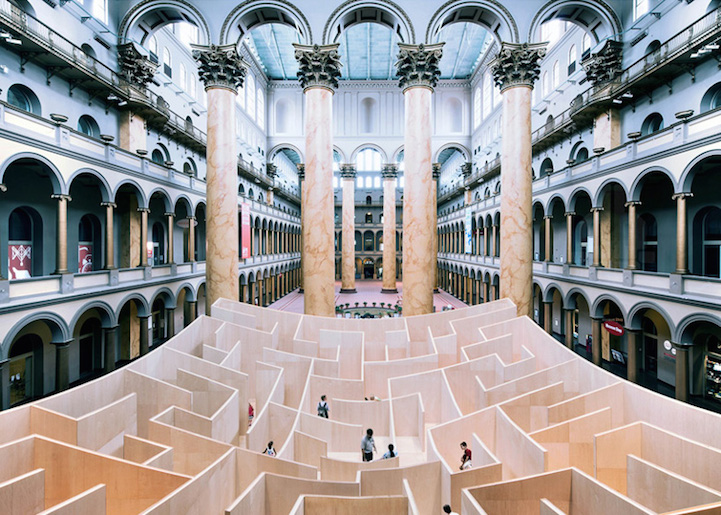