Since it began, the war in Syria has forced thousands of people to leave their homes in order to save their lives. Every day that passes is a day men, women and children are stacked in tiny, ramshackle dinghies in order to cross the lethal Mediterranean sea and find a way to enter a Europe that treats them as a hostile invasion force: as desperate and exhausted refugees are trapped behind barbed wire, thrown into camps, left on the streets with no food, beaten by the police, dying at sea or suffocating in trucks, humanity faces one of its biggest defeats. As the number of drowned parents and children found on the coasts of greek islands gets bigger every day, our fight and hope is for people over borders, for life over death.

Humans Of New York recently travelled to Greece and talked with several refugees that shared their heartbreaking stories. Here’s 4 of them: 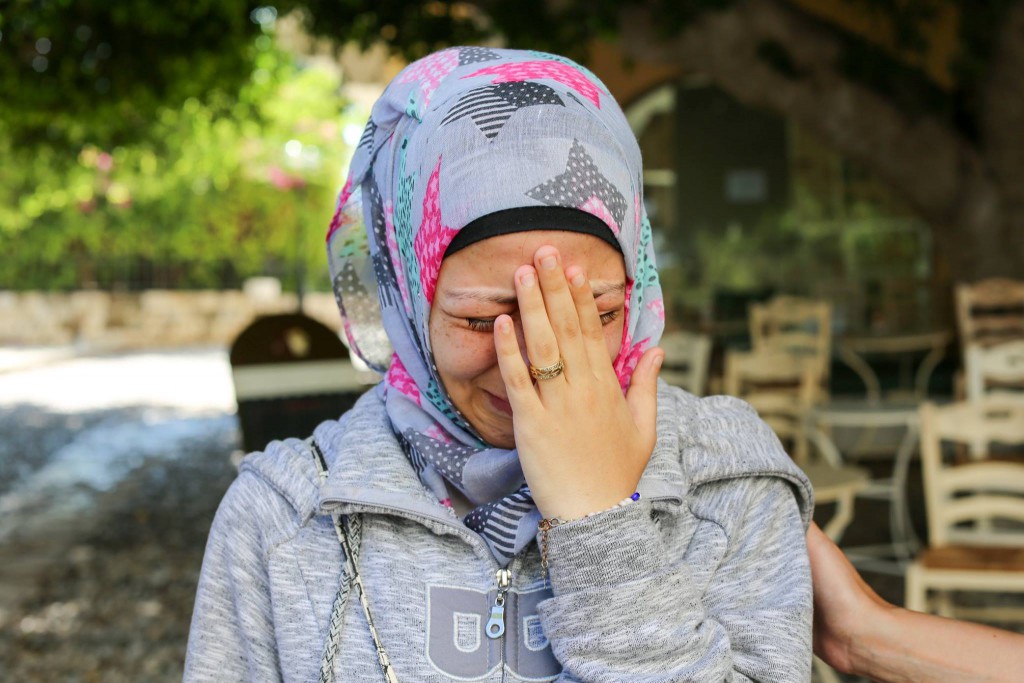 “My husband and I sold everything we had to afford the journey. We worked 15 hours a day in Turkey until we had enough money to leave. The smuggler put 152 of us on a boat. Once we saw the boat, many of us wanted to go back, but he told us that anyone who turned back would not get a refund. We had no choice. Both the lower compartment and the deck were filled with people. Waves began to come into the boat so the captain told everyone to throw their baggage into the sea. In the ocean we hit a rock, but the captain told us not to worry. Water began to come into the boat, but again he told us not to worry. We were in the lower compartment and it began to fill with water. It was too tight to move. Everyone began to scream. We were the last ones to get out alive. My husband pulled me out of the window. In the ocean, he took off his life jacket and gave it to a woman. We swam for as long as possible. After several hours he told me he that he was too tired to swim and that he was going to float on his back and rest. It was so dark we could not see. The waves were high. I could hear him calling me but he got further and further away. Eventually a boat found me. They never found my husband.” (Kos, Greece) 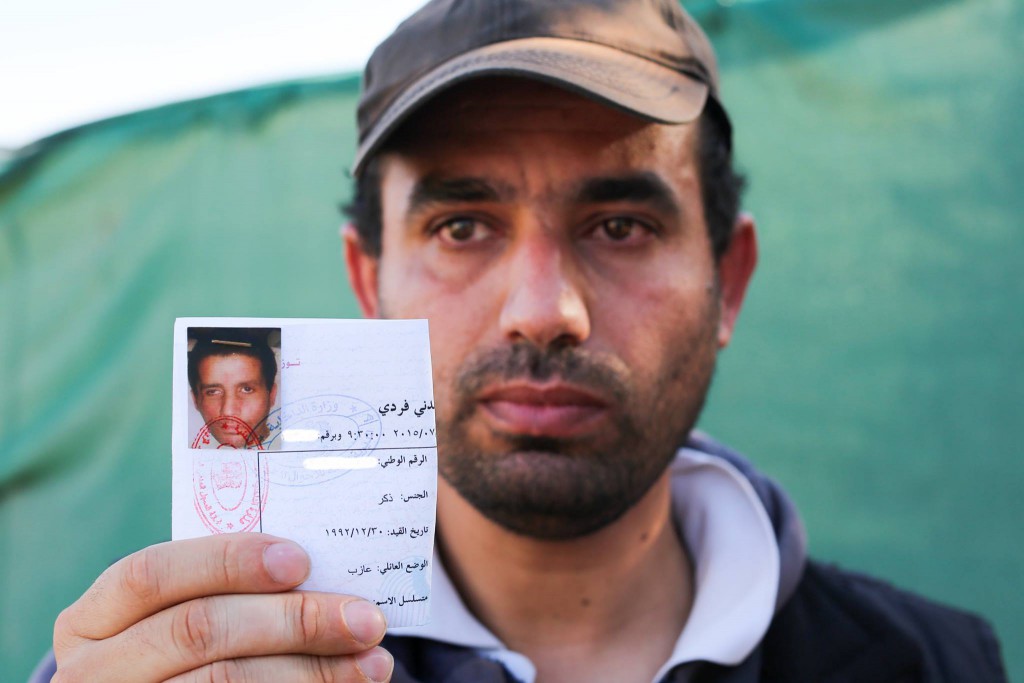 “A friend called me at work and told me that a sniper had shot my youngest brother. I rushed to the clinic and he was lying there with a bandage on his head. I unwrapped the bandage to help treat the wound with alcohol, and small pieces of brain were stuck to it. The doctor told me: ‘Unless you get him to Damascus, he will die.’ I panicked. The road to Damascus went straight through Raqqa and was very dangerous. It took ten hours, because we could only take back roads and we had to drive very far out of the way. My brother was in the back seat, and after a very short time he started to vomit bile. Water was pouring from his eyes. I didn’t know what to do. I was so scared. I thought for sure he was dying. But somehow I got him to the hospital. He’s paralyzed now and his speech is slow. His memory is OK. He can remember old things. He needs an operation in his eye. We used to do everything together, and now he can’t do anything. He can only move his hand. I’m trying to get him to Germany because I hear that maybe the doctors there can help him.” (Lesvos, Greece) 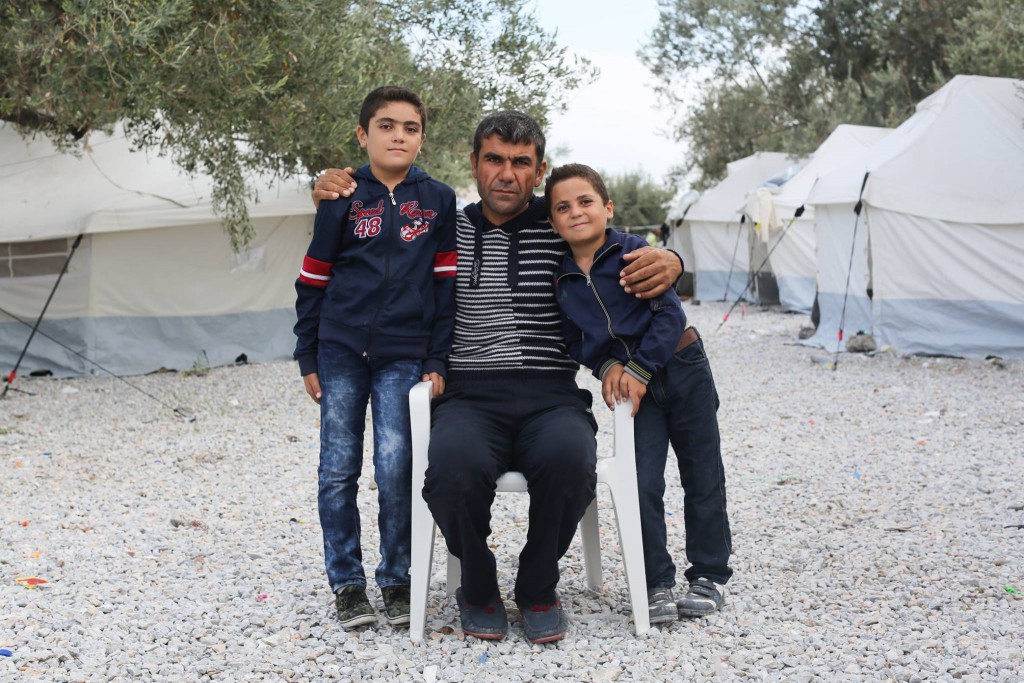 “I saw the army burn my neighbor’s house. They set it on fire and took photographs while it burned. The next day I saw the same house on TV, except the headline claimed that it had been destroyed by ‘terrorists.’ The army began to arrest 300 people every day. They were arresting everyone. They came for me during Ramadan. I was eating with my entire family when suddenly we heard the sound of a car outside. Soldiers kicked down the door and they tied my hands behind my back. My children were screaming. The soldiers said: ‘We know you are working with the opposition! You are a terrorist!’ I told them: ‘Please. We are poor people. We have done nothing. We are trying to live.’ I never thought I’d see my family again. They brought me to the prison and blindfolded me. They made me kneel on the floor. They asked me questions about the opposition, but I knew nothing. When they asked me a question, I only had two seconds to answer before I was kicked. They beat me for hours while they questioned me. I begged them to stop. I kept promising that I would tell them if I heard anything. Then they attached cables to my body. They would run electricity through me for 25 seconds, then they would stop, and they would ask another question. When I said: ‘I don’t know,’ the electricity would start again. They kept me for three days. When they finally let me go, I couldn’t stand. I went home and hugged my family but I had to go straight to work. Because there was no food in the house and no one had eaten for days.” (Lesvos, Greece) 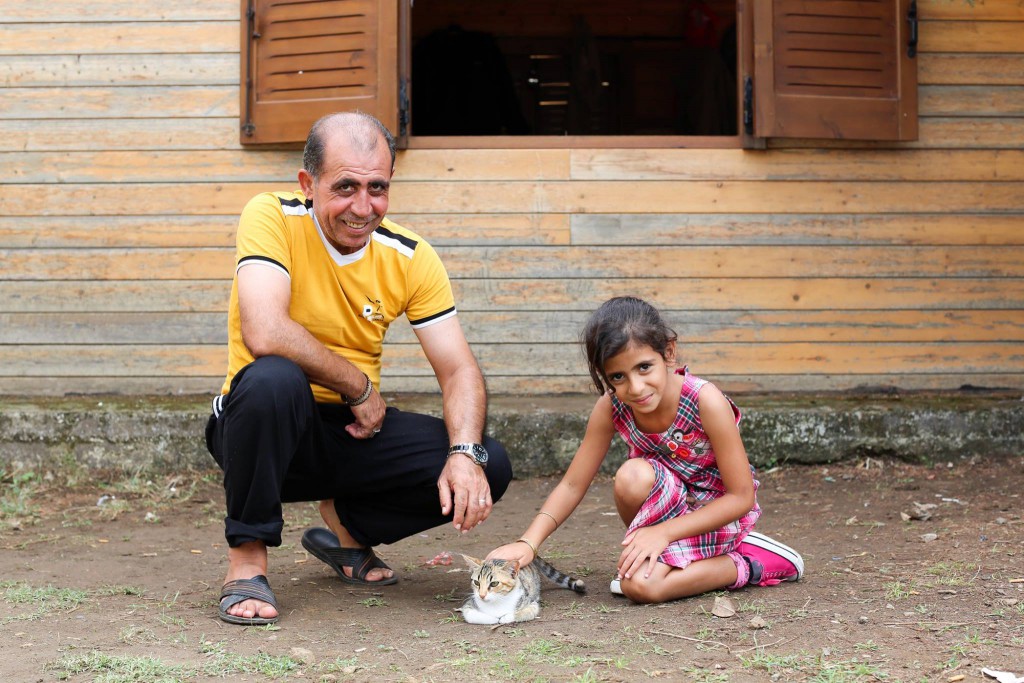 “I wish I could have done more for her. Her life has been nothing but struggle. She hasn’t known many happy moments. She never had a chance to taste childhood. When we were getting on the plastic boat, I heard her say something that broke my heart. She saw her mother being crushed by the crowd, and she screamed: ‘Please don’t kill my mother! Kill me instead!'” (Lesvos, Greece)

…
As every day more and more refugees are left helpless by European governments, especially in Greece, there are many people doing everything they can to help them, from solidarity organizations to individual citizens. Here’s one of them: 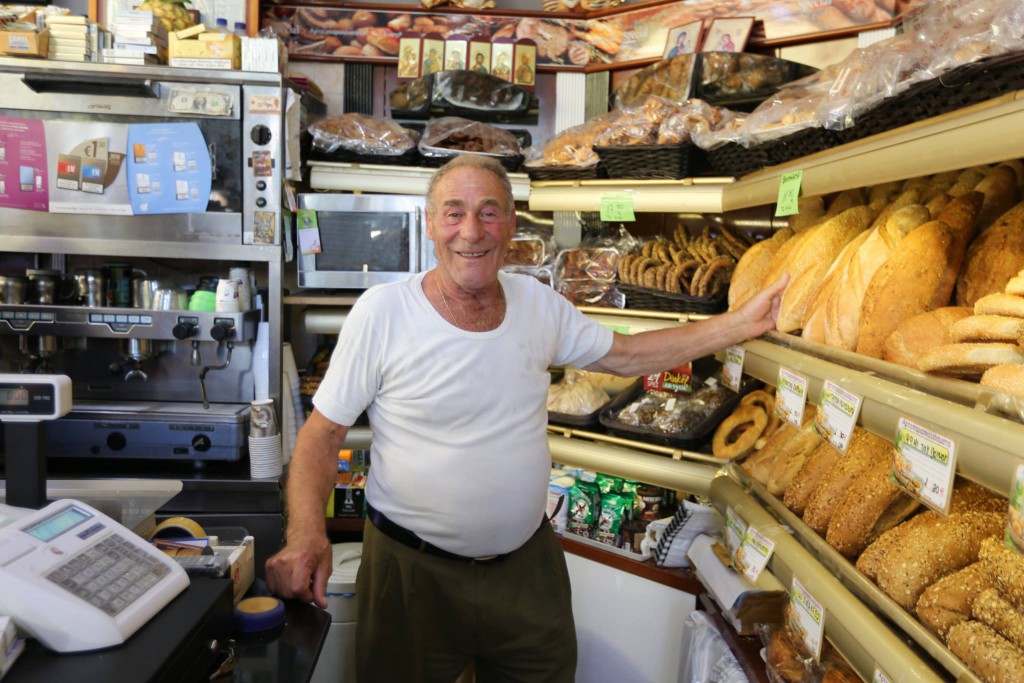 “My father was a farmer and we had eight siblings. I went to Australia when I was fifteen because my family didn’t have enough to eat. I was on a boat for forty days. When I got there, I couldn’t find a job, I couldn’t speak English, and I had to sleep on the street. I know what it’s like. So everyday I drive the van to the port and hand out bread to the refugees. My son is my business partner. He says, ‘Baba, please. It’s fine to help. But not every day.’ But I still go every day because I know what it feels like to have nothing.” (Kos, Greece)