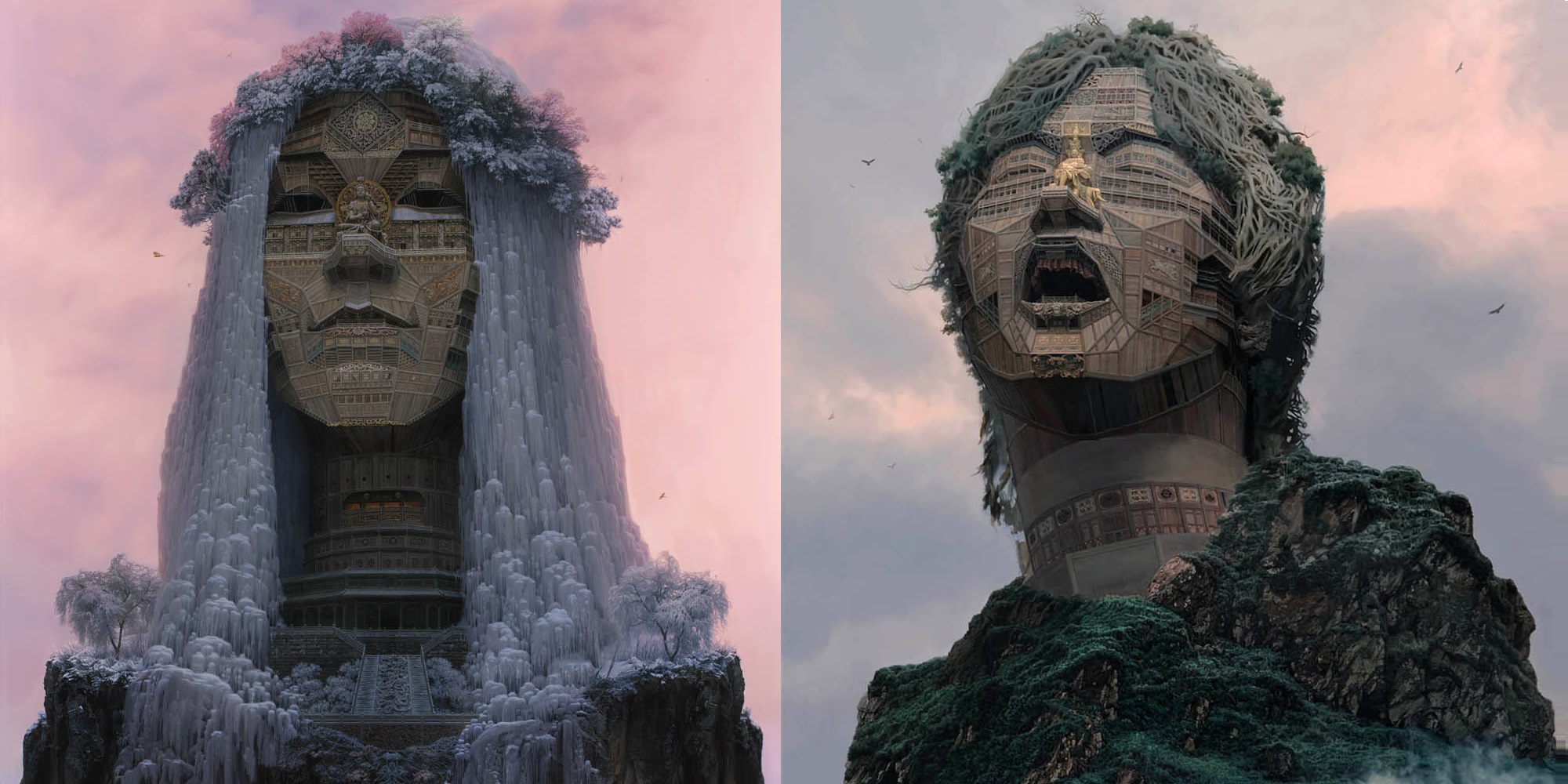 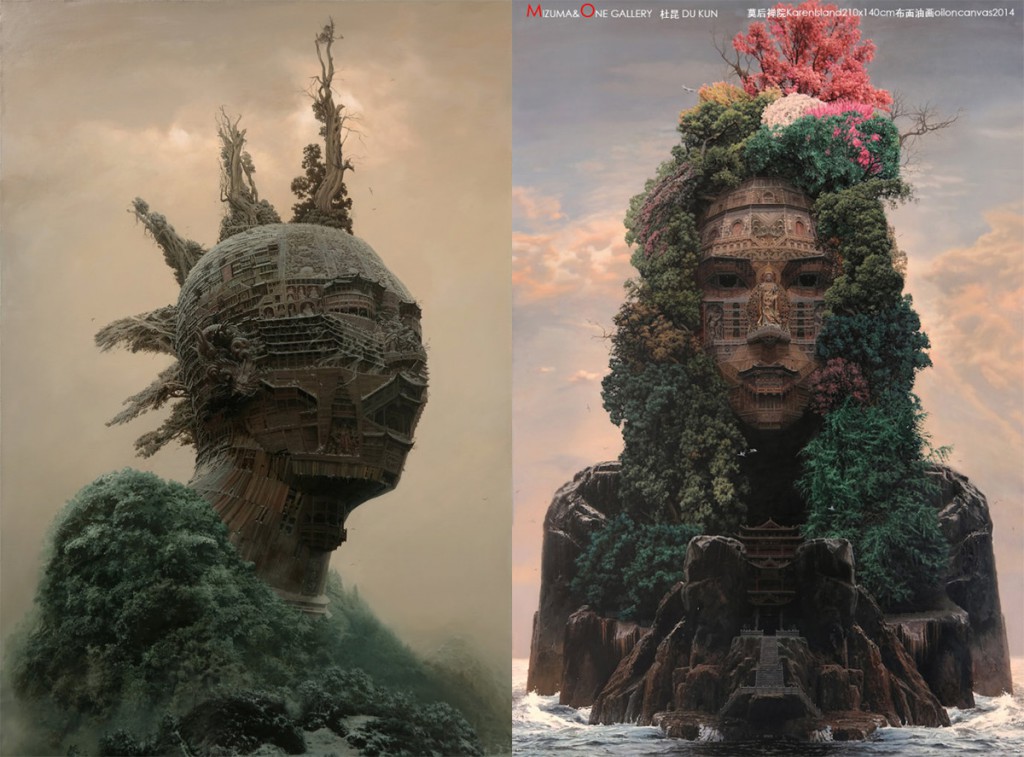 You know what’s better than art or music? Art and music!

Being an artist and a musician, DU Kun knows that better than anybody and has created a series of temple-like portraits of famous Chinese recording artists to prove it. Titled Revels of the Rock Gods, the series centers around the Beijing-based artist’s inspirations, fame and an admired person’s aura.

These led him depicting his subjects as if they were temples, referring to the devotion and respect religious people have for their gods. Inspired by Buddhist and Confucian architecture, the temples are painted to resemble to the facial features of the artist’s subjects. (via colossal) 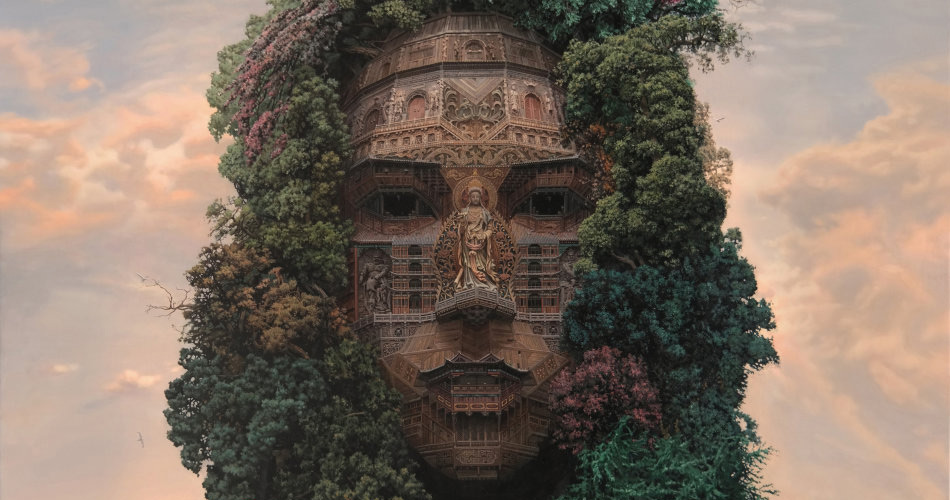 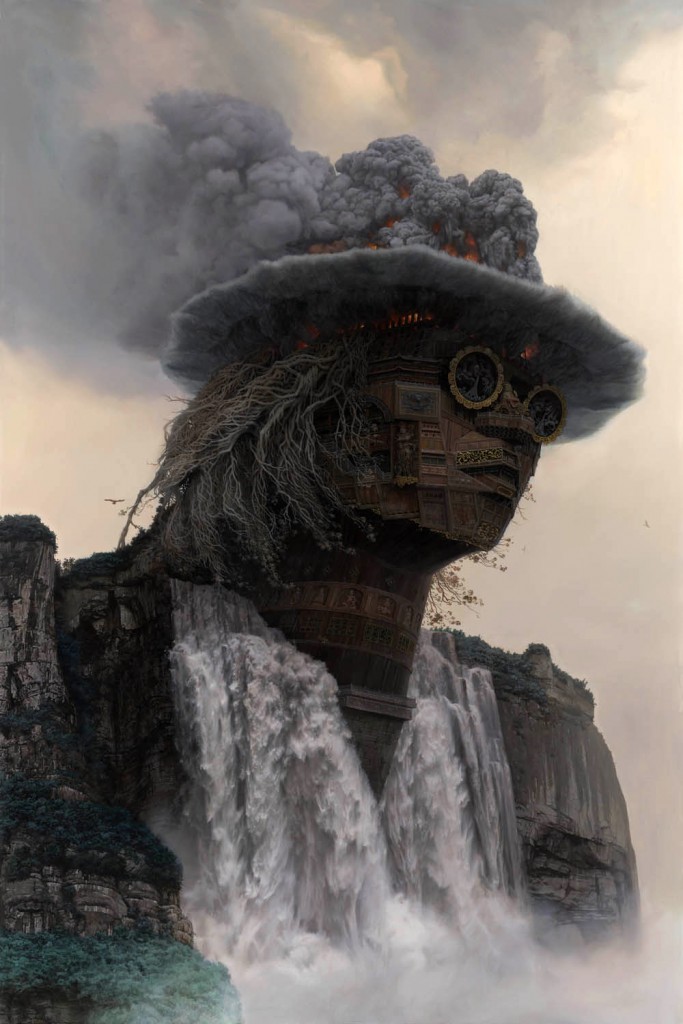 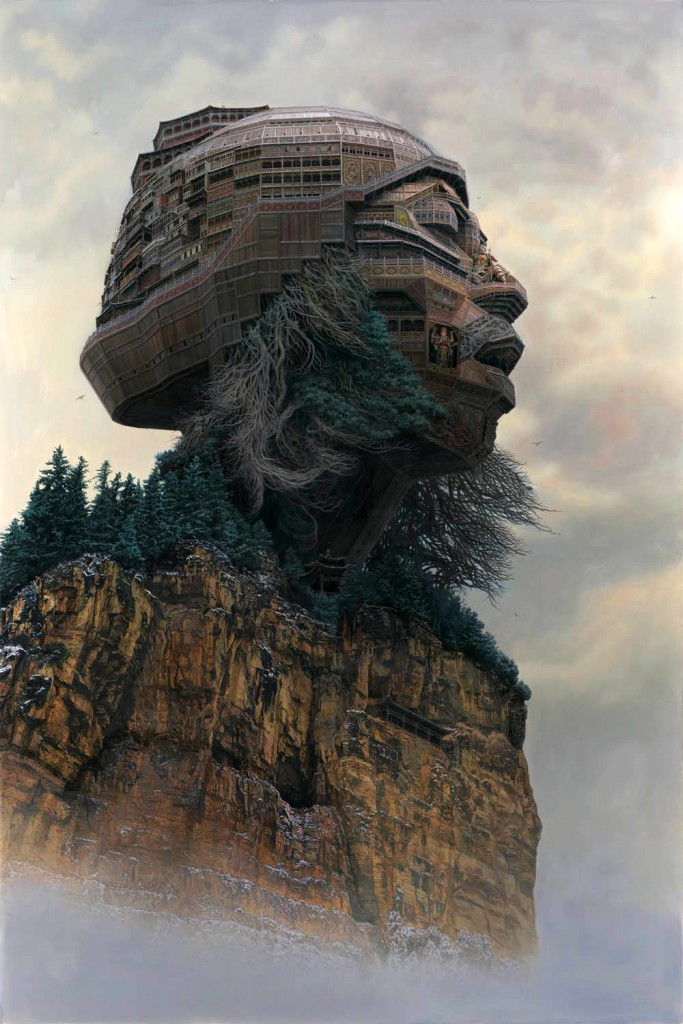 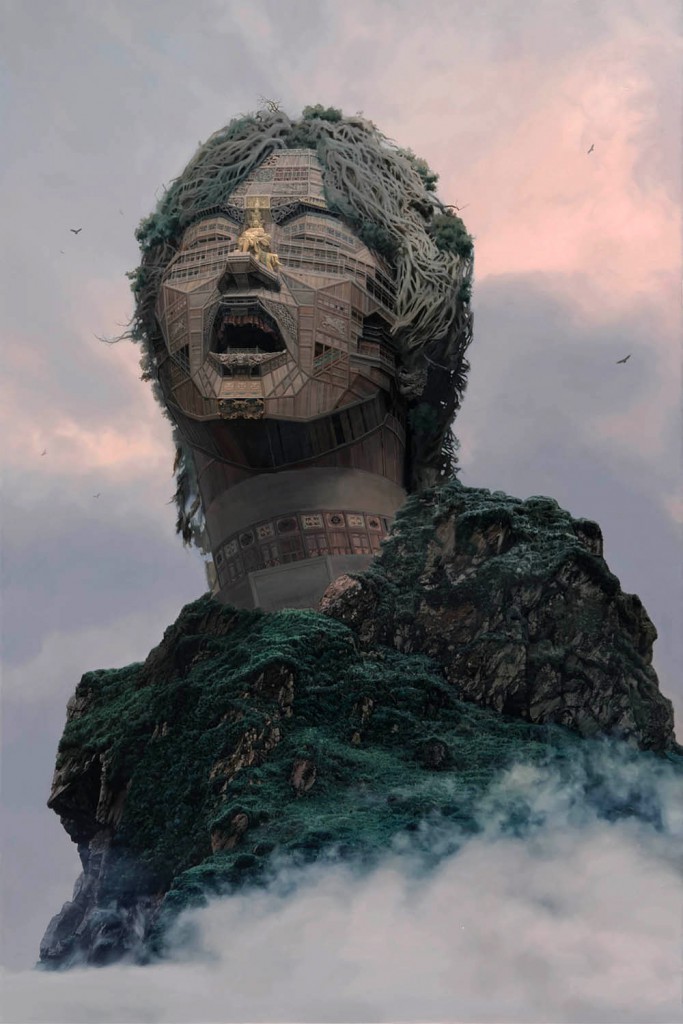 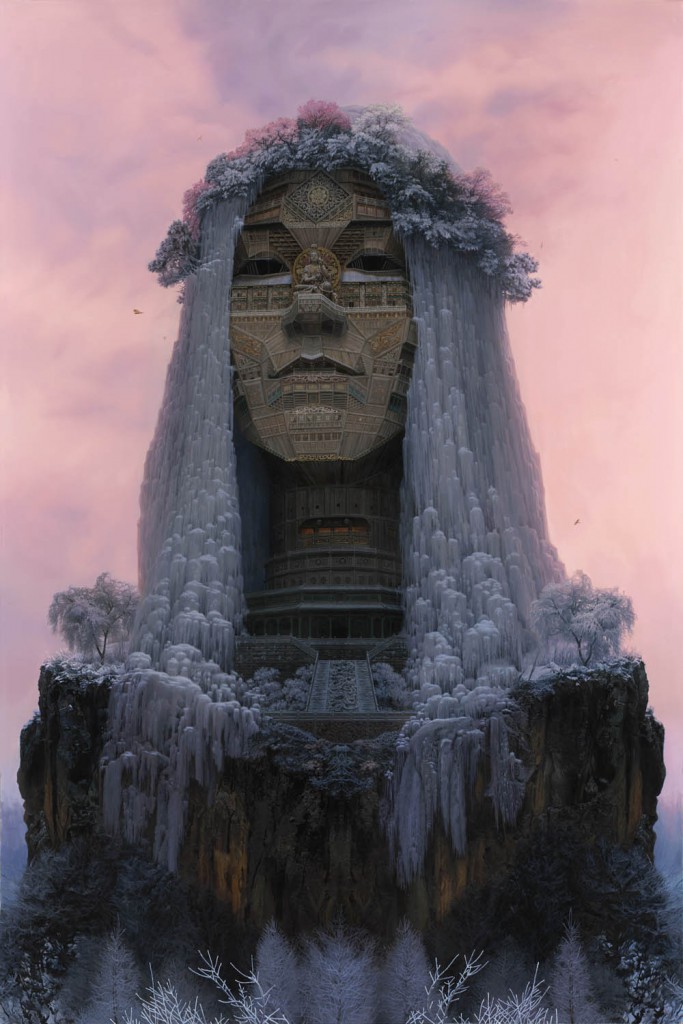 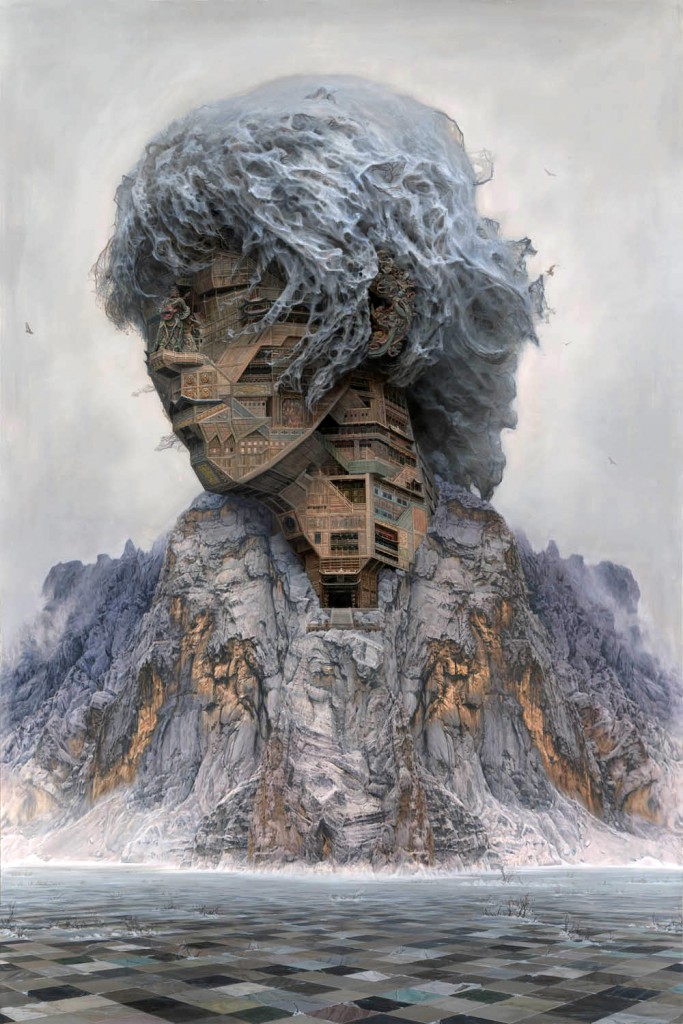 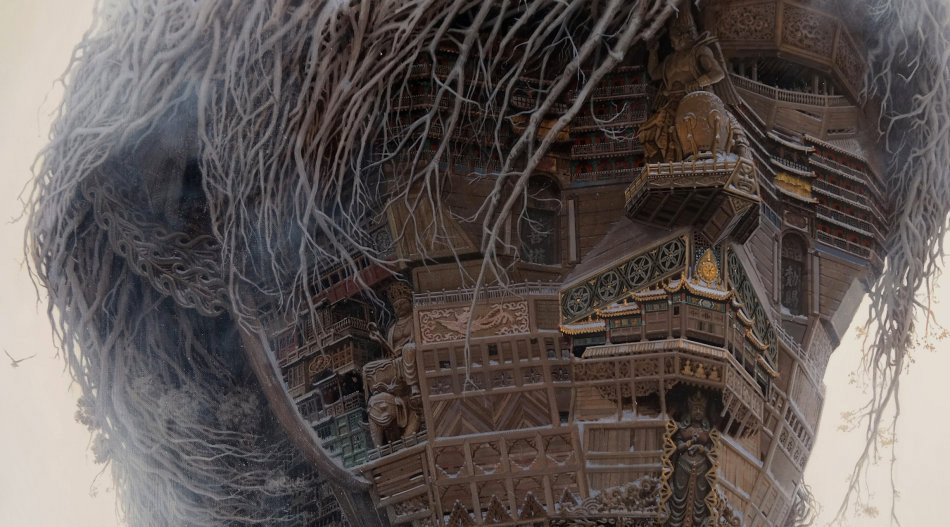 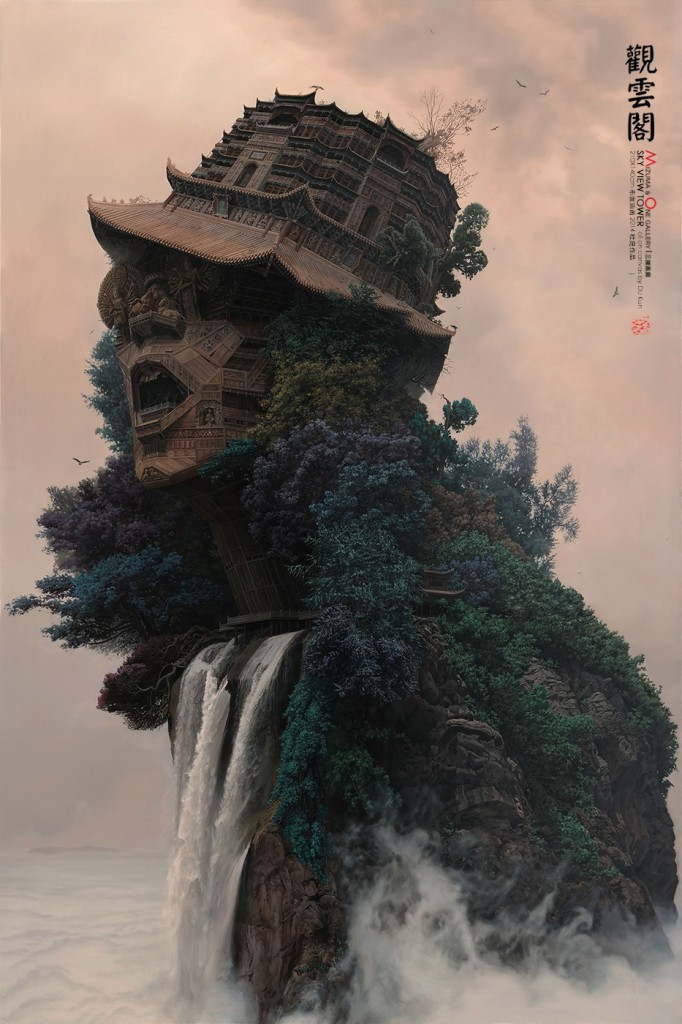