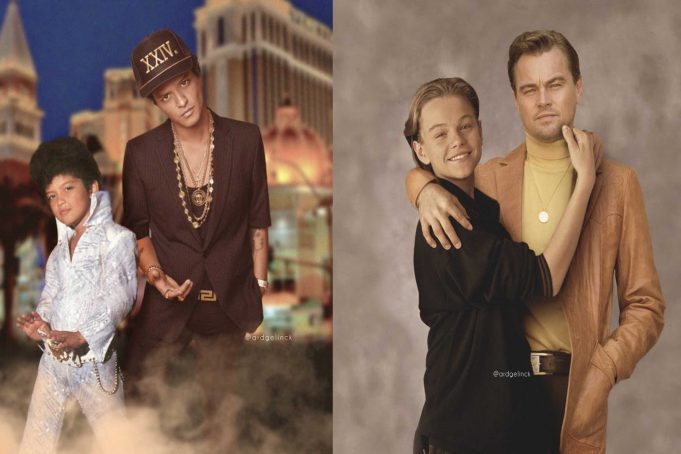 Dutch graphic designer Ard Gelinck has been photoshopping famous people as if they’re hanging out with their younger selves, and the images come out so cool, you can’t help but wonder if some of his subjects have them framed.

Gelinck has been posting his celebrity “Then & Now” series on Instagram since early 2017, which features Leonardo DiCaprio, Keanu Reeves, Jennifer Aniston, Reese Witherspoon, Jimmy Fallon, and Bruno Mars to name a few.

His work has been re-shared by some of the famous faces he’s edited, including Madonna, Tina Turner, Ricky Gervais, Sylvester Stallone, and Michael Douglas.

See How The First iPad Designed In 1983 Looked Like