Ben Brucker was sick and tired of walking into a boring office everyday so he decided to “pop” things up.

Ben and his co-workers used post-its to cover the walls at the office of the creative agency they work for. The team created pixelated murals from a total of 8,024 post-it notes. The murals depict superheroes like Super Mario and Iron Man.

As he wrote on Reddit, it took him several weeks to design the characters and plan the installation. His boss and co-workers fully supported him, while his employer gave him a $300 budget for the materials and helped his employees with the decoration.

Unfortunately the creative agency will move to another office in a few months and the superhero portraits will be deinstalled, but we sure think the creative minds of the office will make something equally beautiful in their new space as well.

Are you tired of your office’s plain, white walls and dull atmosphere as well? You can always follow Ben Brucker’s example! 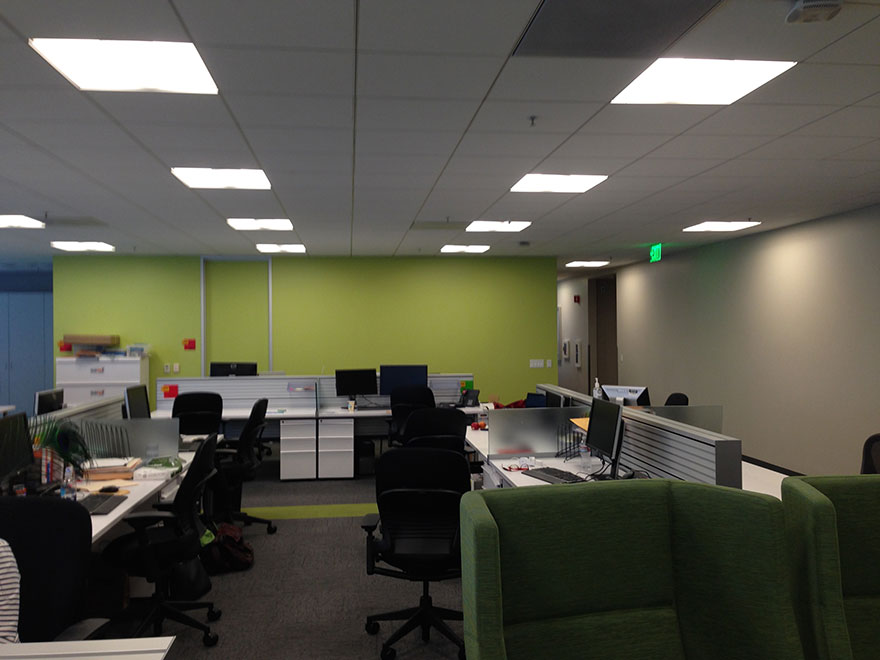 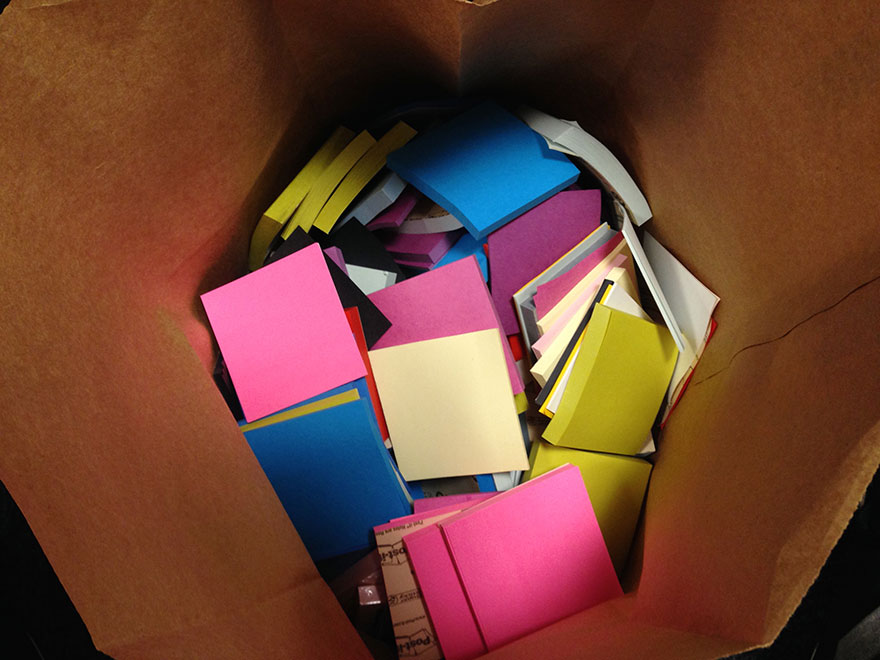 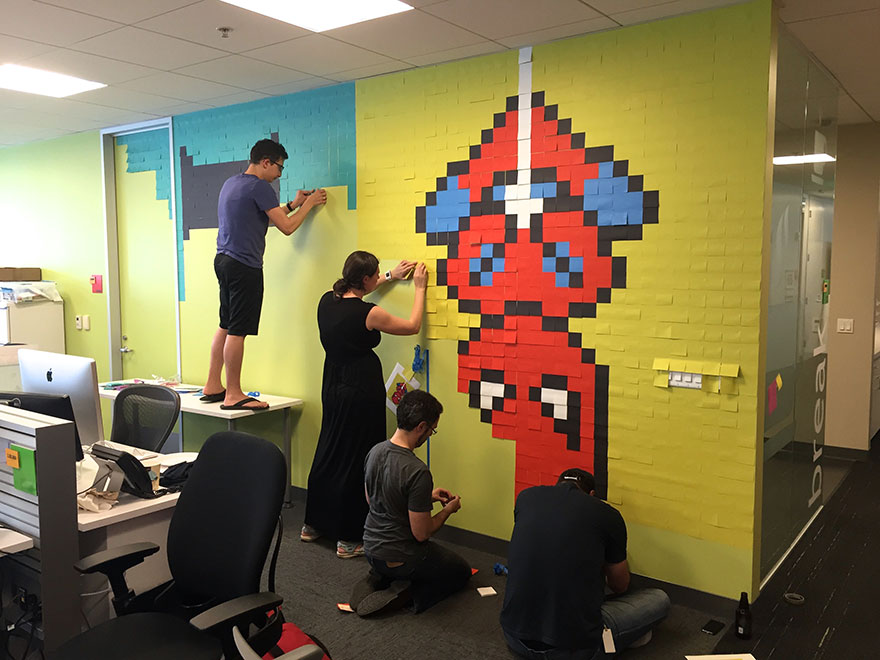 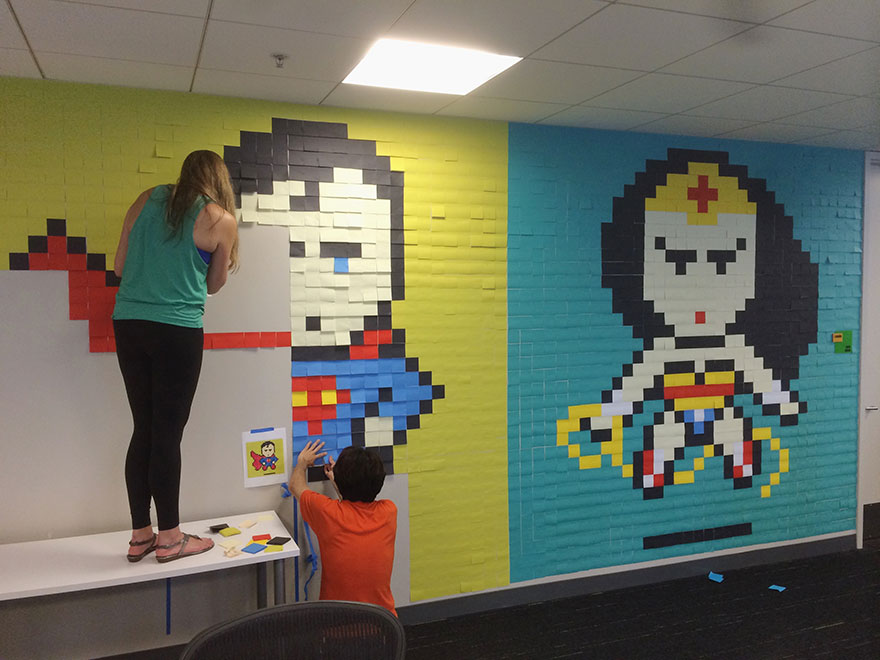 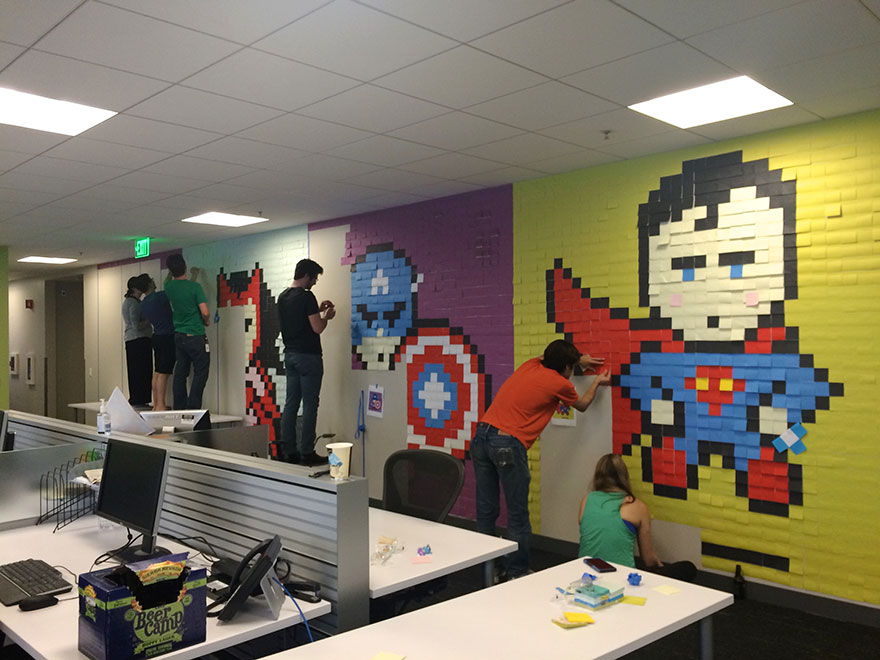 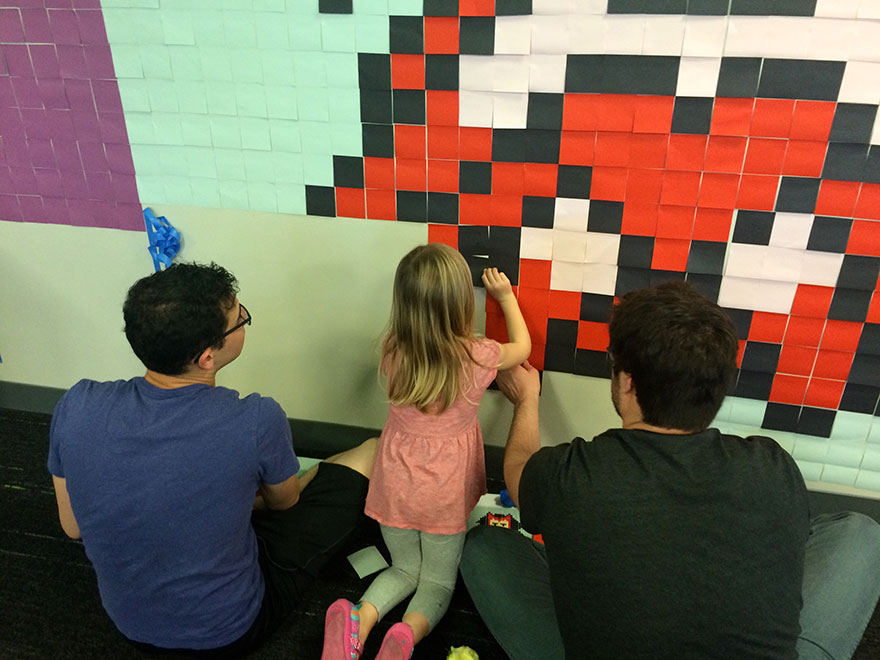 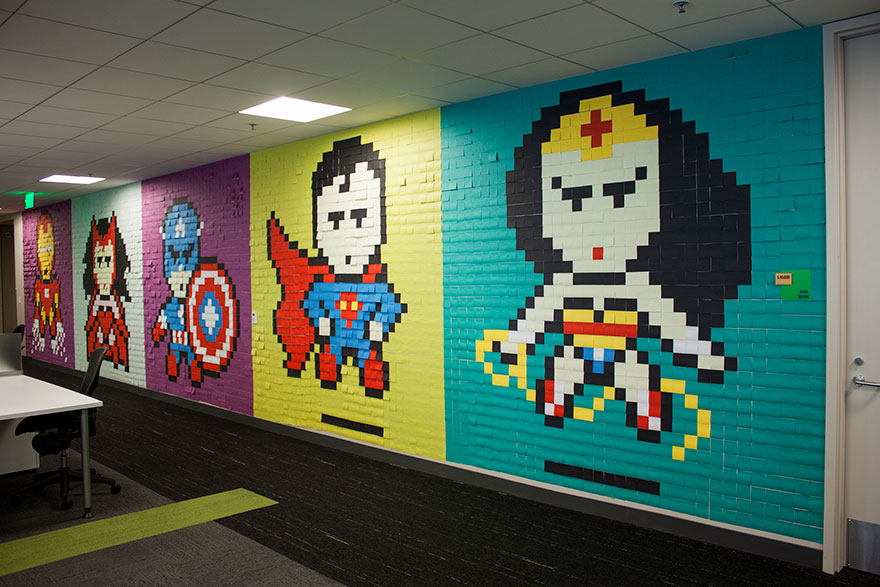 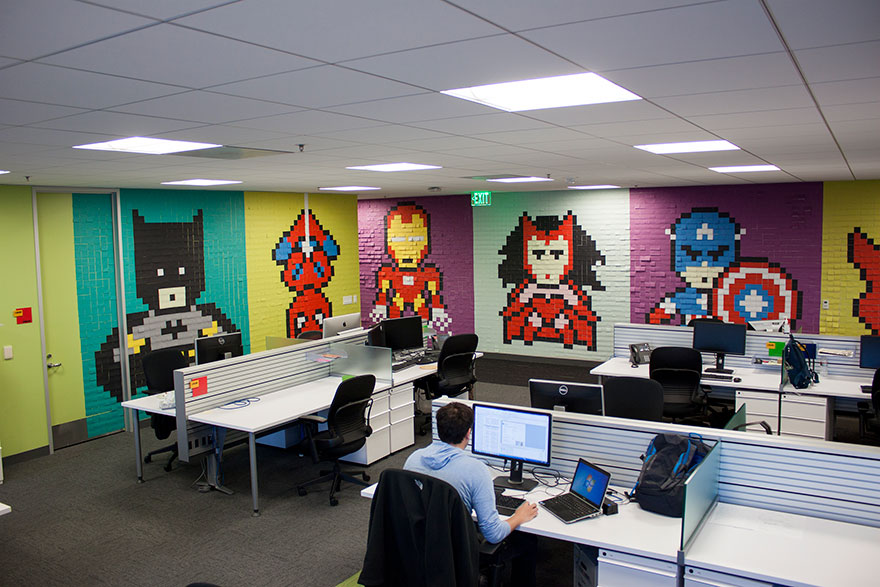 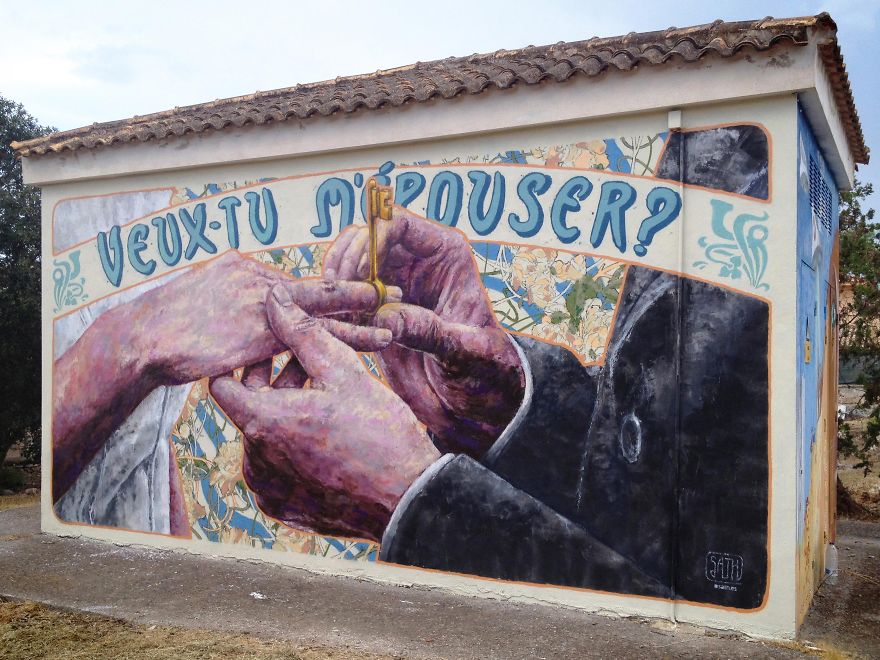 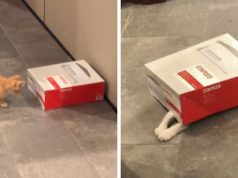 Lil-Hill’s Large, Ghostly Murals Comment On The Effects Of Capitalist Culture On The Individual Psyche 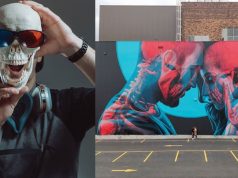 Trans Teen Documents His Inspiring Transformation Into A Man By Taking A Selfie Every...

Bulldog Loves Watching Passersby Through his Hole, so his Owners Painted 2 Costumes for...

The 10 Most Remarkable Art Installations of 2015