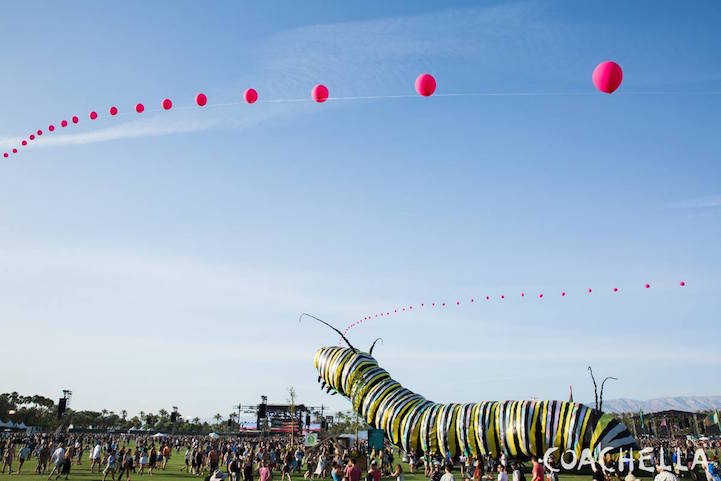 During the first weekend of Coachella, festival-goers had the chance of experiencing many music, art and fashion -if you count the unique looks seen there, spectaculars.

Poetic Kinetics, an art collective from LA, returned to the festival for a second year, with an impressive installation. During the first two days of this year’s festival, the crowd could find shade and -definitely, amusement, under a huge yellow and black caterpillar who wandered around in the Coachella valley. On Sunday morning, a beautiful blue butterfly emerged out of the caterpillar, with the help of people from the audience.

This work is titled Called Caterpillar’s Longing, or Papilio Merraculous, and according to Poetic Kinetics it was inspired by how beautifully nature handles changes and transformations, “The world around us is always adapting, evolving, and growing in often mysterious ways,” the group explains. “We celebrate that change.”

The groups aims to raise awareness regarding the declining of the monarch butterfly population. 1.5 million acres of monarch habitat are eliminated annually, a number that is equal to, times 7,500, the size of Coachella’s polo field. 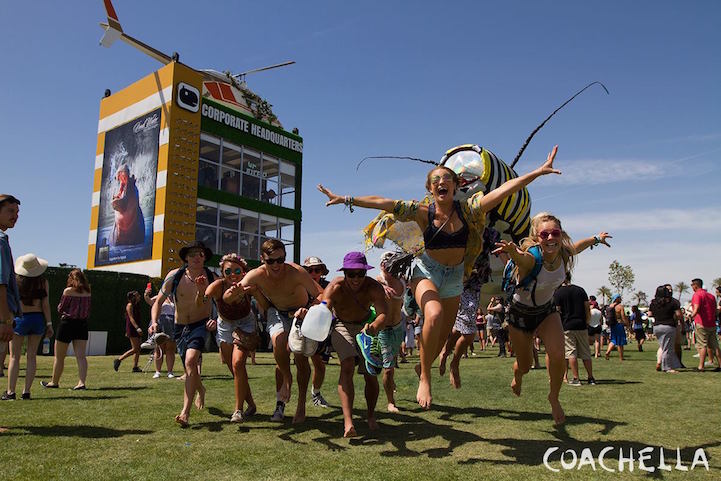 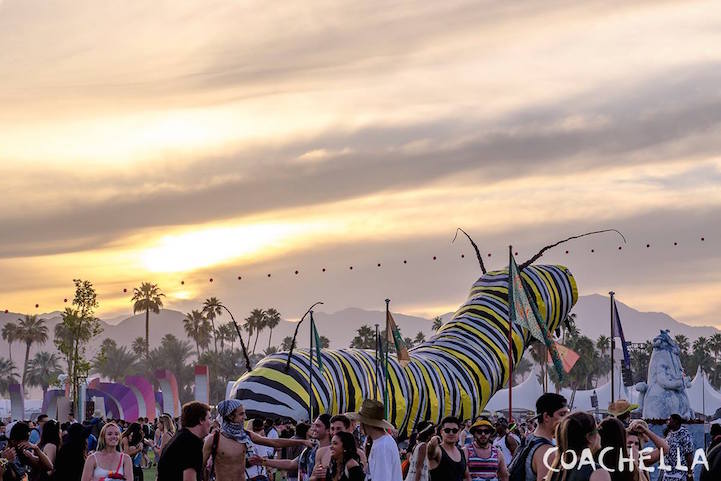 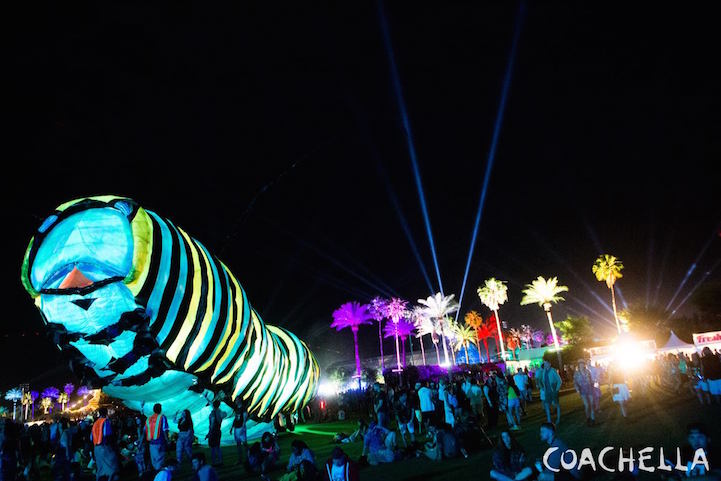 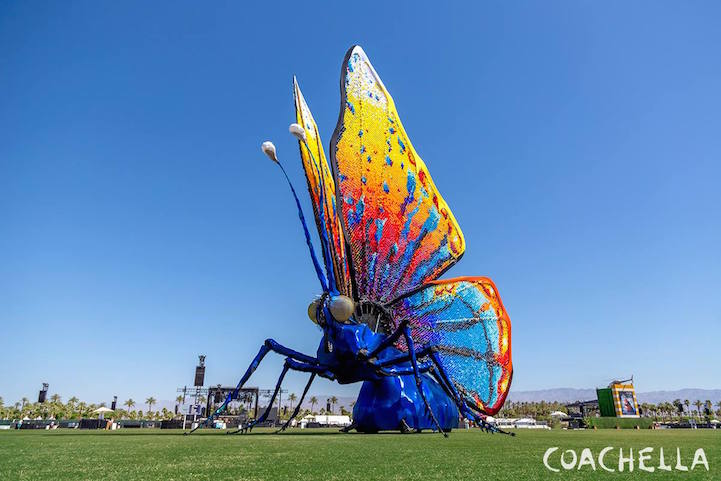 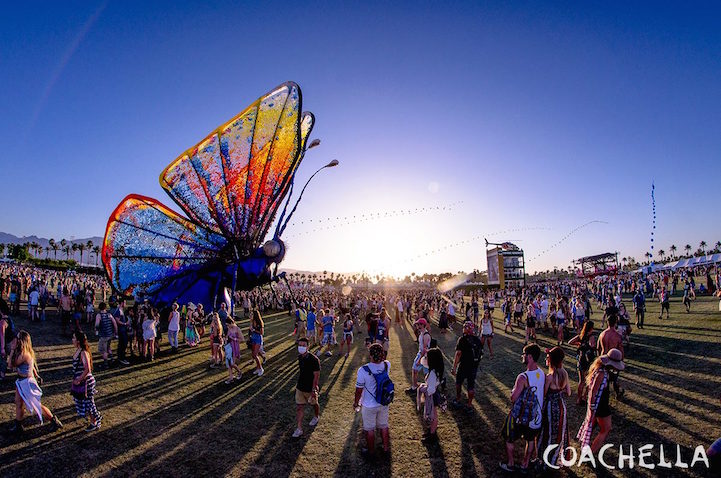 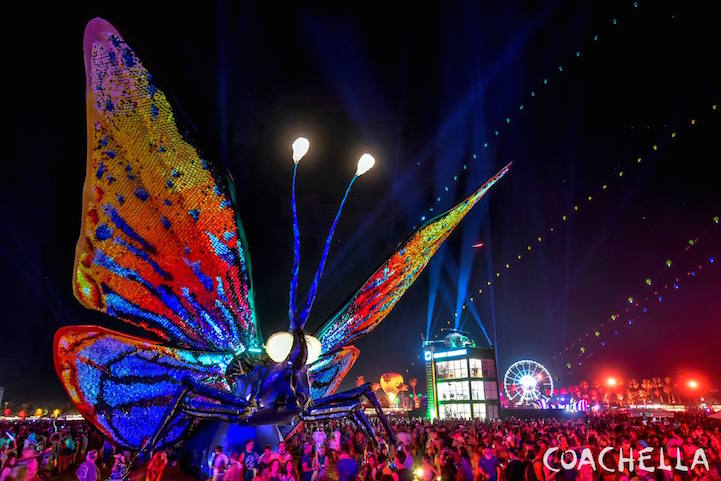