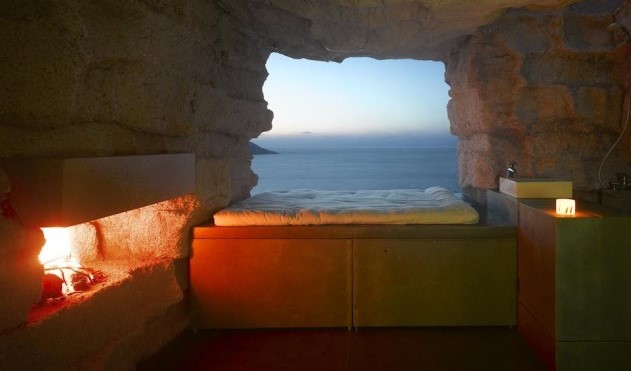 Now, there’s an interesting idea! A most fascinating holiday home, The Truffle, is actually built within a rock of concrete. Situated at Costa de Morte in Spain, this bizarre construction was designed by Ensamble Estudio in collaboration with Ricardo Sanz and Javier Cuesta. 25 square meters in total, this minimalist little home is equipped with everything you will need for a tranquil escape from the hustle and bustle of the city. The Truffle comes with a raised platform bed, basic bathroom facilities [toilet and shower] and even a built-in fireplace. 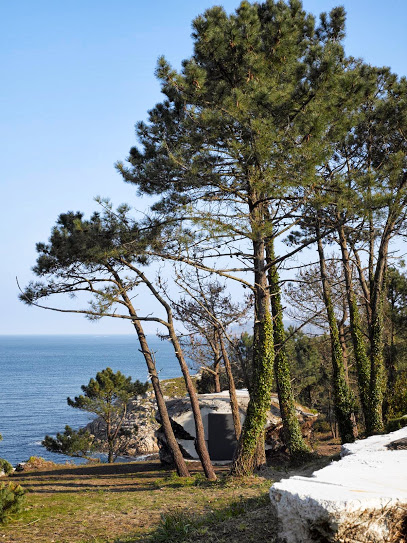 But its most extraordinary characteristic is its exterior, which looks both man-made as well as natural. The Truffle’s construction was a monotonous, multi-stage procedure. To begin with, the architects dug a hole in the ground and blocked out an interior space with the use of hay bales. Then, concrete and topsoil were poured around the hay bales, burying their work and let to dry. The process was repeated until a huge rock was formed underground. Subsequently, it was dug up from the ground.
When the enormous concrete rock was extracted, Paulina arrived on the scene. Paulina was a calf which enjoyed a year of eating 50m3 of hay, until it was all gone and the by then grown cow left its habitat. The hay bales not only provided food to the young calf but also gave an engaging texture to the concrete. The long reed helped create a rustic feeling to the interior of this beautiful little home that overlooks the Atlantic Ocean. 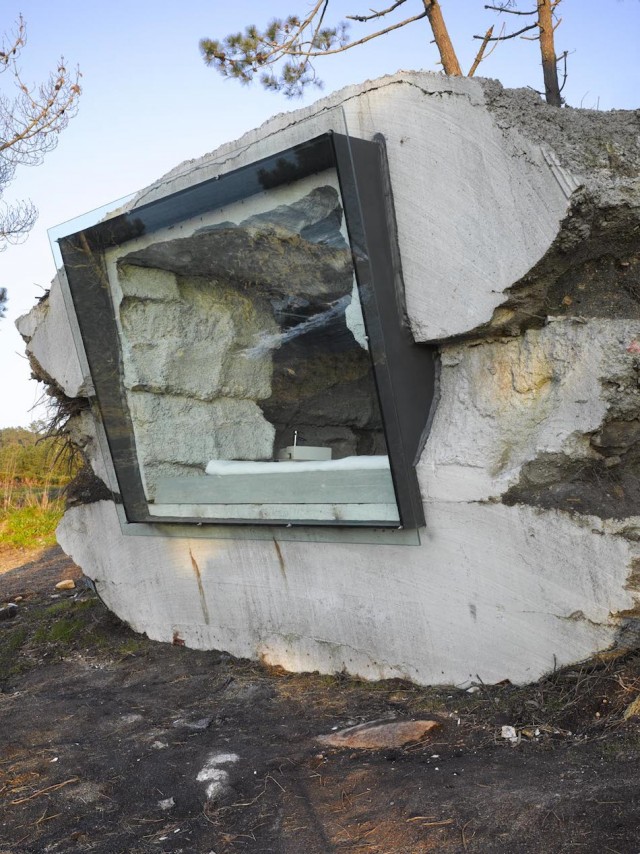 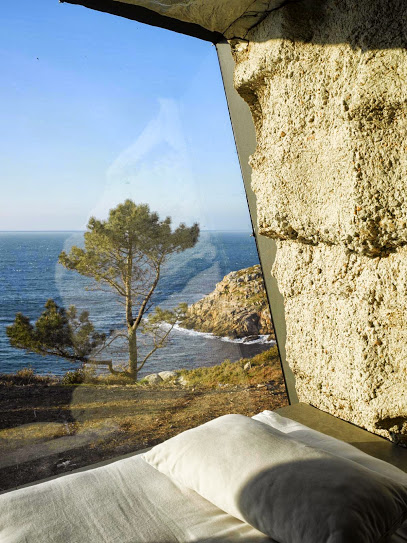 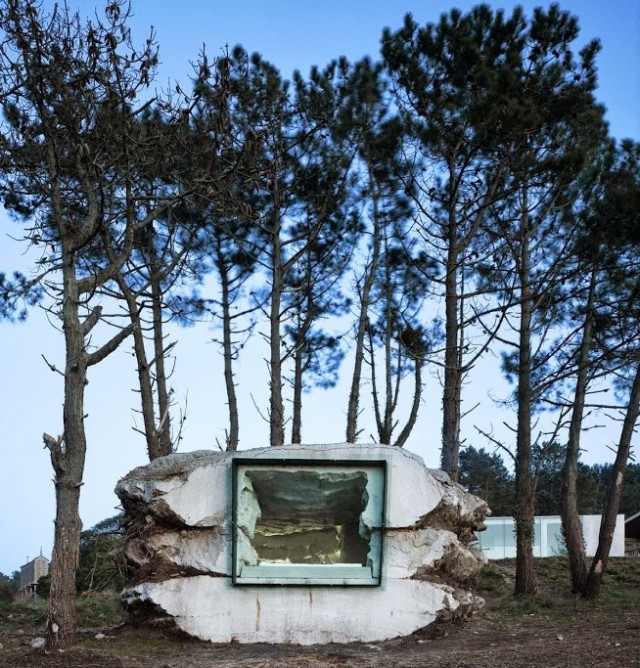 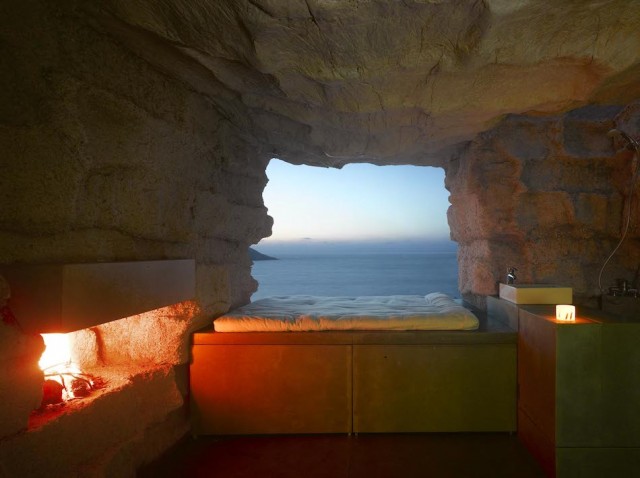 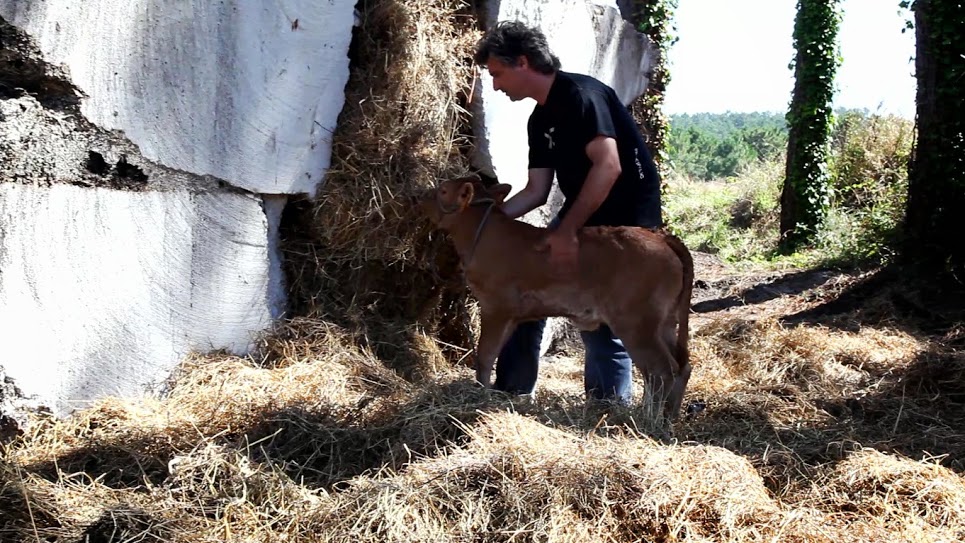 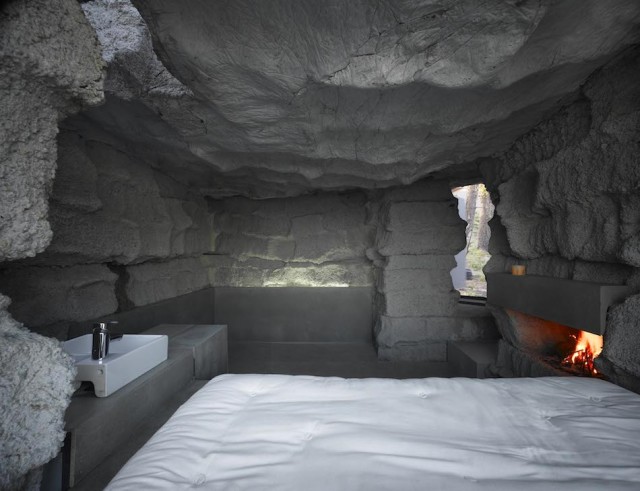 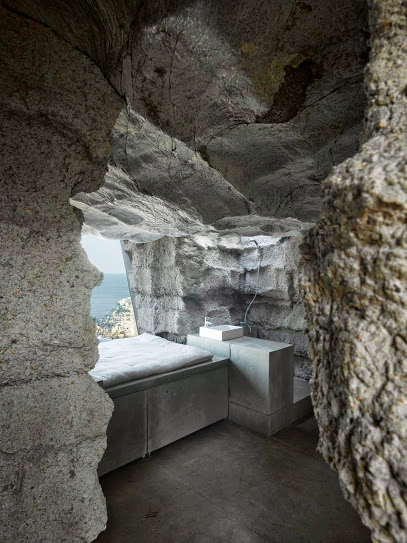 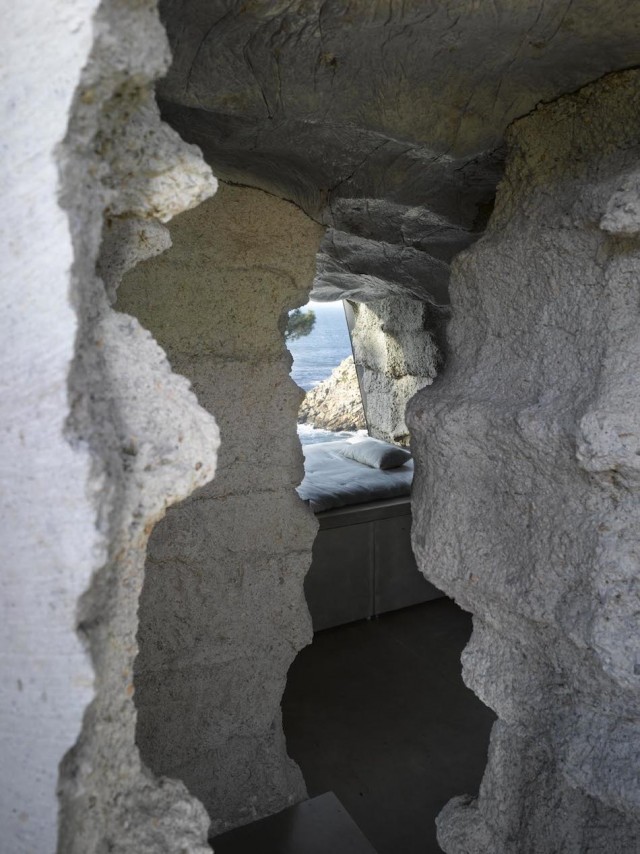 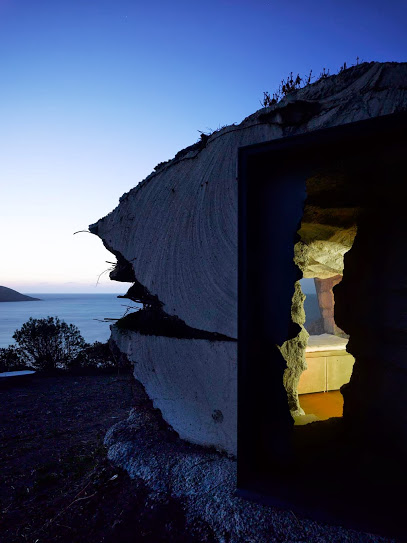 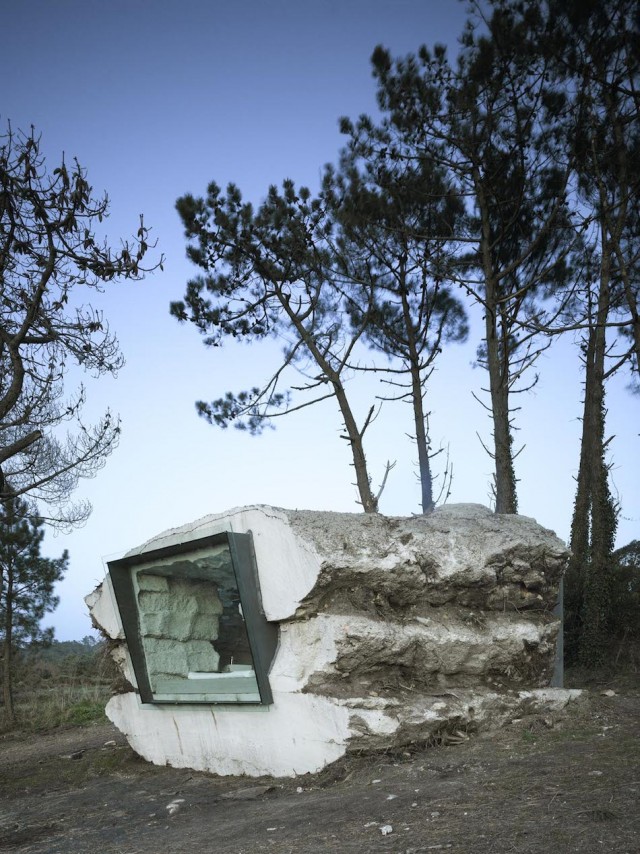 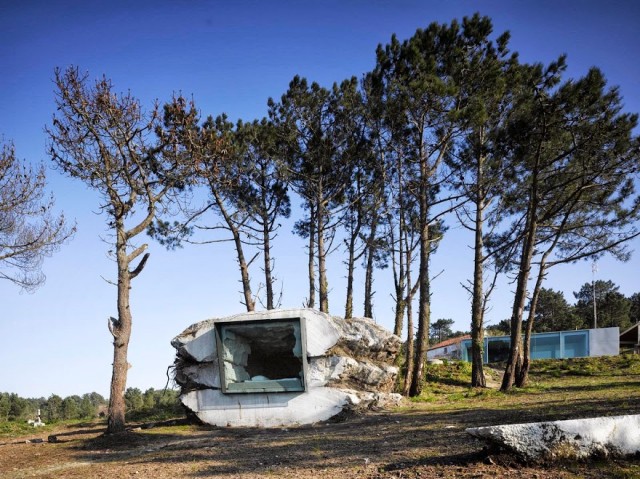 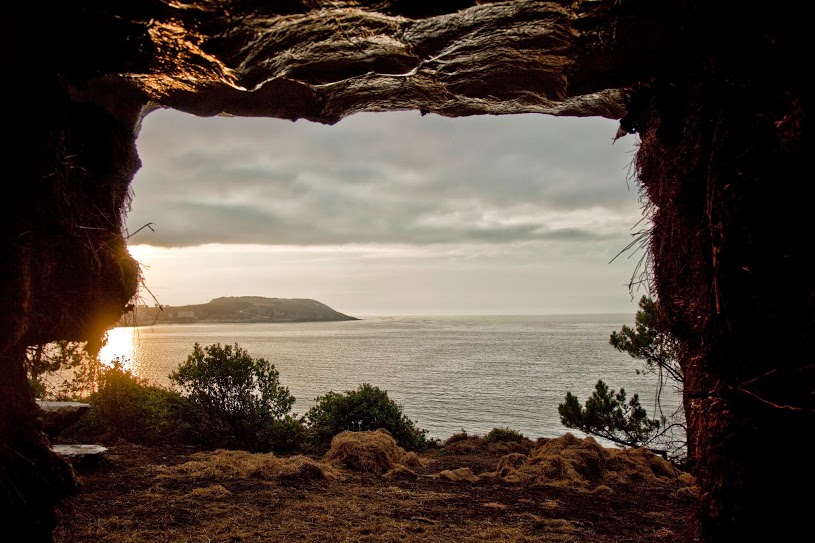 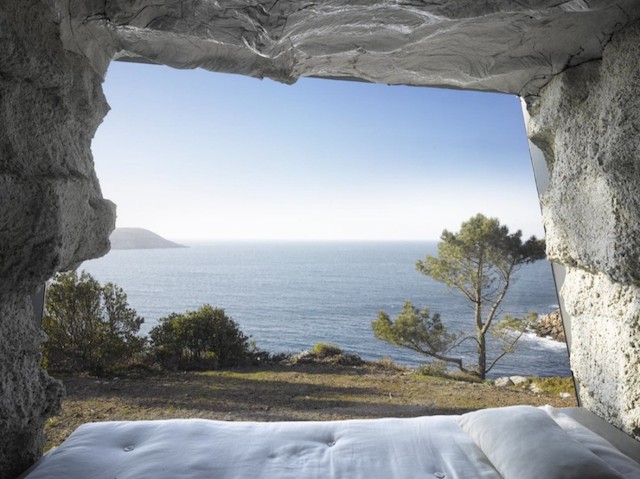 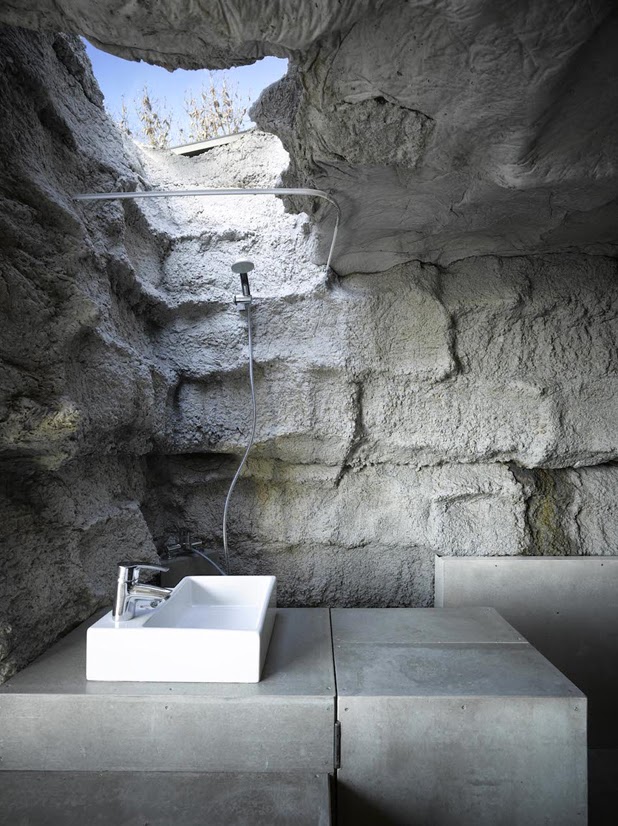 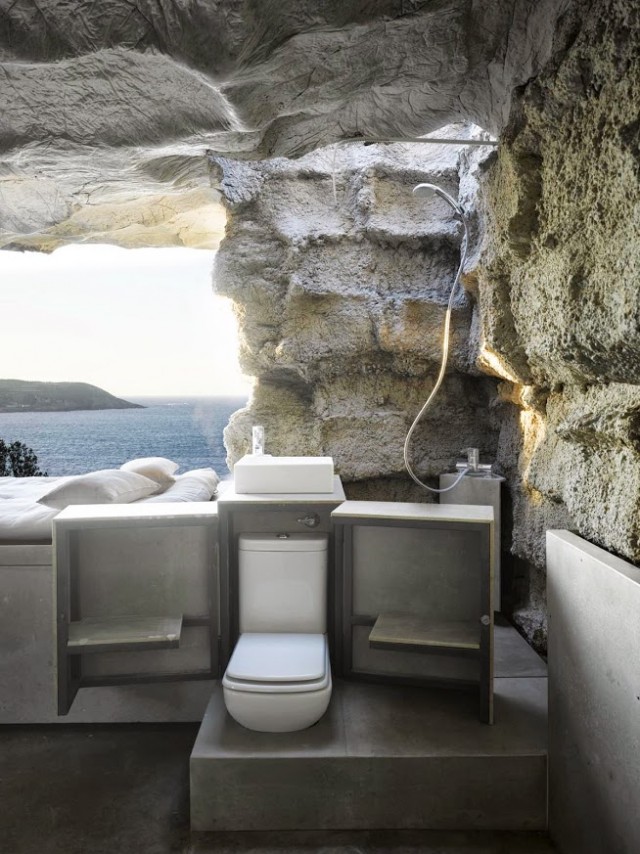 All images courtesy of Ensamble Estudio 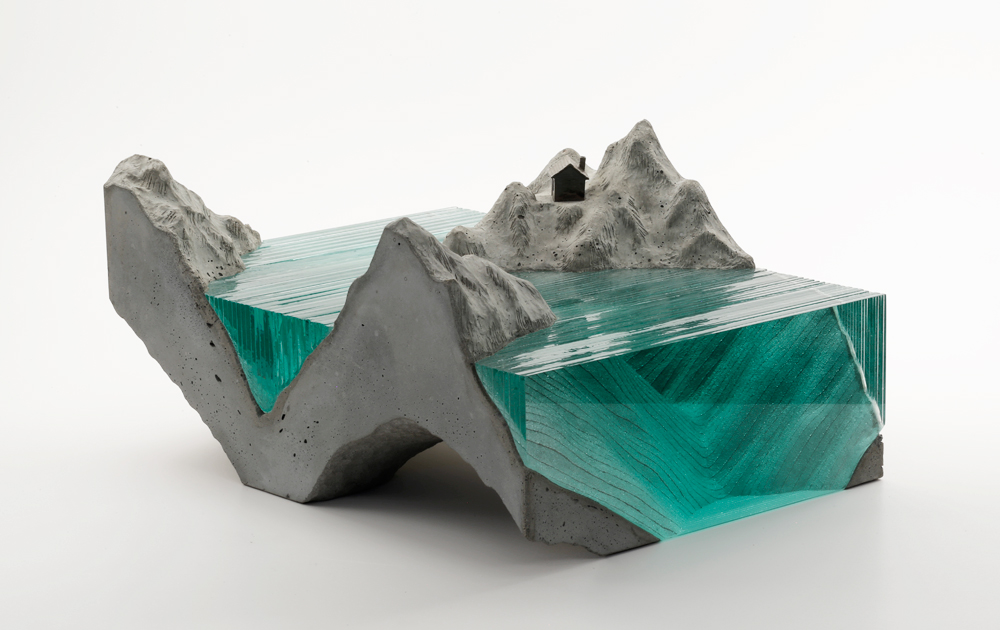