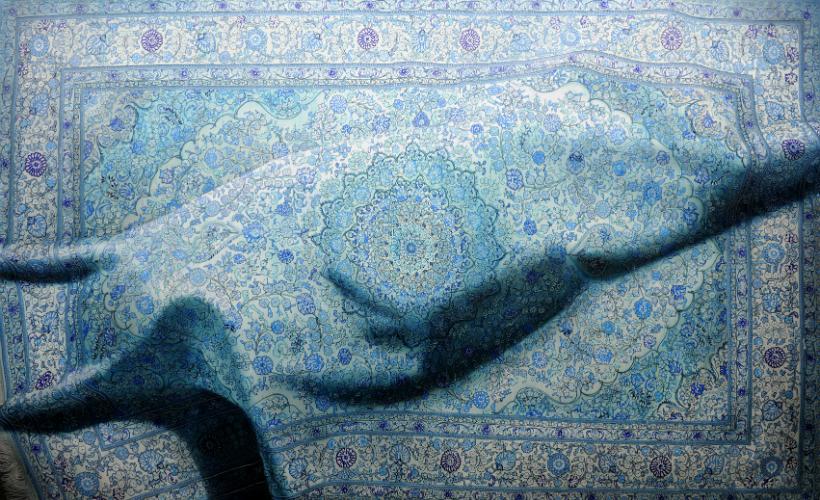 Spanish artist Antonio Santin has created a beautiful and sinister imagery that explores the potential of pictorial tradition. His large scale oil paintings combine portraits and still-life images that show influences of British realism and a proximity to hyperrealism.

His process begins with photographs of his models which he normally takes in their own homes. The photos serve as a starting point for the painting, as a reference from where the final painting will evolve. He then applies traditional techniques to capture extreme detail and realism.

The tri-dimensional depth of the model’s body is constructed through a complex game of light and shadow and a layering of pigment that truly captures the texture of the tapestry, its wrinkles and creases. Although the model is in most cases completely hidden, the extraordinary effect Santin achieves makes its corporeity tangible and its presence quite possibly more powerful.

Santin further increases the realism and the mysterious aura of the image by deconstructing and reinventing the pattern, texture and weaves of the carpet and adapting its proportions to the size and format of the canvas. In the end, all the elements come together in paintings that are both unsettling and seductive.

All images courtesy of Antonio Santin. 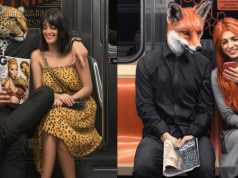 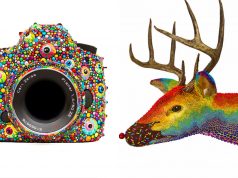