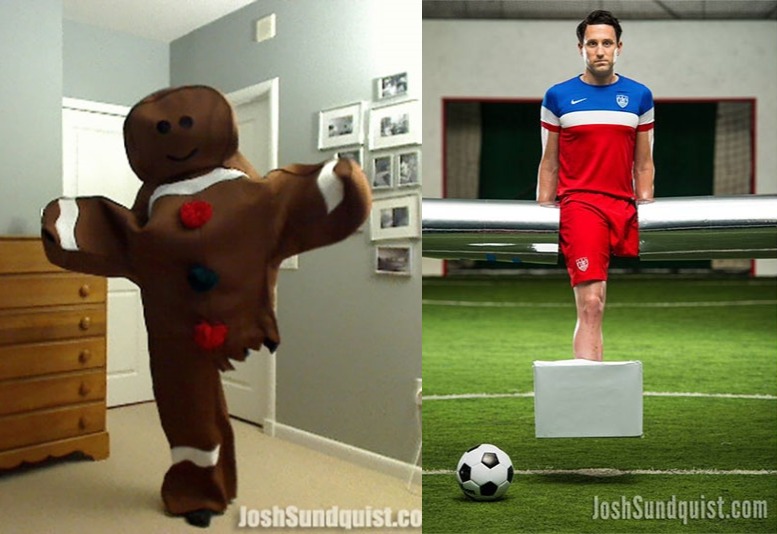 Sundquist, back when his was 9, was diagnosed with a rare form of bone cancer and was given a fifty percent chance to live. He underwent chemotherapy for one year and his leg was amputated – by the age of 13 he was cancer-free and by 16 he was ski-racing. As of now, Sundquist is not only famous due to his motivational speaker skills (he has even spoken in the White House), but also his witty, amputation-incorporation Halloween costumes that have taken over social media.

Sunndquist explains on his site: “I’ve always dealt with the social discomfort of my disability by having a sense of humor. But I used to be much more self-conscious. In high school I wore a prosthesis all the time and didn’t want anyone to find out I was missing a leg. But now I’m more comfortable with who I am and what I look like, and I guess with these Halloween costumes you could even say that I celebrate what makes me different. Which may be either weird or refreshing, depending on your perspective.”

See his clever ideas from 2010 until today along with his sources of inspiration: 2012: “Leg lamp—My wife Ashley suggested this idea, a reference to the movie “A Christmas Story.” Frah-gee-lay.” 2013: “Flamingo—I was just at the zoo one time and I noticed that flamingos look like me doing a crutch handstand. So yeah.” 2014: “Foosball player—A YouTube subscriber suggested it to me at VidCon. I thought it was appropriate since last year I was also named to the US Amputee World Cup Team.” 2015:  “IHOP—It’s a classic amputee joke. This year I decided to anthropomorphize it.”