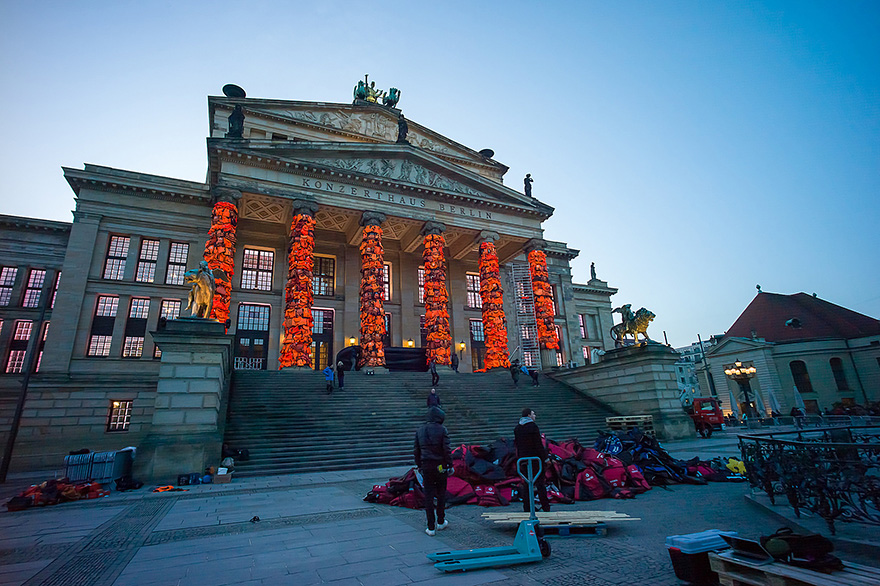 Ai Weiwei is an artist known for his activist work. This year, we’ve seen him visiting the Greek islands amidst the refugee crisis, taking down one of his shows in Denmark to protest against a new anti-refugee law and taking a controversial photo of him posing as a dead Syrian toddler to express his anger with how the European forces have been responding to the crisis.

This time, the Chinese artist created a touching installation at Berlin’s Konzerthaus, by wrapping the building’s columns in 14,000 discarded refugee life jackets, found on the Greek island of Lesbos. 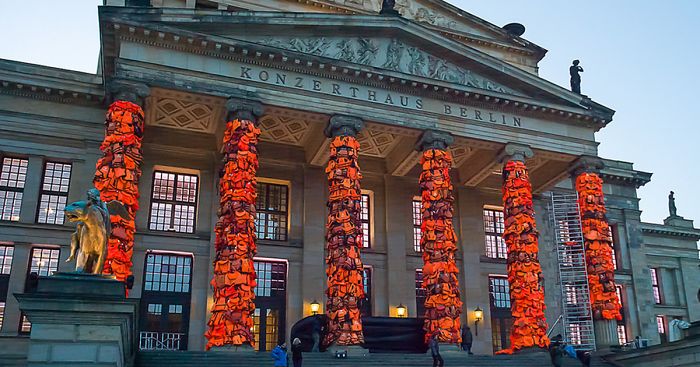 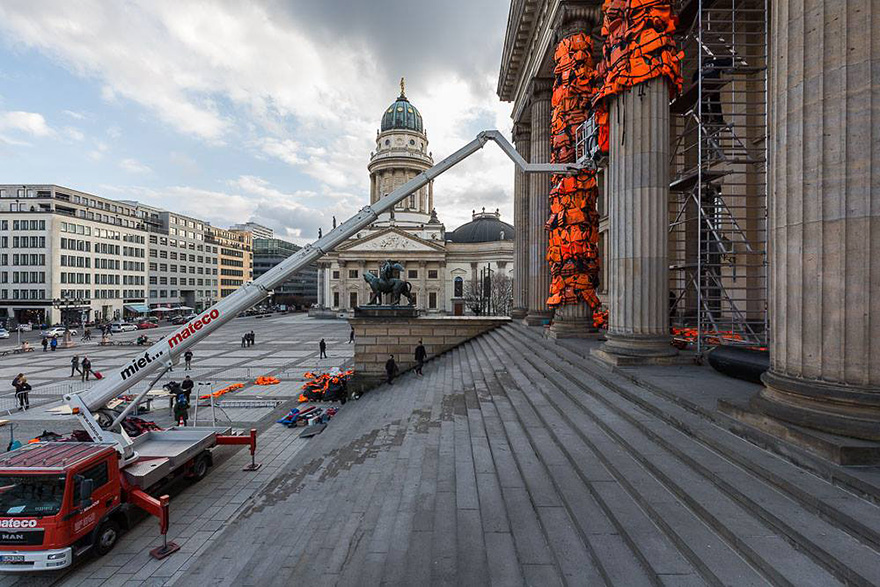 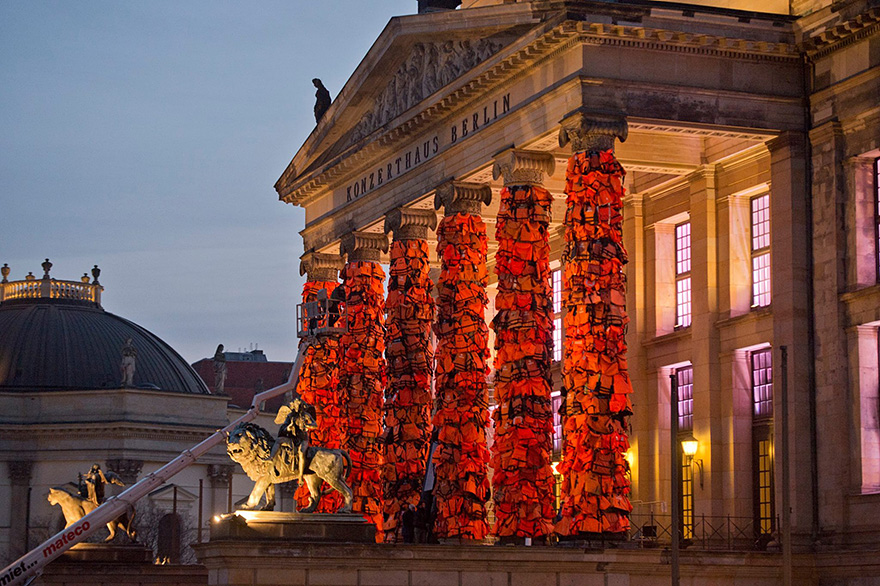 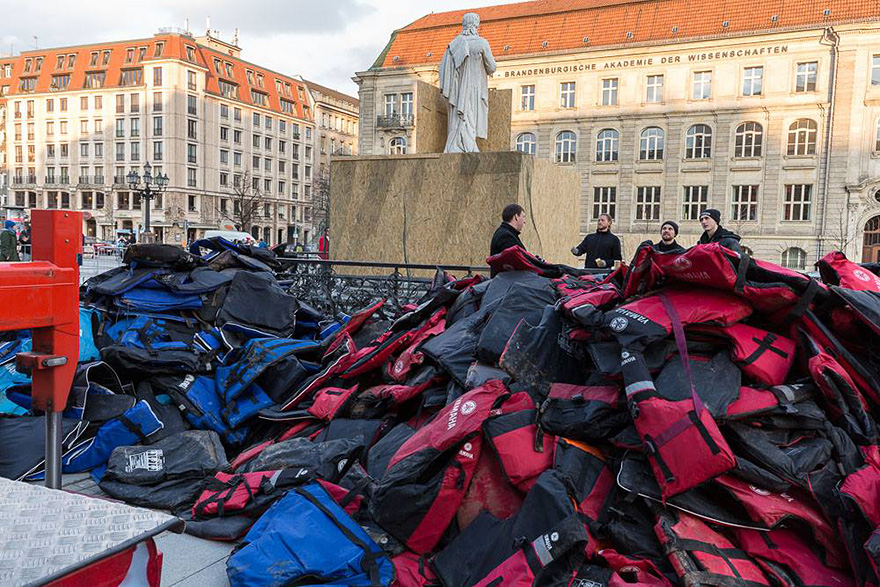 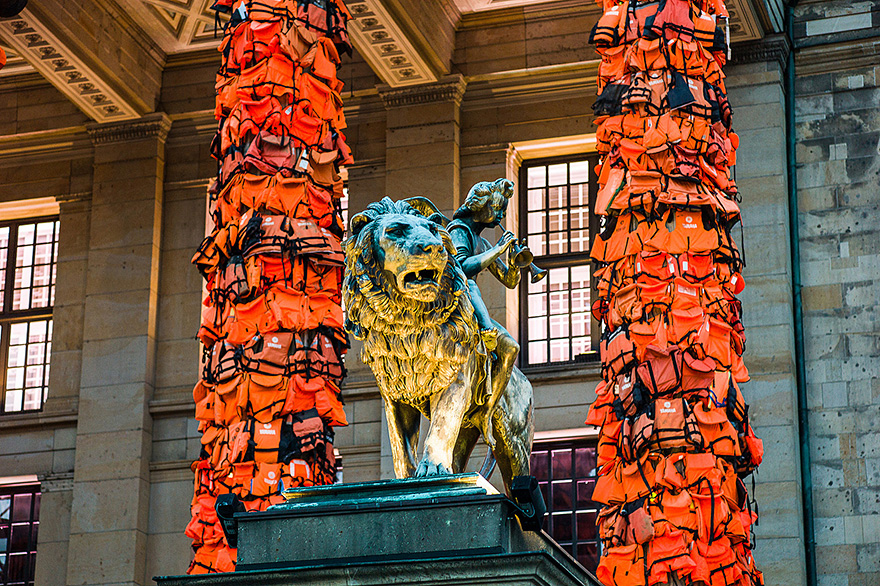 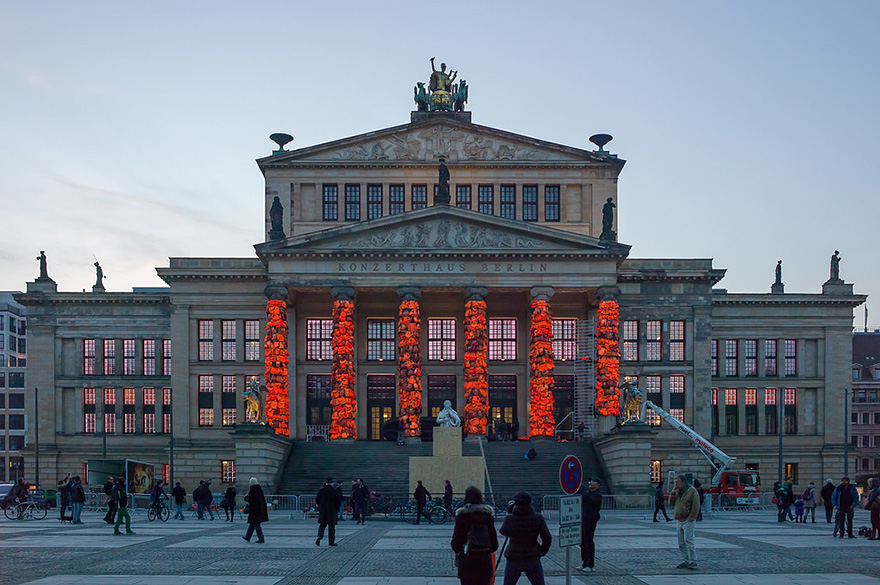