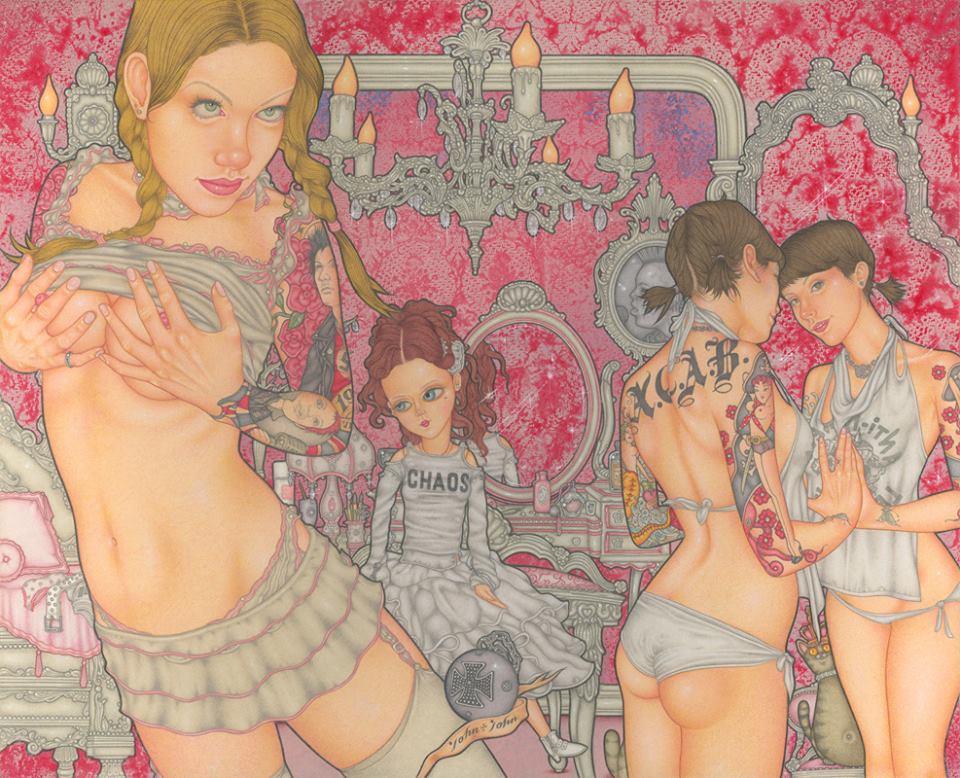 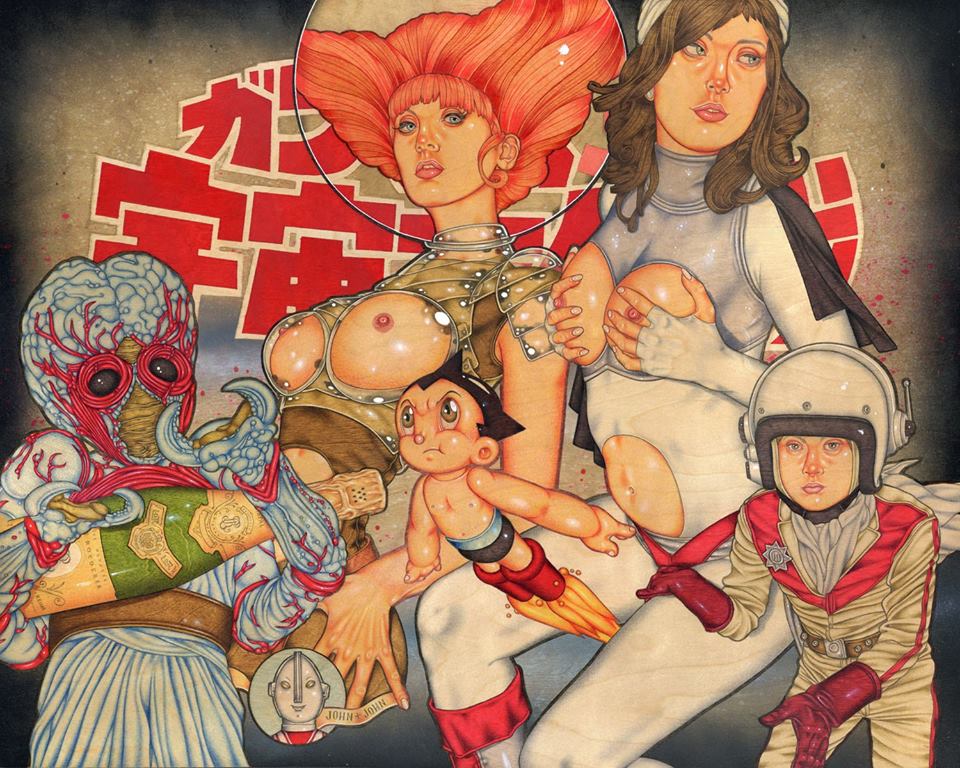 John John Jesse is a Pennsylvanian artist with a provocative, punk line of work. Mixing features of pop culture, cartoons and Japanese animations, the artist creates a world where surrealism met anarchy, fell in love and had Jesse’s paintings.

Including icons like Sid Vicious and bands like the Ramones in his work, Jesse explores the way chaos takes over his subjects’ lives, most of them being angry, erotic lolitas that carry guns and do drugs. Being a musiscian himself, Jesse understands the way music religion influences his worlds. The girls with the tattoos and the fighting instincts, later become girls that flirt with a viewer, in a game of voyeurism and lust. Inspired by childhood memories and children’s toys, Jesse expresses an intense need to rediscover its subjects’ lost innocence, with the symbols he uses becoming the symbols of a decayed pop reality. 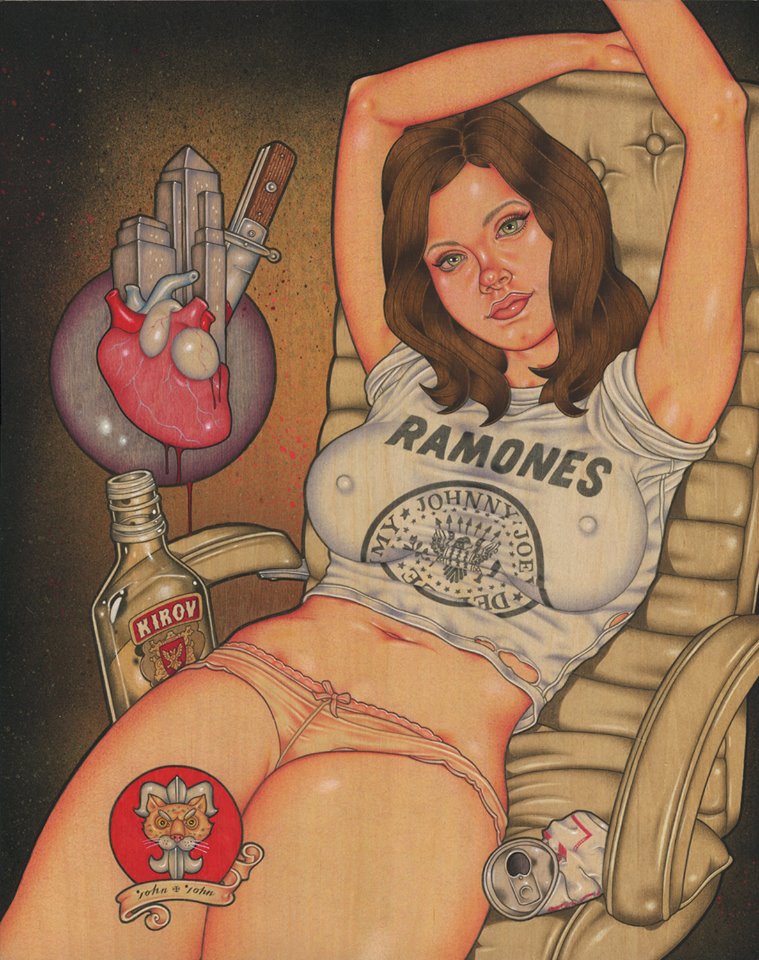 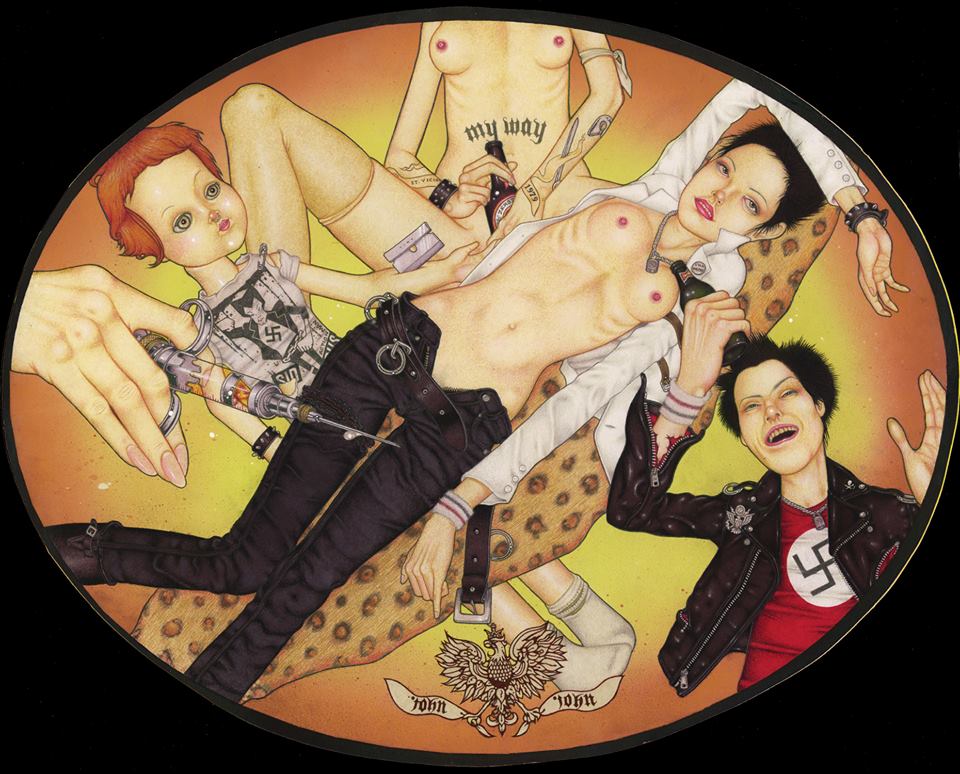 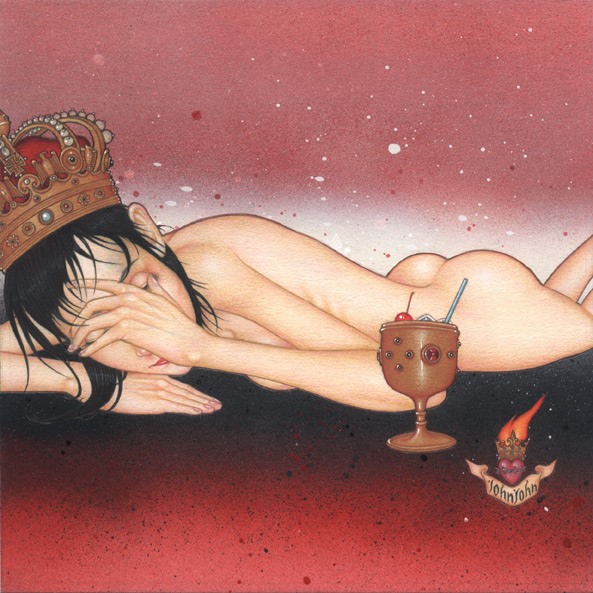 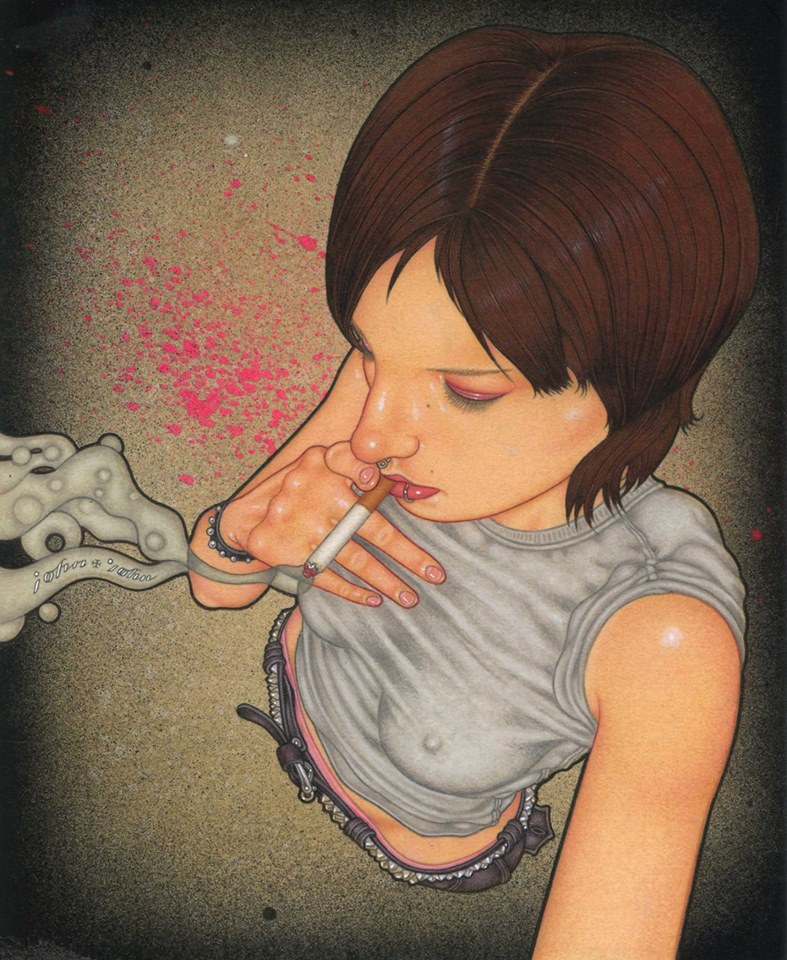 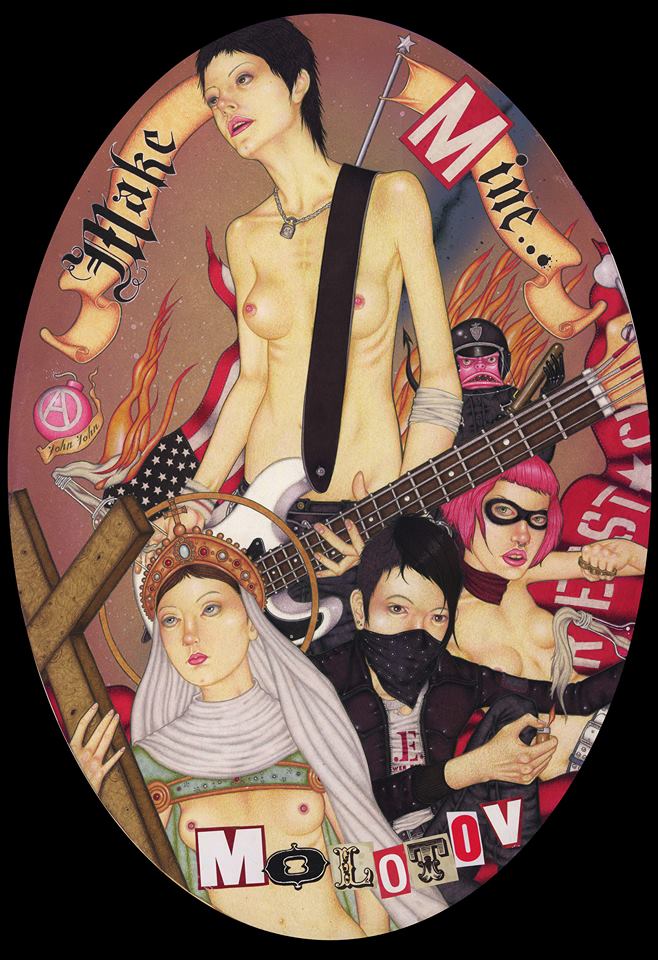 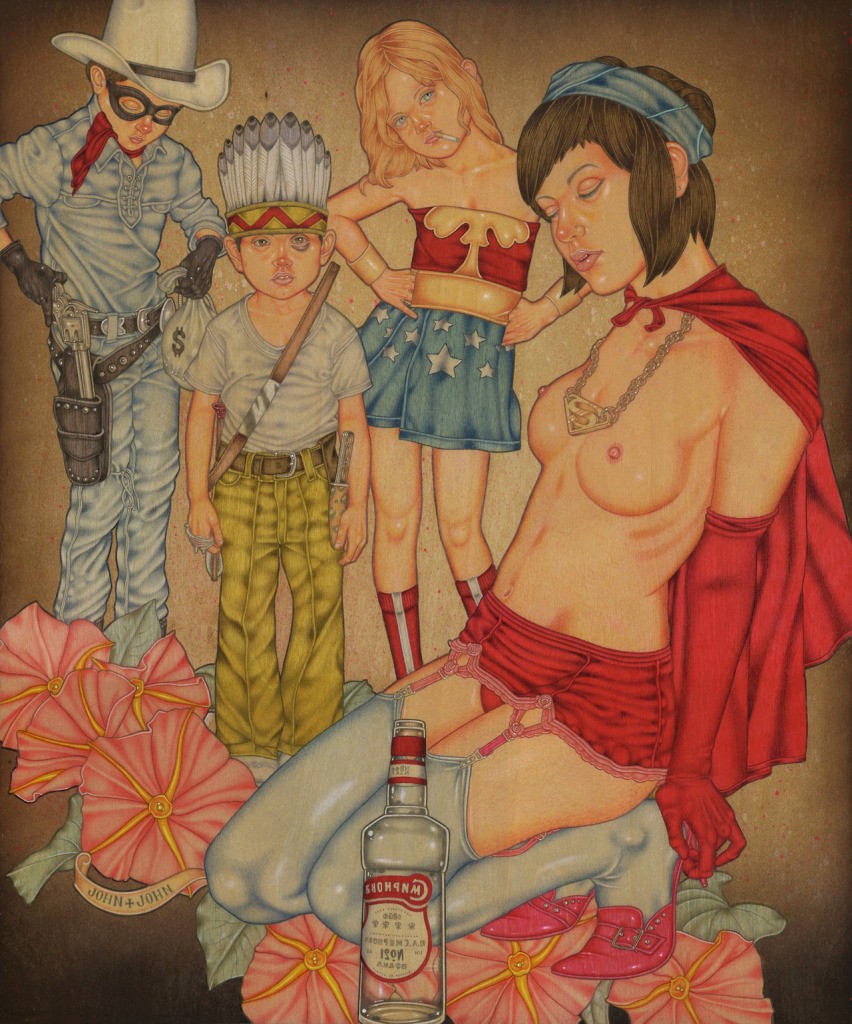 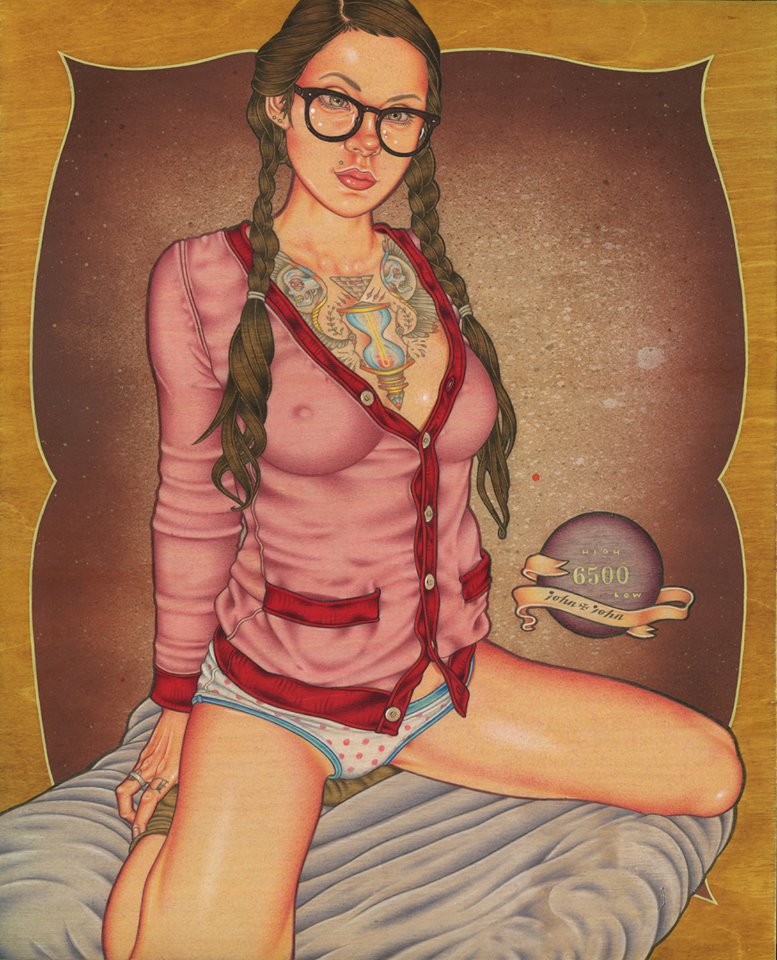 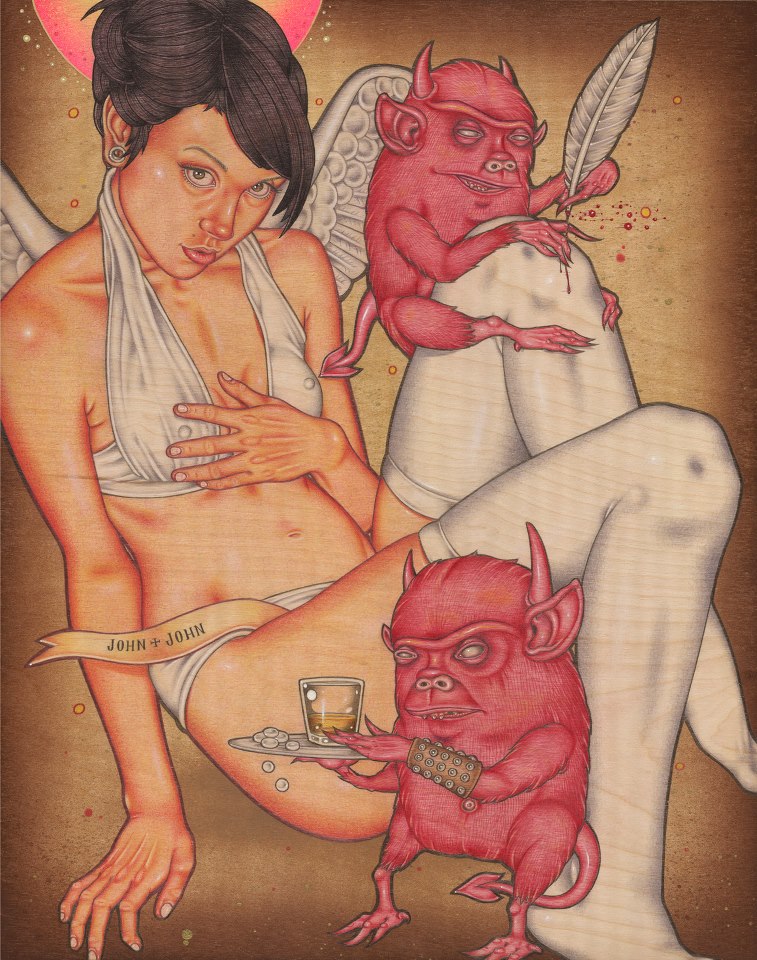 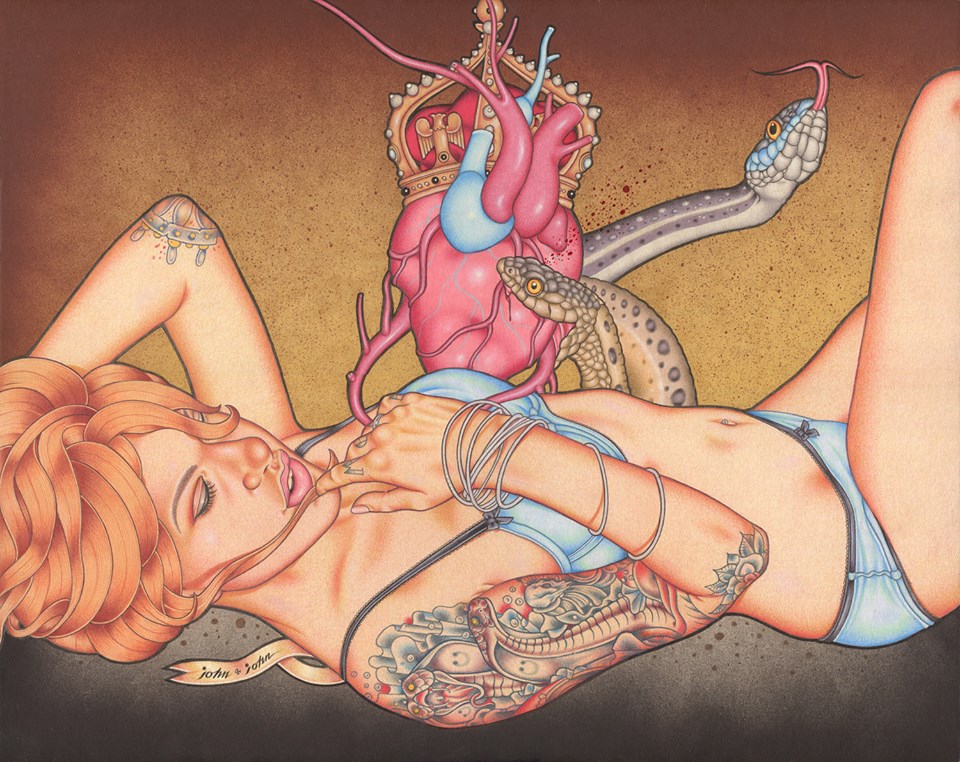 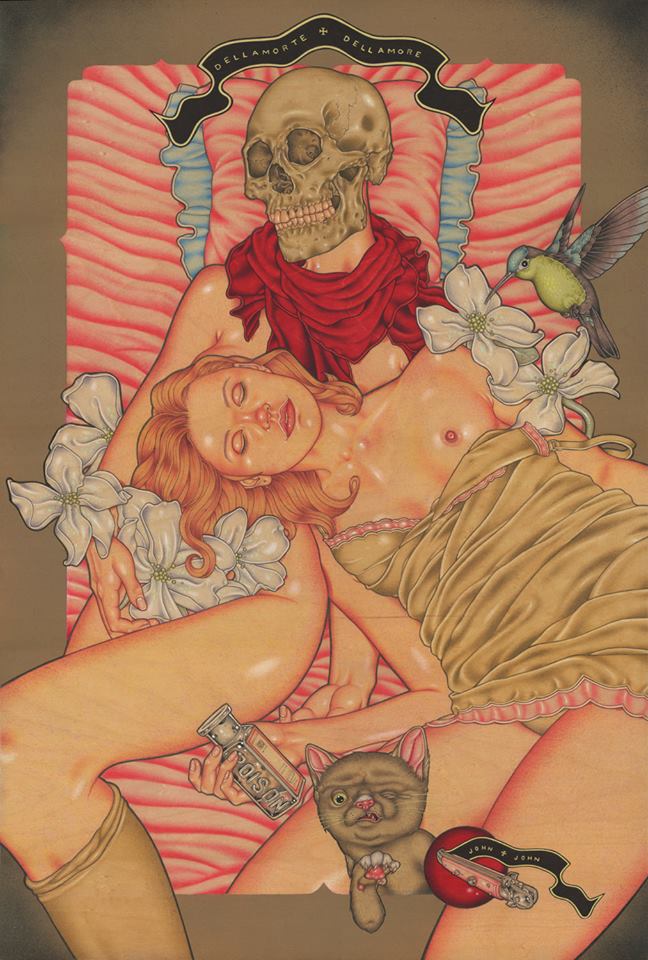 16 of the Coolest and Smartest Business Cards Ever Made