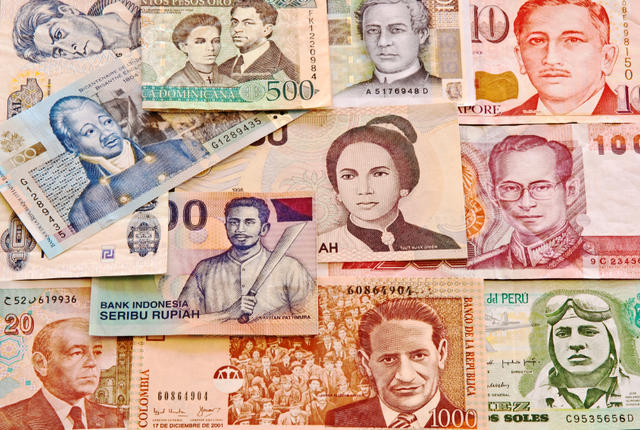 Danish author Hans Christian Andersen is mostly known for his classic fairy tales like “Thumbelina,” “The Little Mermaid,” and “The Emperor’s New Clothes,” which were published in the late 1830s. The Danish government issued Andersen’s likeness on the 10 Kroner note in 1952 until Danish Councillor of State Cathrine Sophie Kirchhoff replaced the writer on the banknote in 1975.

In 2005, Danmarks Nationalbank issued five special 10-Kroner coins, as part of a year-long “Andersen Year” to celebrate the bicentennial of the writer’s birth.

In 1994, the Royal Bank of Scotland issued special commemorative £1 banknotes featuring Robert Louis Stevenson—author of Treasure Island, Kidnapped, and The Strange Case of Dr. Jekyll and Mr. Hyde—to celebrate the 100-year anniversary of the novelist’s death. The banknotes featured Stevenson’s childhood home in Edinburgh and his final resting place on the Samoan Islands.

The Central Bank of Ireland issued £10 banknotes featuring Ulysses writer James Joyce in 1993. The back of the note features Joyce’s signature and a line from his final novel,Finnegans Wake, which read, “Riverrun, past Eve and Adam’s, from swerve of shore to bend of bay, brings us by a commodius vicus of recirculation back to Howth Castle and Environs.”

The Central Bank of Ireland discontinued the banknote and replaced it with the Euro in 2002. However, a special commemorative €10 coin was minted to honor James Joyce in 2013. The coin featured his portrait and an excerpt from Ulysses: “Ineluctable modality of the visible: at least that if no more, thought through my eyes. Signatures of all things I am here to read…”

In 2009, Turkey debuted a 50 (Turkish Lira) with Turkish novelist and women’s rights activist Fatma Aliye Topuz on the reverse side (the country’s first president, Mustafa Kemal Atatürk, appears on the front of all Turkey’s Lira). Born in 1862, she is one of the first female novelists from Turkey and has six novels to her name, including Useful Information, Dream And Truth,and Scenes from Life.

In 1966, Award-winning author Henry Lawson was showcased on the $10 Australian bill. Lawson’s poems, short stories, and novels reflected the hardships and triumphs of the “underdog” class in Australia’s outback without romanticizing them.

Novelist and poet Sir Walter Scott is attributed with saving the Scottish banknote. In 1826, Parliament attempted to end production of all banknotes under £5. Using the pseudonym “Malachi Malagrowther” (one of the characters in his novel The Fortunes of Nigel), Scott wrote a series of letters to the Edinburgh Weekly Journal urging Parliament to give the right to continue to print money to the Bank of Scotland.

These letters elicited such a strong response from the population that Parliament issued the Bank Notes Act 1826, which allowed Scottish banks to print one pound banknotes. As a result, The Bank of Scotland printed every banknote with Scott’s likeness on the obverse side to honor the writer.

In 2004, the Bank of Japan put novelist Ichiyō Higuchi on the ¥5,000 bill. She became the third woman to appear on Japanese yen, after Empress Consort Jingū (1881) and poet Murasaki Shikibu (2000). Higuchi gained popularity throughout Japan and its literary establishment for her stories about the plight of the women working in Tokyo’s red-light district. In 1896, she died of tuberculosis; she was just 24. 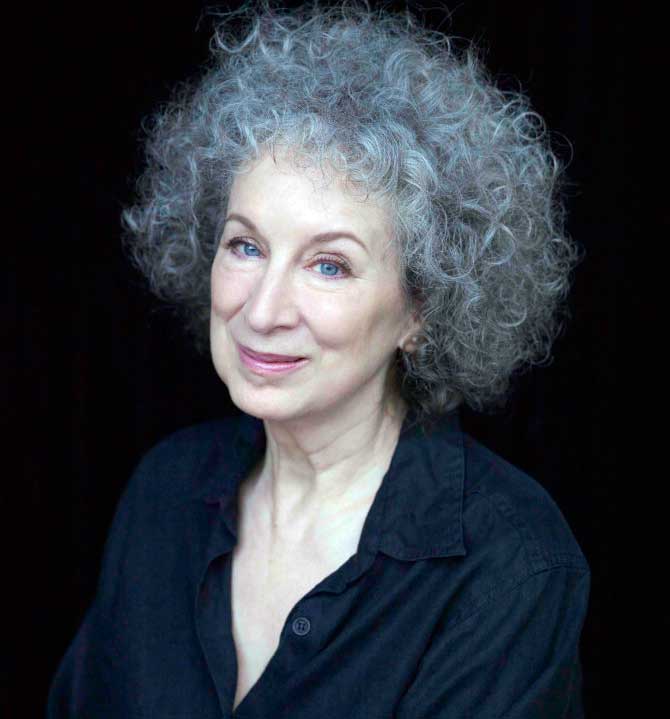 Sneakers Transformed Into Art -by FILFURY

“When the wood go, wildlife goes”: A Magazine Campaign Against Deforestation