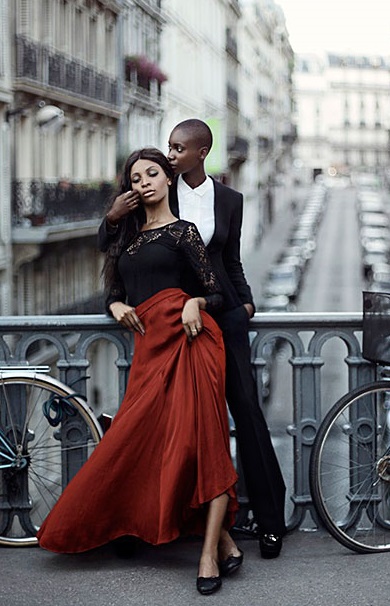 New York-based photographer and visual artist Braden Summers travelled around the globe to create a beautiful photo series representing romantic scenes exclusively with gay couples. The photographs in the Kickstarter-funded “All Love Is Equal” project show a non-stereotypical representation of gay couples in iconic romantic scenes that were shot in 6 weeks and in six different countries: the UK, France, India, Lebanon, Brazil and the U.S.

“When thinking of iconic romance, ask yourself if any imagery (paintings, photographs, film-stills) comes to mind that is not showing heterosexual couples? Probably not,” points out Summers, who identifies himself as gay.

“A large driving force behind creating this series was actually less about affecting the gay community directly, and more about giving the general population a way to relate to gay imagery which is devoid of sex, victimization, or banality – themes that might usually prevent some folks from connecting,” writes Summers. “The photographs are not documentations, they are dreamy illustrations of what open expressions of love in different cultures *could* look like in the future, more accepting time.”

Ethnically appropriate models were used in most of the cases only to assure the safety of real LGBTQ members. Summers is eager to continue the project, travelling around the globe to expand our understanding of the beauty and diversity of love. Rare Polaroids From The Sets Of Famous Films