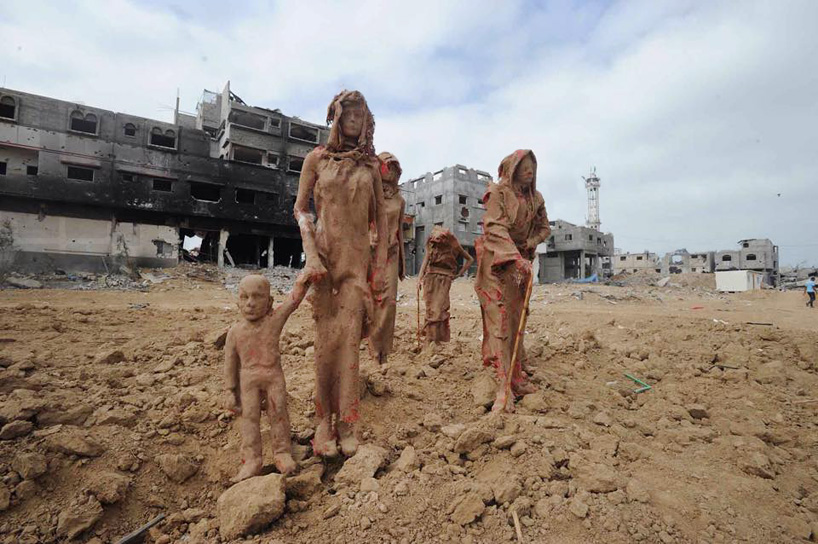 As a symbol of the suffering of citizens in the shuja’iyya neighboorhood of gaza, where inhabitants have had to flee their homes from destruction, palestinian artist iyad sabbah has set a family of clay figures wandering away from the war-torn wreckage. The models that comprise ‘worn out’ seem almost mummified, as if completely consumed by the death and devastation surrounding them; a man holds a child in his arms, a woman grips the hand of a small boy and the elderly stagger through the detritus. Placed in front of blown-up buildings and the exploded residue of residences, the sculptures and their blood-stained bodies are representative of the everyday conflict and ruin faced by residents of gaza, and seeks to commemorate the victims of the latest war.

all images courtesy of Iyad Sabbah 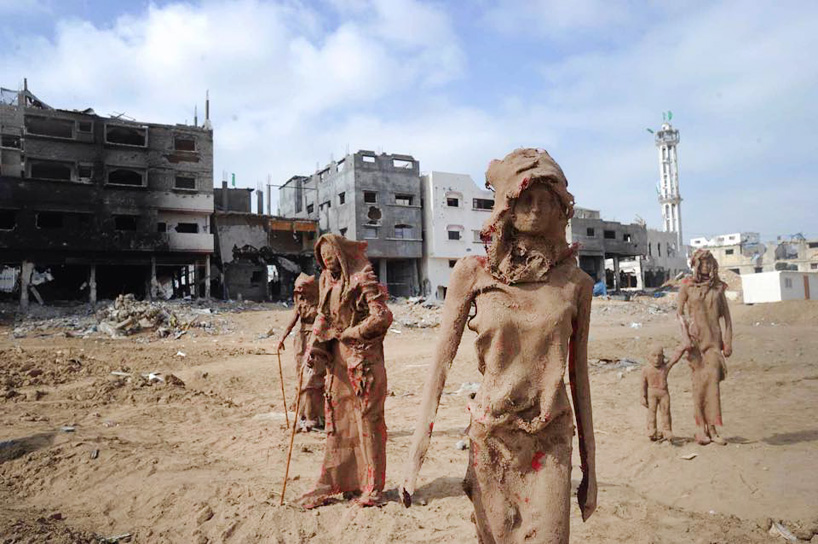 The clay models seem to be almost mummified 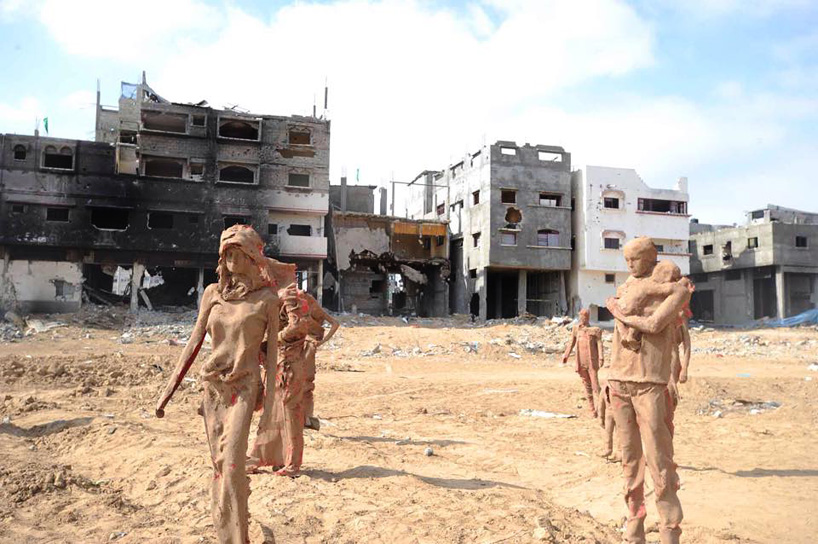 The family of sculptures wander away from the war-torn wreckage 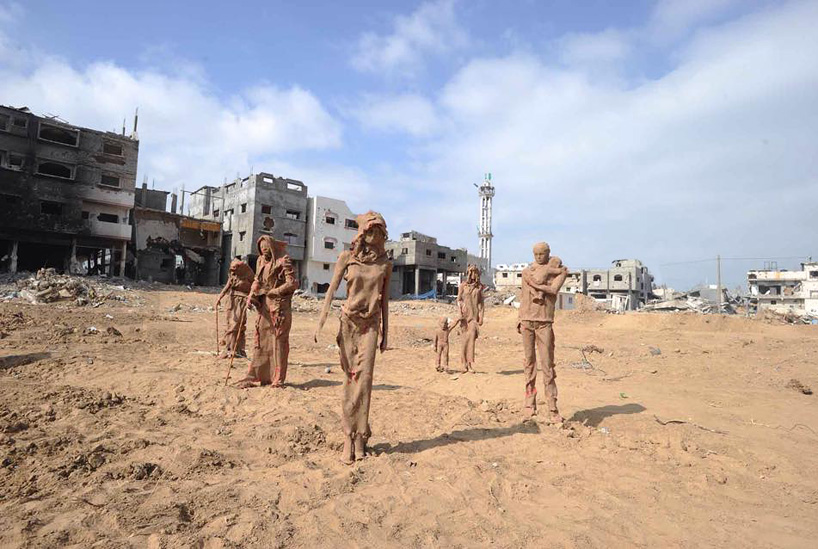 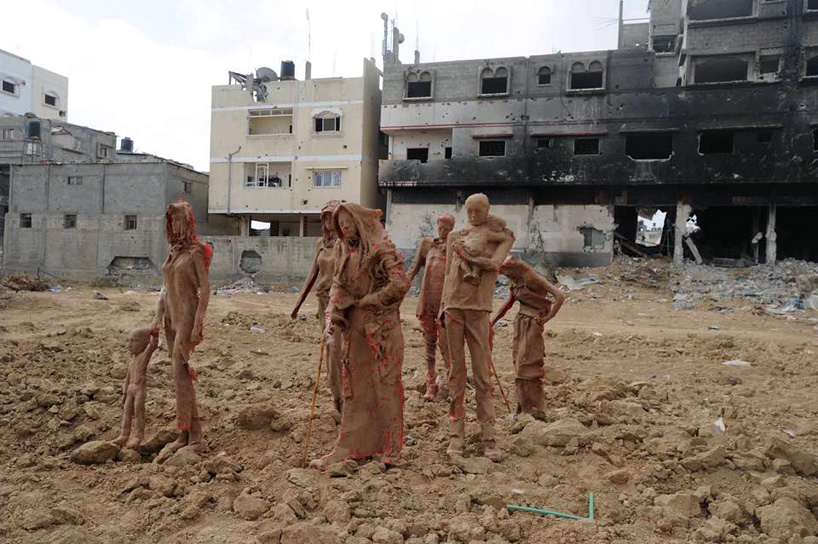 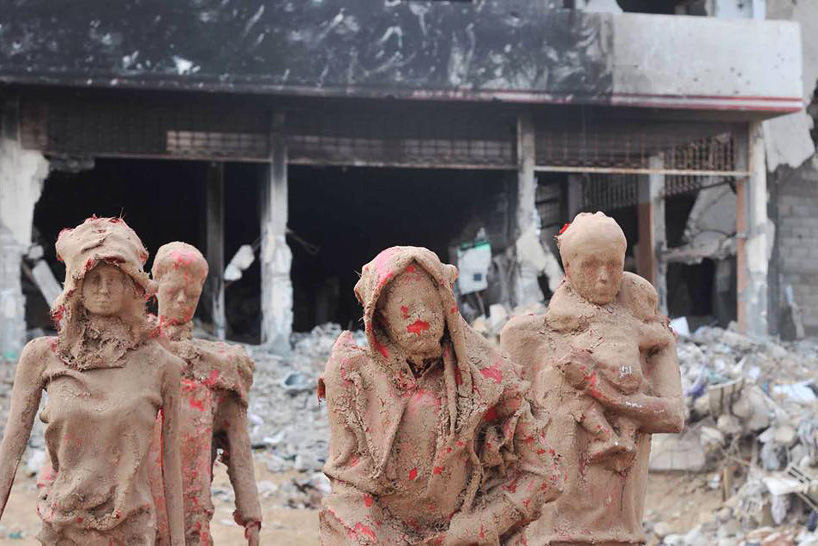 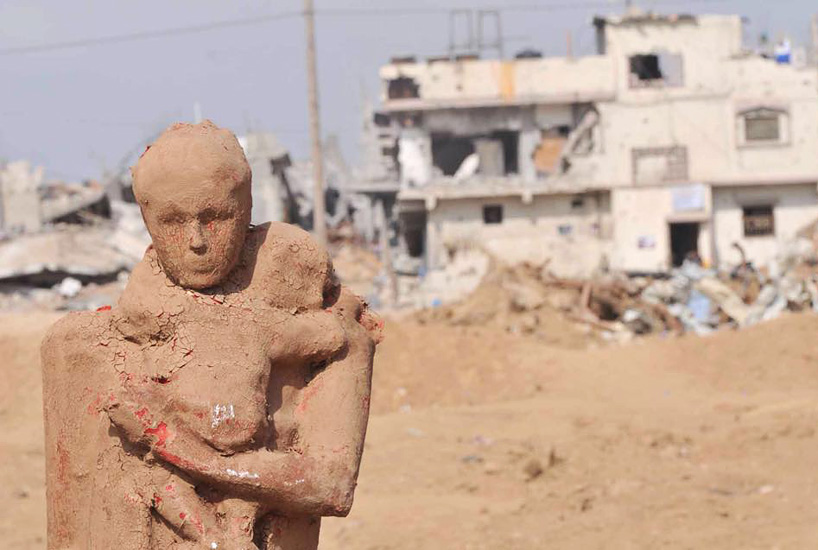 ‘Texts From Your Existentialist’: When Classical Paintings Blend With Nihilism